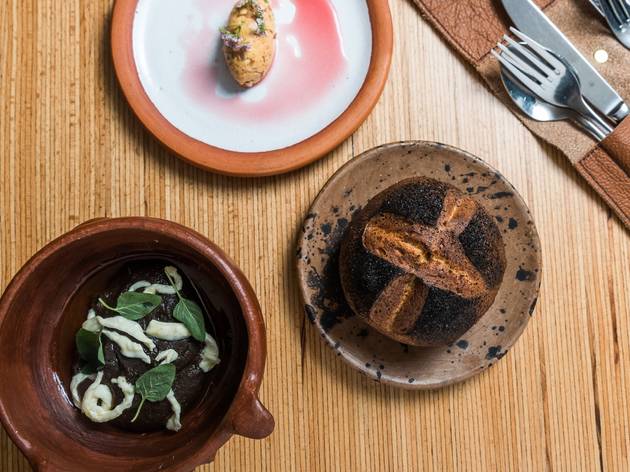 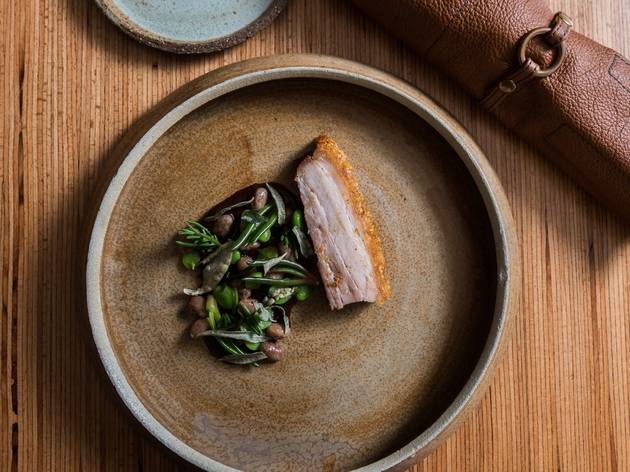 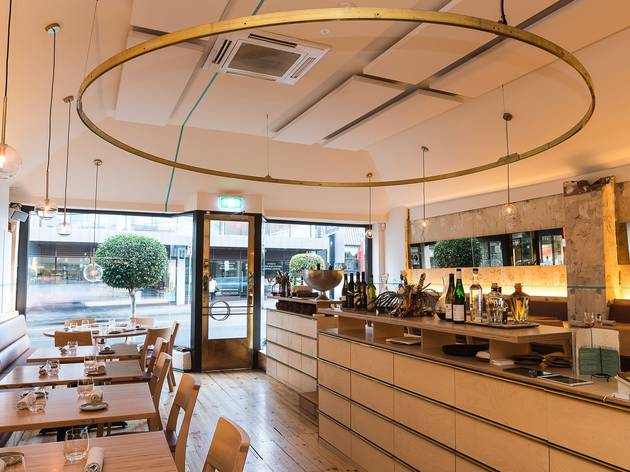 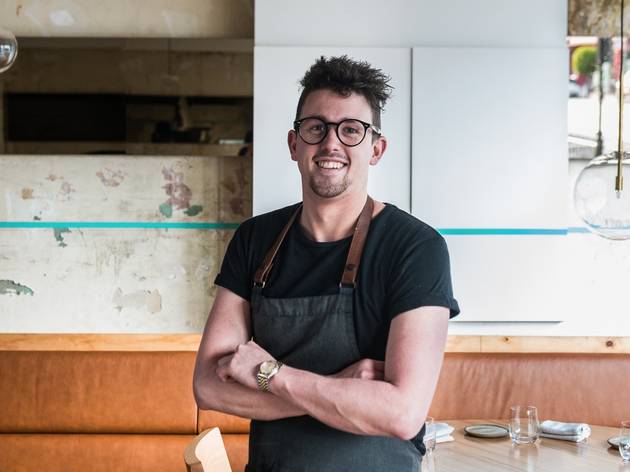 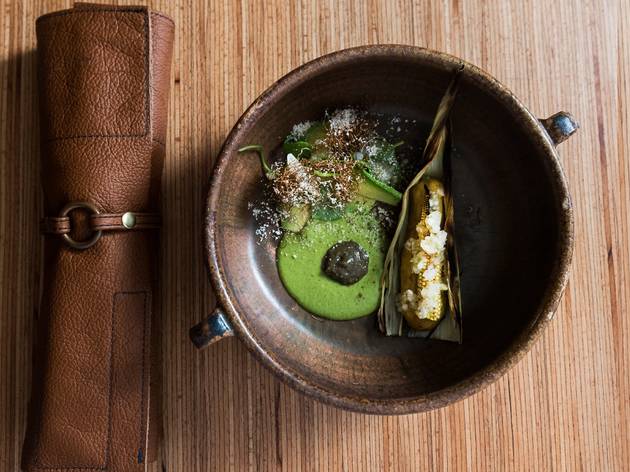 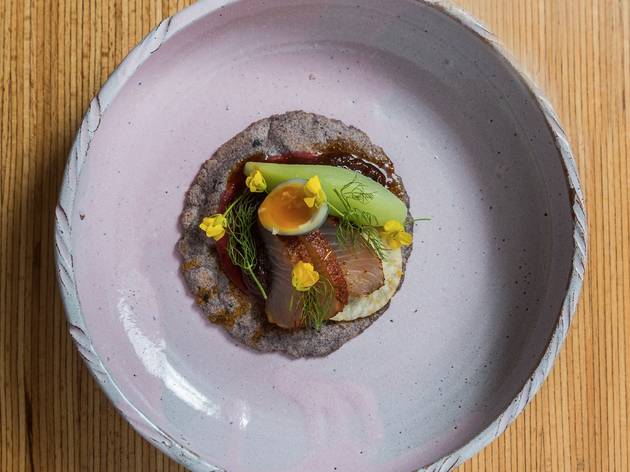 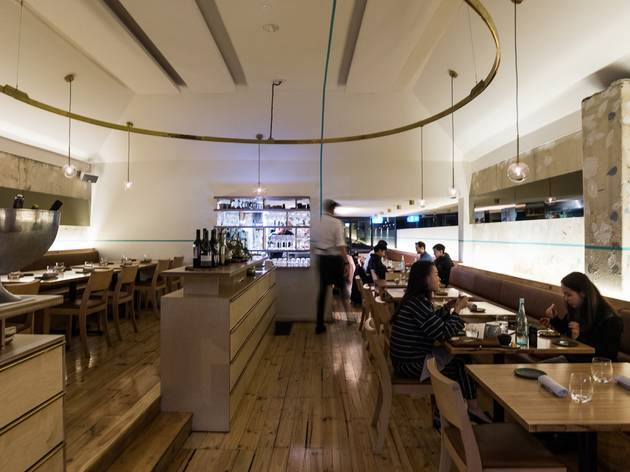 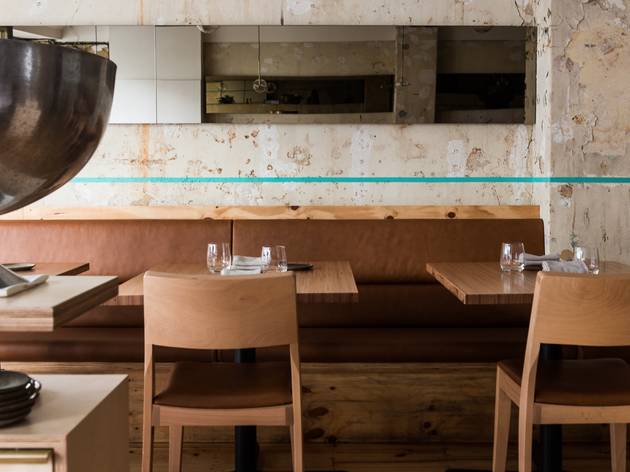 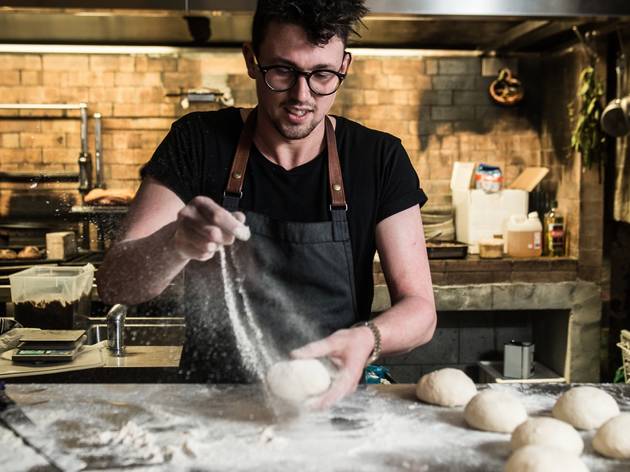 If more evidence was needed that we’re moving into a truly post-commitment food world, look no further than South Yarra restaurant Atlas. This smart little fire-focused establishment started off at the tail end of last year in Vietnam, moved on to Israel then Korea, and has now conquered Mexico. In its first year of life, this uniquely shape-shifting, globe-hopping restaurant has made like a drunken backpacker with a round-the-world ticket.

Shifting between four cuisines from three continents in the space of 12 months might be a cakewalk on a Contiki tour, but for a chef it’s a conceptual deal of Everest proportions. That Charlie Carrington manages to do it with such conviction after spending only two weeks in each country for research is remarkable. And now here we are on the fourth stop south of the border, and the premise is only growing stronger.

This menu is his best yet, five courses that make no claims to authenticity but still manage to bridge the street purveyors of Oaxaca and the fine diners of Mexico City convincingly. You start with a warm loaf of excellent, charred bread made with a mix of wheat flour and masa (corn) to give it that tortilla-like aroma and dusted with burnt corn for extra authenticity. It comes with a complicated and delicious anchoa butter surrounded by a sweet moat of blood orange syrup. There’s a big-flavoured, gloopy dip of refried beans charged with stringy, salty white Mexican cheese that tags along in a curious hand-thrown pot (the crockery is a big deal here – rough-hewn and utterly covetable, it changes with the countries and plays an important part in scene-setting).

A housemade tostada that you won’t be able to stop thinking about lands alongside a bright avocado slurry – pickled Serrano chilli and sour cream making it the best guacamole you never had. Ditch the cutlery and go all in with your hands. There’s kingfish, rubbed in a spice mix of garlic, cumin, black and white pepper and cinnamon (the red stain is from annatto seeds) and propped on a charry-edged blue-corn tortilla with a support cast including a crunchy wedge of raw choko and a hibiscus syrup-pickled quail egg that altogether makes a dish that’s nuanced and unique. A slice of pork belly blushing with a sweet tamarind glaze shoulders up to a mole made from 37-ingredients – let’s not list them all, but say it’s darkly, richly mysterious – and a bean salad dressed in thyme and roast garlic. And rounding it out is a dessert that relaxes into the theme with a deconstructed concoction of Mexican dulce de leche-style ice cream and chewy dehydrated churros crumbs brightened with fresh watermelon and lime meringue.

The five-course set menu – ridiculously good value at $65, by the way – evolves over its four-month season and changes utterly at least three times. It’s an antidote for the bored gourmands of Melbourne as well as the smartest way we’ve seen to draw a repeat crowd. All in all, Atlas has beaten the odds to become both the very definition of the welcoming neighbourhood bistro as well as a joint with pan-Melbourne pulling power. And the beauty of it? Time Out’s best new restaurant of 2017 could conceivably turn out to be our best new restaurant of 2018. Because with a deal like this, Atlas will never get old.