They say the third time’s a charm, but Bluebonnet’s finally home in their fourth location, slicing up good ol’ American barbecue

Collingwood, Carlton, North Fitzroy; no, we’re not listing your share house rental history, these are the locations of Bluebonnet’s last three addresses. But after this wandering American barbecue joint's third location fell victim to Melbourne’s obsession with redevelopment, they settled on a permanent home (and signed a 20-year lease) on the buzzing Lygon St strip of East Brunswick, a stone’s throw away from Rumi, Bar Idda, 400 Gradi, and the Alderman.

Seeing as Bluebonnet’s had a few goes to get their fit outright, it is no coincidence that the new restaurant has considered every possible scenario for every person, only this time around, they’ve gone for the grand dining hall aesthetic over the junkyard look. There’s outdoor seating for those who like to be elbow-deep in ribs with wind in their hair; large tables next to windows that open(!) for families requiring kid-and-pram space; high top spots for a catch up over a pint and a chew; dining room tables for a more intimate setting, and bar seating. They’ve even thrown in a pool table in a side room so you can linger amongst the swanky wood, whisky and meat.

The food is almost the same as what chef Chris Terlikar has been slinging in the past, but there’s more. More meaty options like a one-kilogram Black Angus beef tomahawk steak, beef cheek and smoked, fried chicken served by the quarter bird. Meats come in one hundred or two-hundred grams, but barbecue sneaks up on you, so to sample more stick with the smaller serves. And of course, there's more fixins than before, like a black garlic corn bread, bourbon-glazed carrots, or chilli cheese grits.

A heavily-peppered beef cheek falls apart, the connective tissue melting into the muscle from the slow and low cooking and yielding a tell-tale pink ring under the bark, which signifies a victory for any pitmaster. Less successful is the thinly sliced brisket, which to us seems a tad dry and low on that desired lick of smoke from the oak and ironbark. The snag of the day changes and on this occasion it's a chunky and perfectly seasoned leek and pork sausage. It would benefit from being served with a steak knife or pre-sliced as the provided cutlery tears the flawlessly snappy skin and mashes the interior, releasing a flood of fat and juices and undoing all the hard work of the chefs.

If you’re thinking about ordering the grits, do it. The cheesy cornmeal isn’t as loose as you’d get in America, though it does arrive in a generous serve topped with a shredded beef chilli, pickled jalapenos and a whack of cool sour cream that is a great accompaniment to anything smoked. For something less traditional, a whole head of baby gem lettuce is sliced from head to tail, smothered in an aioli heavy with anchovy, and capped off with a substantial snowfall of Reggiano, which makes this umami-bomb of a Caesar-esque wedge look more like Mount Buller in July rather than a boring collection of dressed leaves.

The drinks list receives a shake-up, too, with seasonal cocktails utilising offcuts from the kitchen. There's a vodka, leek and apricot soda, and highballs with an injection of nectarine puree to sweeten the classic. Smart.

Bluebonnet mark four is definitely the most ambitious incarnation yet, serving up large successes in both dishes and atmosphere, but also a few stumbles. If meat is the be all and end all of a dining experience, give the venue a few months to settle into their new digs, but if you’re up for a rollicking good time, look no further 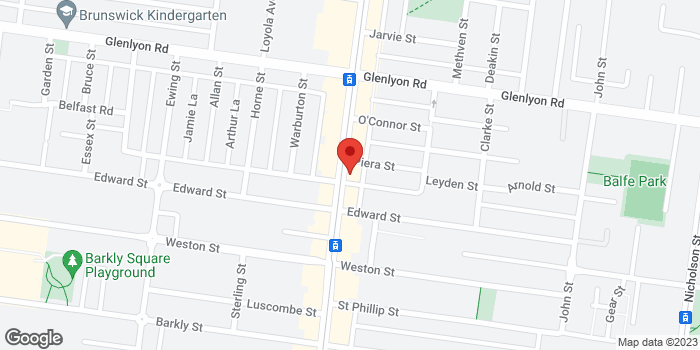