Restaurants Richmond
3 out of 5 stars 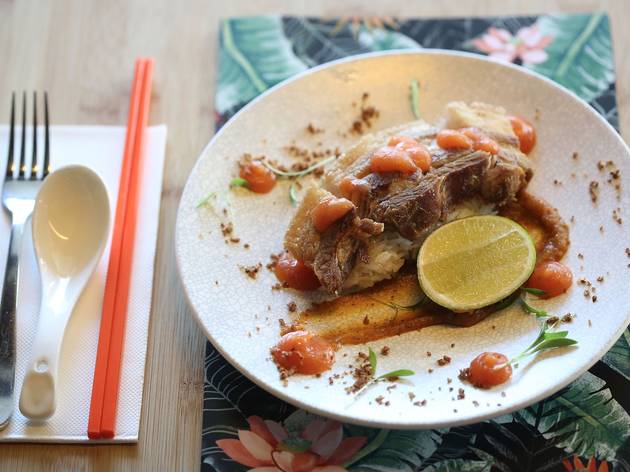 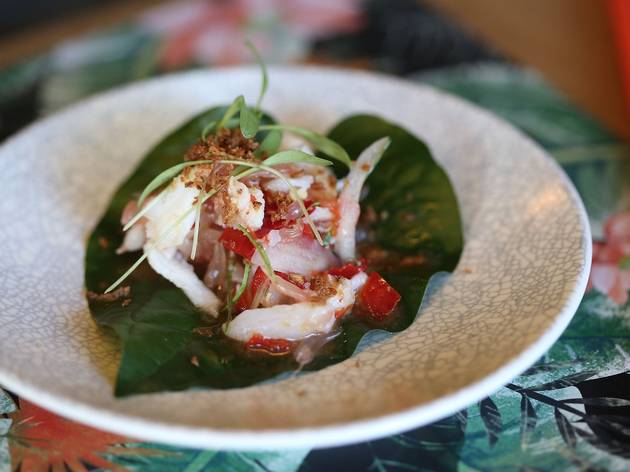 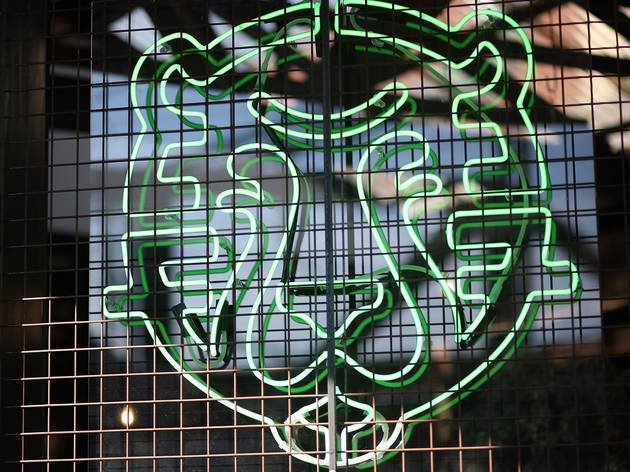 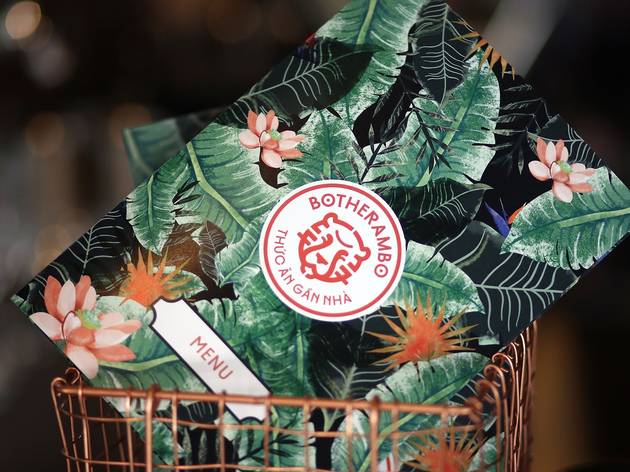 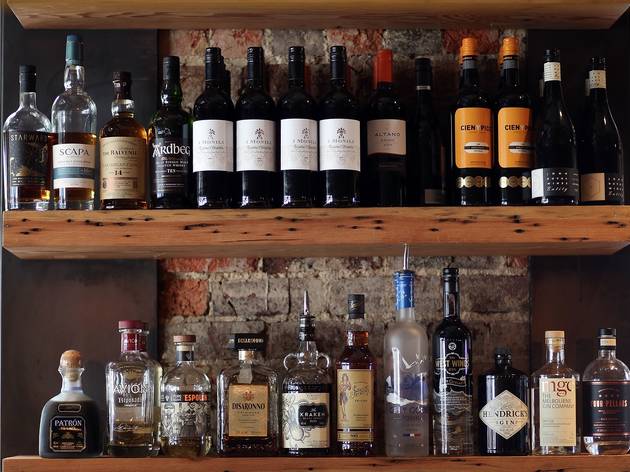 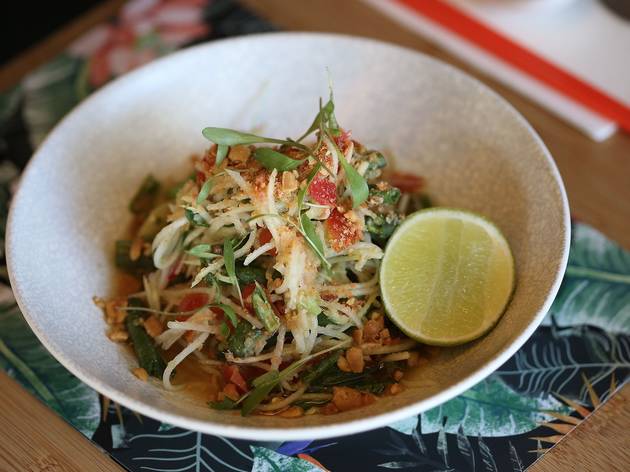 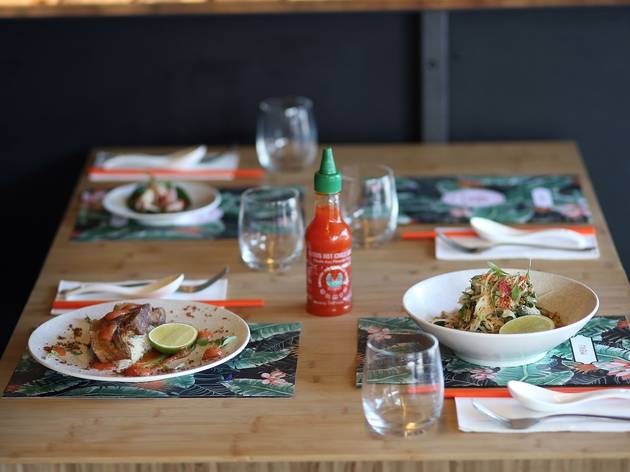 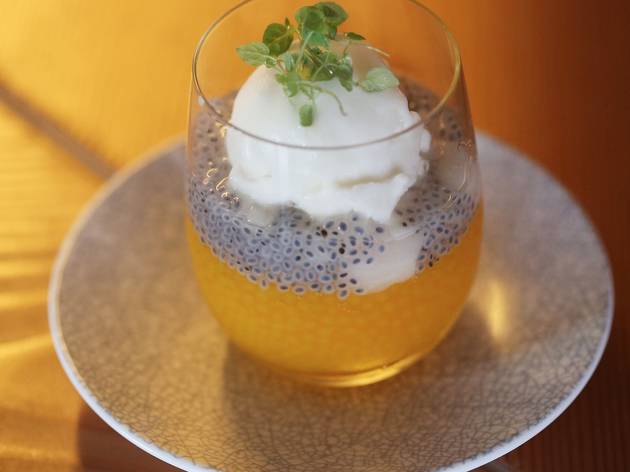 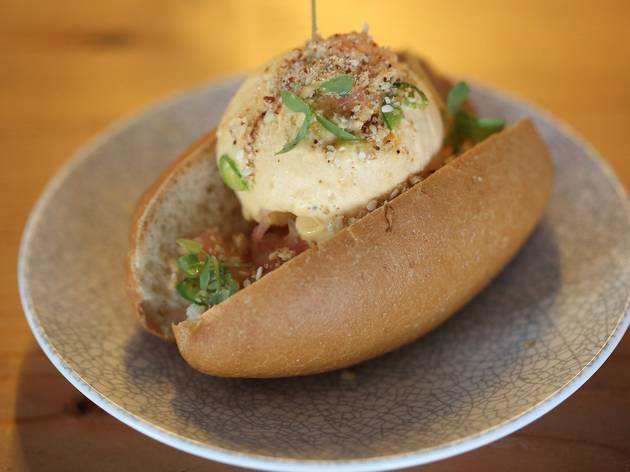 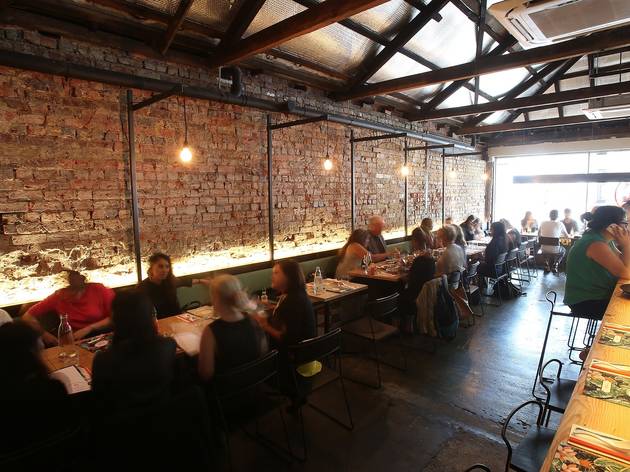 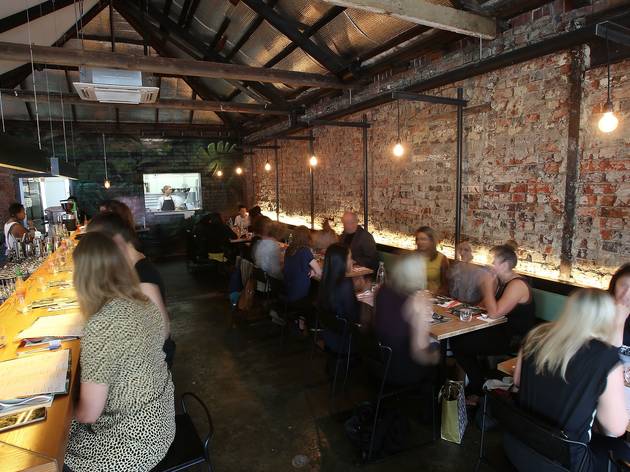 Southeast Asian food gets downright frolicsome at Botherambo. But first you’ll have to queue for it

The queues, the queues… there’s no escaping them. So you might as well head to Botherambo’s atmospheric little holding bar, separated from the street by open-air wire mesh, and get friendly with a Singha beer while waiting for the text message that ushers you to the inner sanctum. This cranking part of Swan Street, across Botherambo Street from the Corner Hotel, has traditionally been more about booze than betel leaf, but this Thai-Viet newcomer is blowing the winds of change.
The aerosol jungle-foliage mural, exposed red brick and rough-hewn pitched roof shows we’re not in erstwhile tenant Samantha’s Pizza Heaven anymore, Toto. New Richmond is digging in with the help of chef Kam McManamey, last seen at Docklands’ BangPop, and with time at Geoff Lindsay’s Dandelion under his belt. Botherambo might lack such upmarket nuance, but it finds a good synchronicity between the native zestiness of the food – the herbs and shallots, the lime and lemongrass, the fish sauce and dried shrimp – and the frenetic energy of the tatt-checking crowd.
The menu kicks off with Asian party favours – betel leaf piled generously with prawn and herbs with a salty sprinkling of salmon roe; a son-in-law egg with a good squeeze of lime on top of its nam jim – all promisingly perky. Fried squid with swipes of Kewpie and chilli sauce makes perfect sense as drinking food, as do the hubcap-sized fried rice crackers with an addictive lemongrass-accented nam prik. The som tum (green papaya salad) finds its balance between sweet, sour and salt (dried shrimp is discernable without dominance) although the chilli is dialed down to levels best described as WASP.
If we’re being pernickity it’s worth pointing out that the Thai-ish fish cakes are oily and not discernably fishy (they’re made with Cone Bay saltwater-farmed barramundi). Dry, fall-apart chicken-and-chive dumplings in an oddly sweet broth fail to make an impact other than disappointment.
The chicken jungle curry with plenty of textural support from palm heart and snake beans gets most of its flavour from kaffir lime before the scorching heat obliterates the tastebuds. The waiters are under the pump but they’ll offer milk before the first sign of distress. It might be needed. And all roads lead to the beef cheek, highlighted under a menu flourish as the signature dish (and, at $38, the most expensive item on the menu). It’s worth it: the gelatinous hunk of meat is cooked to the point of softness rather than mushy collapse, with a mandarin and kaffir lime sauce (a positively restaurant-y outbreak in a sea of street cred), met with the sour kick of tamarind.

Did we mention Botherambo is busy? There’s hustle on top of the bustle and the waiters will politely give diners the hurry-up when their coconut sorbet with choc-kaffir lime ice magic is finished. Get your skates on. Botherambo’s for a good time, not a long time.