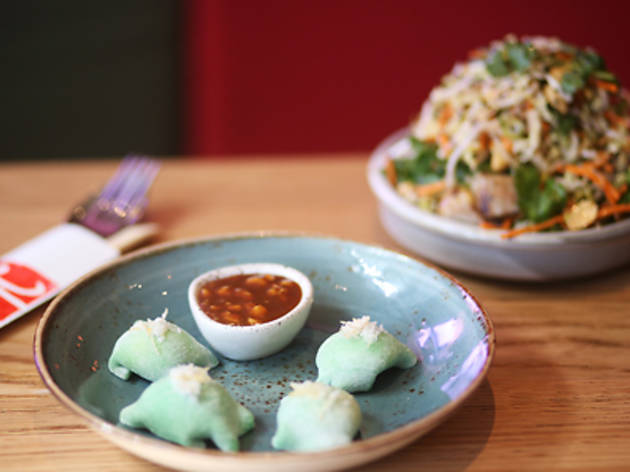 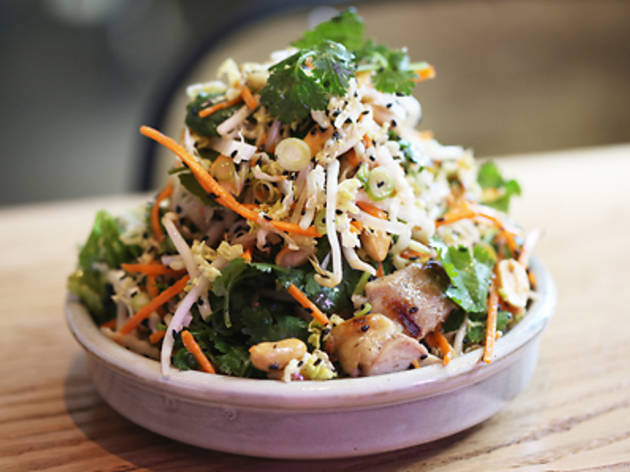 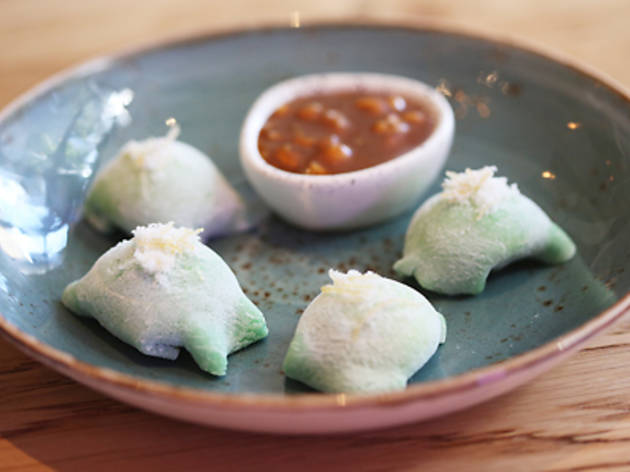 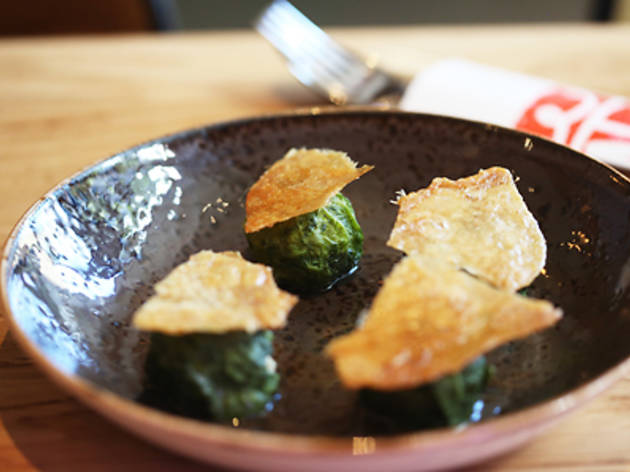 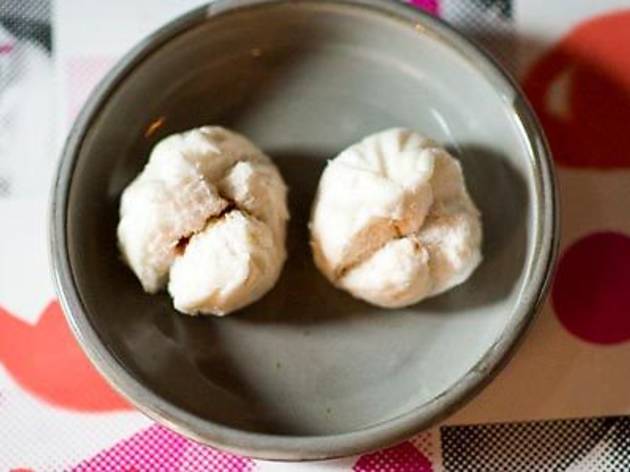 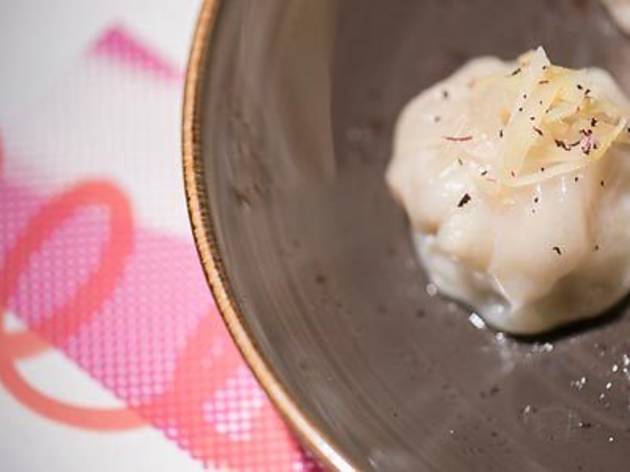 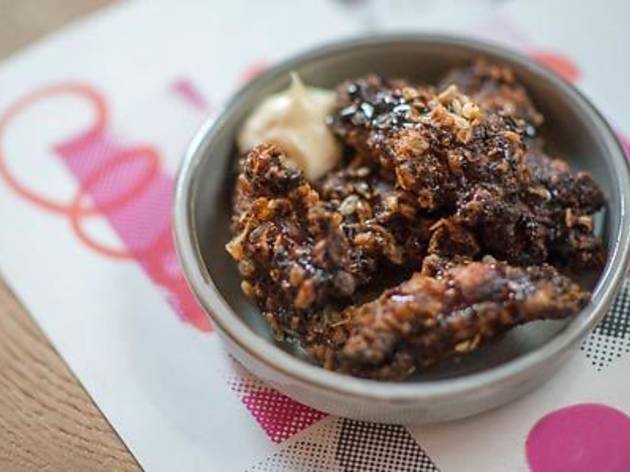 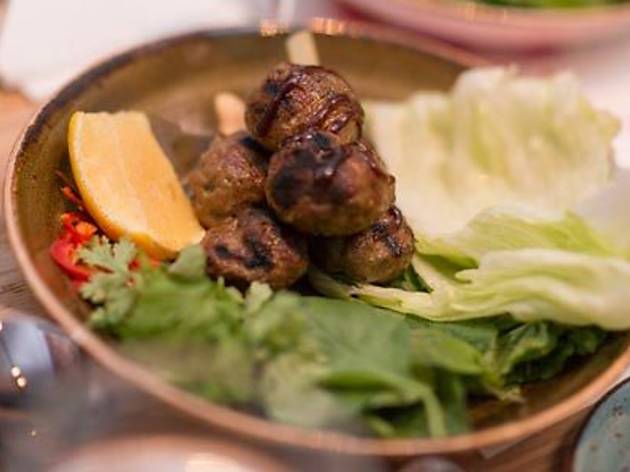 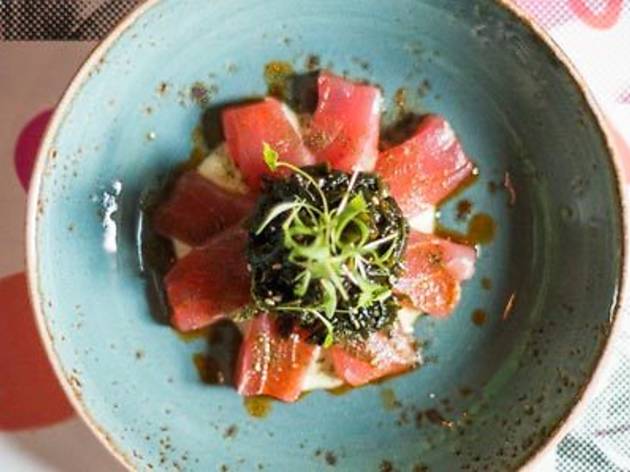 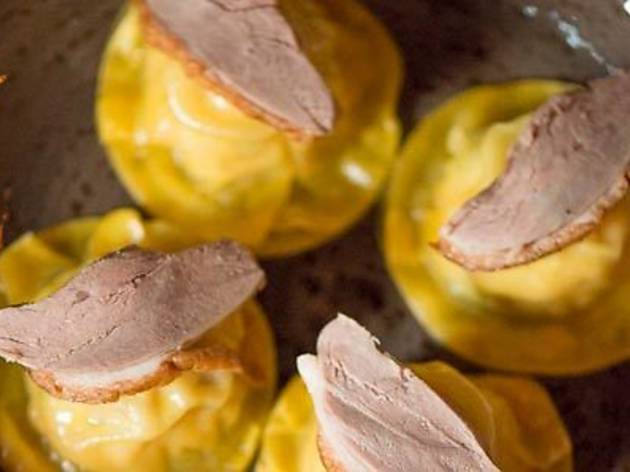 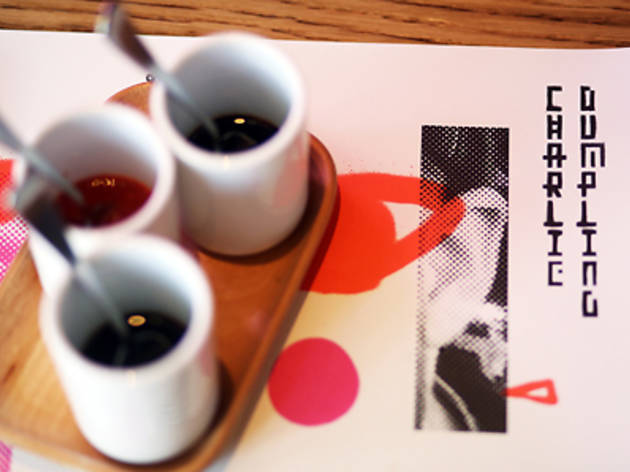 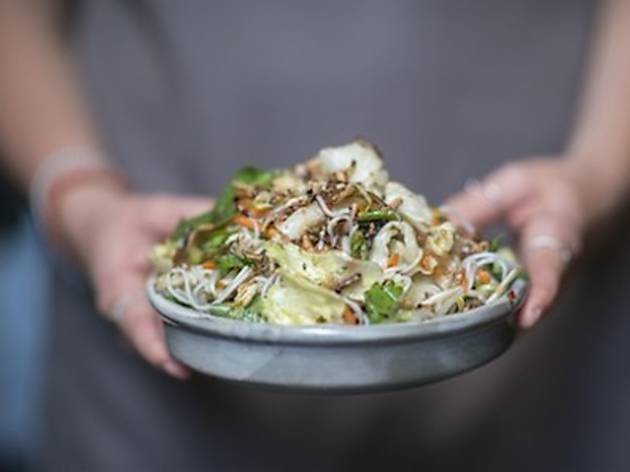 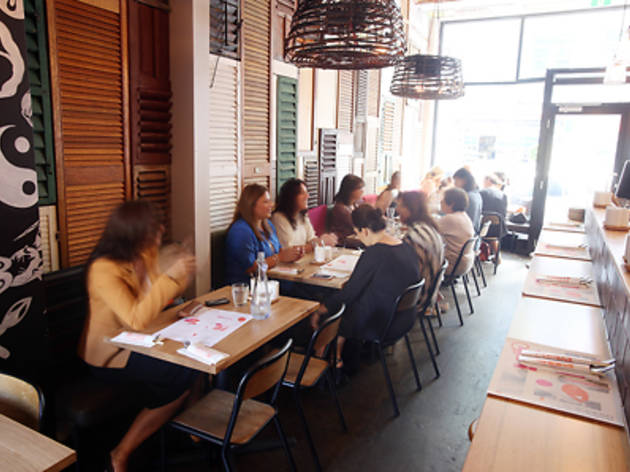 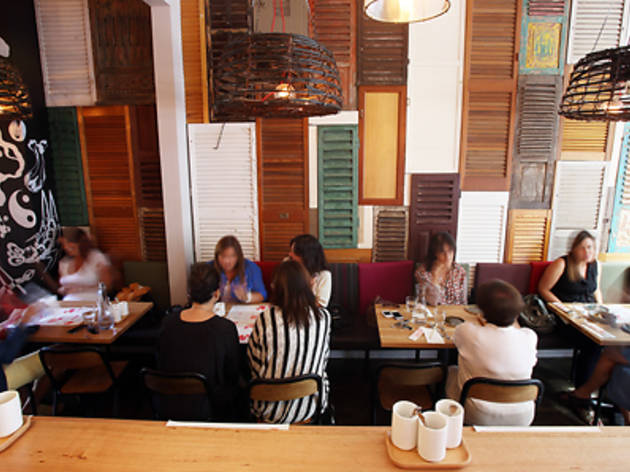 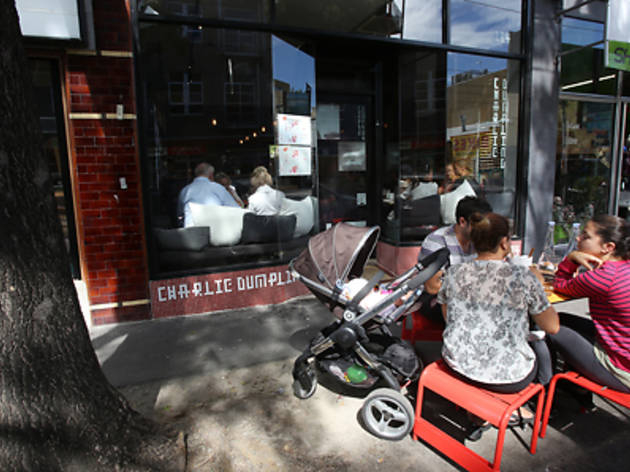 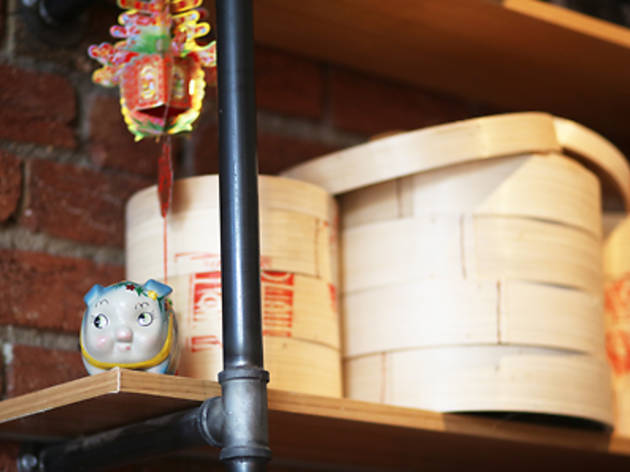 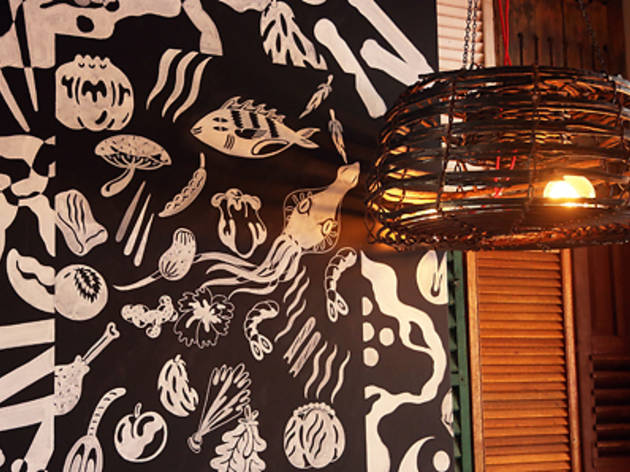 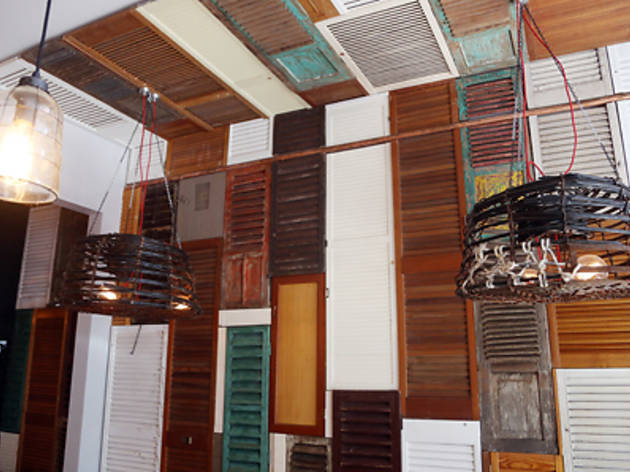 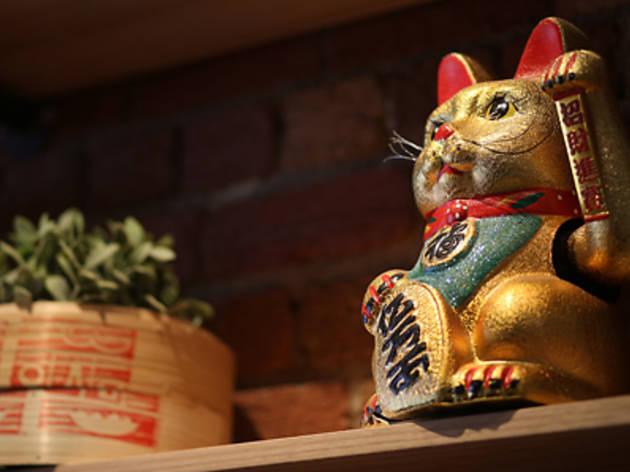 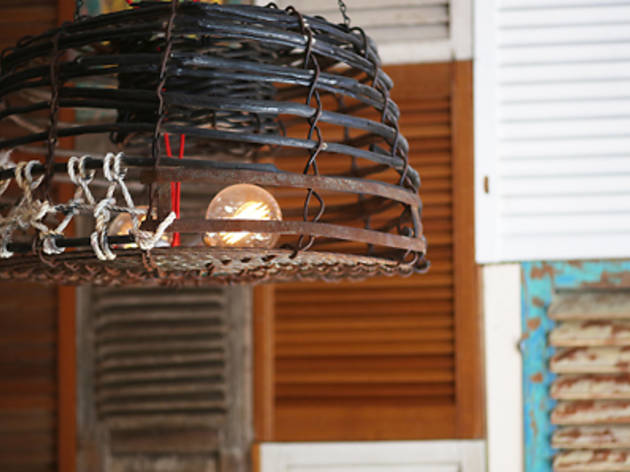 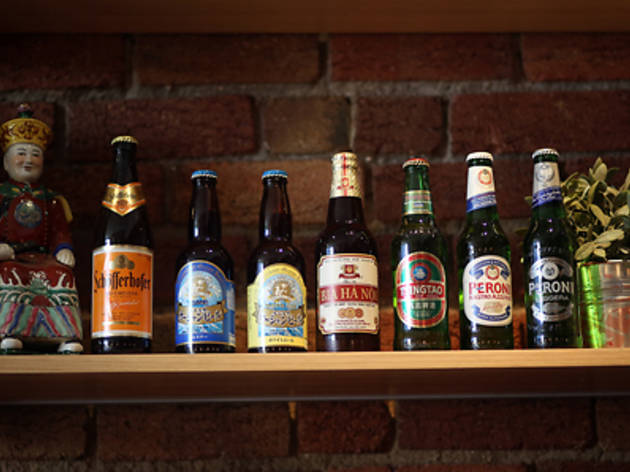 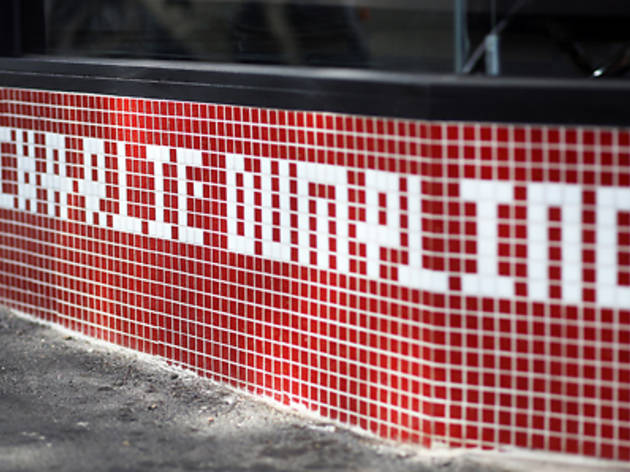 Chef Dylan Roberts is reinventing the dumpling in Prahran

Prahran is a suburb that loves its fast, furious and fun dining like no other. From 6pm, your Fonda Mexicans and Hanoi Hannahs are slinging tacos and rice paper rolls at warp speed and barely keeping up – even on a Monday. So behold our total lack of surprise that Charlie Dumpling, with its Peking duck- or chocolate-stuffed takes on Asia’s one-bite wonders, is being welcomed with open mouths.

In looks, it’s a little like Bali’s most-checked-into resort bar, Potato Head. One wall is covered floor to ceiling with that same patchwork of multi-coloured window shutters. Beyonce’s greatest hits keep time, and the bar stools, banquettes and tiny tables are packed with guys in Polos and women for whom satin skirts, blow waves, and stilettos are Monday work-wear. It’s a scene, so factor in a wait, but take heart that the eager crew are happy to pour you an Orion beer if you’re happy to drink it wedged into a corner or sat out the front while you do.

Take that time to brace yourself. Dinner is a sense-jangling ride from start to finish. Chef Dylan Roberts was last seen at Davis Yu's luminous and yelly karate-kicking restaurant Claremont Tonic (RIP) and here, he puts just as much sugar, salt and spice into his pan-Asian plates.

Get the party rolling with chilli-salt-blasted edamame – beer snack of the svelte. They also do steamed little milk buns stuffed with coriander, Kewpie mayo and lap cheong – those skinny, salty/sweet little dried Chinese sausages, slightly akin to a Twiggy Stick. Both are no-brainer wins for flavour freaks, but really, you’re here for Robert’s experimental dumplings.

Steamed wontons encase an almost Thai fish cake mix of snapper, lime and chilli, served with a dark chilli/soy sauce for a final spicy kick. The golden wrappers are also used to capture juicy shreds of Peking duck into little ravioli-shaped parcels, each one crowned with a piquant dollop of plum sauce.

The wontons aren’t as supple as they could be, but the flavours make a strong argument for punching a hole through the known universe of dumpling stuffing. As do juicy balls of gingery chicken mince wrapped in Brussels sprout leaves and capped with a chicken-skin crisp. Order a double round of those suckers, and keep the carb-free train rolling with a bright punchy Chinese cabbage, carrot and bean sprout salad, full of shredded smoked chicken, nutty black sesame seeds and black pepper.

Desserts are dialled up to 11 too. Chocolate balls are batter-dipped and deep-fried into weapons of mass-shirt-destruction. The squishy mochi skins wrapped around brickettes of lemon ice cream feel a little like you're eating delicious silicone, which is novel, but paired with peanut caramel they're a little sweet for us.

It’s not a cheap-o Shanghai Dumpling night. With a drink or two, expect to drop $40-$50 a head. But it is a big barrel of high-energy high-impact fun. It's Prahran in a pretty nutshell.