Head to South America by way of Fitzroy North at Citrico

It was dubbed 'Melbourne’s whitest suburb' by Stuff White People Like author Christian Lander, and nine years later you still need cojones to fly an exotic culinary flag in Fitzroy North. But this 'hood better known for fish and chip shops and an art deco McDonald’s has put out the bunting for a Chilean-Peruvian-Argentinian joint jumping with pisco sours and ceviche. Olé.

Citrico inhabits a stretch of Queens Parade criminally under-represented in the decent restaurant stakes. It was once Chianti, a red sauce joint that tottered along for 29 years before being briefly hipsterised. In the hands of new owners Nan Kroll and partner Julio Forteza the tight snug of red brick-lined rooms, now bejewelled with a candy-striped bar and yellow bar stools, blown-glass light pendants and pots of succulents, is the kind of place that finds it remarkably easy to conjure the feeling of a neighbourhood redoubt. It's a place to forget peak hour traffic woes and the office psychopath with the help of a pisco Maria and easy-cheesy quinoa and manchego croquettes with chilli-spiked mayo.

Citrico was initially going to be a ceviche bar (Citrico means citrus, after all) but Kroll and Forteza, perhaps wisely, decided to give their new baby broader parameters. Triangulating the food of Chile, Argentina and Peru – the south of South America - might sound like a broad agenda to any natives but to an Aussie audience it translates happily enough to ceviche, and empanadas, and griddle-marked meat flavoured with char and smoke. When in doubt over any terms you can refer to the cheat sheet on the menu’s flip side to differentiate your humita from your chifa.

Three ceviches get their own menu billing. Peru’s national dish – one that manages to be both compellingly delicious and healthy – gets its tigers’ milk on with both the clasico (barramundi and sweet potato) and the Nikkei. Testament to the early twentieth-century rush of Japanese diaspora to Peru that made it the flag-waver for fusion (and provided a platform for Nobu-san to take over the world one restaurant at a time), it sees fat chunks of kingfish and a few scallops cured in their zesty stock of house-made dashi with licks of ginger, ponzu and lime, with texture coming via red onion and chifu (toasted whole corn kernels). There’s love for the vegans, too, with the Citrico invention of 'snow leopards’ milk' subbing in a lemony, peppery slow-cooked cauliflower sauce with chargrilled watermelon, palm hearts and cassava chips.

Like Italian food, South American carries its own powerful myth: the simple, convivial spot that tastes just like downtown Buenos Aires. In pursuit of such transcendence you’ll be wanting an empanada, the glossed-golden pastry pockets going traditional with beef, egg and olive or beating their own path with Peru-born chef Daniel Salcedo’s pork shoulder braised in orange, a play on the Mexican carnitas.

Salcedo’s six years at Rockpool means he certainly knows his way around a grill, evidenced by a soft tumble of octopus and squid marinated in amarillo, the Peruvian king of chillies, before a quick turn on the chargrill. A Rangers Valley rump cap, more medium than medium-rare, is simply an okay piece of meat treated well enough. Bring on the chimichurri.

The service is nicely underplayed. They don't explain the 'concept' or go on endlessly about provenance or even make a big deal about sharing. Sure, sometimes water glasses go a while without being refilled but nor are they aggressively upselling the tightly edited and not particularly expensive wine list that initially was dominated by Victorian producers but is actively spreading its remit to Chile, Argentina and Uruguay.

Special mention also goes to the kids’ meals. For $15, your little tacker gets a bento box, its compartments stocked with charcoal-grilled chicken, a beef empanada, salad and fat chips. Sorry to get all Stephanie Alexander about it, but it makes a mockery of the chicken nuggets/spaghetti Bolognese duopoly. Ideally pisco and parenthood shouldn’t mix but Citrico has read the Fitzroy North tea leaves and seen that its practical inhabitants demand compromise. We commend it to the neighbourhood. 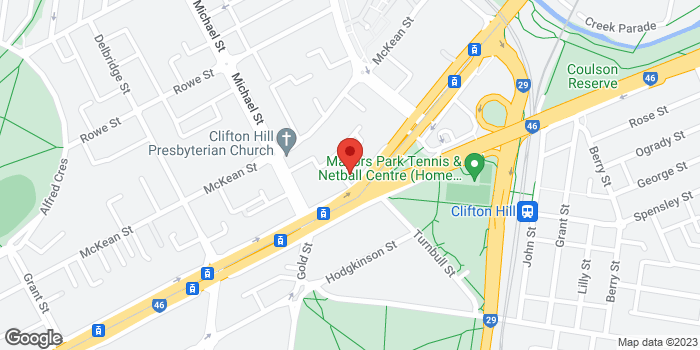