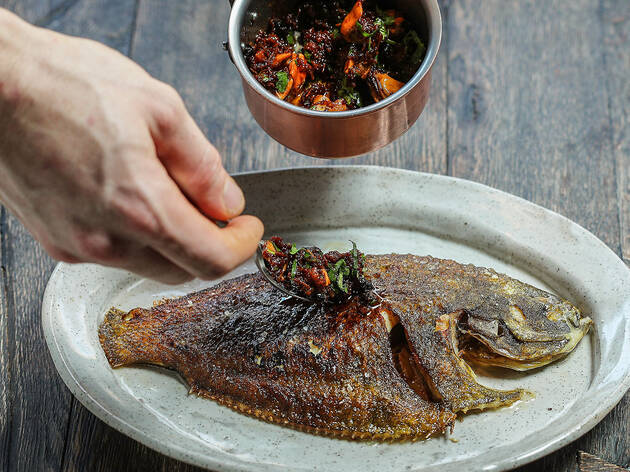 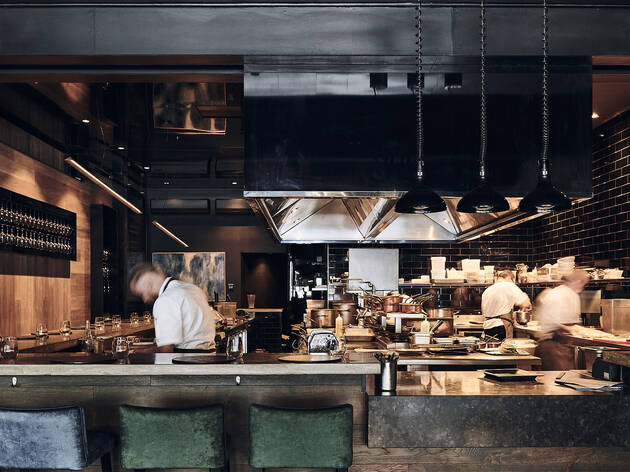 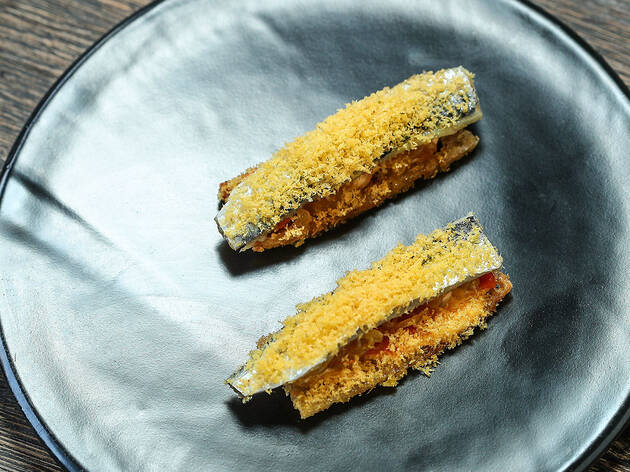 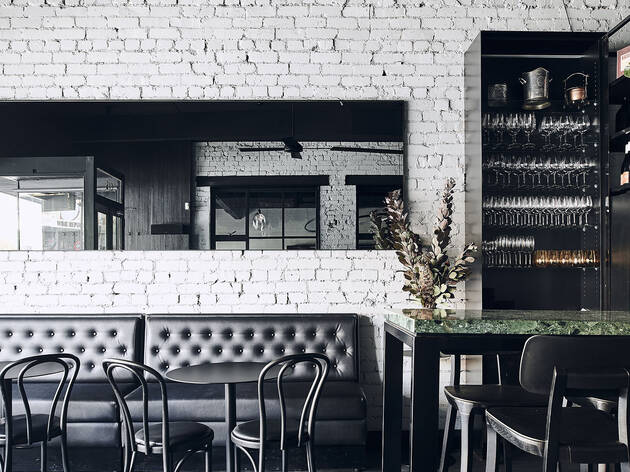 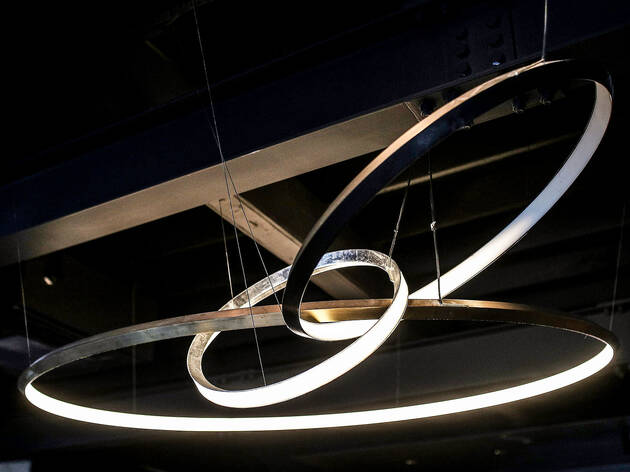 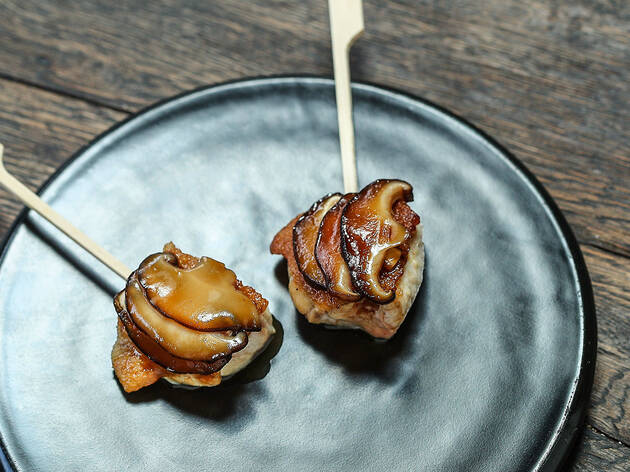 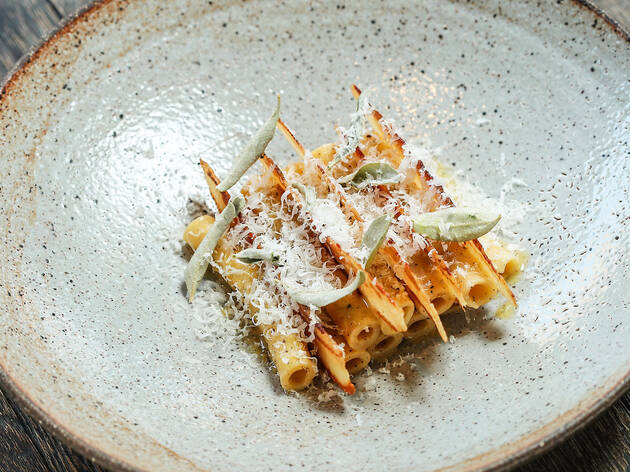 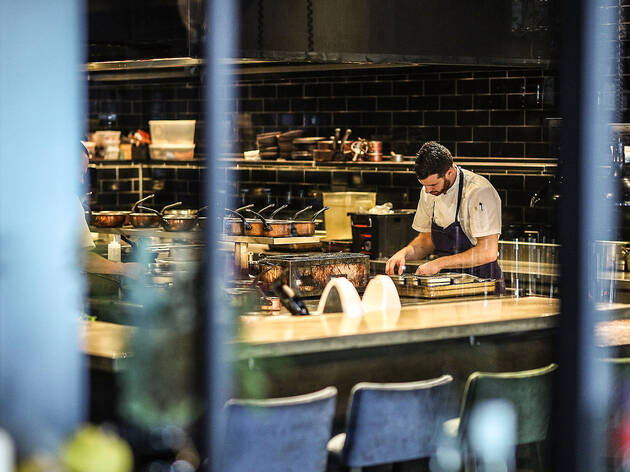 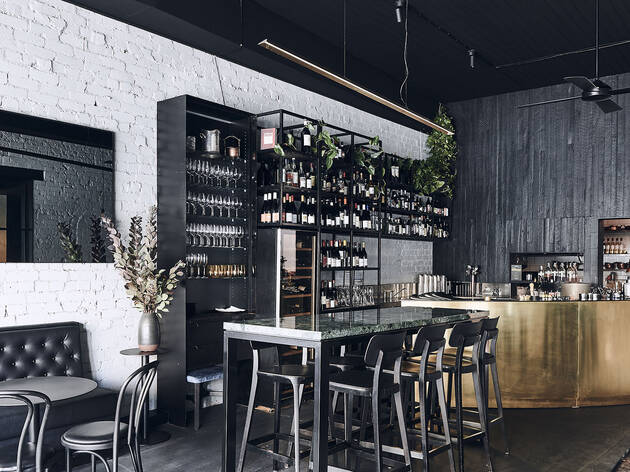 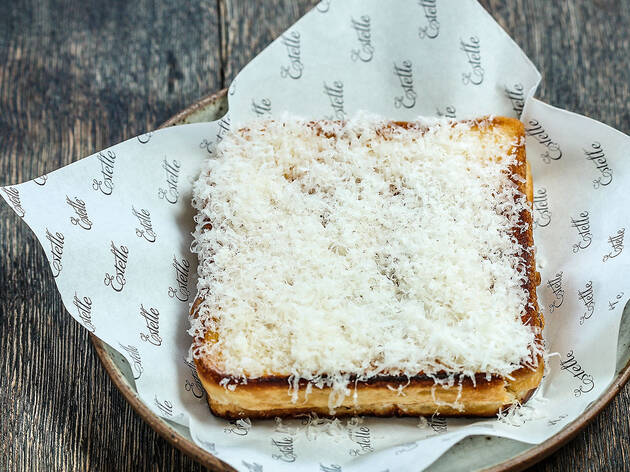 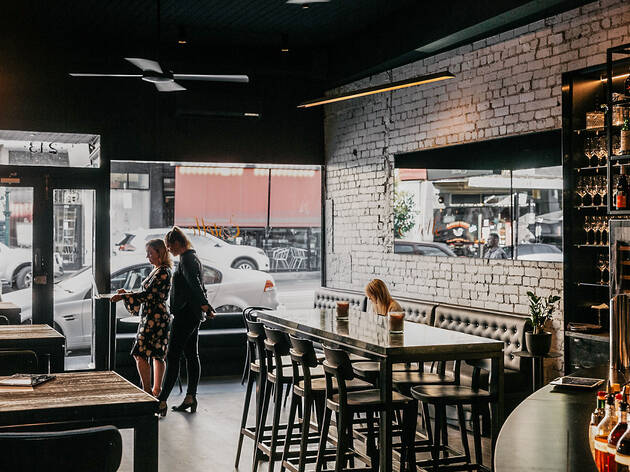 The new Estelle chooses the path of unity

The barrage of restaurants gurning for their slice of the Melbourne dining pie is a daily reminder that change is the only constant in life. Reboots are de rigueur as familiar names battle it out in a survival of the fittest industry. After Scott Pickett shuttered his fine diner ESP he combined its real estate with next-door Estelle Bistro to create Estelle - it’s a reboot of the reboot of the original mothership.

The unification hasn’t completely surrendered Estelle’s multi-faceted personality. The former bistro is now a slick bar where you can go slumming in serious style with things like the wagyu bolognese jaffle hiding under a snowdrift of salty-melty cheese, or puffed veal tendons, the bovine world’s answer to the prawn cracker, dusted with tang-tastic dashi and coffee dust. On the former ESP side, still graced by the swirling Christopher Boots light and boasting one of the most beautiful open kitchens in Melbourne, the dining gets more serious and the word “degustation” is uttered, yet the snackage remains supreme.

Pickett’s affinity for appetite-starters is unsurpassed. Here he’s delivering a round of deboned chicken wing skewers, each globe of perfectly cooked chook draped in a thin shiitake cloak glistening with kelp glaze in a one-bite win for the power of umami. Sardine escabeche on a crunchy raft of oiled sourdough shines brinily with rouille and a Verve-orange blizzard of bottarga. The always-excellent wholemeal sourdough is worth the $4 impost.

The new Estelle sits somewhere between its two former iterations. It’s a place you can go high or low, where some diners are dressed to the nines while others sport sneakers and it all seems to make sense. The menu similarly keeps a steady hand on the tiller with Pickett’s signature moves of tried and true flavour combinations dressed up with modern presentation and just a little bit of considered envelope-pushing.

The whole flounder strays much further into Asian territory than is standard for the Euro-focused Pickett, but kicks a goal with its uptown version of a Chinese classic with a complex XO giving shade to the fried bits and bobs of garlic and shallots and pearly fish. Macaroni takes it back to the Mediterranean, the pliable little hand-rolled lovelies stacked architecturally under an emulsified froth of parmesan sauce mined with pan-fried guanciale and saltbush leaves. It’s a bit like carbonara and cacio e pepe fell in love and made a baby. The comforting promise of “baby corn, truffle, parmesan”, however, is not entirely compatible with the citrus power of the lime gracing the top of the charry little veg, delivered still nesting in their silken wrappings.

There’s plenty to like about Estelle 3.0, yet for the moment at least it has lost that cosseting feeling of a restaurant where everyone is at the top of their game. Being seated in an empty bar for five minutes without a drink order being taken is noteable on a quiet night. Dining ringside overlooking the kitchen should offer an added degree of chef interaction but only the pastry chef bothers to engage in any meaningful sense, bringing over leaves of strawberry gum to explain how they help counter the sweetness of raspberry syrup and gin sorbet.

For any normal civilian, Estelle has loosened the tie of ESP and codified the relaxed charm of Estelle Bistro. It’s a place where a five course tasting menu is $90 (as opposed to ESP’s $130 a head compulsory deg) but where “a la carte” are your safe words. It’s a place where a Coravin system opens up some of the rather august names in the cellar to sampling by the glass but you can also drop by for a post-work snack in the bar. In short, it’s an eminently practical response to the dining times with less hip-pocket ouchiness. It deserves to do well.