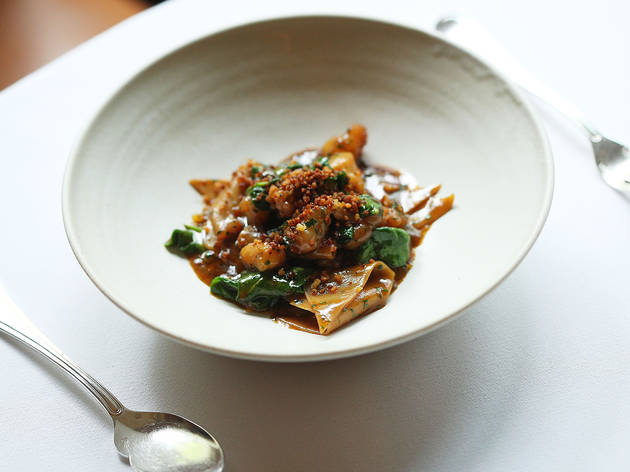 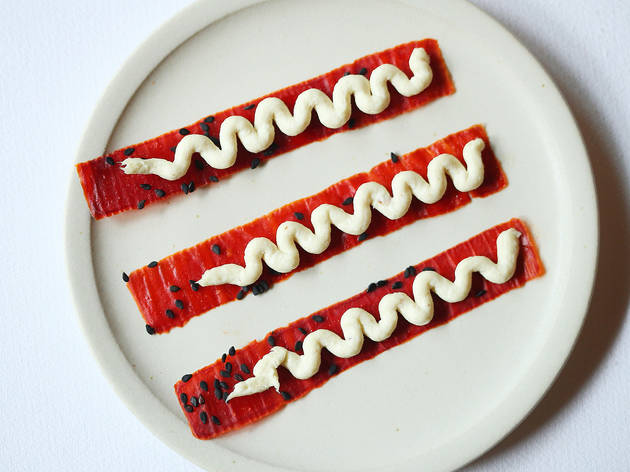 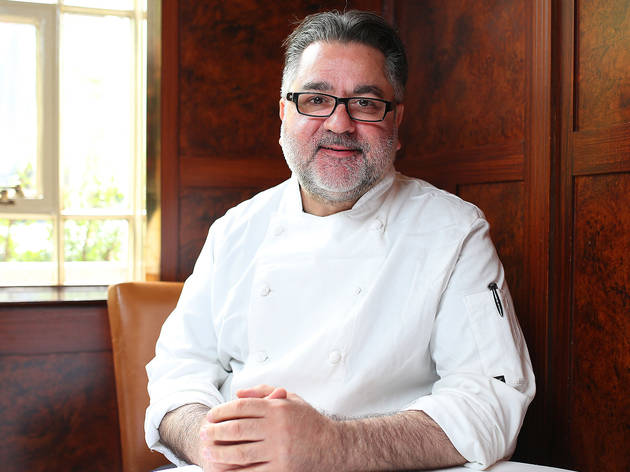 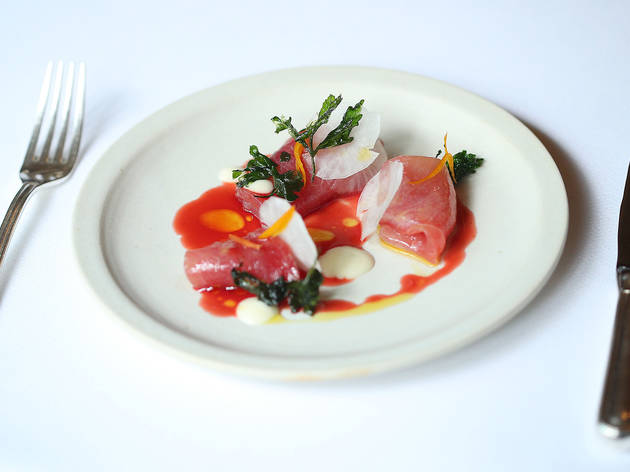 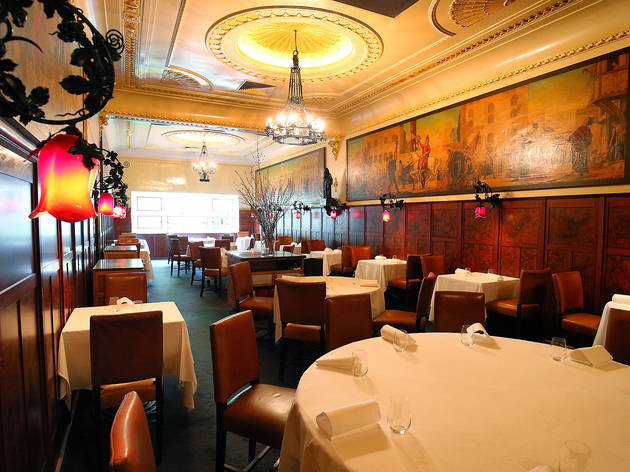 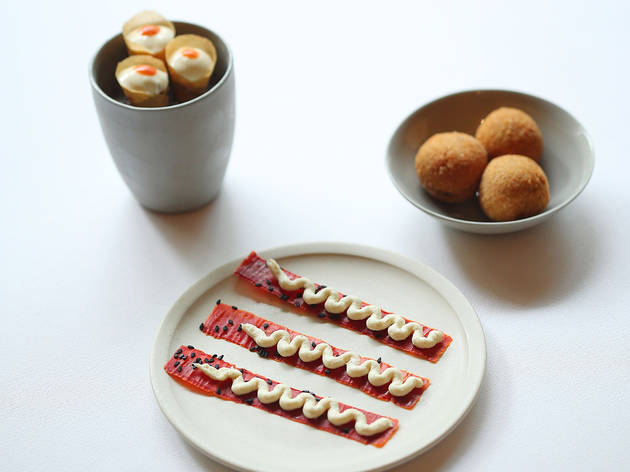 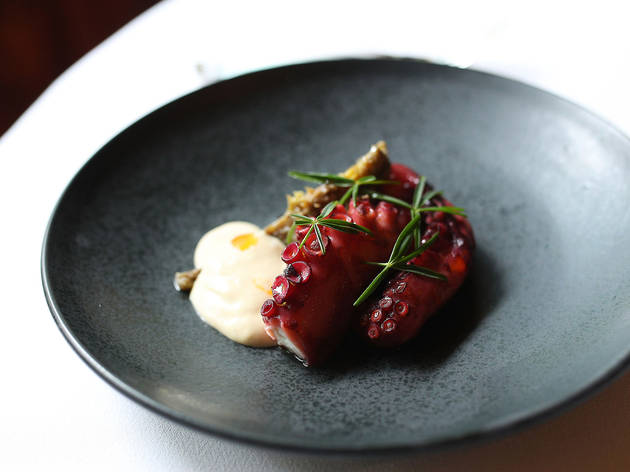 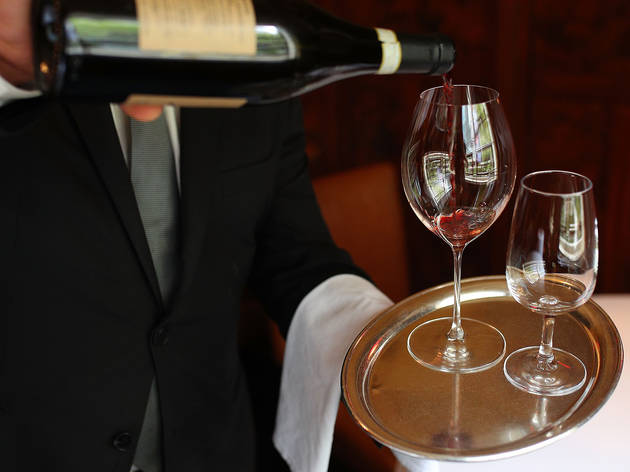 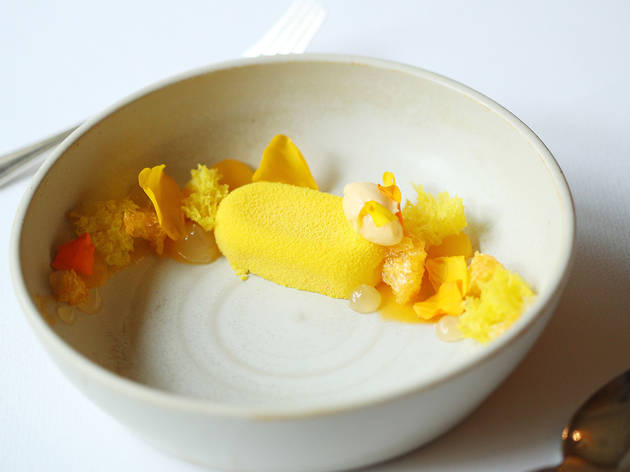 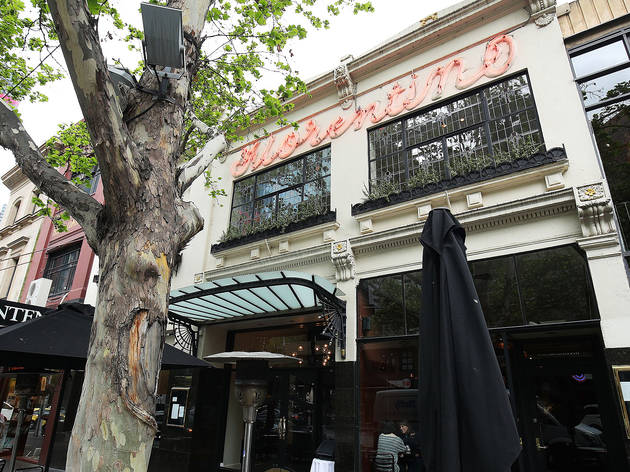 Has it really been that long? After 18 years under the stewardship of the Grossi family, Florentino still shines.

Update: We attended this venue in October 2017 and some details may have altered since then.

It’s been some years since gents were expected to keep their jackets on at all times, but it’s good to see Grossi Florentino is a restaurant that continues to sweat the small stuff. The grand Mural Room is one of Melbourne’s last bastions of lavish European dining charm where the lighting is set to dim, and the mood set upon arrival by the proffering of a handbag stool. Order a bottle of wine from the novel-sized list and, regardless of whether you order a Premier Cru or a $70 vermentino, you’ll witness the balletic ritual known as the seasoning of the glasses. And let’s not forget the excellent snackage that arrives to mollify the price of entry of $150 for three courses or $180 for the “gran tour” of six.

No, this isn’t luxe for less, but you’ll be feeling no pain with Guy Grossi’s crowd-warming act of fried croquetas of veal and pork with olives worked through the meat for a clever take on ascoli, all rugged and rustic; or the strip of dehydrated capsicum, like a kids’ fruit strap, wearing squiggles of whipped bottarga cream; or the dainty pastry cornetti holding a smoosh of ingredients playing on the ineluctable charms of the eggplant parmigiana, with parmesan mousse piped on the top in a final flourish.

Flying first class with the Grossis also includes excellent sourdough accompanied by a triumvirate of cultured butter, first press organic olive oil, and ricotta and balsamic. And the world’s thinnest, crispest grissini sticks. And suave Italian-speaking waiters, led by family scion Carlo Grossi, who are kind enough not to laugh at mispronunciations of the molto Italian menu.

It’s an effective curtain raiser to an official program that might begin with swatches of jewel-like tuna, radish and horseradish cream and a nectar-sweet curveball from blood orange. There’s a more rugged plate of octopus, cooked with deftness to combine a gutsy outside char and insides of just-set gelatinousness, joined by a smoked potato mash smartly doing a double act of providing carbs as well as condiment.

There will be pasta. Maltagliati – ragged flags of pasta made with breadcrumbs – are luscious with bug meat, and a rich, buttery sauce owing a subtle debt to colatura, the richly savoury fermented fish sauce invented by the Ancient Romans. It’s safe to say you won’t find this kind of thing at Spaghetti Tree across the road.

It’s the level of care that really elevates the Florentino kitchen. Consider the polenta: Grossi and co mill their own corn, and the extra effort shines through in the flavour of the gorgeously soft pillow grounding a slow-braised capretto in a puddle of red wine braising juices.

Desserts spin the Italian oeuvre through a modern prism. A conga line taking its inspiration from the Italian mimosa cake shape-shifts through honey pannacotta, bee pollen and frozen Grand Marnier mousse. It’s classic-moderne – a bit like the Grossi clan, really. Through three generations of hard graft and some damned fine cooking they’ve cemented their place in the city’s dining history. Florentino has gone through some wobbles in the past, as any 18-year-old restaurant could reasonably be expected to do. But right now it’s beautifully on song. Magnifico.