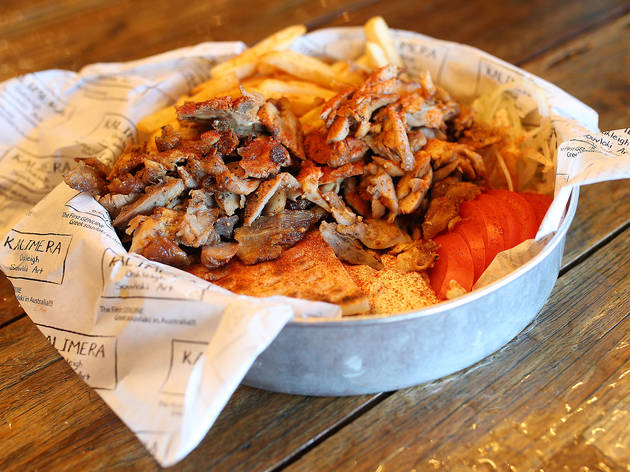 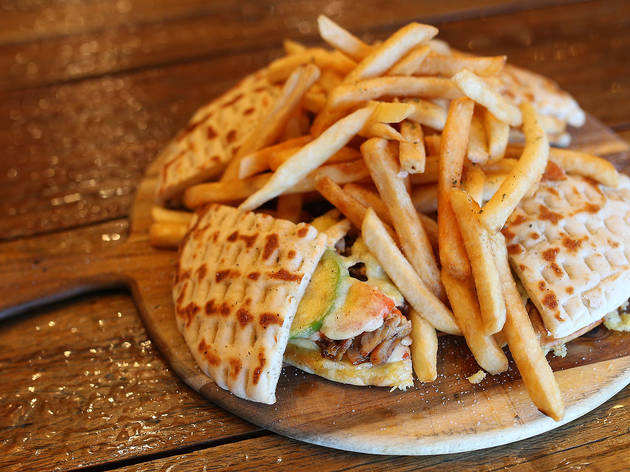 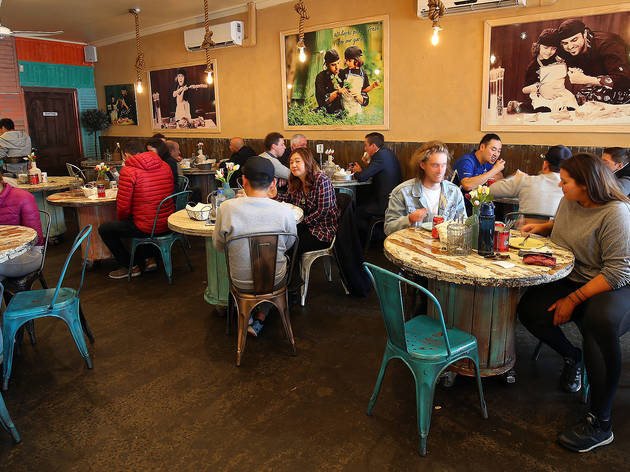 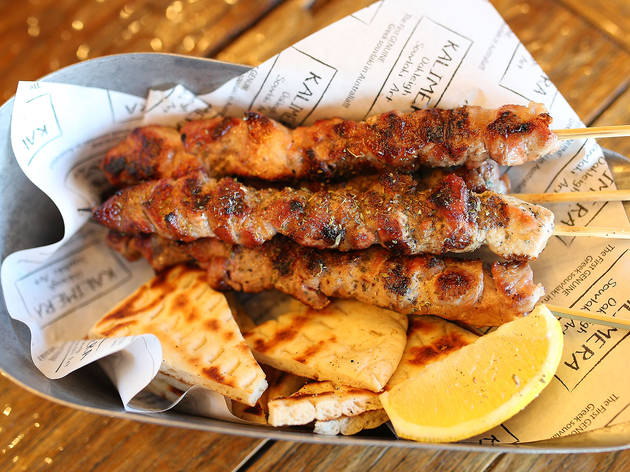 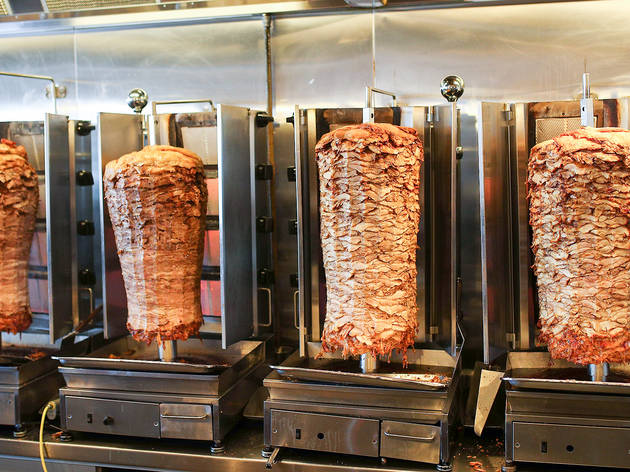 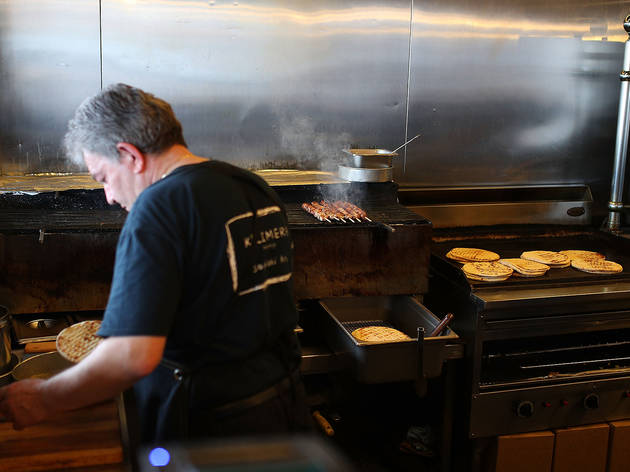 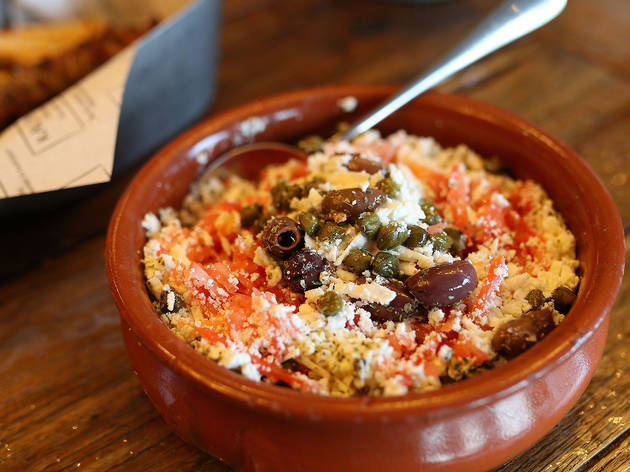 A little Oakleigh souvlaki shop that quickly grows a global reputation? It’s an improbable story but Kalimera Souvlaki Art is worth the fuss

It’s not often that a souvlaki joint, in the modern parlance, “goes viral”. Yet that’s exactly what happened to Kalimera Souvlaki Art, an unpretentious joint in Oakleigh where the third part of the name is really the key to understanding why its contribution to the souva oeuvre is so gosh-darned good.

For Greek immigrants Thomas Deliopoulos and Sylvia Gabriel, who arrived in Melbourne and opened their shop five years ago, souvlaki is an art form. They noticed that despite Melbourne’s massive Greek population we’re not so hip to the idea of pork gyros. Lamb yes; pig, no. Hey presto, a market opportunity was spied.

And Kalimera Souvlaki Art is pork perfection. They use only female pigs, which have a milder taste. Lots of oregano, a lick of lemon, a dusting of paprika, a decent hand on the salt. It’s charry, juicy, suckable. The bread is that proper, springy, sauce-sopping Greek type that can withstand the onslaught of serious condiment action, rather than the more common Lebanese version that can leave the unwary with garments resembling the aftermath of a D-grade slasher flick. There are chips tucked into those little pockets of happiness too, and salad, and their garlicky housemade tzatziki.

So how did a little joint in Oakleigh become the star of the Aussie-Greek show?

It was getting good reviews, then the planets aligned when Ben Shewry name-checked it. Where the Attica guru goes others are bound to follow. The New York Times recently extolled Kalimera’s virtues. The odds of being stopped on the street by a Yank asking directions to Oakleigh just grew exponentially.

It’s not all pork gyros. You can get chicken or lamb, equally compelling. You can get it tucked in those perfect pita pockets or served deconstructed on a platter with chips and salad. You’d be smart to get a Cretan salad, thriftily made with rugged little barley rusks, feta and tomato and olives. You’d be even smarter to bring along a bunch of friends to double down on the dips – a smoky eggplant, a spicy cheese – and eat it in the area to the side of the takeaway. But above all, you’d be smartest if you take your last $8.50 to this little corner of Melbourne’s south-east. You know what to order.