Restaurants Springvale
3 out of 5 stars 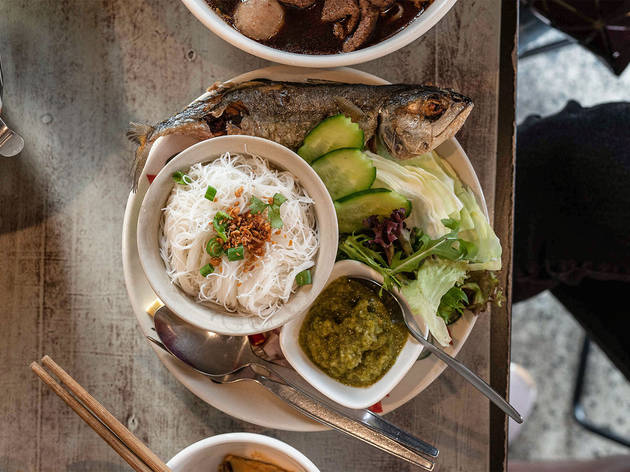 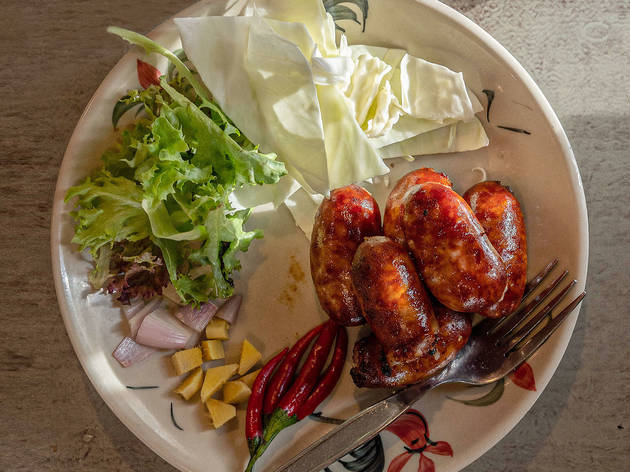 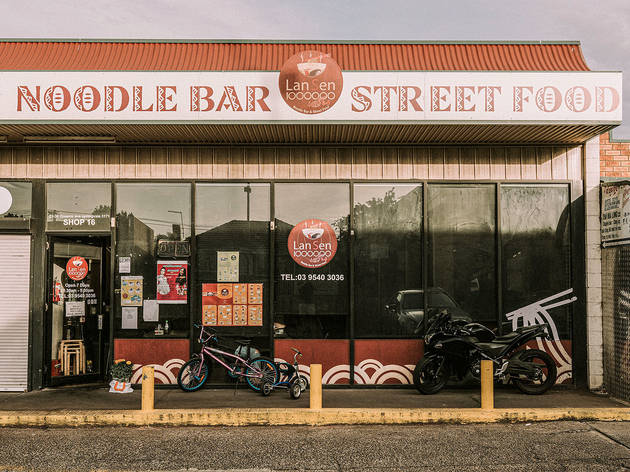 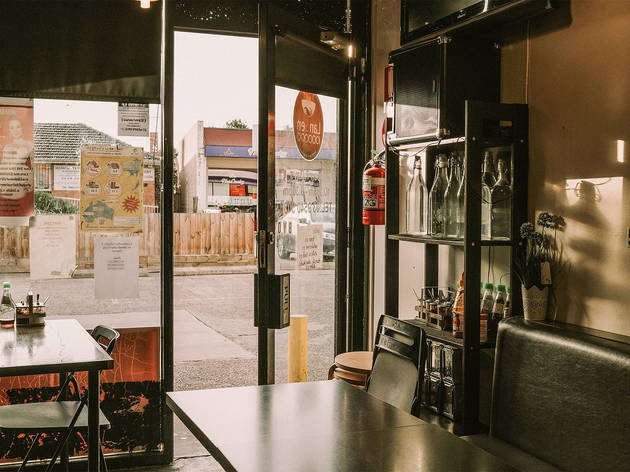 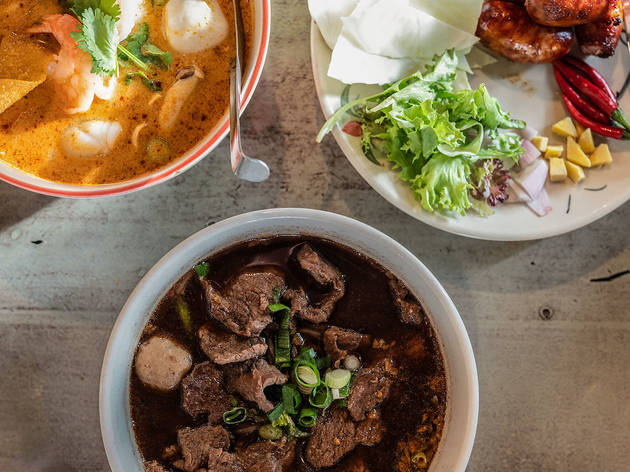 There must be something inherently compelling about Thai street food and exhaust fumes. It proved a recipe for sustained acclaim at inner-city wundernook Soi 38, whose unlikely but colourful digs at the bottom of a Wilson’s carpark have been full since launching its popular noodle program in 2015. Some 26km southeast of its progenitor you’ll find Lan Sen Noodle Bar: a lively 25-seater applying that fumey blueprint to a carpark in merry Springvale.

“We used to be a grocer”, explains our waiter, “but there are too many in Springvale now. So my auntie decided to turn it into a restaurant two years ago.” A wise move, it would seem, packed as it is on Tuesday afternoon with comers young and old. We’re told that this joint is locally famous for noodles and a broader roster of pan-Thai street foods, and a quick scan around the naturally lit room confirms the hype – bowls of fragrant, predominantly rice-noodled soups topping one in two tables, their aromas (and the odd car fume) ushered about by a charming pair of tiring ceiling fans.

A mug of sweet ginger tea in a fetching cat print mug gets us underway as we thumb through a menu of Thai street and not street food. We’re caught instantly by the miang pla too – an upright mackerel grilled and served with cabbage and noodles – but are advised against it because we “might not like it”. Bah! We push through, and out it comes grilled to tender perfection, and we get to ripping flesh from spine. The idea is to wrap a pinch of meat and vermicelli noodles dressed in a zesty green chilli sauce in a leaf, but the delicate flavour of the fish is lost to the stiff, starchy shards of cabbage (we’ve ended up with the core) and is best, in this instance, sent directly to mouth sans cabbage.

Two noodle soups land, and they are as follows: kuaitiao ruea (common boat noodle) and kuaitiao sukhothai (a northern Thai special brimming with fish cake, minced pork, fried wonton skin, green beans and char siu pork, served in a sweet, fishy broth). The thin, achromic soup of the latter pales in comparison to that of the boat noodle – a rich, Chesterfield brown whose strong notes of star anise, cinnamon, dark soy and blood both comfort and excite – but its ragtag cast of floating ingredients do enough, even if the grey minced pork could benefit from more seasoning. Conversely, the boat noodle’s combination of surprisingly tender pork, minerally liver, pork balls and bok choi adopt the complexity of the broth in which they bathe and leave a lasting impression on me and my dining companion, who, for what it’s worth, thinks the mackerel tastes like KFC.

Late in the meal, our waiter suggests a hulking plate of sai grog: thick-skinned, heavily set northern Thai sausages stuffed with pork and sticky rice. Do you like Southeast Asian sausages? You can be honest. For ours, the meat torpedoes before us are first and foremost a textural success, and they’re worth ordering just to feel their taut skins submit to the tip of your mighty canine as it bores deep into that sticky mess of rice and fatty ground pork. Lifted with a combination of a lot of garlic and kaffir lime, it’s the most attention-grabbing flavour profile of the day, but it’s worth noting that that depth synonymous with some of Europe’s heavier snags is conspicuously absent here. It’s not a bad thing – it wouldn’t be canonically correct for these fellows, but don’t order them expecting a bratwurst.

Lan Sen has turned over its entire floor plan in the 30 minutes we’ve been here, and it’s a timely reminder that tasty as it is, this is, first and foremost, fuel. Service is fast and friendly; everything is on the table within ten minutes and gone shortly thereafter. It’s wipe-your-chin-on-the-way-out fare. As far as local lunches go, it’s clear the boat noodles have garnered a loyal following, and rightfully so – if it weren’t for Soi 38, we could see ourselves crossing town for them.