Five years down the track, Le Bon Ton is no longer one of the scant few declaring smoked meats, late nights and liquor their thing, so how do they fare in 2019? Not much has changed - exposed brick, copper accents, dripping candles, feature bar and an opulent New Orleans design brief are all still in place – but they’ve settled into their Collingwood home and now make vegans feel as welcome as omnivores with a menu spanning the southern belt of America.

Jeremy and Christopher Sutphin are still in charge of the food, with Jeremy keeping an eye on the smoke and Christopher manning the pans. A quick word of warning, for those of you still looking to gorge on oysters, fried chicken and peanut butter pies in the wee hours of the morning, their late-night menu is only available on Friday and Saturday nights; throughout the week, the kitchen closes at a reasonable 10pm. You’ll also notice a key across their menu, pointing out dishes that can be made gluten-free, vegetarian or vegan: the kitchen is more flexible and you and yours will also receive your feast a lot faster. Wins all around.

The carte is huge. You’ve got oysters, chilli cheese fries, Texas caviar, fried chicken with gravy, tacos, cheeseburgers, a Carolina crab boil and salads, and we haven’t even mentioned the barbecue. This is not a place for first dates, but somewhere you bring bulk appetites so you can order large and leave your table manners at the door.

The service here is tight and much more polished than you’d expect from a bar and barbecue house. Staff know everything about each dish on the menu, are happy to guide you through ordering and make sure you’re never without water in your glass or booze on the table. Naturally, the drinks are designed to keep flowing, and Le Bon Ton is as much a bar in its own right as it is a restaurant.

Ordering requires a bit of brain power as the barbecue items are served by the half pound (that’s roughly 225g to us Antipodeans) and you’ll probably end up with more meat than you bargained for if you’re not careful, especially because food arrives all at once. Ironbark and fruitwood are the flavouring agents here, alongside salt and pepper as the only seasonings to show off the pitmaster’s smoking skills. On the flipside, it can be unforgiving to any minor flaws. Such is the case with our beef short ribs; bricks of sturdy meat gripping the bone, rather than the expected tender wobble collapsing under the tines of a fork. More successful is the chicken rubbed in lemon pepper and smothered in an Alabama white sauce, and the pork and pepper sausage of the day; both tender, fragrant and holding the all-important fat within the meat fibres.

All barbecue items are served with a fistful of house pickles, which are excellent. They’re also the same pickles that appear as a side dish, so unless you’re a fanatic, there is no need to order extra. The often-overlooked onion ring is the unsung hero here, beer battered and covered in a jerk seasoning.

Le Bon Ton certainly did a lot to inspire the dining scene in Melbourne with its fine introduction to barbecue, upholding a strong beverage program in a casual food environment, and being one of the first to dare offer late-night eats.  Over the years, like most restaurants that survive the test of time, they've bent and adapted to the neighbourhood around them, resulting in a tweak and tinker of the original concept. It might not be the purest iteration of American barbecue in Melbourne, but the guarantee of a decent feed and a good time is why they're still full after so long in the game. 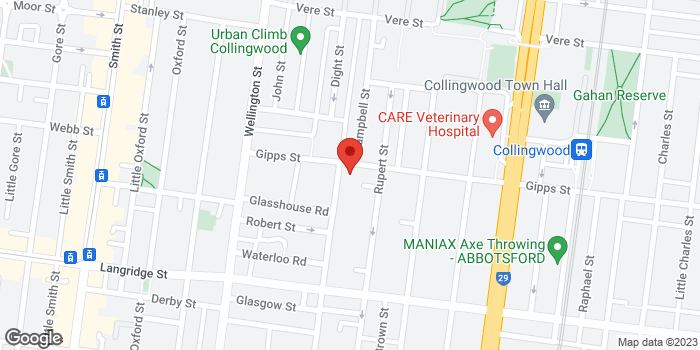