Did ‘fusion’ really ever leave? Was it merely masquerading as ‘new-style’ all along? And when it’s this delicious, does it even matter? These are the hard-hitting questions you must ponder at Victor Liong’s time-honoured, pan-Asian institution Lee Ho Fook, as you meander through a set menu (only) of hatted small plates on the CBD’s graf-scrawled, Tourism Victoria-core Duckboard Place.

In our case, we are meandering through the Sunday lunch sitting, where the set menu will wend about four courses and roughly as many regions, setting you back $80 for the pleasure and a further $60 if you want to wine match (would’ve thought so, though the non-alcoholic options, headlined by the fig leaf ice tea, are great). Dinner will cost you twice that and will come with another four courses, but that’s a while away and we’ve other places to be.

But for now we are here, under the airy gabled ceiling in a bricky room politely humming with overdue catch-ups, awaiting instruction from the warm and cluey (if understaffed) floor team. It should be noted that there is a certain dagginess about the place personified by the toothless lounge jazz blanketing the room and the crowd of Harry Potter and the Cursed Child matinee attenders. Neither are a deterrent whatsoever—bonuses if anything—but it is something to note if you’re more of a two-hour package rave bruncher. It’s convivial, but it’s noticeably subdued. It’s also Sunday afternoon, so there’s that. Anyhow, our friendly steampunk waiter Geoff is here with the lowdown.

There are opportunities to insert bonus courses throughout the service if you’re starving, he explains—the sweet-savoury straddling baked cheese tart a late game option, a Beijing via Guangdong Peking duck an earlier reinforcement—though the set menu ought to suffice if you’re not. The wine pairings are all Australian, plucking out some more niche varietals from Tassie and Victoria—the Cobaw Ridge lagrein a great moment that will come into play shortly.

Out first is the Shandong-style chicken skin—a millimetre-perfect rectangle of wafer-thin rind topped with cashew cream and spring onions. It’s a gorgeously rich but gentle opener and is well supported by these velvet Tasmanian Bellebonne bubbles. It accounts for a third of the opening course, alongside a bowl of drunken pippies and pickled mussels suspended in an angelic aged Shaoxing wine, and the moreish fried bread with charred spring onion and soft curds—the bottle green umami-fest of the latter worth the visit alone.

Lightly torched rolls of Tasmanian Ocean trout follow and are faultless again, the comforting, pond-evoking presence of the adorning nasturtiums a grassy-fresh foil for the rich, gingery white soy cream. Eschewing the bonus Peking duck, we head straight for the pork jowl main, a pillowy soft cheek served alongside another geometrically satisfying taro mille-feuilles, the pleasing fat content of the pork held to account by another thoughtful pairing in the Cobaw Ridge Lagrein.

A refreshing mango pudding with kernels of pomelo round things out with an array of petit fours — a Vietnamese coffee crème brûlée that we’d do terrible things to experience again setting us on our way, jealous of the matinee crowd if we’re honest.

The answer to the aforementioned questions is probably not. You might not learn too much about traditional Chinese food at Lee Ho Fook, but Melbourne has never wanted for places in which to do that, and that is not Lee Ho Fook’s concern. Likewise, there are likely more than a few chefs with contrary definitions of ‘new-style Chinese’ both here and in the Middle Kingdom, but there’s simply no denying the balance and brilliance of Liong’s detail-attentive fare. And perchance this really is the ‘New-style Chinese’, well, we could do far worse. Eight more years! 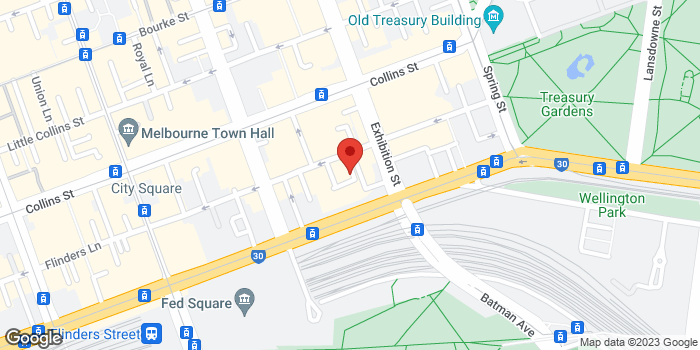