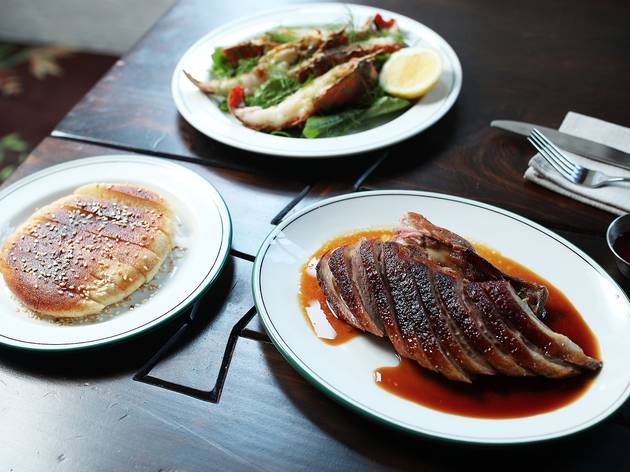 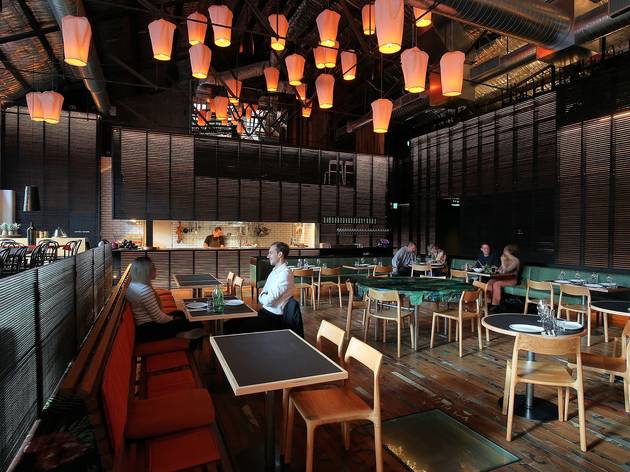 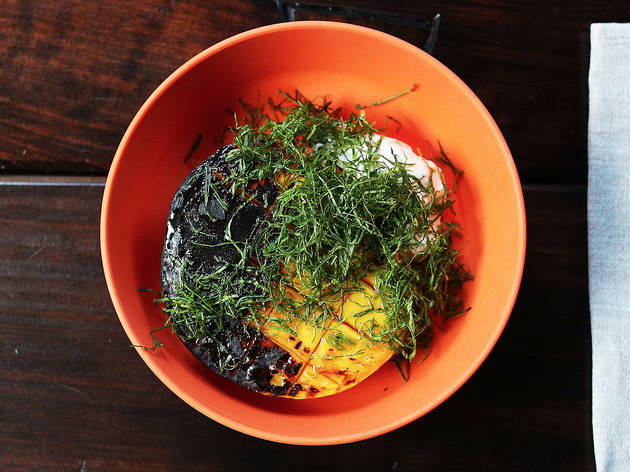 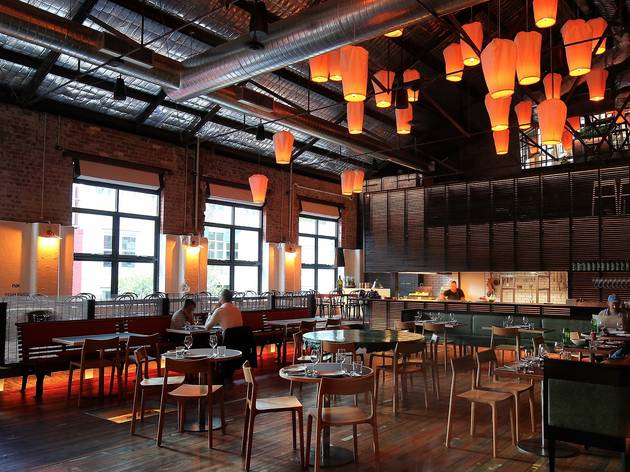 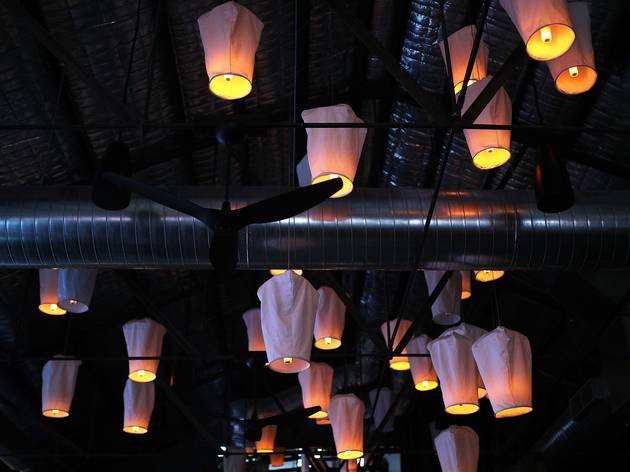 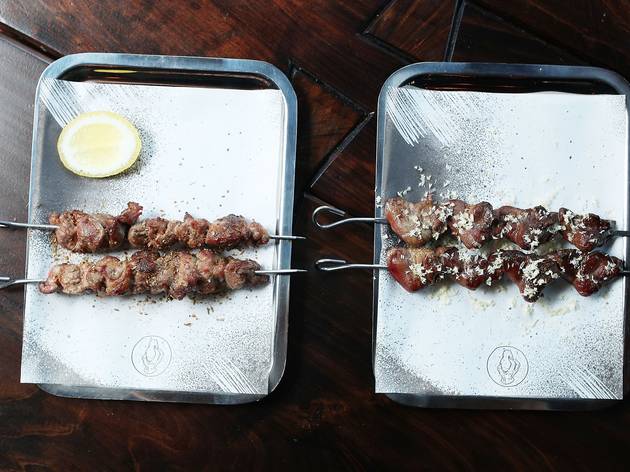 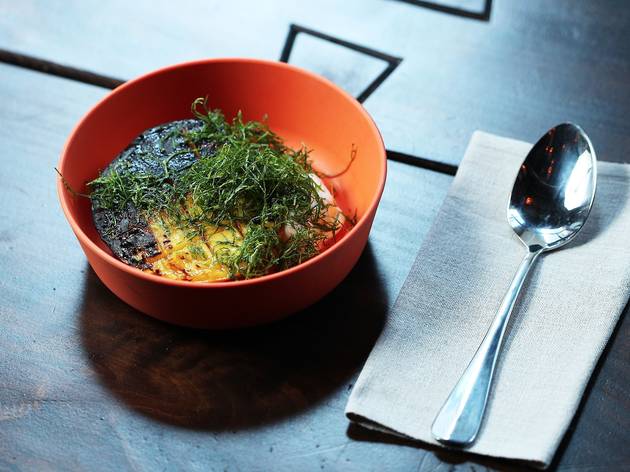 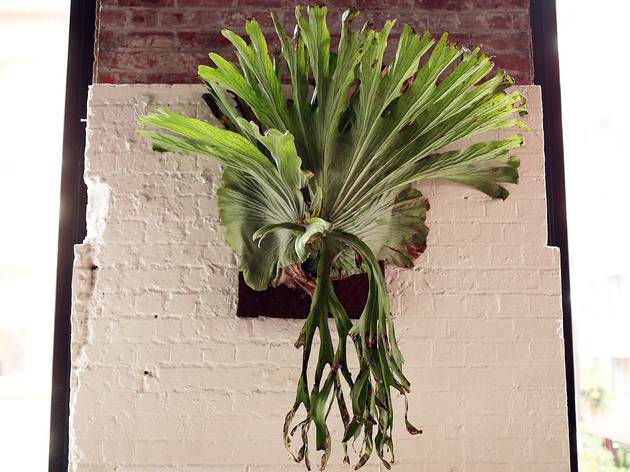 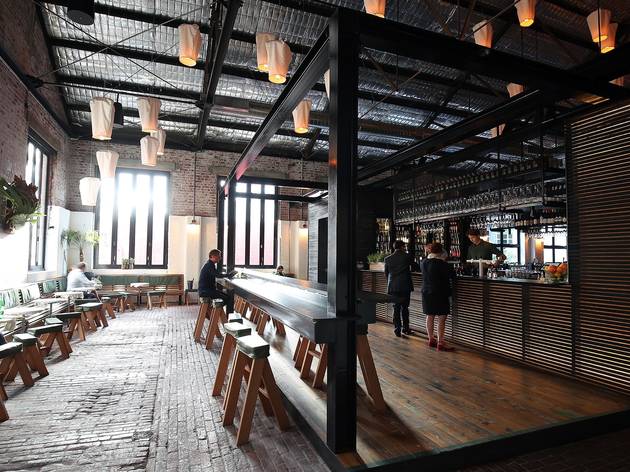 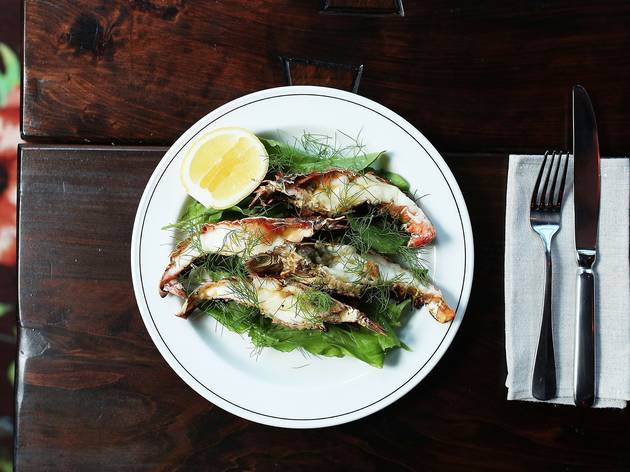 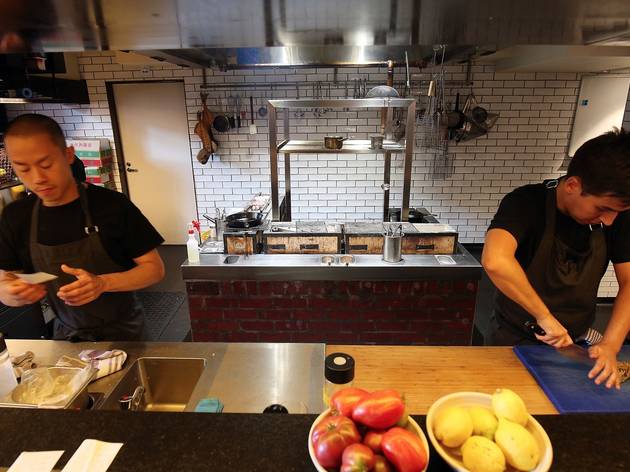 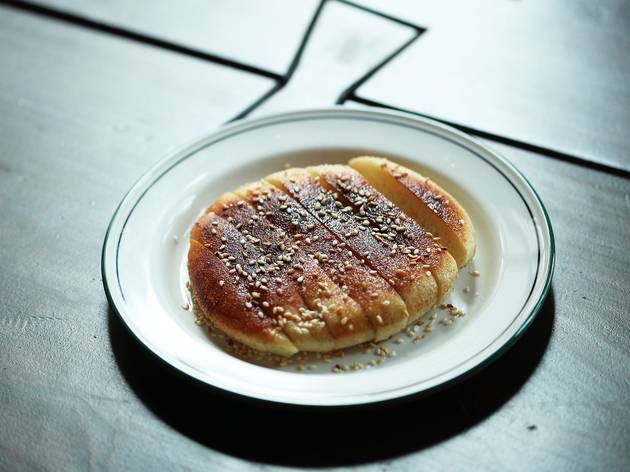 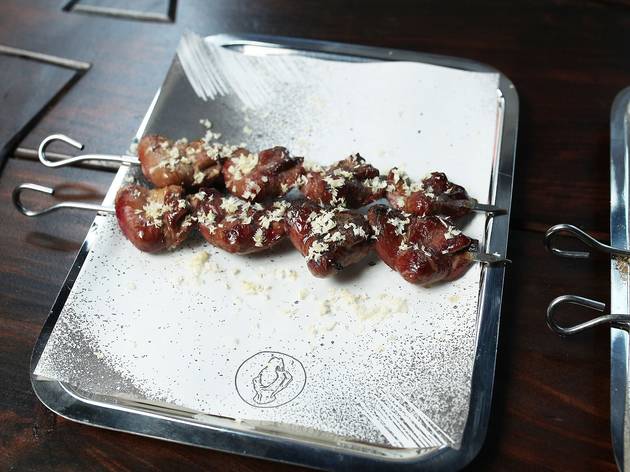 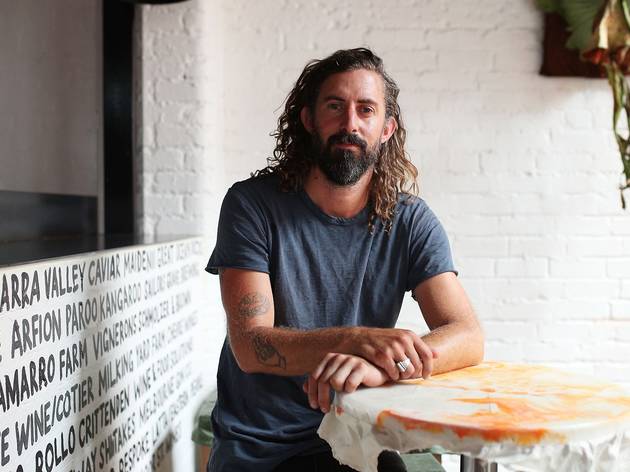 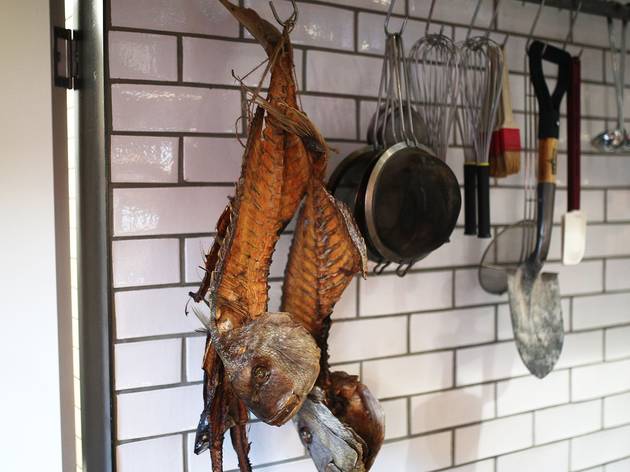 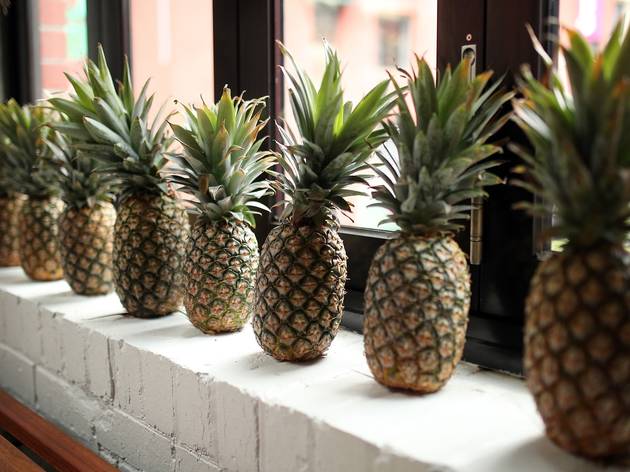 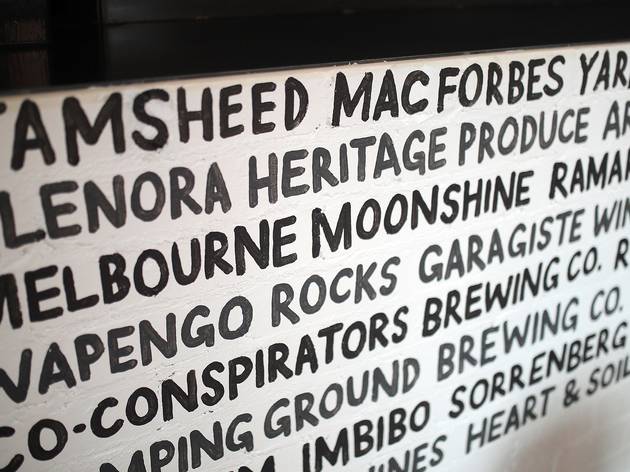 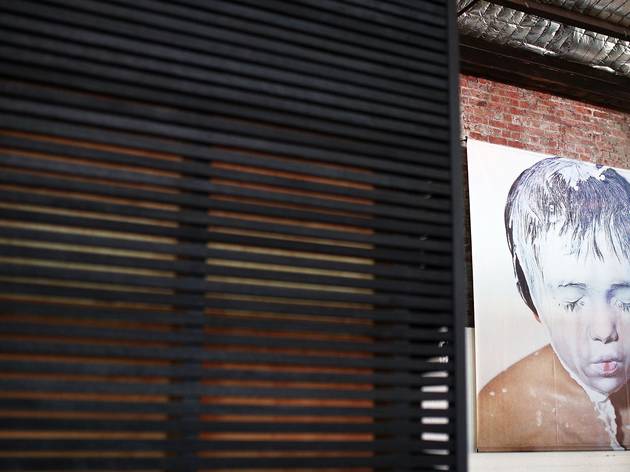 We waited (im)patiently for Longsong, and finally the meat-on-sticks-lovin’ folk of Melbourne have been rewarded.

It was one of the most anticipated openings of 2016. And of 2017, which makes it lucky indeed that Longsong snuck in under the chime of midnight to open just before 2018, which would have been a bridge too far even in the game of delayed gratification known as the Melbourne restaurant scene.

So was it worth the wait? That’s an emphatic yes from us, although it may have a way to go yet in divorcing itself from anchor tenant, Longrain, downstairs and developing its own personality free of the expectations placed on Melbourne’s always-heaving Thai restaurant.

The fitout takes it part of the way there. It probably took squillions of dollars to transform a 19th-century first-floor stables into a voluptuously proportioned, high ceilinged space where subtle wooden slats on the walls joust visually with paint-scarred floorboards and swirling floral carpet while, floating above the fray, a quorum of lanterns with flickering electric bulbs evoke the lunar new year seven nights a week.

Take heed: Longsong is no holding bar for the mothership, in the vein of Gogo/Chin Chin’s symbiosis. This is despite the evidence of a devoted drinking area to the street side of the broad central bar, where you can down house spritzes, made with house-infused vermouth, or a punch bowl sized for downing with friends.

The menu proper is something that is not so much Thai or even Thai-ish but a document that might have once been waved in the direction of the kingdom of Siam. Prize recruit David Moyle, late of Hobart’s all-conquering Franklin, leaves the coconut milk and tamarind to the downstairs gaff. True to his food form, here we’re looking at a more elemental theme song driven by the kitchen’s custom-built stainless-steel brazier that imparts a smoky heft and real-food veracity across everything it encounters.

Things on sticks are an unimpeachable part of proceedings. Bouncy duck hearts with a shiver of fresh horseradish are grounded in a Japanese-inflected sauce of mirin and soy. Nublets of lamb similarly boast the spring of the not-overcooked and an earthy dusting of cumin; and squid ink-stained calamari sing of sea and smoke. Chase them with an order of the golden-topped spongy flatbread, glossy and rich with duck fat.

Bigger? How about two split Moreton Bay bugs doused in butter, the merest whisper of fish sauce as advertised on the menu, a squeeze of lemon, and a bed of sour sorrel? Or the breast of the whole duck that gave its heart to the skewer cause? The Chinese-style bird is baptised in masterstock over coals and wood grilled to order. All you need: plum sauce. Both drive home the point that Longsong is really about taking good ingredients and not fucking them up.

As attests the sole dessert (we’re told the list is growing) of a cheek of mango, its sugars caramelised after an encounter with direct heat, with nothing but a dob of thick yoghurt and a modesty leaf of shiso. It’s a well-judged riposte to the deconstructed dessert conga lines that have blighted the restaurant tables of Melbourne for too long. Longsong is the antidote to fuss and frou frou, so sign up to support the meat on sticks revolution.