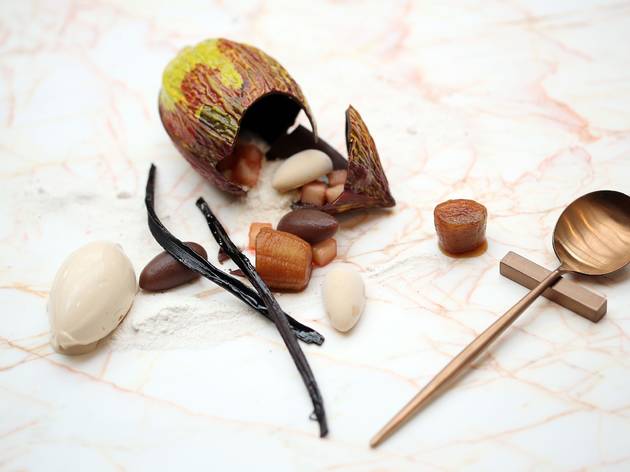 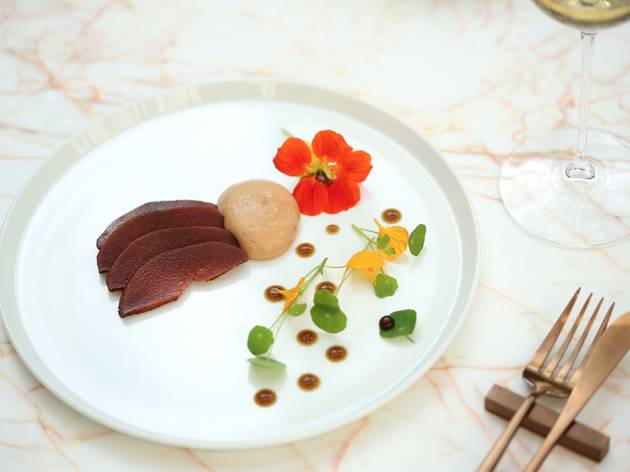 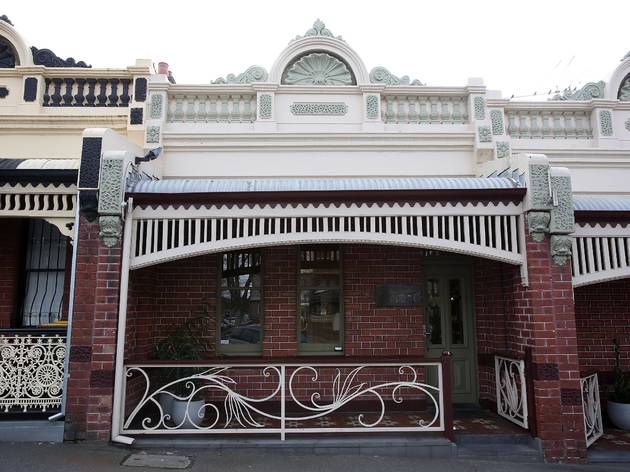 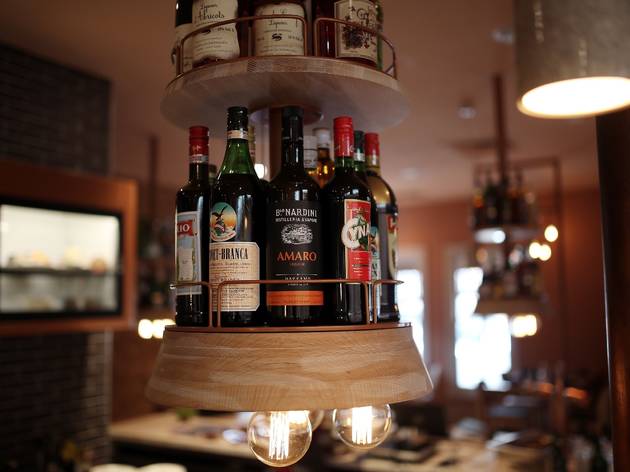 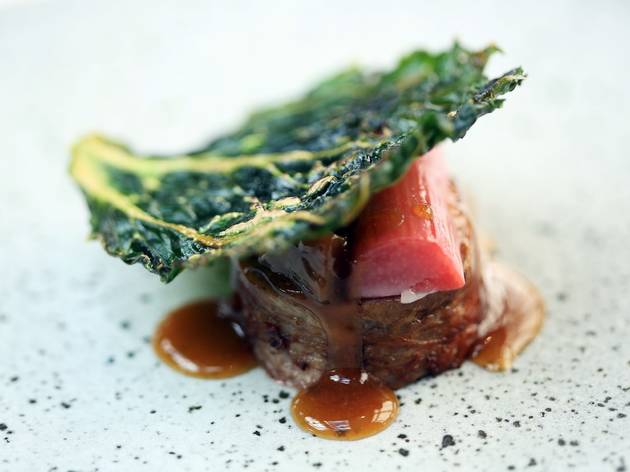 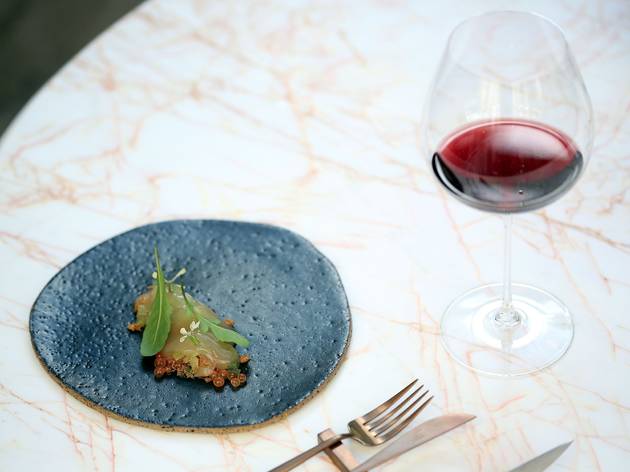 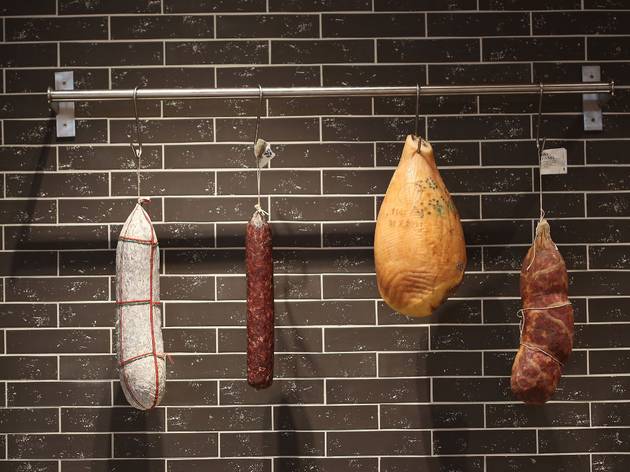 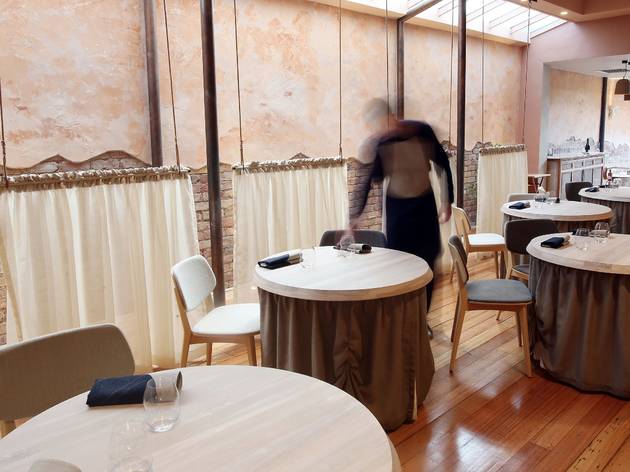 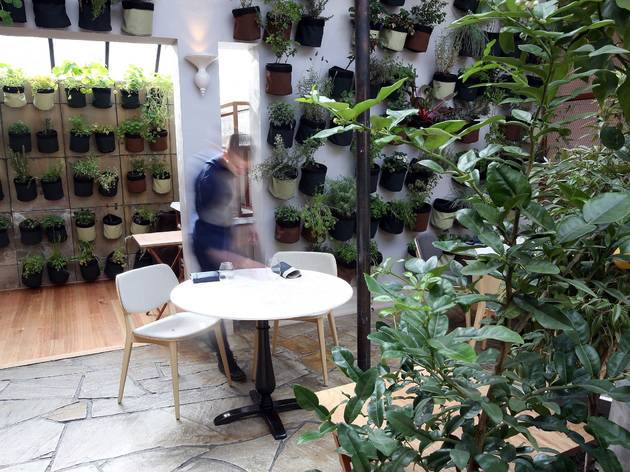 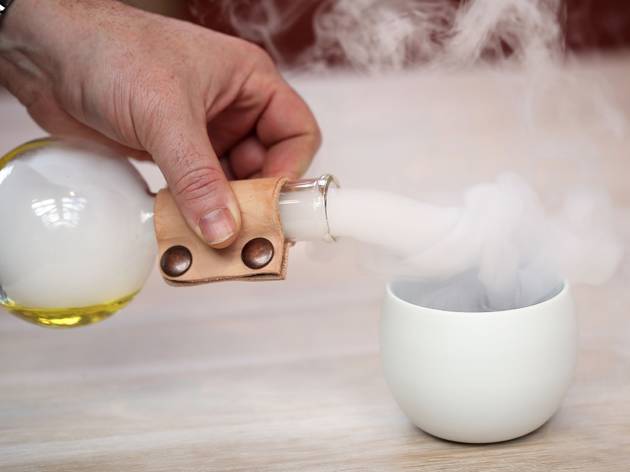 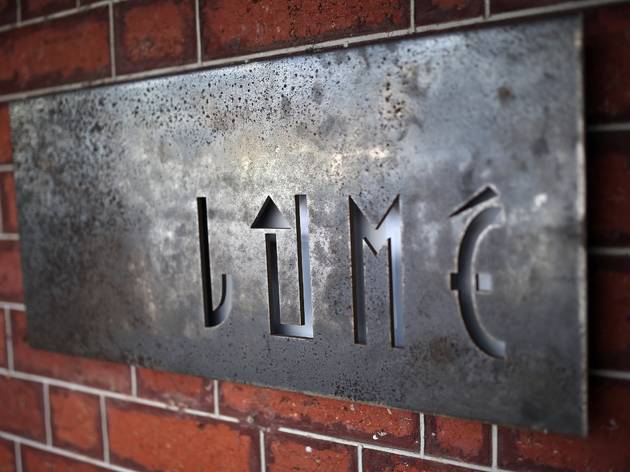 OK, adventure-hounds. You want something out of the box? Lûmé is just the ticket

Epic. That’s what you can call a degustation featuring things like cow’s udder and calamari entrails and cured emu and finishes with a painted chocolate cacao pod smashed with a delicate silver hammer in scenes of elegant mayhem.

At Lûmé, their brand-spanking South Melbourne restaurant, Shaun Quade is swimming against the tide, waving breezily to the casualisation of dining, to the fried snack hegemony, to the tyranny of share plates. Instead these refugees from high-end kitchens – Quade from the Royal Mail Hotel, most notably; Fiechtner from Paris’ achingly hip Le Chateaubriand and Hong Kong's Bo Innovation – have stormed the citadel to take on the top end of the dining town. Foolhardy? Maybe, but this is fayn dayning 2015, taking a contemporary blowtorch to the ritual.

There’s buzz about Lûmé. Half of the Fat Duck are clustered at the bar on their night off, including their appreciative sommelier. “Inspiring,” he purrs about Sally Humble’s wine matches. She’s definitely an avant garde member of the breed, leaning towards the obscure and funky. Even non-vinous adventurers might find themselves catching the fever – either way, if you don’t roll out of here after your three-plus hours meal you’re just not trying hard enough.

The room is painted an unfashionable peach that highlights the whole Howard Arkley-esque 1950s dystopian suburban feel, from the faux-brickwork to the mock-screen door to the coolroom. You don’t want to sit out back in the glass-topped atrium – too quiet; too isolated. It’s best overlooking the kitchen where Quade and Fiechtner strut their tattooed stuff and billowing clouds of liquid nitrogen regularly engulf everything in a cinematic fog.

For $140 a head the tasting menu is cinematic in itself, kicking off with a bao-like steamed brioche roll ladled in duck fat and bewigged with a skeins of shaved black truffle. There’s duck liver pâté, cunningly designed to look like roasted quince, and roasted quince, cunningly designed to look like duck liver, brought together with dabs of a honey and chamomile gel. There’s Nippon-Spanish fusion with scallops in a gelatinous jamon dashi, with dehydrated jamon crumbs amplify the subtle pigginess, plus the soft sweetness of marinated honeydew melon and salty pops of salmon roe. It’s like eating a jellied umami cloud.

There are some noble failures. Two chewy strips of what is essentially emu jerky are less than exciting, and a croissant appearing mid-meal alongside a puck of cauliflower cream (designed to resemble a melting brie) is kind of ridiculous. Other risks pay off, including that cow’s udder, which looks like tentacles of calamari and plays like wok-licked, lardo-enhanced meat noodles, with a crab-enhanced corn cream and fried corn silk. It’s pretty damn good, actually. So is an inspired lamb and rhubarb combo. And the gorgeous chocolate cacao pod, which when (guiltily) smashed reveals a host of candied jewels.

Would it be good if they offered fewer courses for less money? Yes it would. Lûmé offers a tight bar menu but the current terms are too restrictive for a formal relationship. So more options please, Lûmé. You’re brave and bold and sometimes brilliant. We’d like to get to know you better.