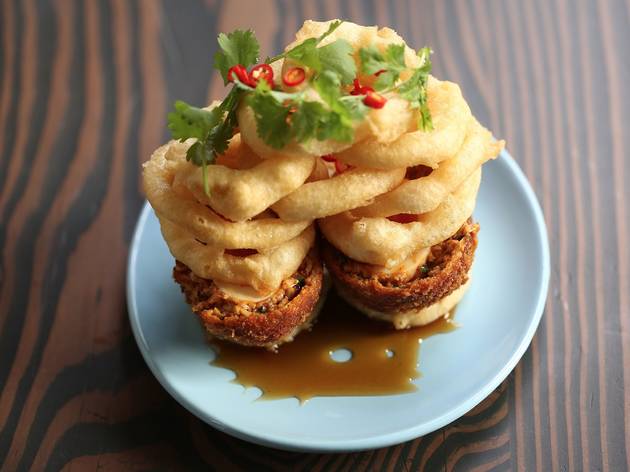 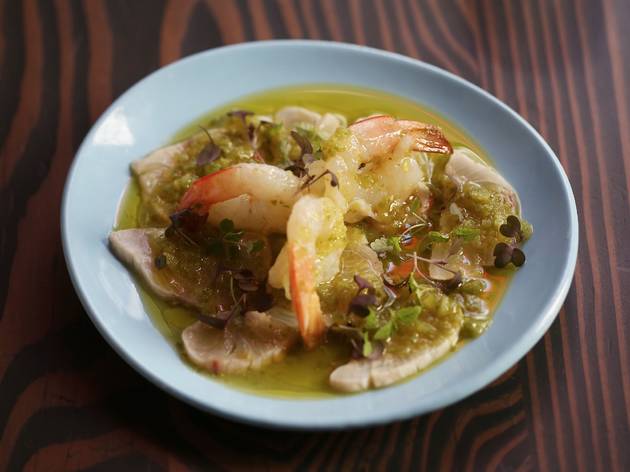 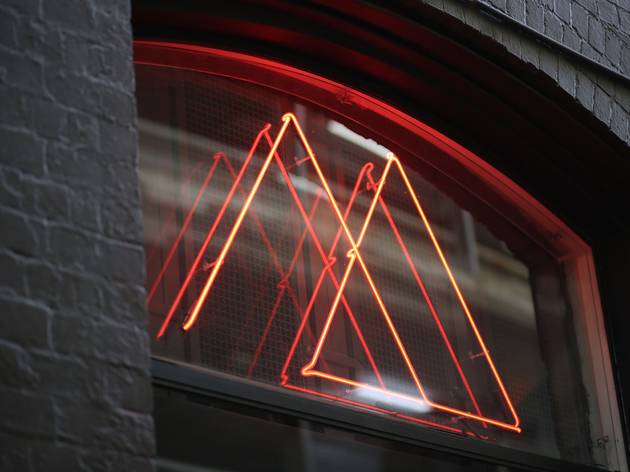 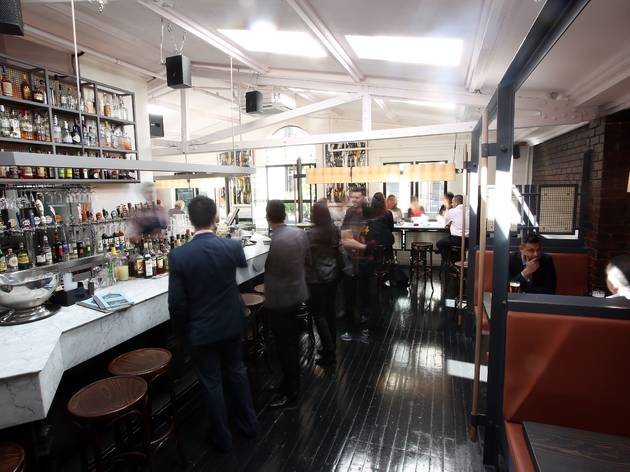 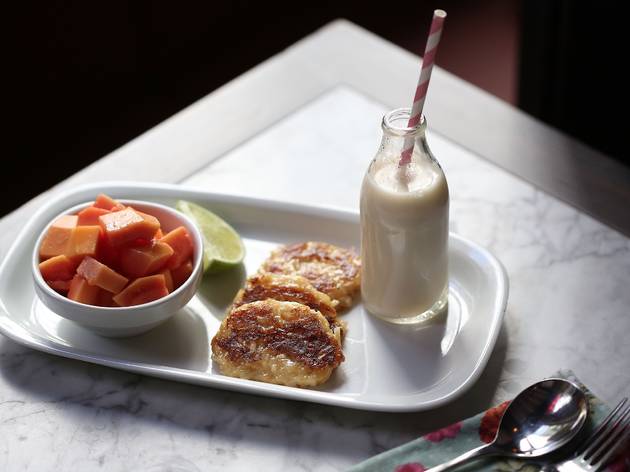 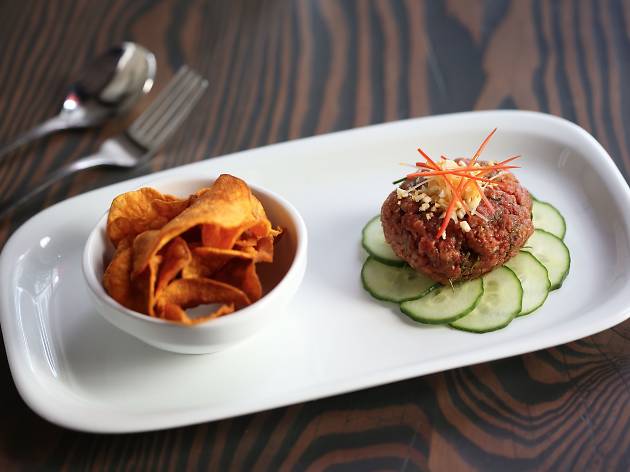 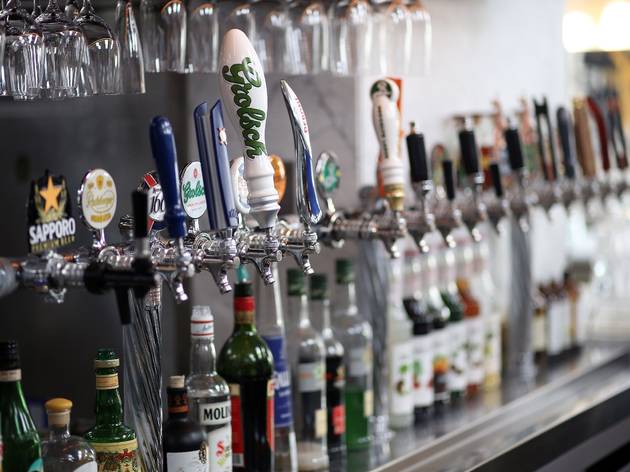 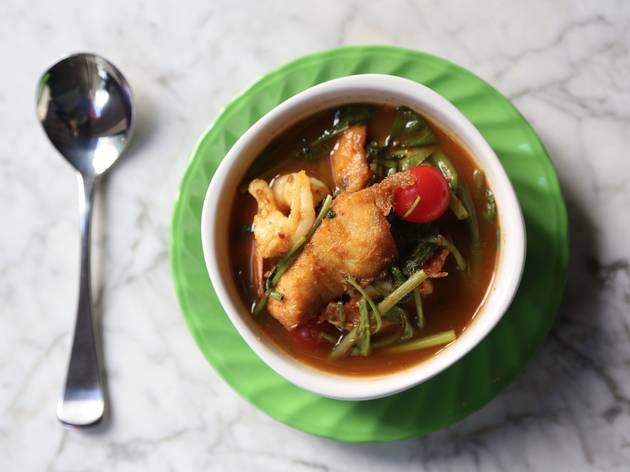 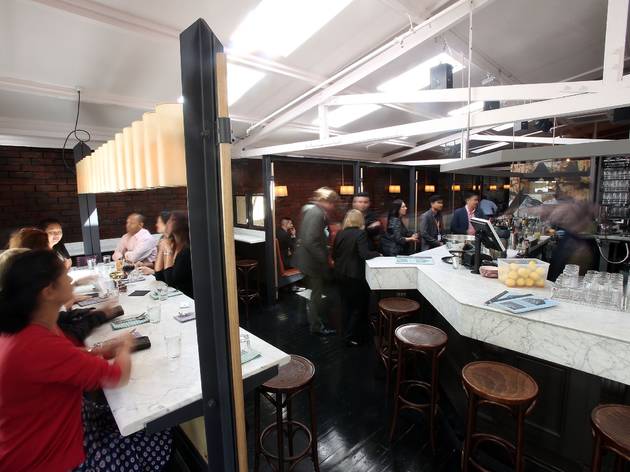 It’s also a welcome new addition to the hospo family that includes next-door louche-fest Boney as well as the (by comparison) positively august Cookie, The Toff in Town and Revolver Upstairs. Cookie’s your best jumping-off point for understanding the new sibling. It has the same fiery approach to Thai food courtesy of chef Karen Batson, who doesn’t pander to any namby-pamby local palates when firing up the chilli guns. A raw dish of excellent whole green prawns and cured kingfish with a smooshy green chilli and garlic dressing makes like an atomic bomb (although the promised bitter melon has either gone AWOL or been subsumed into the gloop). You’ll be breathing fire and garlic for the rest of the evening but that, in our opinion, is a fair price to pay.

Magic Mountain Saloon is an out-there name for an out-there place. An abject Irish theme pub has been no-expense-spared into a tri-level eating and drinking house with no clear delineation between zones save for the DJ on the second-floor mezzanine, spinning the kind of sounds that makes everyone think their mobile phone is ringing. There’s neon, there’s white marble, there are high seats and low seats and proper napkins and staff as friendly as a pack of Golden Retrievers (with better drinks-carrying skills).

On that front, it’s as much a bar as a restaurant – with an ouch-inducing 3am closing time – so the drinks list is fully fledged on the cocktail front and solid on the wine front, with a bunch of spritzers bridging the gap. It's good. Quench the flames on your taste buds with a Bitch Diesel: a refreshing sauvignon blanc, lemonade and lime spritzer.

The food is no mere afterthought, as it shouldn’t be with prices going head-to-head with the quality. It’s no haven for Thai purists. Batson does a genre-busting Scotch egg of minced chicken heavily seasoned with kaffir lime, a glossy pool of caramel tamarind sauce and crunch-tastic onion rings perched precariously on top. There’s a lemongrass-accented steak tartare with sweet potato chips. Fried fingers of pulled pork with smoked tomato relish. There’s plenty of fire throughout the lengthy menu but not at the expense of nuance.
From the wok, a wild tumble of soft veal with baby corn, green beans, crisp kale and a forest of green peppercorn branches. From the curry pots, a lovely sour orange version starring snapper and prawn.

It’s a haunt for night-owls so the kitchen is open until midnight (1am on Friday and Saturday) but the contrary spirit means there’s breakfast, too. Coconut pikelets and papaya; ocean trout and ginger scrambled eggs; and look, there’s the chicken kaffir Scotch egg again. All consumed with, or without, a breakfast cocktail.