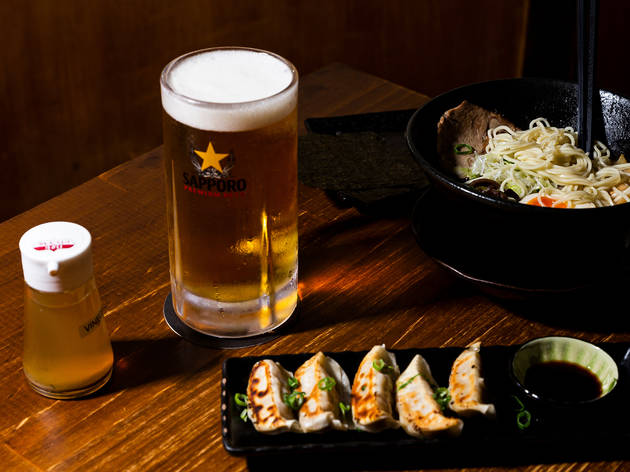 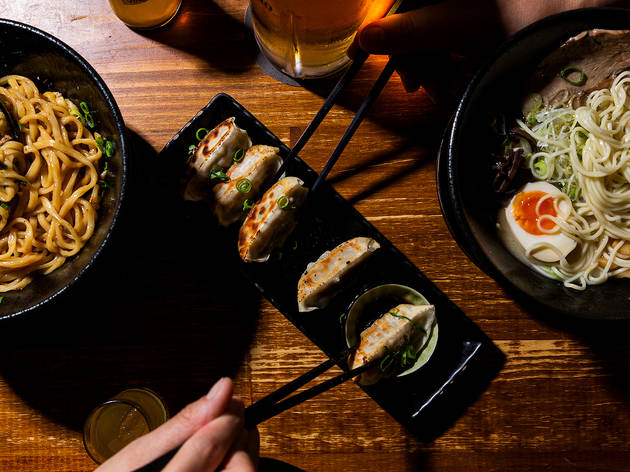 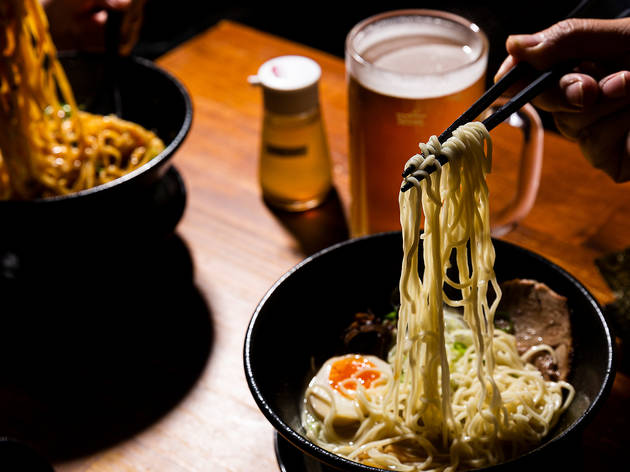 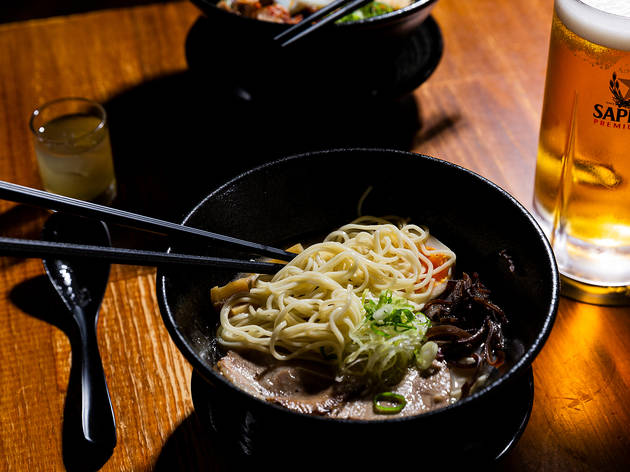 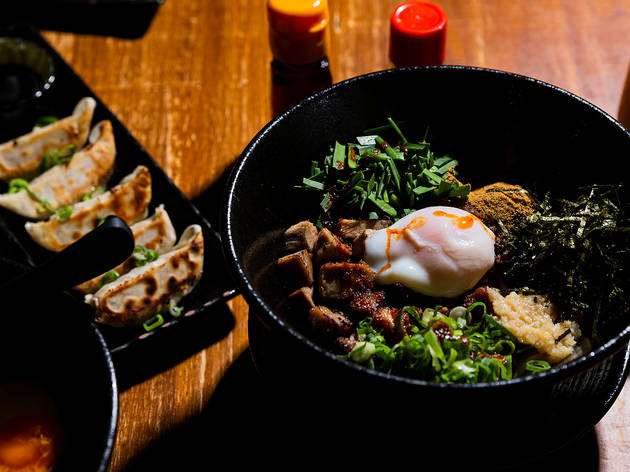 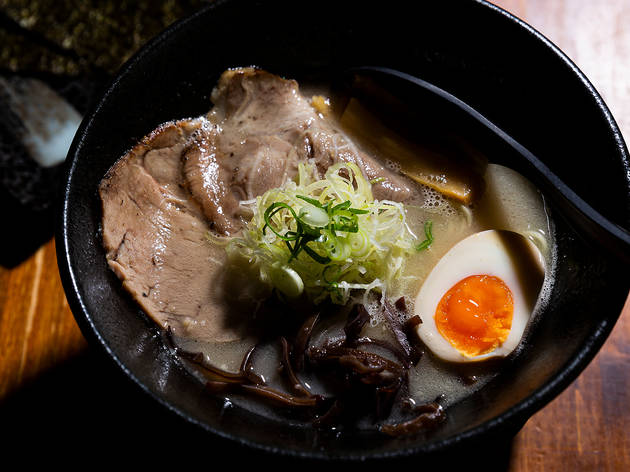 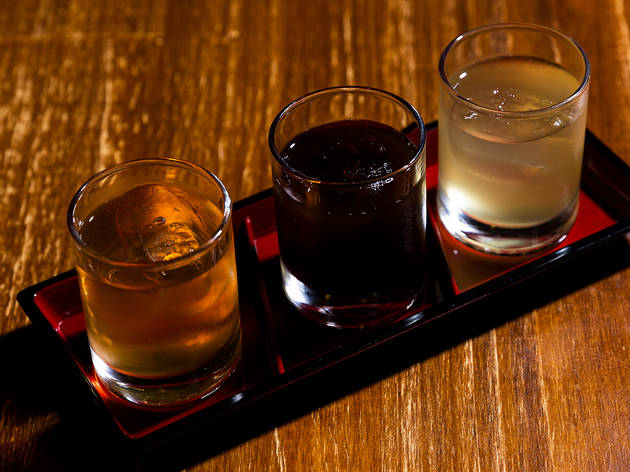 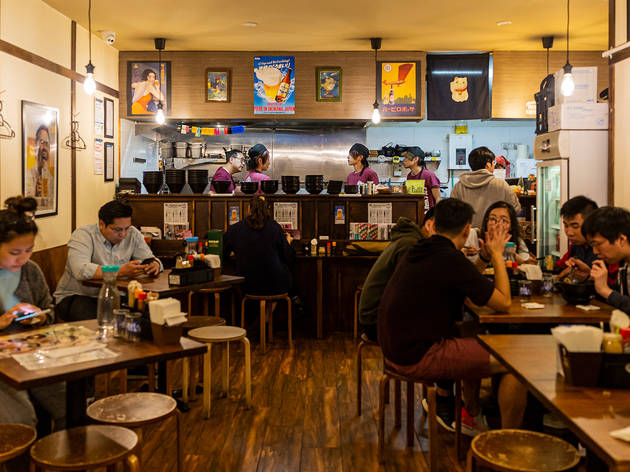 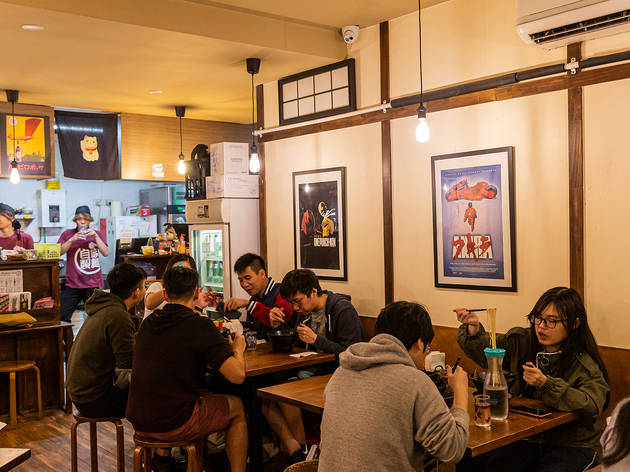 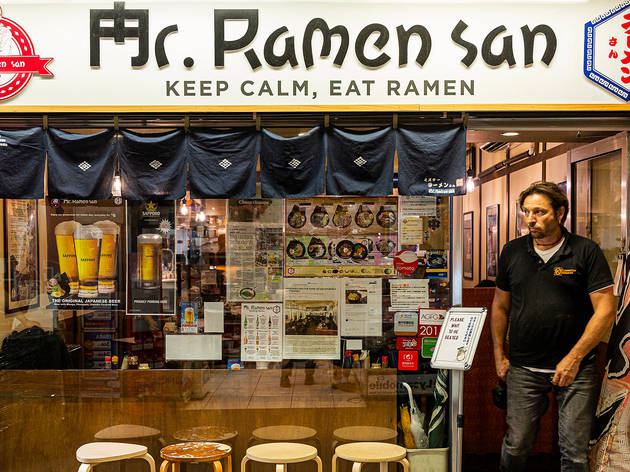 This CBD stalwart is still making some of Melbourne's best ramen

Increasingly enveloped by glassy ‘dining precincts’ and international players, we can’t help but wonder if the CBD’s remaining old-school arcades and food courts are living on borrowed time. We hope not. The hardy, usually family-run eateries within have long filled the bellies of CBD workers for minimal coin, from steamy boat noodles and sour pork fried rice in the ‘90s chic Paramount Food Court to bain-maries full of legit Padang cuisine at Tivoli Arcade.

Bourke Street’s MidCity Arcade is another stalwart, best known for dumpling institution Shandong Mama but also home to the peppily named Mr Ramen San, a homey joint banging down some of the most dependable noodles in town.

Compared to hyped tonkotsu joints like Hakata Gensuke and Ippudo that sell themselves on ultra-concentrated, rich soups, the bowls at Mr Ramen San are flavourful while being restrained enough for everyday consumption. The 10-hour pork bone broth is soft and creamy without being heavy, sporting a level of gelatinousness that slips rather than sticks. Thin and bitey wheat noodles, made in house, are just the right vehicle for this lower viscosity tonkotsu, while sliced spring onion, pickled bamboo shoots, seaweed and a jammy soy egg tick the customary topping boxes.

From there you can steer traditional with thinly sliced chashu that’s a half-and-half swirl of supple fat and char-blushed meat, or switch out for miso-simmered beef, spicy chicken mince, prawns and even a “vegan chashu” that mostly invokes the Devon ham in our primary school sandwiches. Delivered in sensible serving sizes, this is a rare bowl of ramen that satisfies deeply without rendering you comatose, and free kae-dama (extra noodles) takes care of the ravenous.

So Mr Ramen San indeed makes some fine ramen. But if you’ll allow us a curveball, the noodle dish you should really be coming here for is mazesoba, a soupless, saucy mixed noodle that fans of zhajiangmian and its Korean black bean cousin, jajangmyeon, will instantly click with.

Anchored by a rich base sauce made from soy and pork fat, a bed of thicker, chewy wheat noodles is laid with a bounty of minced garlic and chicken, roast pork, powdered dried bonito, chives and spring onion. Bound together with a gleaming onsen egg and a swirl of chilli oil, the result is intensely, addictively savoury – no doubt thanks to the fearless compounding of three protein sources in the one bowl. To rescue yourself from umami fatigue you’re given a squeezy bottle of rice vinegar to zap the earthy noodle gravy into a second, equally delicious, life midway.

No one goes out for ramen expecting balance, but you can get a modest fibre fix with sides, from scoffably light vegetable gyoza encased in paper-thin wrappers to a cooling salad of shiitake, wood ear and enoki mushrooms marinated in sweet mirin-tinged soy.

During peak hours it’s a strictly slurp and dash situation, but without the hurrying effect of a queue by the door you might choose to linger over nips of sake, umeshu or ice-cold draft Sapporo. The décor’s gentle mimicry of a typical Tokyo ramen shop feels transportative rather than cheesy, down to the wood-hugged walls adorned with coathangers, Totoro posters and vintage ads. Enveloped in this snug little cove with cheeks stuffed full of noodles, you’re likely to find a feeling of safety and comfort no snazzy new thing could ever provide.