Restaurants, Cambodian Springvale
3 out of 5 stars 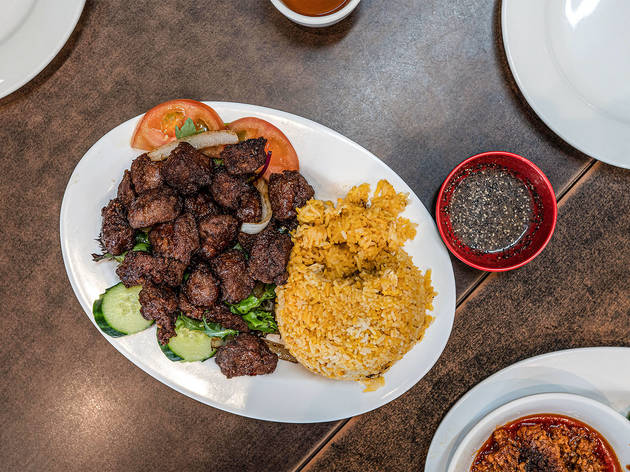 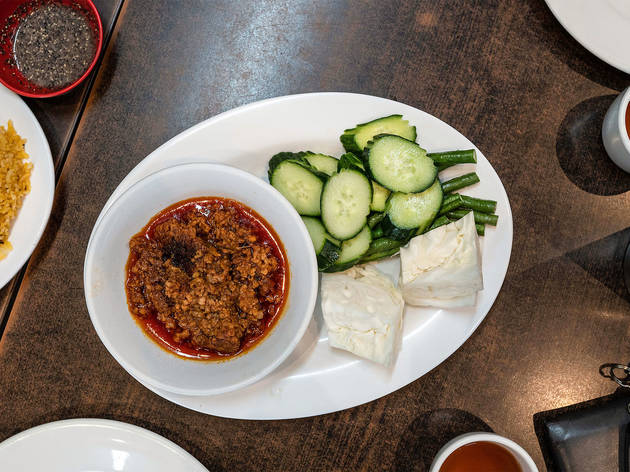 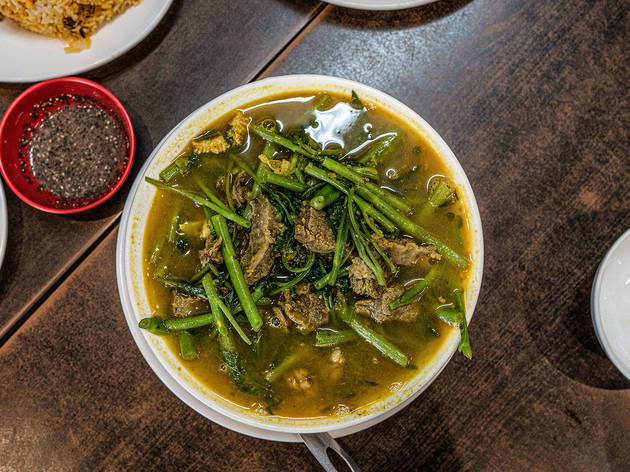 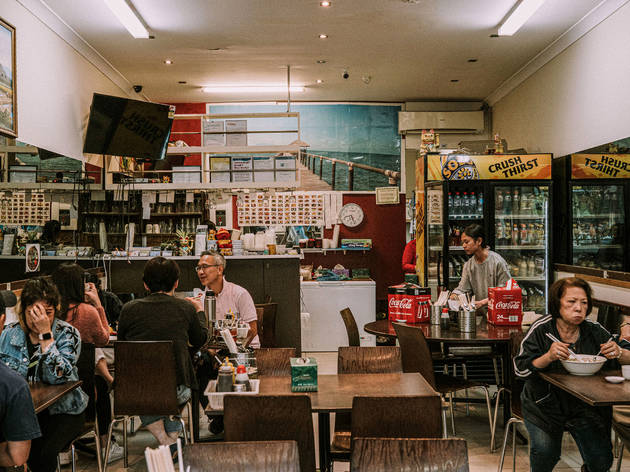 The flavours are big, bold – and in many cases, forbidden

“We call that ‘Cambo Strip,” says the owner of Springvale Vietnamese nook Bac 8. He’s referring to the run of half a dozen Cambodian restaurants at the northern border of Springvale’s vast dining precinct, a burgeoning stronghold for an underdog cuisine in a suburb with more pho joints than we’ve had bowls of pho – and not to flex, but we’ve had a few. We’re going with “Khmer Town”, and no trip to Khmer Town is complete without a trip to its de facto capital, buzzy BYO 40-seater My Cambodia.

Cambodian flavours can be heavy-handed, to say the least. They’re not for everyone, and our waiter seems committed to steering us away from anything too bold. Maybe he’s had bad experiences with youngish white boys in the past, maybe he just doesn’t believe in his chef, but our waiter would appear to know precisely what we won’t like and why, and he firmly steers us away from anything he deems to be a misstep. Mostly anything fishy, but the spicier items are apparently off-limits, too. Damn.

We start with the traditional Cambodian lemongrass soup: a sour, turmeric-hued number loaded with chopped lemongrass stalk, chuck beef and an artfully concertinaed rope of tripe for good measure – odd bedfellows, to be sure, but a pleasant and puckering way to begin.

Ostensibly of Vietnamese origin but an adopted classic nonetheless, a Cambodian restaurant’s lok lak is a must, if only to get a read on the chef. Sugar cube-sized chunks of steak are dressed in a complex, kampot pepper-heavy marinade that tenderises the meat and forms a crust when fried. It’s served with tomato-infused rice, fried onion and a ramekin of storm-grey tak meric: a nuclear lime and kampot pepper sauce that is to be deployed with caution. My Cambodia’s rendition rules – the crispy, umami exterior giving way to lusciously tender flesh. The simple textural one-two punch is irresistible, particularly with controlled dipping in the tak meric.

The utterly party-sized papaya salad all but carves its own fault line as it hits the table. Stacked high, the ingredients are all there in spades, but the thick, limp strands of papaya destroy the illusion of freshness we take from the tart dressing and considerable heat. A blue crab claw points to the ceiling like a zombie clambering from the grave and gives us a chuckle, but there’s not much meat. Curiously, a few mouthfuls in, our waiter appears and asks if we’d like to swap it for something else.

He also informs us that, unfortunately, My Cambodia is out of national dish fish amok on our visit, but we are instead advised to order an unbelievably flavoursome prahok k’tiss – a pork and fermented fish ‘dip’ served with raw vegetables for scooping. On the menu it’s referred to as Traditional Thai Minced Pork, but either way, it’s exceptional – the deep pungency from the fermented fish combines with the minced pork, tomatoes and coconut milk, the richness offset by the discs of crisp raw white cabbage and green beans used for scooping. It looks like mapo doufu, but it functions more like a Cambodian blue cheese, and it’s an oil-down-the-arms triumph – if a sometimes food.

Indeed, we’re filing My Cambodia under ‘sometimes treat’ rather than ‘daily staple’. The flavours are undeniably bold, and they’re brilliant in moderation, but it’s heavy going from the outset. To its packed house of regulars, however, a meal at My Cambodia is clearly a recurring ritual, and an extremely affordable one at that. No matter which camp you fall into, Khmer Town’s unofficial capital is top dog for a reason, but push hard if you want to try the forbidden dishes.