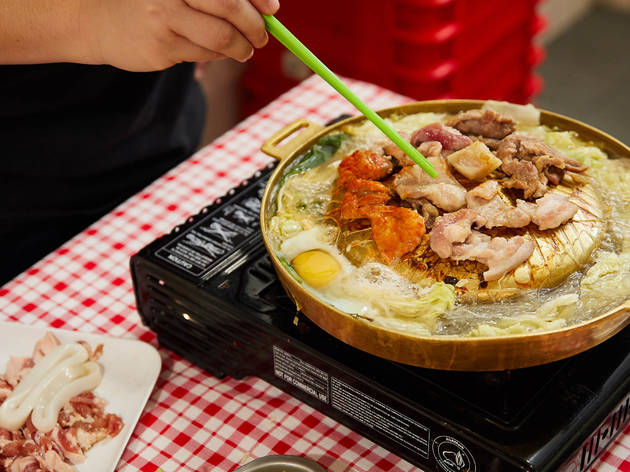 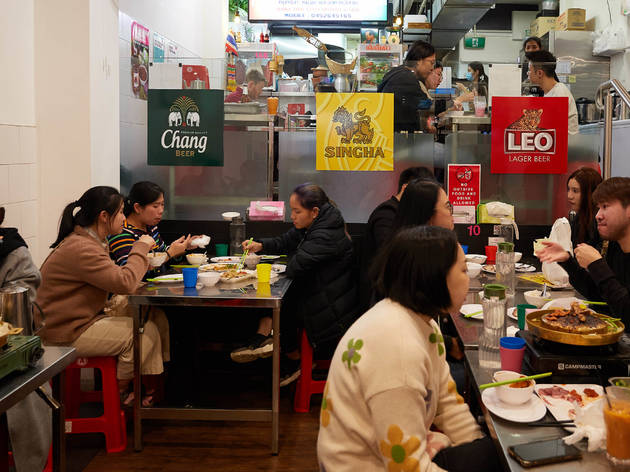 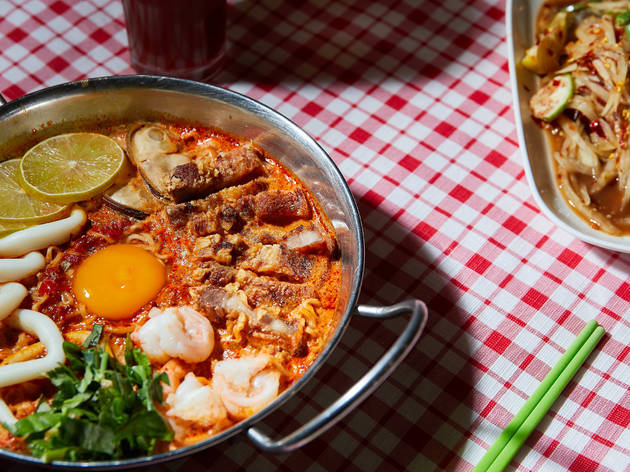 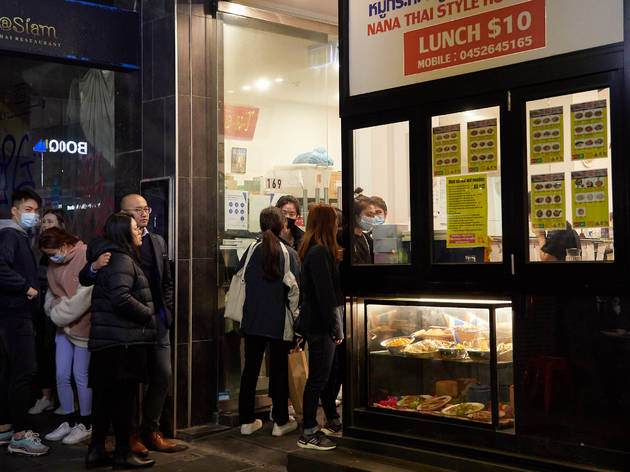 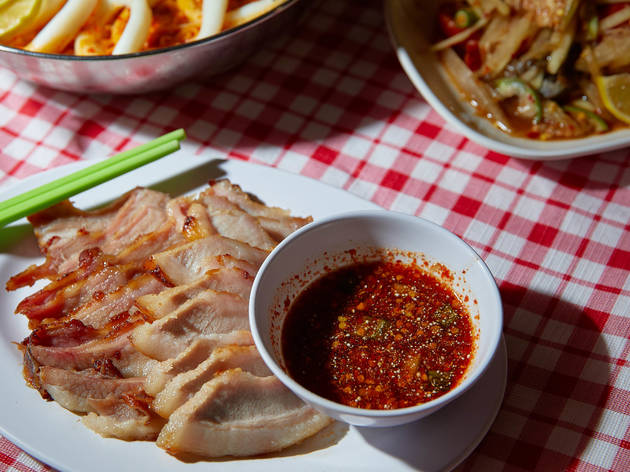 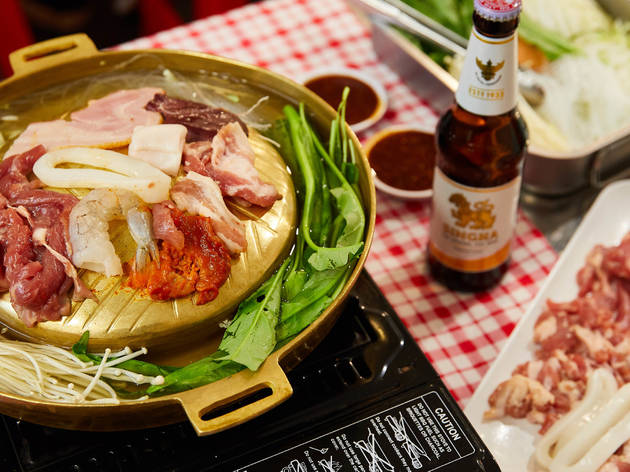 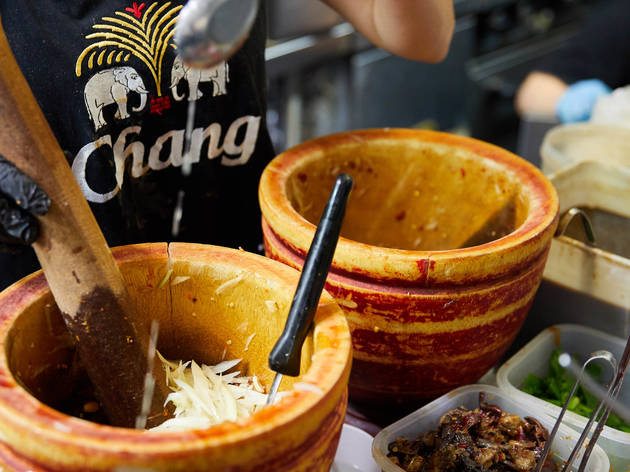 No matter what time you head to Nana Mookata Thai Barbecue and Hotpot in Melbourne’s CBD, you’re probably going to wait in line – even if the venue hasn't even opened yet. It's worth the wait, because stepping foot inside this Thai eatery is remarkably similar to a streetside restaurant in the hustle and bustle of Bangkok.

Plastic red stools litter the inside, food models defy gravity as they hang on the wall and Thai Sprite and Coca Cola signs light up the mezzanine level. The venue might sound familiar because it was previously housed in a discreet carpark near Parliament Station but opened up in its new digs on Bourke Street in March 2020, just before the pandemic hit.

Nuttanan Lohayanjaree, commonly known as Mint, is the owner of Nana Thai Style Hotpot and Barbecue and was born in Bangkok, Thailand. Her business partner Panta Thanapaisan, otherwise known as Wan, was born in Nan in northern Thailand. The duo successfully completed their bachelor degrees in Thailand before making the move to Melbourne to continue their postgraduate studies. So why did a supply chain and logistics graduate decide to open up a Thai hot pot and barbecue joint with a cookery student? Because they wanted to introduce Melbourne to the type of Thai food that makes them nostalgic for home.

Central Thai-style food takes place in the form of mookata, or Thai barbecue, that features golden domes on each table ready to fire up and use as a barbecue. Laminated instructions tell you how to oil the grill with pork fat prior to cooking the meat. Once sizzling away, the fat slides off and escapes the side into the surrounding moat of broth. This section is also a safe space for vegetables and glass noodles to soak in and take in all the flavours.

Moojoom, or Thai hot pot, is the other star of the show. A lemongrass-laden broth is dished up on a portable stove with an array of meat cuts like pork intestine, pork neck, chicken, calamari, prawns and vegetables (Chinese cabbage, enoki mushrooms and more) as well as some glass noodles. An acidic dipping sauce is served on the side and is loaded with lime juice and chilli which work well with the poached meats.

Prep your octave-higher-than-speaking voice because Nana Thai packs diners in. People not only queue outside prior to opening time, but once inside, it’s also bustling. Multitasking servers buzz around; Mint can be seen behind the counter crunching numbers faster than an accountant before tax time.

Isaan-style dishes compliment the moojum and mookata with their fiery, citrus-packed flavour. Som tum (the original salad, though there are ten or 15 other variations) is topped with flecks of dried shrimp, lime juice and chilli beside shreds of hand-cut papaya, while deep-fried pork belly takes centre stage with thick layers of crackling and the aforementioned lip-puckering side of lime and chilli sauce cuts through the fat. Lap it up with a bowl of garlic rice and a bottle of Leo beer or a milk tea.

You'll no doubt walk out full and victorious, right past the other hungry revellers desperately wishing the eatery accepted bookings. Dessert isn’t served but isn’t necessary at Melbourne’s first Thai hot pot and barbecue joint. And, if this is the first to grace our city, we’re ridiculously lucky.