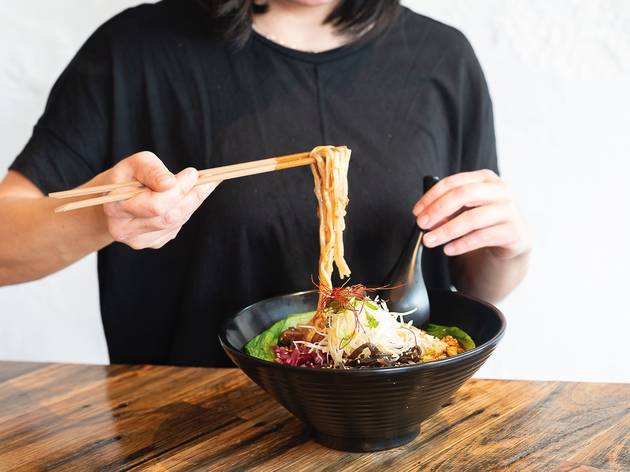 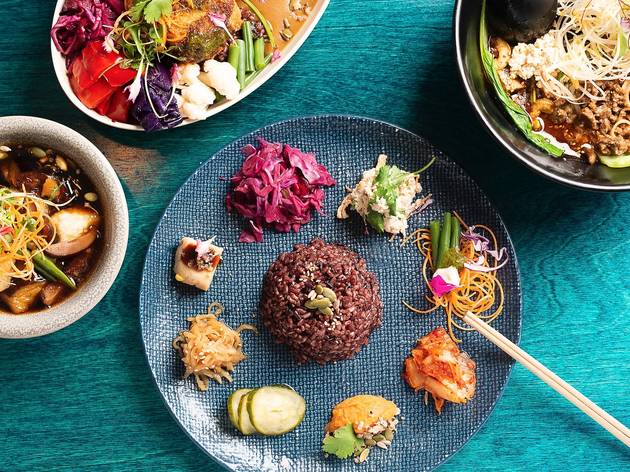 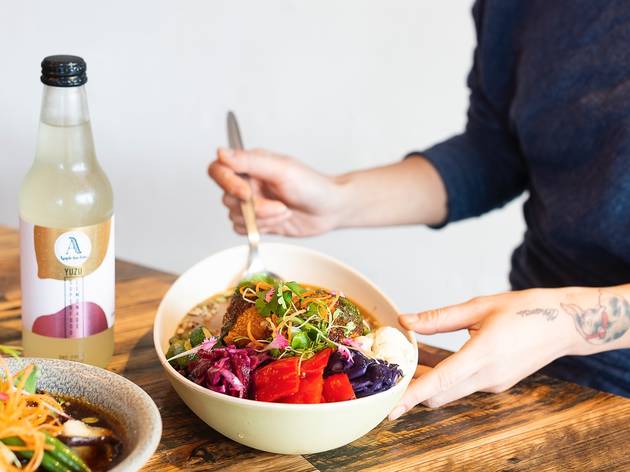 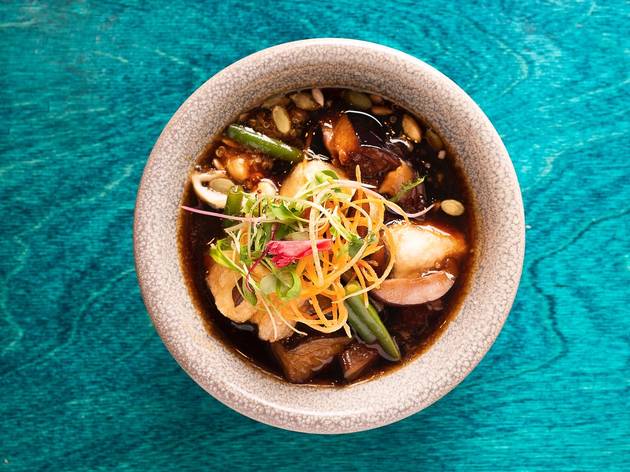 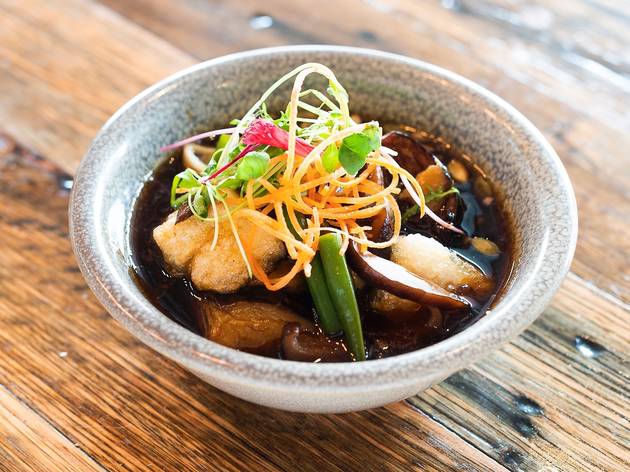 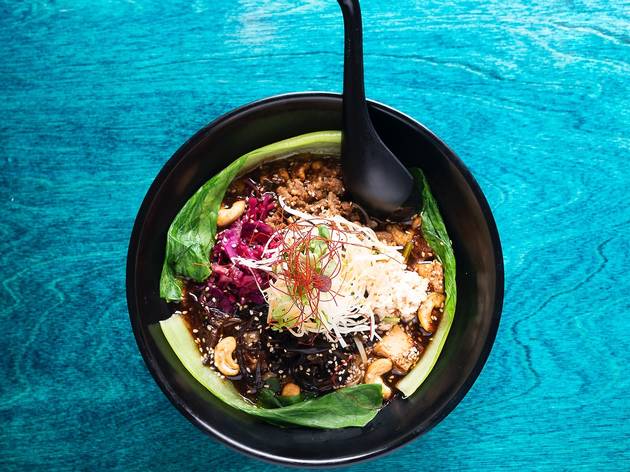 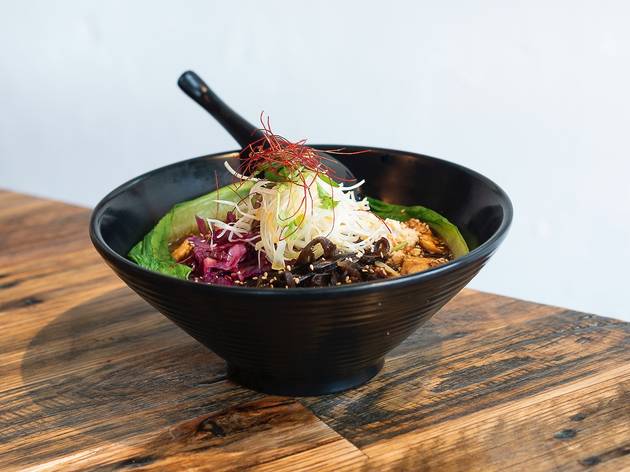 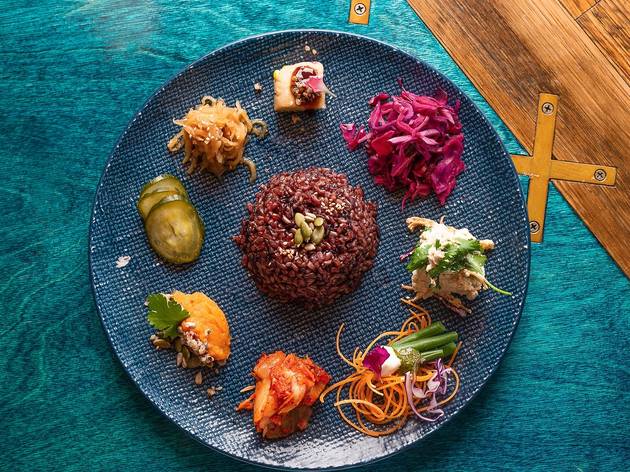 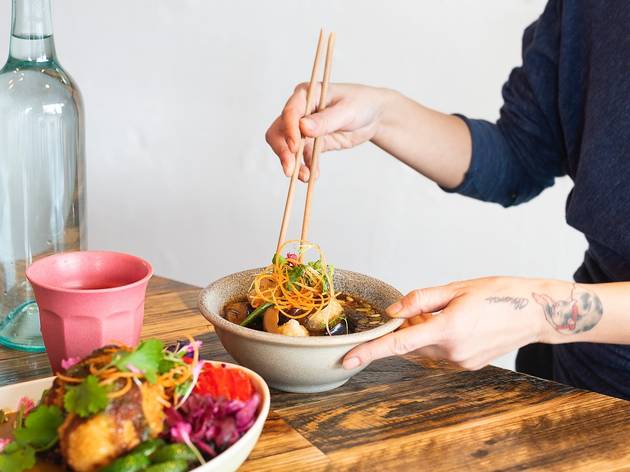 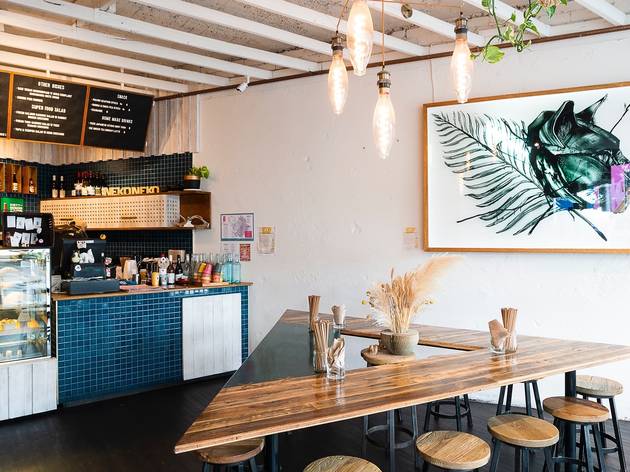 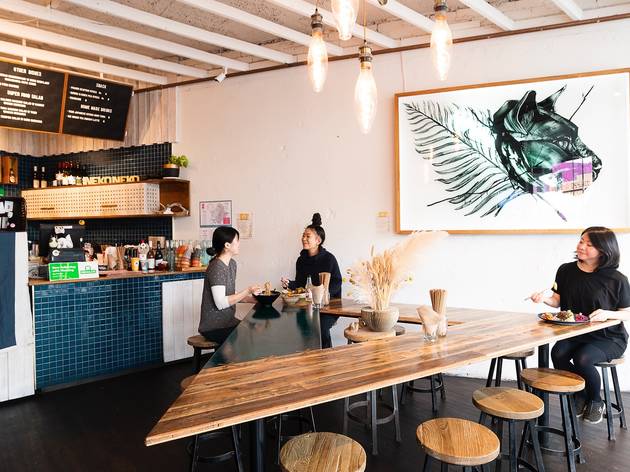 Winter’s tightening grip turns our yearnings to comfort food. Landlords across Melbourne may refuse to install double glazing, but at least we can warm ourselves from the inside out with steamy stews and starches, summertime ideals of virtuous eating be damned. But what if belly-warming food could be also wholesome and healthy, satisfying without tasting soporific? Leave it to the Japanese.

Down the city end of Smith Street is Neko Neko, a cosy little eatery cooking homestyle vegan and pescatarian Japanese for which it has amassed a loyal following. Forgoing dairy and red meat – staff instead pack dishes with vegetables cooked, raw and pickled while working in plenty of seeds and whole grains, elevating dishes that would usually leave you feeling comatose into lighter but no less satiating weeknight dinners.

Vegan Japanese curry fills gaping winter appetites, arriving via boat-shaped vessel in which shore of bitey purple rice meets thick, earthy curry. Unlike its south Asian counterparts, Japanese curry is light on spice, made by cooking down root veggies including onion and carrot into a curry powder roux that becomes gently sweet and starchy. Plopped on top are couple of panko-coated potato and bean croquettes drizzled in tangy coriander and bulldog sauce. The veritable carb fest is balanced by an assortment of veggies, from a perky floret of blanched cauliflower to a tangle of pickled daikon ribbons. Packing in your RDI of fibre has never been so enjoyable.

And while we love a gut-busting, rib-sticking tonkotsu as much as the next person, Neko Neko’s vegan ramens offer a lovely depth of flavour. There’s a light soy-based broth and a chilli tofu number peppered with cashews, but our hearts belong to the tantanmen, in which a miso broth fortified with ground sesame, soy milk and a slick of chilli garlic oil tastes properly rich, creamy and I-can’t-believe-it’s-not-meaty. Springy noodles and a generous scattering of soy mince, bok choy and mashed tofu round out a robust bowl we’ll be thinking about for a long time.

Neko Neko’s main event is teishoku, dainty set meals in which a small main is accompanied by eight artfully arranged side dishes. Options include limey salmon carpaccio and agedashi tofu, but the swordfish karaage is a breakaway winner: tight white cubes fried in featherlight batter, still crunchy under a drizzle of wasabi-spiked tartare and balsamic teriyaki glaze. They’re surrounded by a wheel of plant-based bounty so colourful you’ll feel healthier on sight. There’s sweet potato mash dotted with pops of corn, soy-braised eggplant that’s soft and unctuous, a fan of pickled cucumber slices, and even a tiny wedge of cashew cheese. Round and round we go, each bite a new discovery that has us feeling ever more in touch with our inner Okinawan nonagenarian.

A well-loved haunt for both far-flung vegans and hipster locals, Neko Neko’s tiny room is at capacity just about every night of the week. It’s a big hit for lowkey dates and a safe space for solo diners to nurse a glass of natural wine from a window seat. By nailing humble and homey cooking, just with better ingredients and a daintier touch, Neko Neko ticks all the boxes, easily becoming a place that even in this choice-overload part of town, you’d put on regular rotation.