Want to know the first rule of restaurant ownership? Know thy customer. It should be tattooed on the wrist of anyone who’s opened a degustation-only fine diner in the mortgage belt or taken a food truck to Toorak.

The train crashes Melbourne has witnessed in this department make it doubly impressive that property developer Larry Kestelman and his henchpeople have conjured the restaurant their idealised customers would want. The corporate titan behind South Yarra’s swanky Capitol Grand apartment tower – you know, the one that boasted actor Charlize Theron as an “ambassador” – has by all reports been the principal instigator of Omnia, the first of three restaurants planned to anchor his bower of power looming 10 storeys overhead.

A hospo industry neophyte, he’s also wisely followed the second rule of restaurant ownership: hire well. And aside from Theron, who awkwardly couldn’t remember the name of the development despite being paid a rumoured three million, his picks have been exemplary. On the pans there’s Steve Nairn, ex-Matilda, Vue de Monde and World’s 50 Best Restaurants luvvie New York’s Eleven Madison Park. On the floor there’s Kevin McSteen, the dapper maitre d’ from Attica and – snap! – Eleven Madison Park. It’s peak leadership for a supersized place that is already proving a South Yarra clubhouse for all seasons: there’s a fiftieth wedding anniversary being celebrated, a restive toddler testing the boundaries of his family’s endurance and a TV celeb entertaining a date, all within 15 square metres.

But back to knowing thy customer. South Yarra residents, both permanent and those who buy their place in postcode 3141 by the restaurant table hour, do not generally crave the shock of the new. Omnia’s menu honours this recalcitrance with the verities of classic comfort: port-glazed chicken liver parfait, flounder in butter sauce, steak tartare and a honey-roasted duck built for two.

The road (slightly) less travelled yields some fine canape-style snacks. There are creme fraiche-bound ocean trout cannoli, the carb vehicle du jour. Zucchini flowers are bisected, fried in a blistery batter and daubed with liquefied, mint-accented green olive tapenade. A fat white anchovy gets its worthy comeuppance in the company of grilled baguette and a smoosh of preserved lemon mayo.

It’s a big menu. A nuclear orange gruyere custard enveloping smoky marinated capsicum is the gently tangy star of the shortest of shortcrust tarts. The obligatory kingfish crudo finds its interest traction via the raw accompaniments of green apple, nasturtium leaves and sea succulents, the effect austere until brought together with the unifying tang of a viscous dressing zinging with apple and kaffir lime. Smoked, roasted Milawa chicken is a masterclass in the fundamentals, with added chimichurri.

The busy space has been seemingly designed to arm-wrestle the hubbub its size gleefully anticipates. An atrium-esque front area overlooking Chapel Street features a mirrored ceiling, a grandiose pillar inspired by the Roman empire and large-scale paintings by David Bromley. The plastic plants strewn around the place are a synthetic misstep in these days of conspicuous authenticity, but the more “serious” dining area is anchored with the gravitas of a curved timber ceiling, marble tables and curvaceous leather banquettes.

Not every system has been codified; the casual nature of the setting might infuriate those after a more cloistered dining experience. But it’s the kind of place putting a monogrammed ice cube in your lemon myrtle gimlet (cocktails are by Orlando Marzo, he of the World Class Global Bartender of the Year 2018 award) and where monogrammed paper is deployed enthusiastically. A dessert of “liquid-centred cheesecake” – more like a molten sweet wheel of cheese with a bruleed top and a blackberry sorbet chaser that feels like a non-sequiteur – arrives rustling in Omnia branding. And that brings us to hospo rule number three. Omnia has the courage of its convictions, and that’s half the battle. 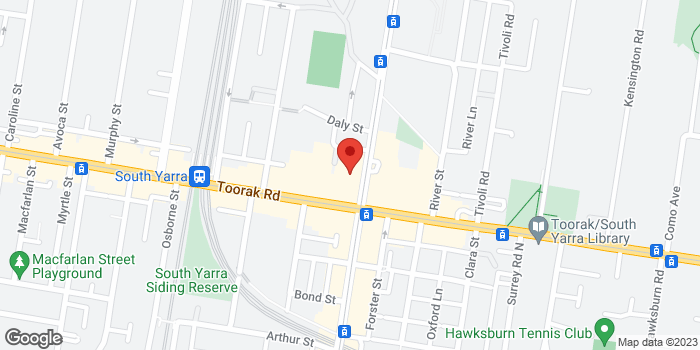