Restaurants, Cafés Melbourne
3 out of 5 stars 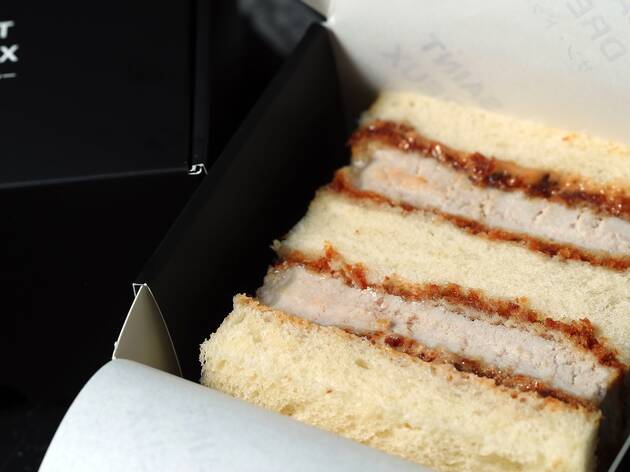 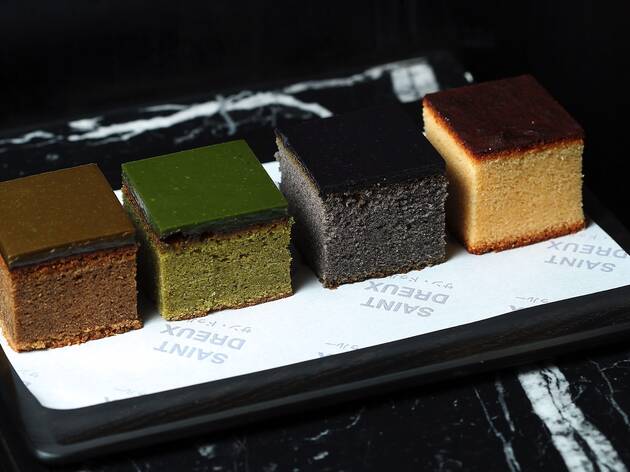 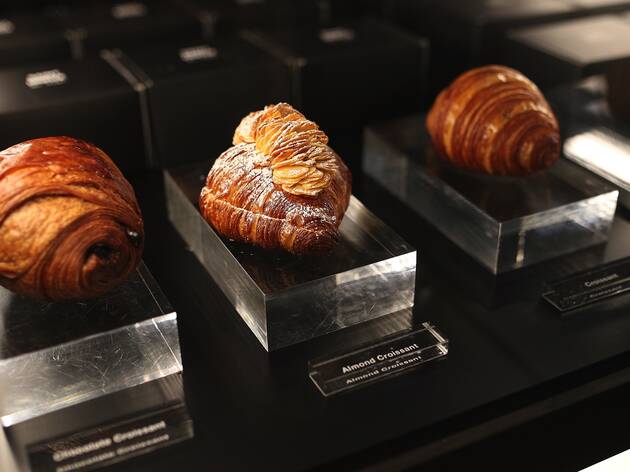 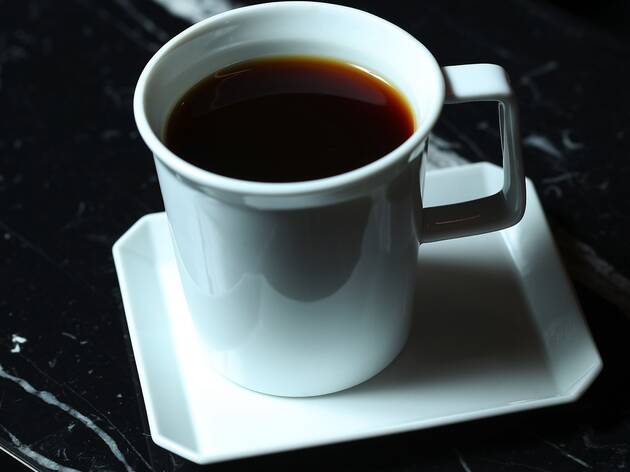 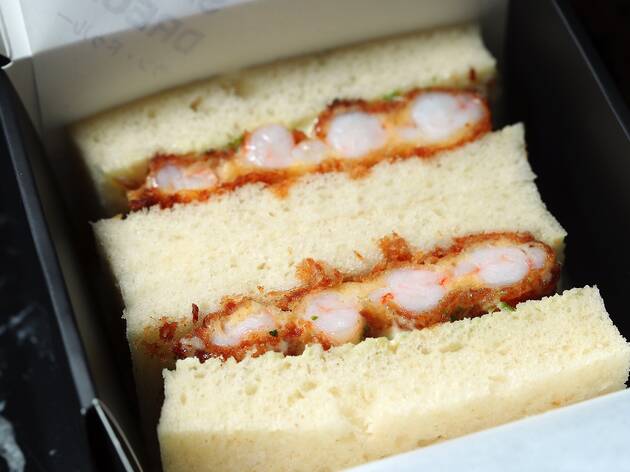 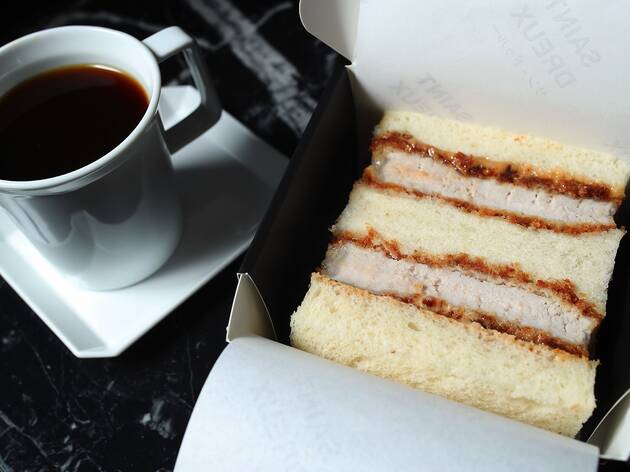 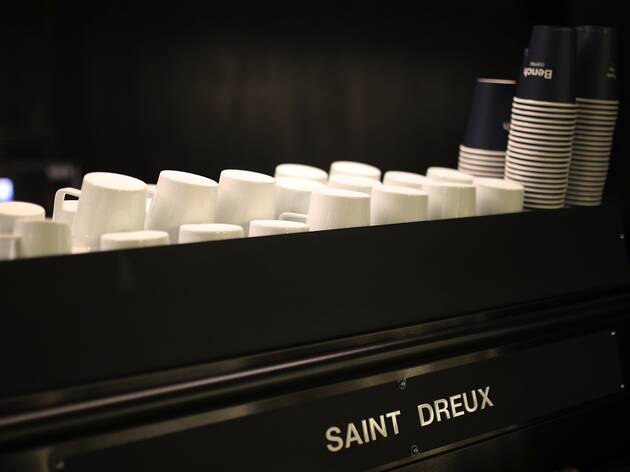 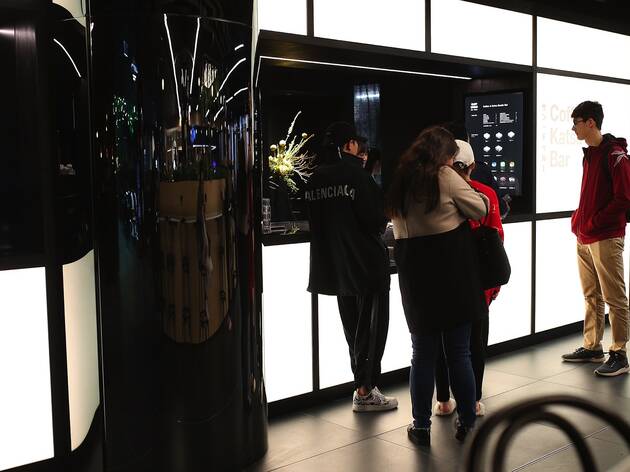 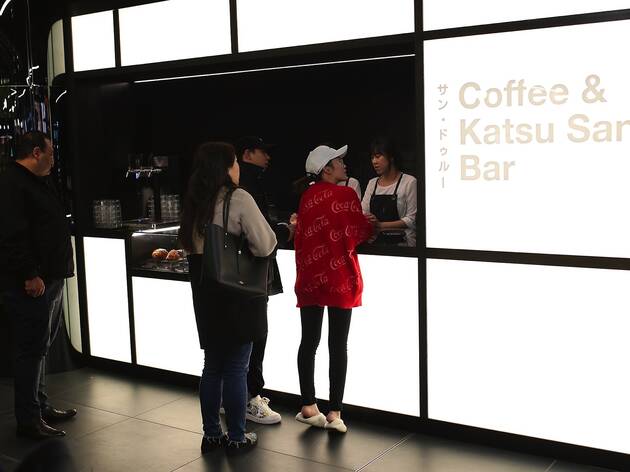 Style comes first at this cinder-hot new sando bar but there’s substance too, if you’re prepared to wait

Whether you like to eat at hip cafes or homey ones, sleek wine bars or spenny fine diners, you’ve probably noticed that the katsu sando – panko-crumbed, deep-fried meat in crustless white bread – is defying the laws of our attention deficit dining scene. You'll see versions of the humble sarnie of convenience stores and train station bentos in Japan everywhere across Melbourne, with Cutler and Co’s abalone katsu sandwich and Congress’s pigs head sanga still two of the most coveted bites in the city.

The sandwich's interminable rise finds its latest launch pad at Saint Dreux, a standalone coffee and sandwich bar inside the high end St Collins Lane mall. Its futuristic, Blade Runneresque aesthetic has kindled a torrent of images of the pitch black storefront, punctuated only by perfectly prismatic sandwiches that seem birthed by 3D printer rather the hand of common man.

Yes, you could lean into largesse and go for the $28 wagyu number, served medium rare with 7+ marble score beef, but without the offer of a big brassy glass of red and the rest of the afternoon off, a more lunch-appropriate indulgence lies in the $15 kurobuta pork. It’s a well constructed beast, the all-important panko coating is super flaky and audibly crunchy even after minutes steaming under tangy bull dog sauce and mayo. The thumb-thick cutlet inside, while juicy, is a jaw workout in parts to get that intense, unmistakeable ‘pork but more’ flavour of kurobuta. It’s the prawn sando we’ll be returning for. Its marriage of bouncy sweet prawn meat, crackly coating, tart mayo and springy bread results in something confoundingly delicious from a shopping mall food court.

Saint Dreux’s made-to-order MO and current hype means that at peak times waits can be upwards of 45 minutes, with a minimum of 20 just for your order to be prepared. When a banh mi can be assembled in as many seconds, office lunchers counting the minutes may have to settle for coffee, which they do well, including a crisp Acoffee batch brew with just a touch of acid and berry. It’s a better value proposition than the cold foam tea lattes, which you may choose to see as milk teas with very tall frothing, or simply half empty. And no, those charcoal grey cubes levitating on the counter aren’t space food but slices of black sesame castella, a Portuguese cake adopted by the Japanese. Leavened only with eggs – no butter, yeast or oil – the resulting sponge is a dense, moist canvas for black sesame’s roasted, molasses-rich nuttiness. Take one away for afternoon tea.

So does Saint Dreux answer our CBD lunchtime prayers? Perhaps, if only there was pre-ordering for that otherworldly prawn sandwich.