Restaurants Richmond
Recommended
4 out of 5 stars 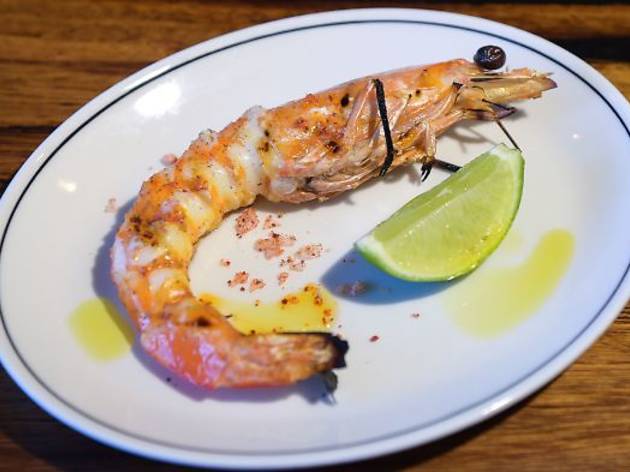 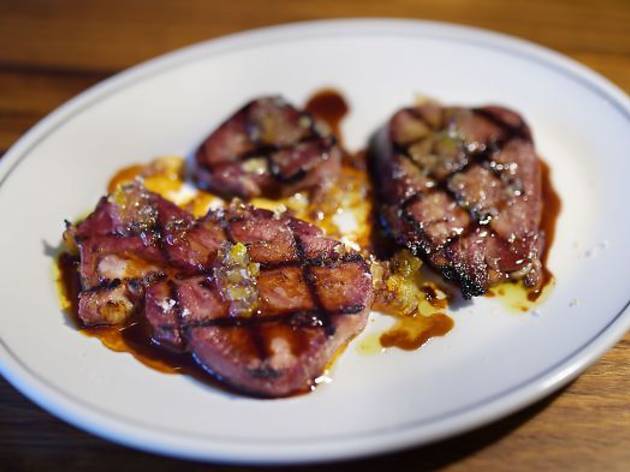 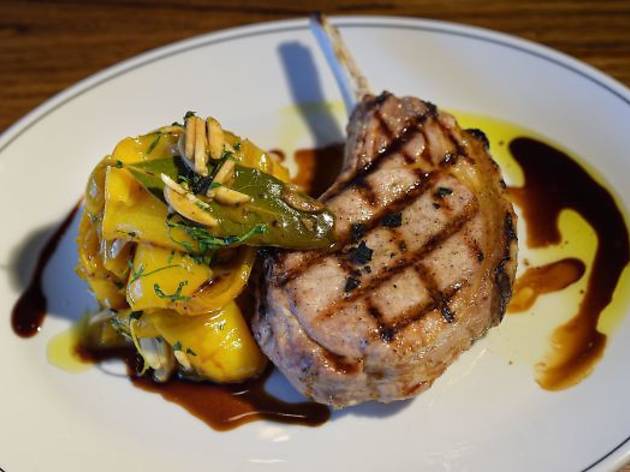 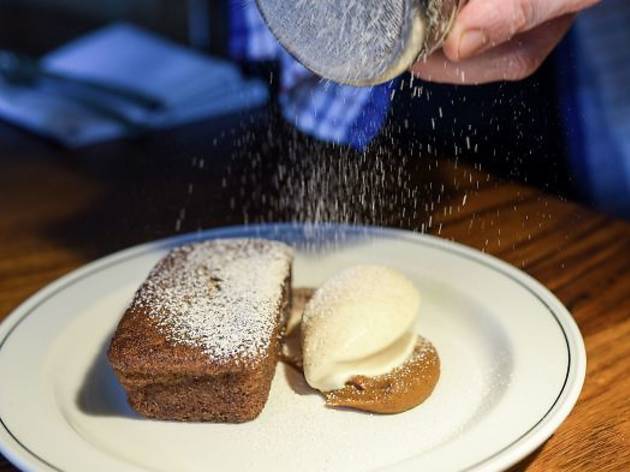 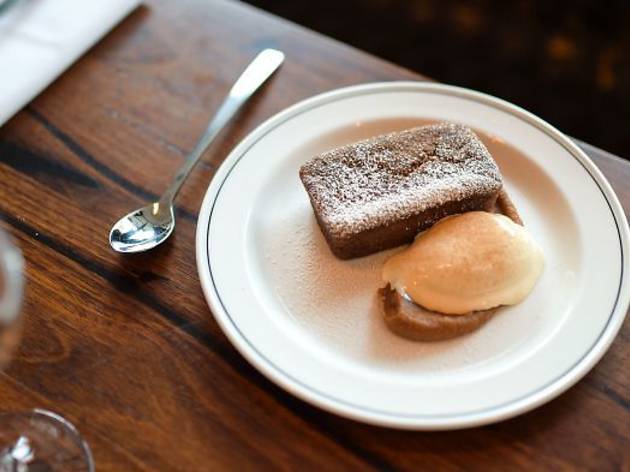 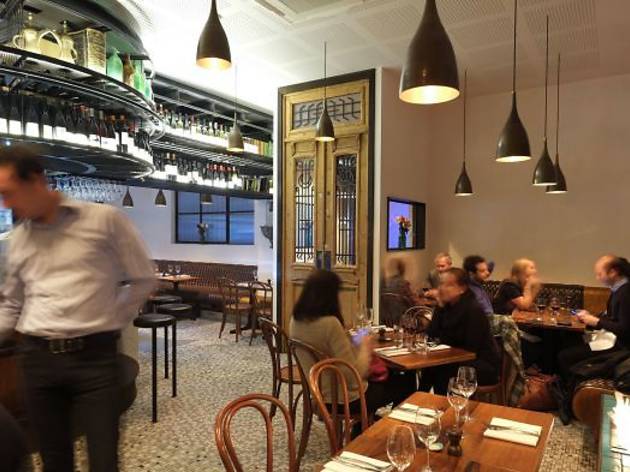 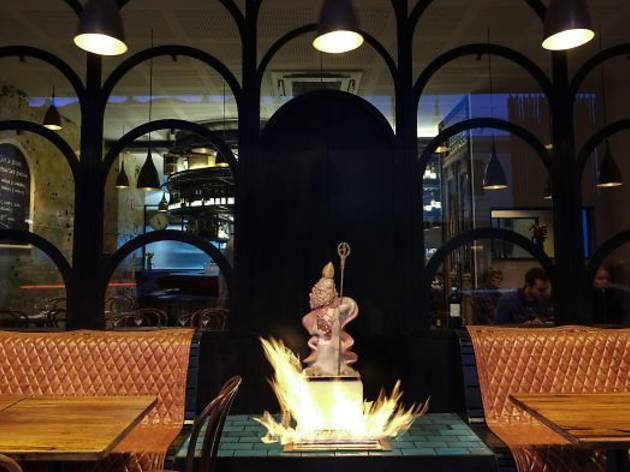 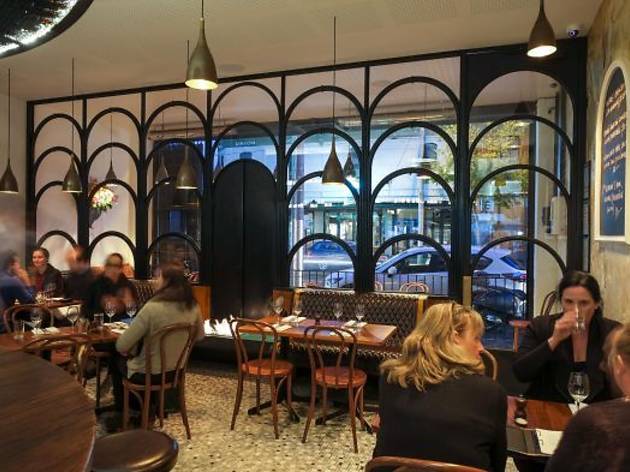 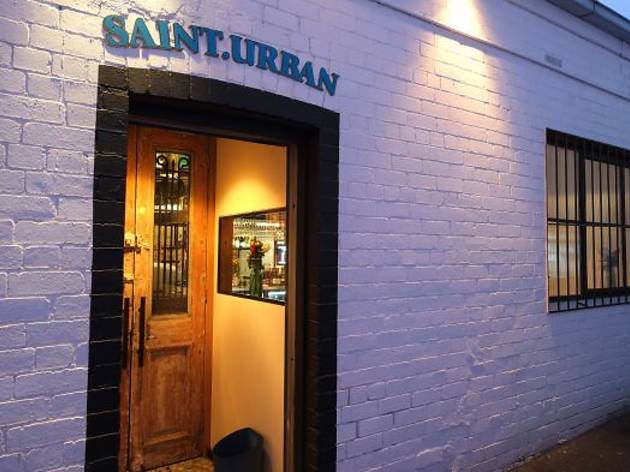 Richmond’s dining stocks have gone through the roof over the past year. Latest cab off the restaurant rank is Saint Urban

Saints alive. Dining out in Melbourne these days sometimes feels like one big Papal encyclical. And hence to the latest inclusion in the canon, Saint Urban, who Saint Google reveals was a fourth century French bishop who became patron saint of wine, which is a pretty good thing to be patron saint of, if indeed sainthood beckons.

Saint Urban is on Swan Street, across the road from Union Dining, and hiding behind a pleasant little fenced-in terrace that confuses two out of every three people who attempt to enter (here’s a hint: go down the side laneway and you’ll find a pair of old-fashioned timber doors. This is the entrance). It’s a fit-out with plenty of style, from the clever-clever Art Deco-styled window frames to the distressed concrete walls and the sharp pendant lighting, a combination that also manages to telegraph the Europhilic nature of the menu pretty comprehensively.

It’s a joint operation between Martin Pirc, who has run Punch Lane in the CBD for the past 20 years, and his head chef Daniel Schelbert. Both of them live in the Richmond 'hood and they’ve done themselves and their neighbours proud. This joint ticks a lot of boxes regarding the age-old ideal of the local restaurant, including the tone of the service (casual yet sharp) and the wine list (as easy as Sunday morning).

And the food itself is like the perfect neighbour – polite, not too noisy, and easy to understand. Starters like fried haloumi and figs, and whole king prawns in a vat of chilli-spiked oil. Big hunks of ox tongue, the new "It" protein, slow-cooked and charry and easy as anything (just tell the kids it’s corned beef) arrive naked but for some sweet mustard fruits. File under "simple and effective". Octopus and chorizo flaunts its Med vibe, the fat of the pan-charred proteins cut by guindilla (the pickled green chilli you’ve met in MoVida’s calamari bocadillo) and lemon cream. Beef carpaccio is like a title fight between truffle oil and pickled king brown mushrooms, moderated by a manchego cream referee. Here’s a suggestion: all future use of truffle oil should be mentioned on the menu itself, to warn folks who think it’s the Lynx deodorant of the food world.

They do mains here. Yes, really. Like a fat hunk of Western Plains pork, impeccably cooked, properly rested and sliced to share, It comes with a ragged pile of braised yellow peppers and slivered almonds – tick - but the heavy reduced sauce pummels its simple charms - cross.

To finish? Carrot cake, of all things. Toasty, spiced carrot cake with a smoosh of carrot puree and gingerbread ice-cream. Humble, really, but also rather satisfying. It could be Saint Urban’s motto.