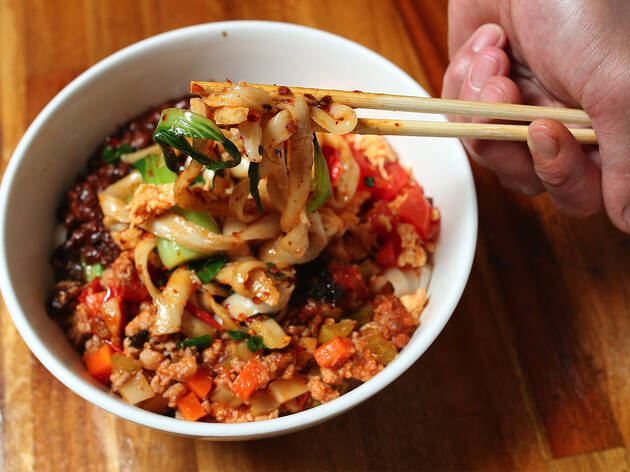 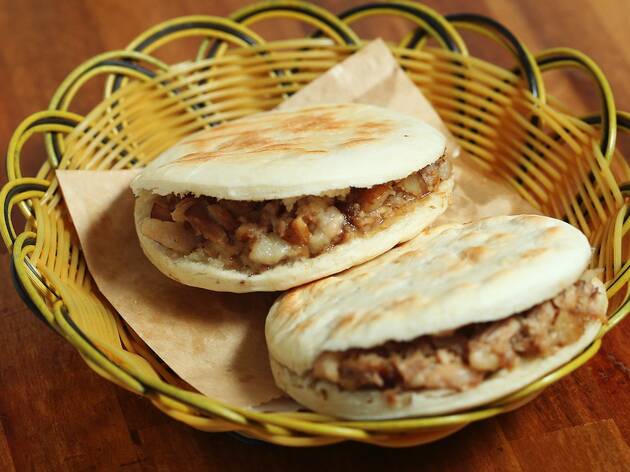 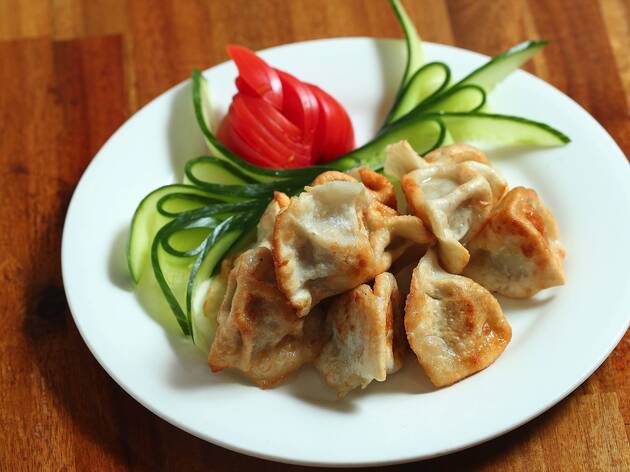 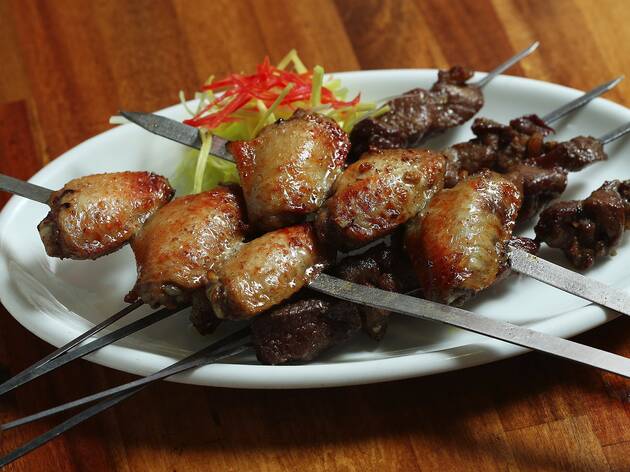 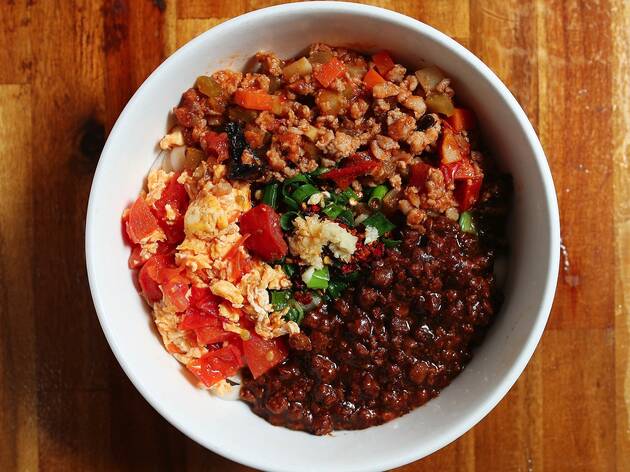 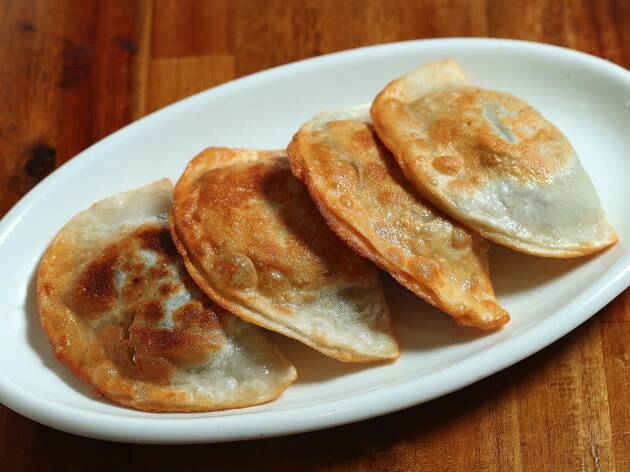 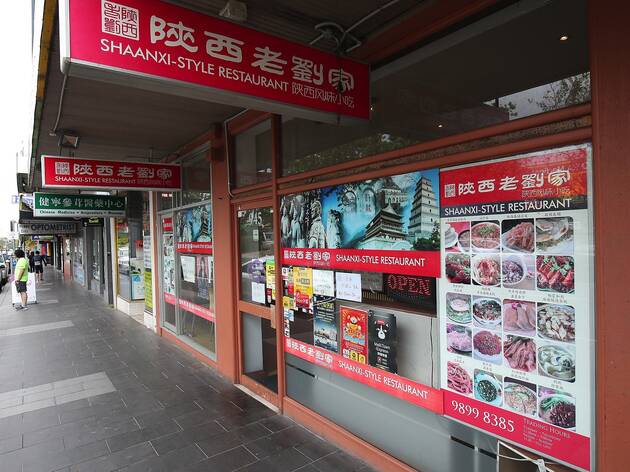 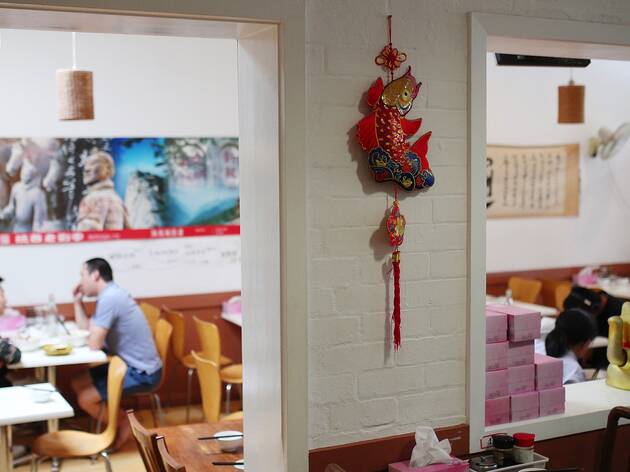 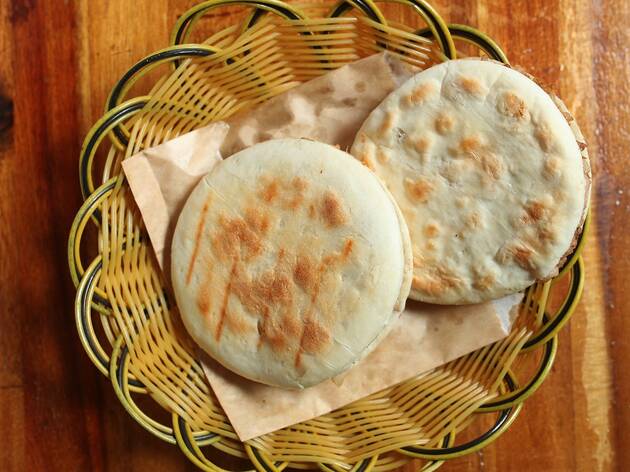 Oh boy, has Box Hill changed in the last few years. What was once a village of independent Cantonese-leaning restaurants, dumpling houses, barbecue shops and mini-marts is now an entirely redeveloped suburb complete with multiple mega-high rises and an influx of central and northern Chinese restaurant groups reflecting the demographic change. One of the first restaurants to introduce Box Hill to north-western Chinese fare is the family owned Shaanxi-Style Restaurant.

When they first opened a few years back, they were in a tiny shop front on Whitehorse Road away from all the action. Now they've expanded next door and seat a comfortable 60 in a high lit, low-frills space while churning out endless take-away orders. The crowd here are mostly Chinese natives and you’ll find solo diners on dates with their phones, couples and even families ordering loudly and socialising so verbosely that you almost won’t notice the eerie lack of music in the restaurant.

The rest of the room may be placing their orders in Mandarin, but don’t worry, the extensive menu has been translated (in some parts, poorly) and if you approach the items with a lucky-dip mentality, you won’t be disappointed. There is no dud dish, but there is meat lurking around in dishes you expect to be vegetarian like the chive dumplings. Plump, shallow-fried, cheek-sized pastries stuffed full of chopped garlic chives, bean thread noodles and omelette also contain pops of ground pork and do well with a drop of vinegar and a dab of their house-made, chilli oil fortified with bay leaves, star anise and black cardamom. The use of sweet and earthy spices is a common part of Shaanxi cuisine and punctuates meat-centric dishes like the pancakes with ground cumin beef, lamb noodle soup and skewers of chicken wings that you’ll find on every table.

They also serve the region-specific rou jia mo, otherwise known as Chinese hamburgers, or as they have written on their menu, ‘Shaanxi-style sandwich.’ These are rounds of crisp, grilled wheat bread, split in half and stuffed with your choice of meat. Order yours with strips of dry, stir-fried beef heavily dusted in earthy, ground cumin and offset with peppery slithers of blistered green capsicum.

Noodles are also a regional specialty, with biang biang (pulled and slapped) or jagged-edged, knife-cut noodles in rich, dry sauces designed to cling to the sheets for maximum flavour delivery. If the 67-item menu overwhelms you, order the dao xiao Shaanxi biang noodles for four very different home-style toppings on knife-cut noodles. It's exactly like eating several small dishes in one. Your noodles will be topped like an evenly divided pie chart. Zone one contains a bright and zippy, minced, raw garlic, dry chilli and spring onion corner, where the aromatics are activated by having hot oil poured over them. Zone two is a sweet tomato and egg gravy which will give any Chinese kid nostalgia. Then there's a salty ground pork and soybean paste which eats a little like a Chinese bolognese; and a tomato-based pork and root vegetable stir-fry with black fungus, carrots, celery, smoked tofu and potato which emphasises how much every culture enjoys a bit of carb-on-carb.

The service is stereotypically efficient, but not short, which adds to the energetic and stripped-back atmosphere of this family restaurant. Prices are kept low and regulars strategically over-order, eat and pack up their leftovers in under an hour so the next group can take their place and do the same.

In other suburbs of Melbourne, change comes through gentrification, but in this pocket of the world, change comes through rapid immigration. Shaanxi-Style Restaurant may be part of the changing face of Box Hill, but this kind of change adds to the cultural richness of a suburb and that’s not just good, it’s great.