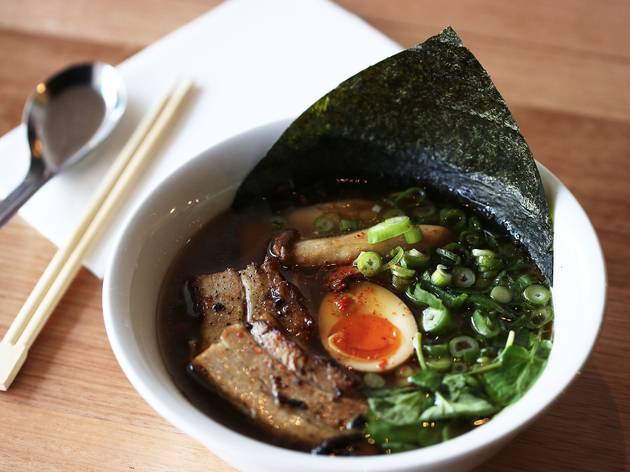 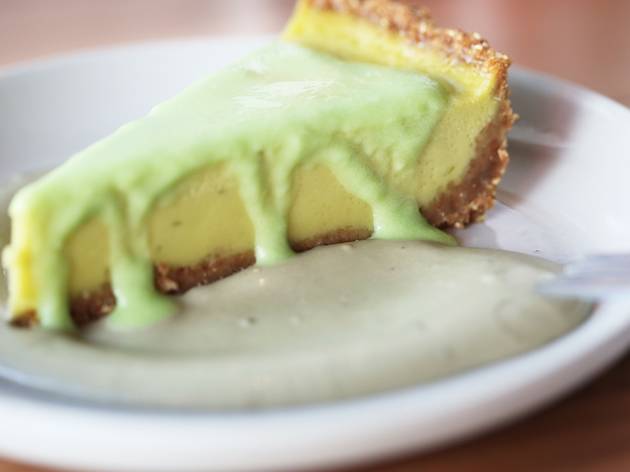 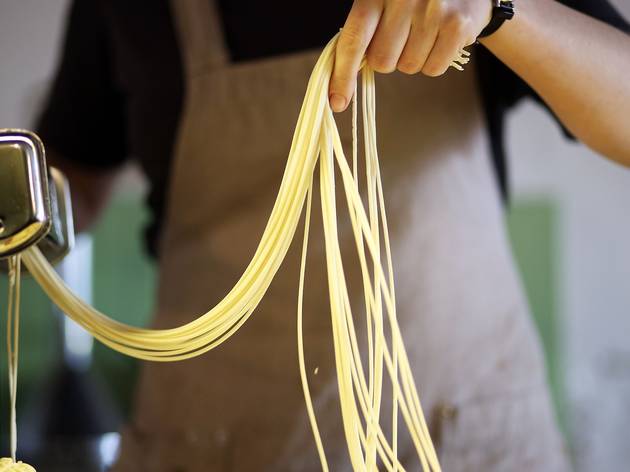 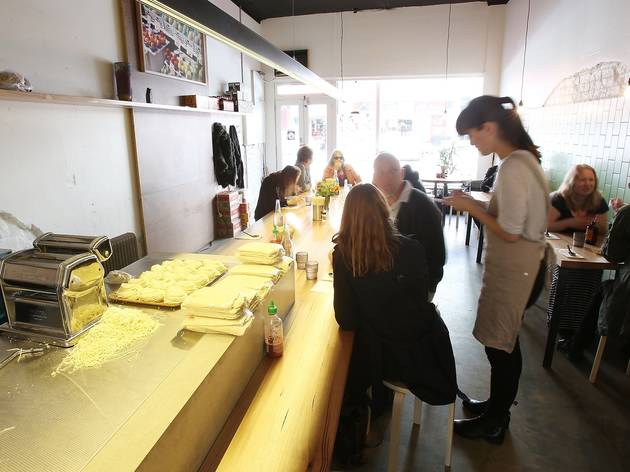 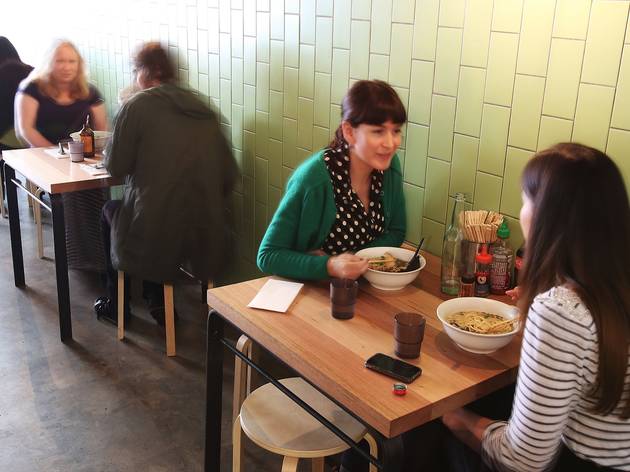 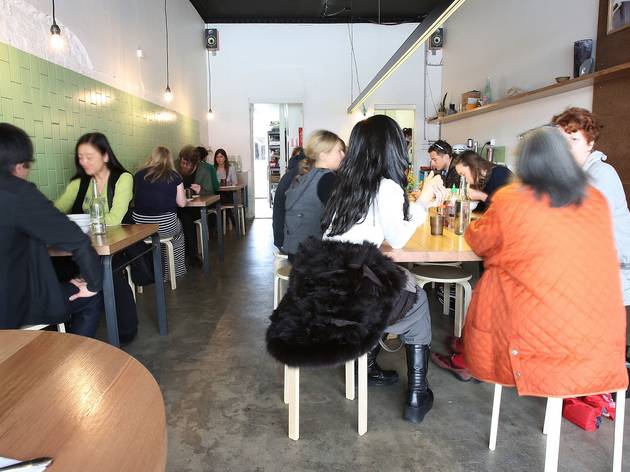 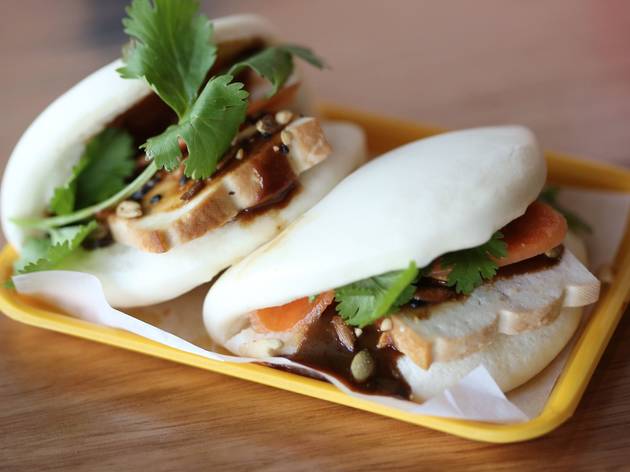 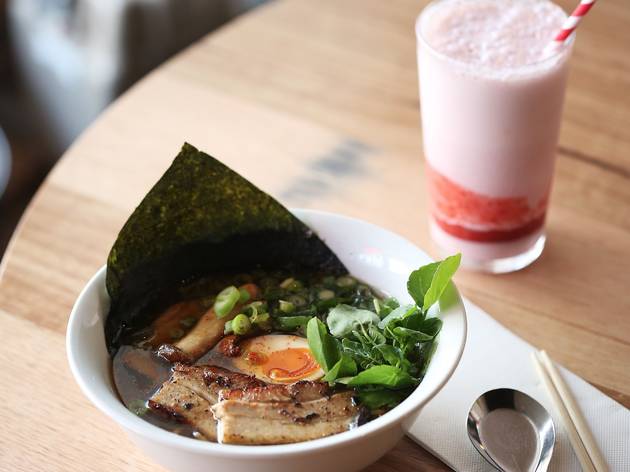 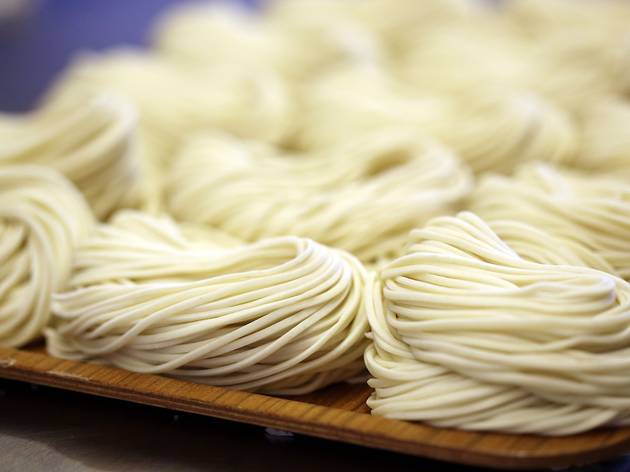 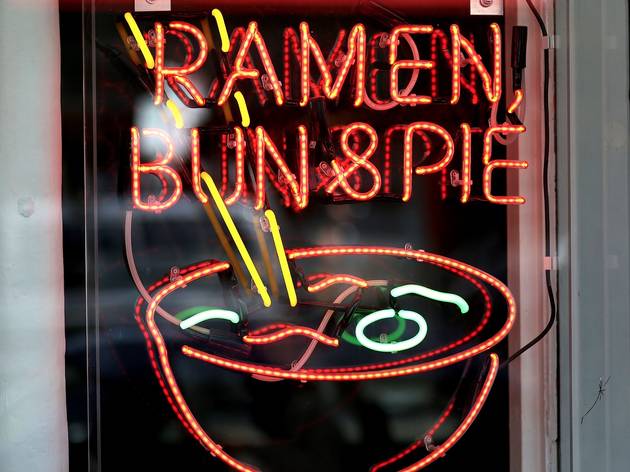 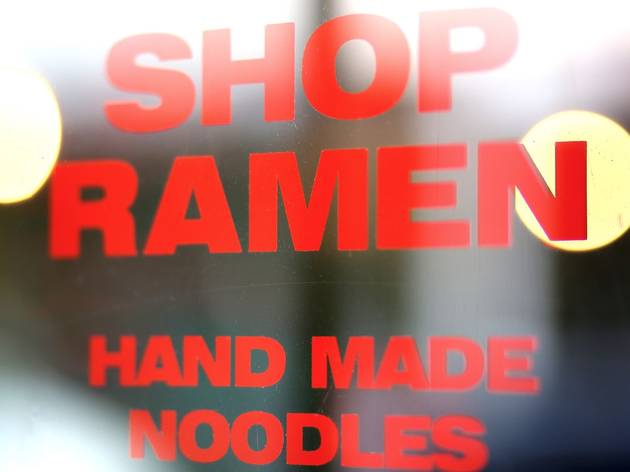 Don’t expect a bandana toting crew screaming ‘irasshaimase!’ when you walk into Pat Breen and Lydia Wegner’s soup joint. These two are ramen renegades, who roll their buckwheat noodles in a pasta maker and are pushing an eclectic mix of Japan’s favourite soup, Chinese-style pork buns, frosty shakes and caramel pie. Party down.

If you’re wondering whether smashing a bowl of soup and a milk drink is a good idea, it’s not. But do it anyway. The strawberry shake is a thick, creamy milk bar classic made with fresh house-made syrup. You could go a step further and assault yourself with a salted caramel and coconut number – just don’t plan on taking any steps afterwards.

Having said that, the meat broth here is a Tokyo-style chicken stock and dashi soup, rather than a gut busting pork bone tonkotsu, so it’s salty and punchy, but fairly light.

Our pork ramen comes stacked with meaty tongues of king brown mushrooms, nori, a soy-stained soft-boiled egg and fresh spring onions, and thick slices of belly that have been slow roasted then grilled so they’ve got a nice caramel crunch. The noodles have decent chomp too – almost like really springy spaghetti.

If you’re not a meat fan, go for the vegetable broth creamed up with cashew milk, and crowned with fresh shitake ’shrooms, zucchini and deep-fried tofu sponges. Or how about a bun? The sweet steamed bread is slicked with a sweet vinegary sauce and folded around either some pork belly or fried tofu, crunchy pickled carrot, pepitas and coriander like a fluffy Asian taco.

Shop Ramen is every bit as busy as you’d expect of a place where you can chase vegan food with a sweet biscuity slice of caramel pie. It’s only going to get more competitive if they manage to bag a liquor license for beers. Come early if you want the sole group table up front, or, come alone. They’re a friendly bunch, and the stacks of design mags, hip hop and big tables make this the best place in town to do dinner for one.