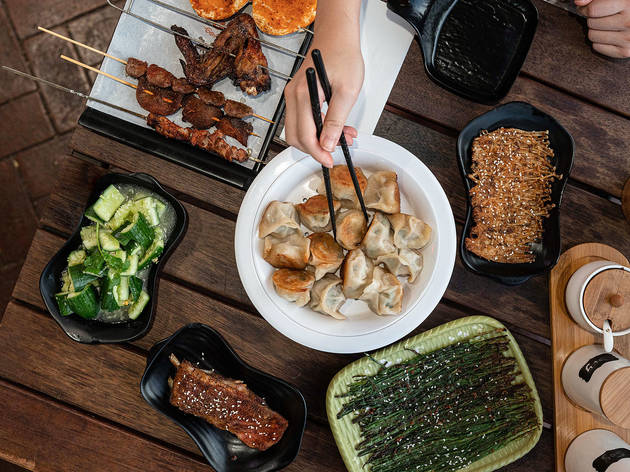 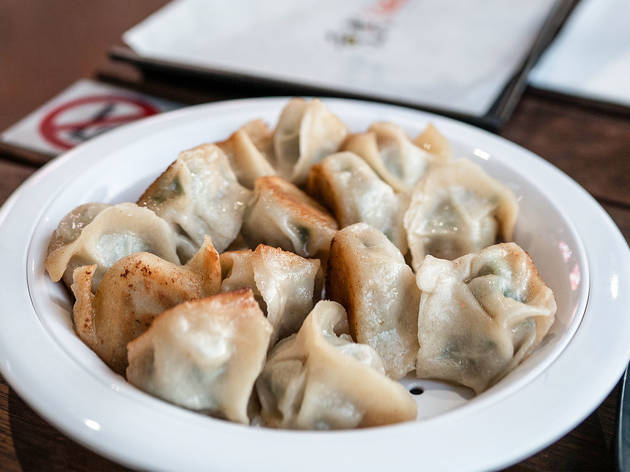 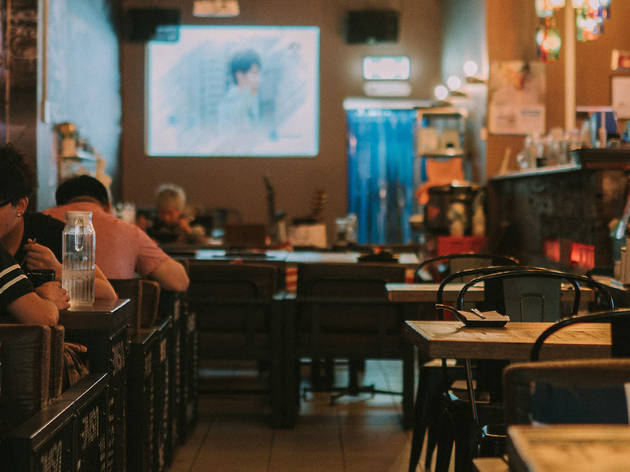 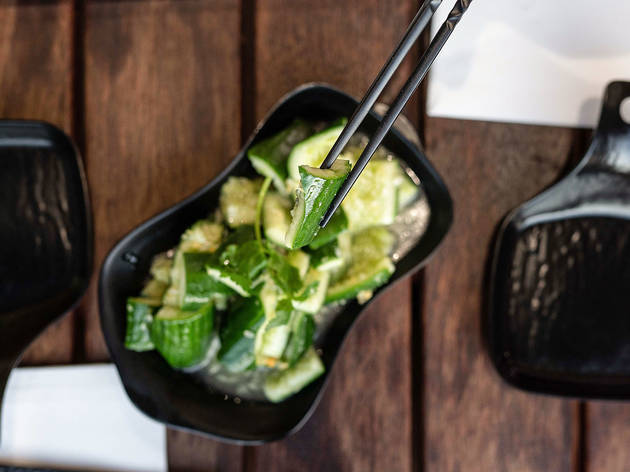 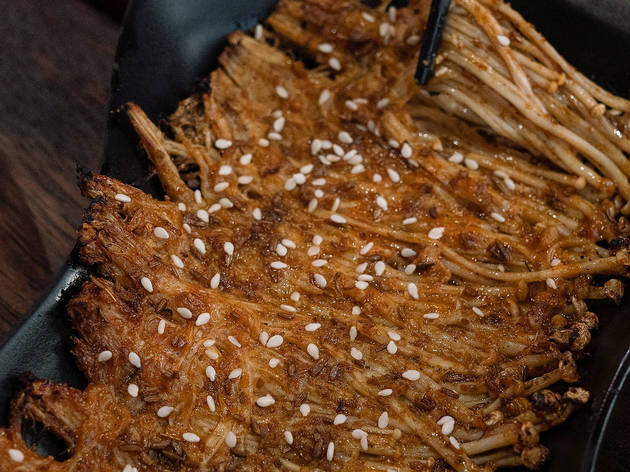 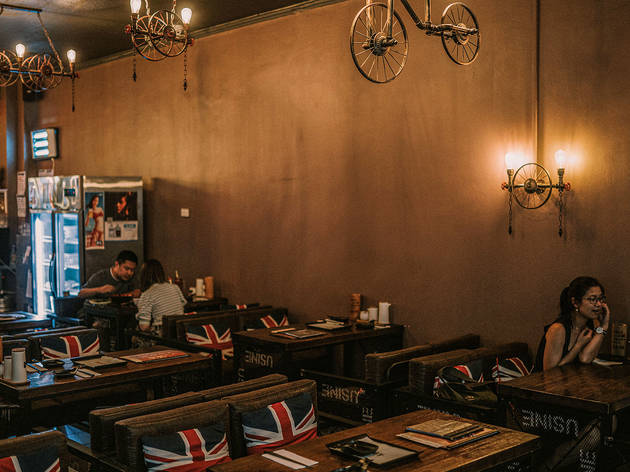 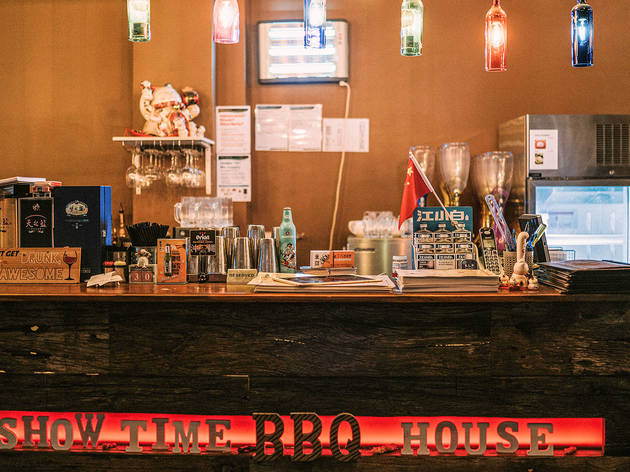 No offering of food plus entertainment will ever eclipse that of the late spooky-steak sensation Dracula’s. Nobody’s suggesting that. But while Melbourne continues to mourn the ugly, protracted death of a cross-disciplinary icon, the dinner ‘n’ show niche appears to be bouncing back 19km southeast of the CBD in Clayton, assuming form as a raucous 80-seater where live karaoke meets the latest regional Chinese trend to take root in Melbourne: chuan’r.

One of the most cost-efficient and frenzied ways to get fed (and lit!) along China’s eastern seaboard, chuan’r is essentially the skewering, seasoning and coal-fire barbecuing of, well, pretty much anything. Originally from the country’s west, where the skewers are served on little swords, it’s now a wildly popular street food for workers and students alike – particularly in the country’s northeast – and subject to the outdoor cooking laws of the city, available on nearly every street corner. Yangrou chuan’r, lamb skewers loaded alternately with lamb meat and lamb fat, are considered the de facto captain of the lot, but the central canon runs from veggie mainstays like jiucai (Chinese leek) and jinzhengu (enoki mushrooms) through to fish, mantou (sweet Chinese bread) and a definitively ‘head-to-tail’ programme of red-blooded cuts. Everything is doused in cumin and chilli, and every participating throat is doused in beer or baijiu – China’s ruthless sorghum-based white spirit.

Thank you for attending our TED Talk.

Showtime BBQ & Dumpling Bar is heaving at 7pm on a Wednesday night – no mean feat given the new wealth of regional Chinese restaurants on Clayton Road. The mean age – really the only age – is student, and many of them are tapping towers of beer ($38 for Snow or Tsingtao; $58 for Asahi) as they wait on food. At the back, karaoke lyric videos are projected onto a large screen, their backing tracks emanating from speakers that frame a young woman carolling heartbreaking renditions of modern Chinese ballads. It’s both beautiful and incongruous, like China herself, and goes some way to colouring the chuan’r hysteria a little bit sentimental.

Showtime’s is a vast menu and is slightly intimidating in its scope, going beyond chuan’r and dumplings to offer soups, claypots, stews and more. But punters are largely here for the chuan’r, and so are we.

Arriving first, the cucumber salad is a must; inch-thick slices of crunchy cucumber dressed with sesame oil, vinegar and garlic is as refreshing as this meal is going to get. It’s a tactical order, providing necessary respite from the coming cumin assault, which lands shortly thereafter by way of crispy honey pepper chicken wings, jiucai and mantou – he latter two heady with sweet fermented bean paste. The jiucai in particular, flat-pressed, abundant and sprinkled with sesame seeds, is a standout.

The chuan’r lands with a thud; a beastly onslaught of ribboned pork belly, cow’s tongue and liver, chicken hearts, jinzhengu, yangrou chuan’r and kao baozi – an at-times banal meat bun typically taken as breakfast, but here also skewered and grilled in a winning twist. The coup de grace? A luxuriously fatty lamb rib, served bone in, and a plate of crisp-bottomed fried pork and jiucai dumplings for good measure – an afterthought in the order, but yet another win for the kitchen. As forecast, it’s all slathered with cumin and chilli (save for the dumplings) and ravaged mirthfully.

In China, chuan’r is not renowned for the quality of its ingredients. Invariably, it’s cheap, it’s cheerful, but vendors are often subject to questions of authenticity levelled at their ‘lamb’. Showtime is unlikely to encounter this issue: the ingredients are undoubtedly a cut above, and while elevated street food and a pricier bill might not read as ‘authentic’, it’s as close to the original as it comes; the flavours are all there – and on surprisingly good cuts of meat. But chuan’r is as much about the ritual as it is the food, and most importantly, the jolly fever that accompanies it is wholly intact at Showtime.

It’s worth noting that for all of its pros: affordability; atmosphere; abundance – chuan’r is a distinctly one-note affair – and a heavy one at that. Fans of the lighter flavours that define the country’s southern cuisine are advised that this shit gets hectic, and really, the lightest thing on the menu is the beer.

For everyone else: the time is nigh for a chuan’r boom in Melbourne, and Showtime is well-positioned to lead it.