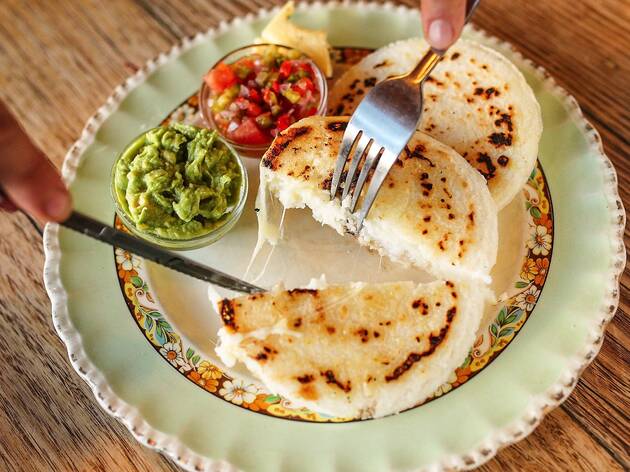 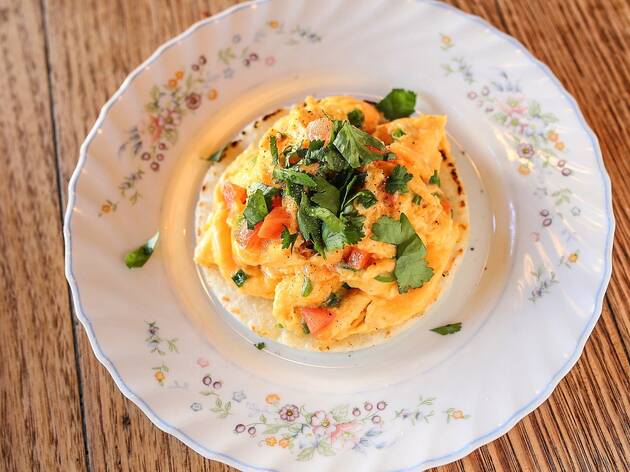 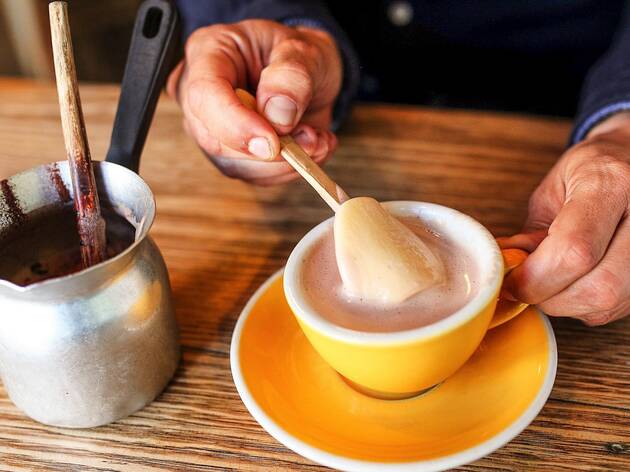 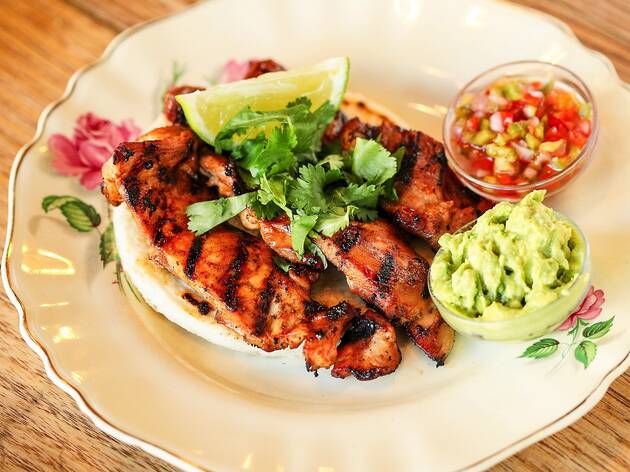 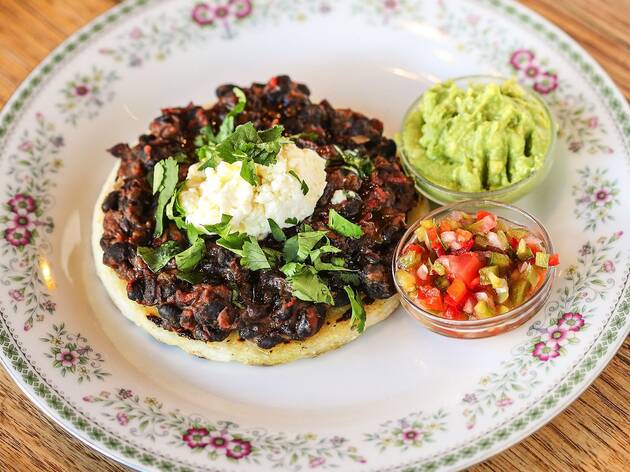 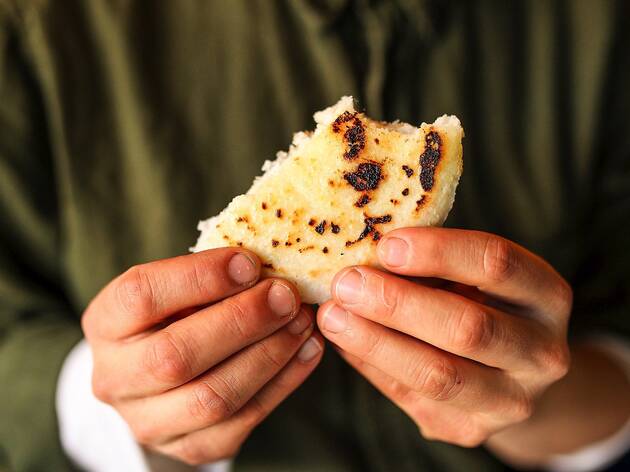 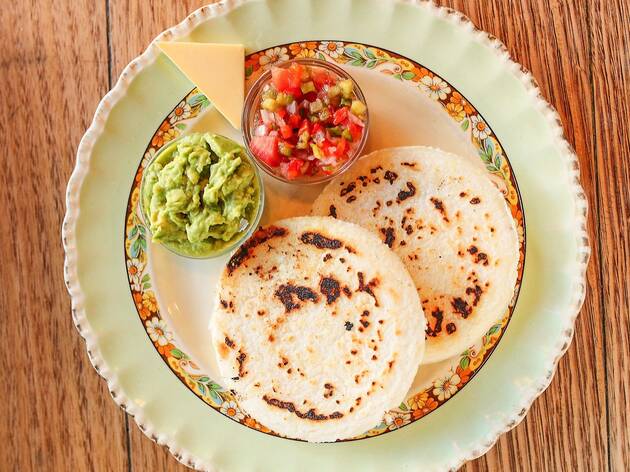 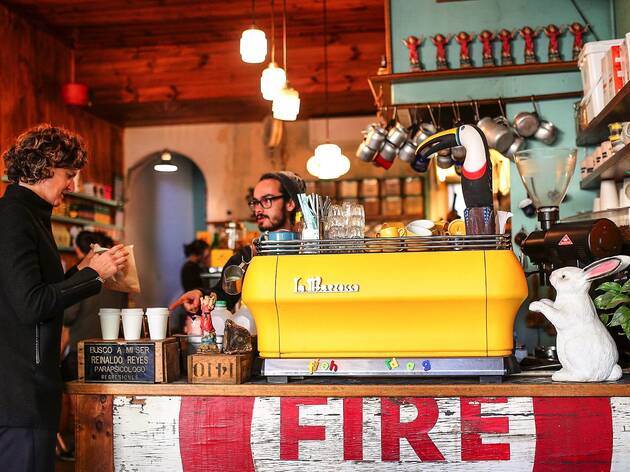 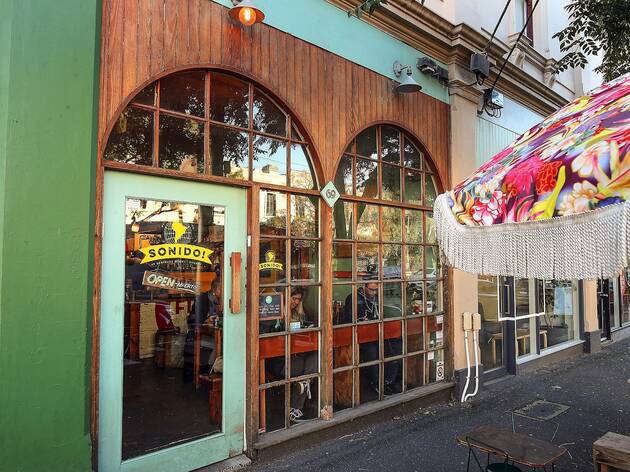 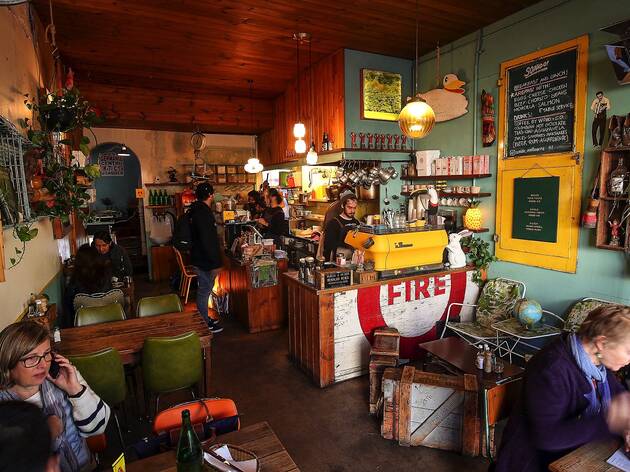 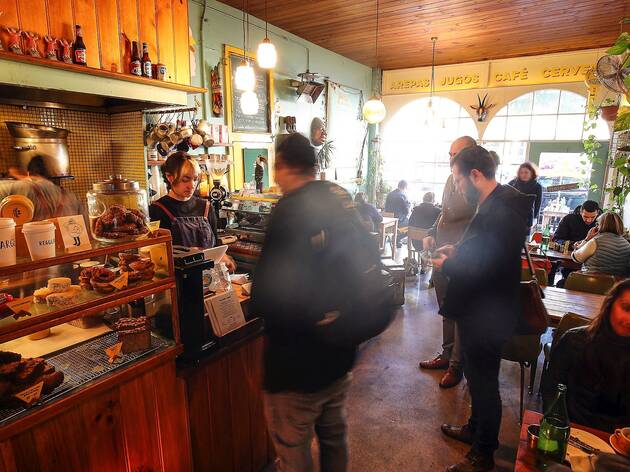 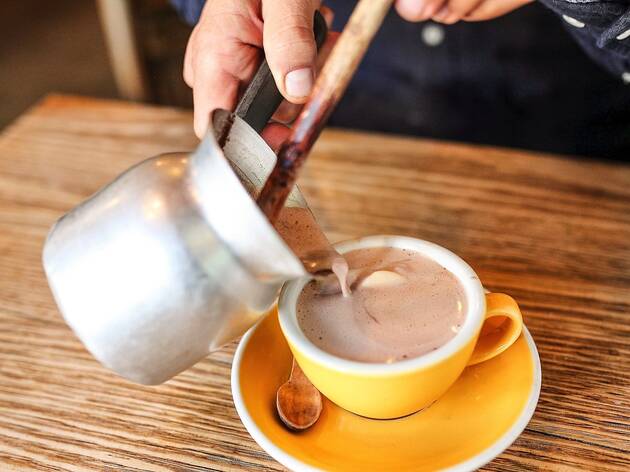 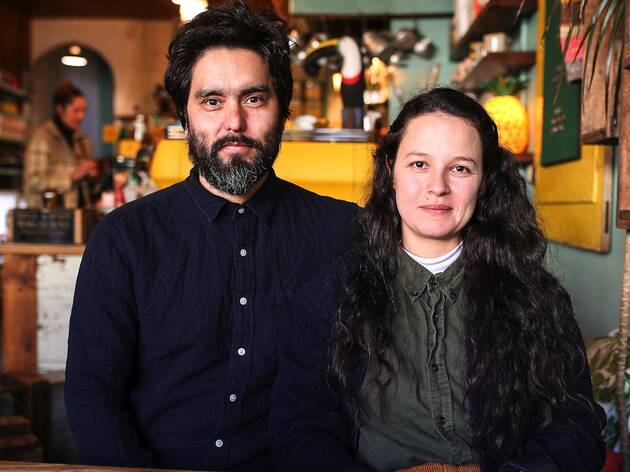 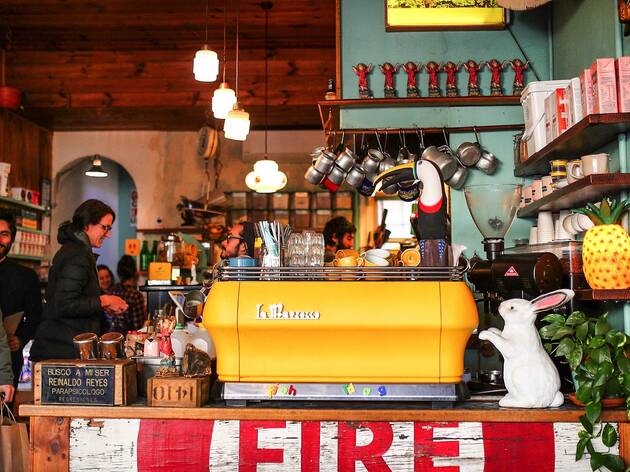 India and Malaysia have the dosa, the Middle East and the Mediterranean have the pita, Ethiopia has the injera, Russia has the blini, and Colombia and Venezuela have the arepa. This version of the ubiquitous flatbread – the oldest baked good in the world – is flat, round and made from corn and has been a staple of the Colombian-Venezuelan diets for thousands of years.

At Fitzroy’s Sonido, the arepa takes centre stage. Opened in 2010 by Colombians Santiago Villamizar and Carolina Taler, the café has made the humble arepa a household name. It has become so popular that a second outpost of Sonido, called Arepa Days, was opened in Preston last year, where the flatbreads – supplying both cafés – are made the traditional way: whole Australian corn is cooked, mixed, ground and shaped into rounds that are grilled to produce mild-tasting disks blistered with char. They can be eaten on their own but are even better crowned with proteins and vegetables. As a bonus, the white corn arepas are gluten-free.

The succinct menu at Sonido champions arepas (there’s also a small selection of empanadas and sweets), so your only job is deciding which topping to have. In the ropa vieja, shredded beef is slow cooked with tomato, onion and spices, delivering sweetness and the kind of comfort you get from eating mum’s casserole. In the pollo, the whole chargrilled free-range chicken thigh marinated with panela (unrefined cane sugar), hot paprika and lime is peppery and zesty, soaking the white corn arepa with meaty juices. For breakfast traditionalists, a thinner, crispier arepa provides the perfect foil for free-range eggs scrambled with spring onion and tomato in the huevos pericos. And for a Colombian-Venezuelan iteration of a crumpet try the arepa de queso. It comes filled with queso fresco, a mild and milky cheese akin to mozzarella, served with a slab of butter to slather on top alongside a shake of salt.

All arepas come with a creamy, cooling guacamole and a standout pica (salsa), made to Carolina's mum’s recipe, in which tomatoes, green and red chillies, and red onion are pickled in their own juices. Vegans don’t get left behind. Try the arepa with black beans or the Colombia-via-Australia arepa-mite (get it?) complete with vegemite, guac and tomato slices.

Sonido rotates a single origin coffee from a different South American/Central American country every fortnight, or there’s traditional Andean hot chocolate. Served in an olleta (metal jug) with a molinillo (stirrer), it’s creamy, nutty and not sickly sweet. Do it like a true Colombian and add a side of mozzarella. Or if you’re feeling under the weather, the aguapanela – an infusion made from panela that tastes like a very weak, sweet tea – supposedly cures 147 known illnesses.

What makes eating at Sonido even more fun is the eclectic fit-out. Vintage, mismatched furniture, South American paraphernalia, crockery straight out of grandma’s house and laminated menus make you feel like you’ve been plucked from Gertrude Street and delivered to Bogotá or Havana. There’s a fiesta vibe no matter the time of day – whether first thing in the morning or later in the arvo, when South American families and locals swap coffee and hot chocolate for Quilmes, an Argentinian lager that goes just as well with an arepa.