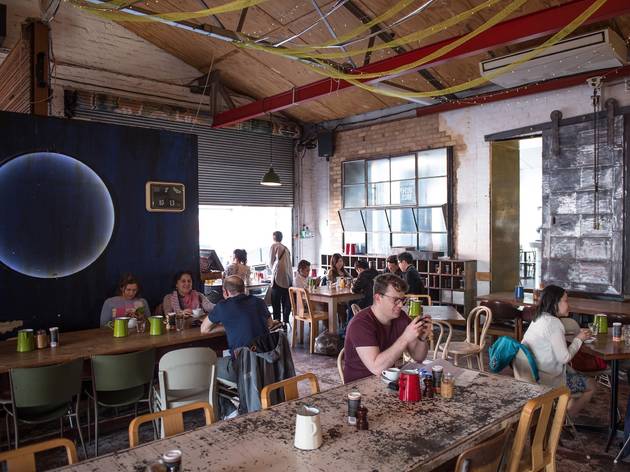 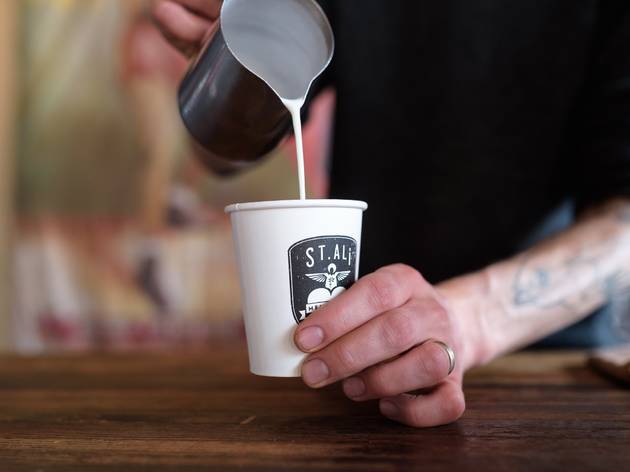 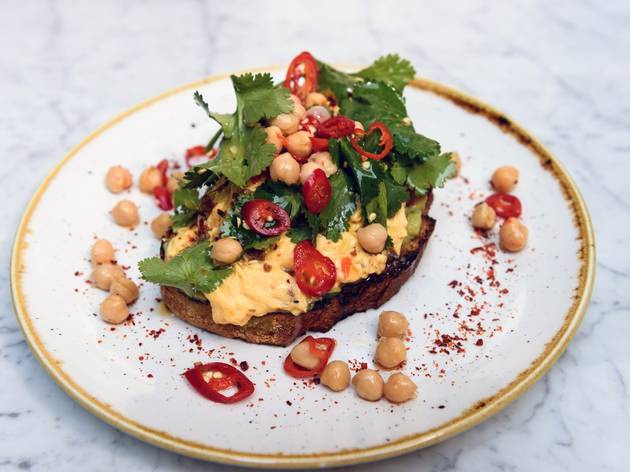 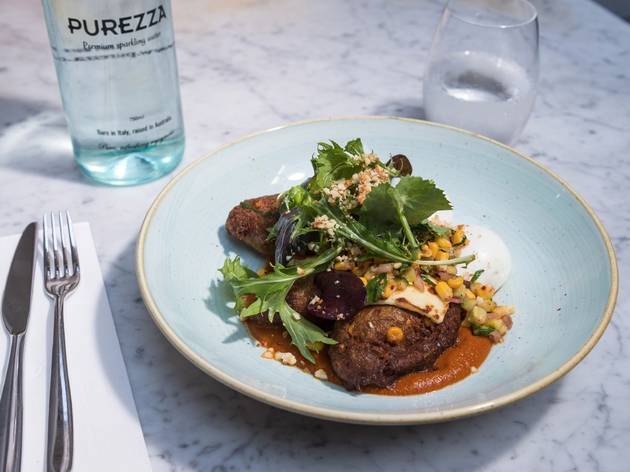 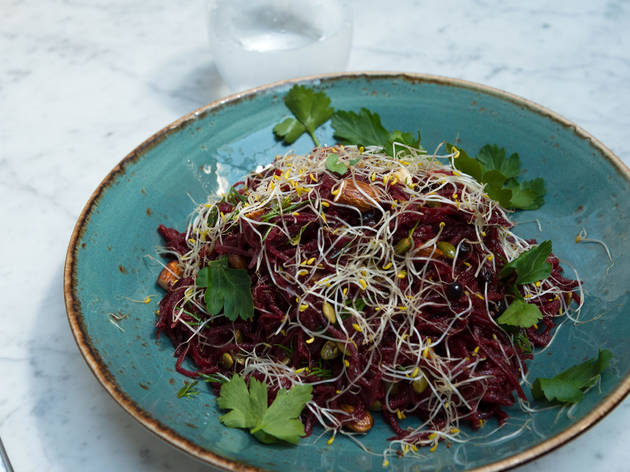 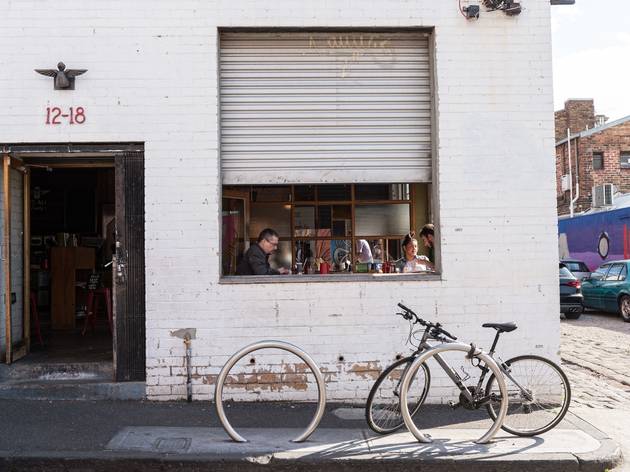 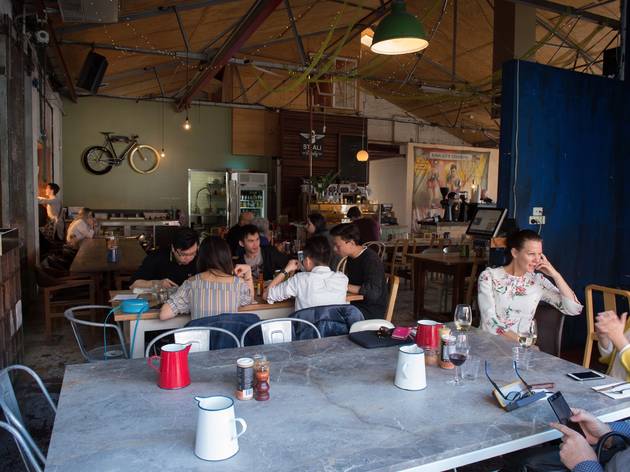 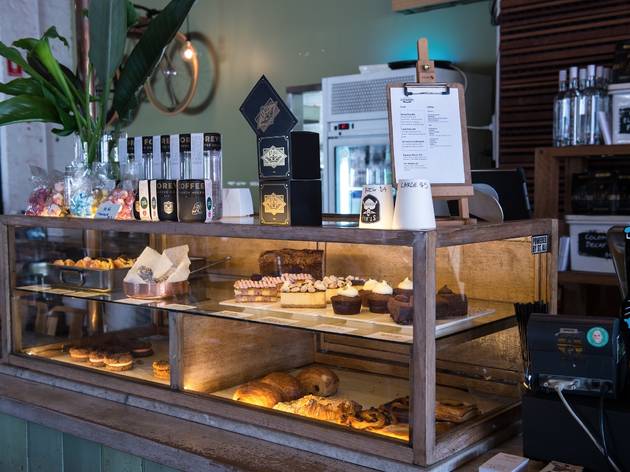 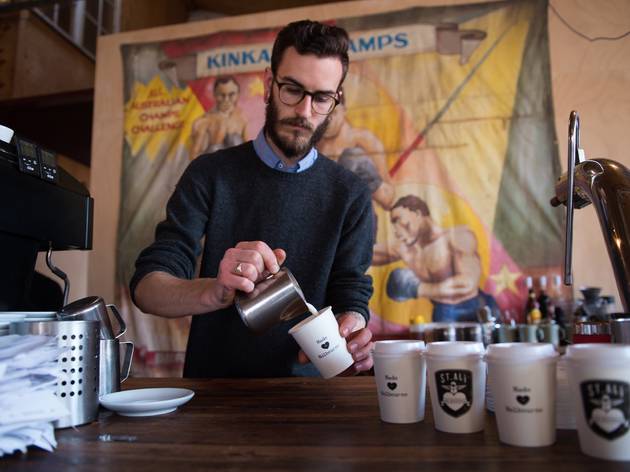 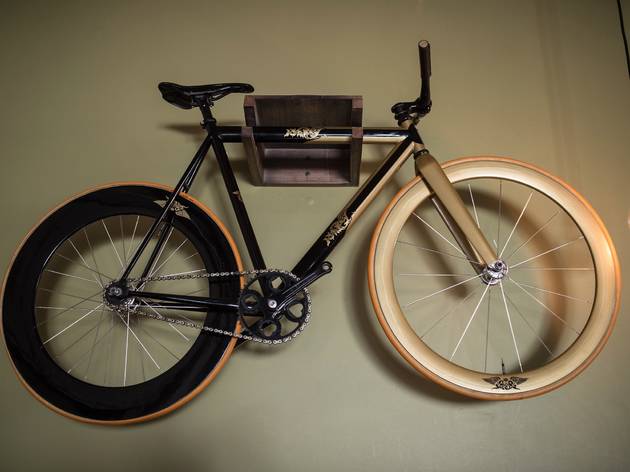 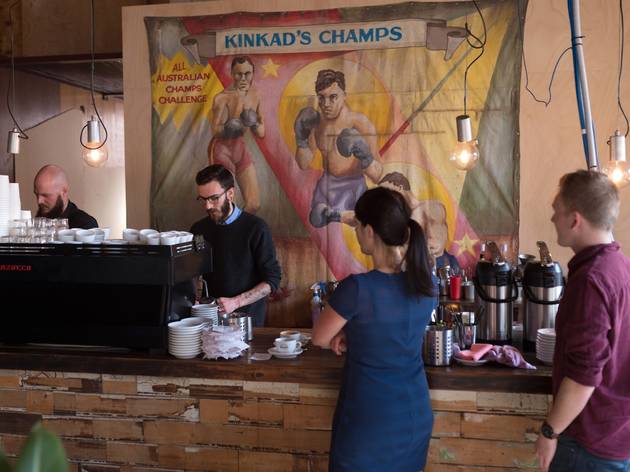 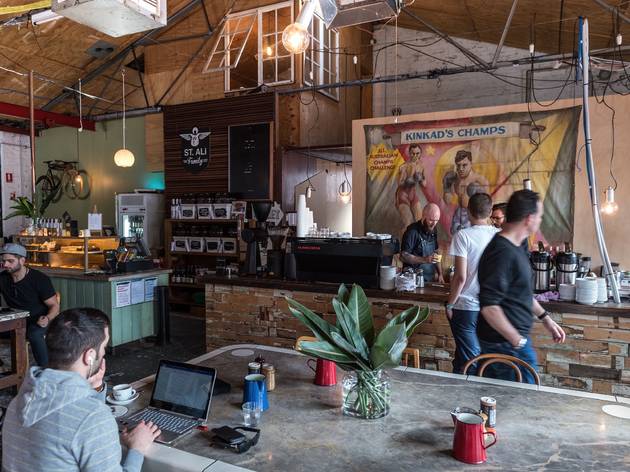 At 9am on a Tuesday morning St Ali South is pumping like it’s spring break. Between the business chatter and weekend debriefs, the espresso machine, roaster and kitchen cacophony meshes with Mark Morrison’s Return of the Mac, Angel by Massive Attack and some East Coast hip hop care of Mobb Deep. It’s a hell of a soundtrack to your morning.

St Ali on Yarra Place was one of the original café-roasteries back before everyone was taking the DIY approach to coffee beans. And the upmarket warehouse space looks much as it always has – big tables and industrial coffee paraphernalia everywhere – it’s in the kitchen that the big changes have happened.

Andrew Gale, owner and former head chef of Duchess of Spotswood has stepped behind the burners at St Ali and has brought a few of his favourite menu items with him. Don’t panic, St Ali’s corn fritters are still here. But now so is a fillet of seared, house-cured salmon with horseradish and dill yoghurt, fried potato gnocchi and a tangle of watercress – good news for fans of the Duchess version. Make sure you save some of the golden gnocchi nubs to soak in the rich yolky, yoghurty mix at the end.

Pancakes are usually the one breakfast dish that can sway us from the savoury camp. But now there’s a new contender: the coconut sundae. Here the creamy, pink-tinted coconut sago pudding comes with a dollop of mildly spiced quince and sweet and crunchy freeze-dried mandarin segments on top, ramping up the texture factor to eleven. The whole thing is then showered with mixed toasted sesame, buckwheat and sunflower seeds for a nutty, earthy finish.

Such is the popularity of this South Melbourne café that it’s difficult to gauge what effect the menu changes have wrought. Whether you’re wearing a tailored suit or a tattered beanie, good coffee is the great social moderator and this place is rammed with a full Melbourne cross-section, united by the love of fancy breakfast (and eagerly snapping up the St Ali merchandise – badges, playing cards and more). If you’re a regular, as you were. If it’s been a while since your last visit, we suggest you amend that sharpish.