In a Melbourne scene beset by street eats, it’s something of a nostalgia trip to visit Sun Kitchen, a glamorous newcomer hugging Albert Park Lake that’s like a purpose-built vision of how restaurants used to be. It’s the kind of place where you’re greeted at the door by an earpiece-wearing server who escorts you through to the inner sanctum. On the way, you’ll pass the scene-setting trope of the upmarket Chinese restaurant: tanks of live seafood, bubbling expensively away in all their market-priced glory. The main dining room – there are various private spaces spread over the two-level venue – is a Sino-luxe vision of plush carpet, expensive lighting and the occasional subtle outbreak of Chinoiserie to indicate its geographical point of reference.

Newly born at the spot previously home to Crystal Jade and the Point (but related to neither), Sun Kitchen asks the big questions. Is there life left in fine dining? Does double linen still have a role to play in civic life beyond hospitals and five-star hotels? And is it possible to escape the premises without having to resort to robbery to pay next month’s rent?

The answer to the above is yes, yes and – if you keep your wits about you – probably. Sun Kitchen certainly plays a high-falutin’ game. It has a cellar stacked with marquee names (if you fancy a Domaine de la Romandee-Conti 2008, it’s yours for $32,880) and a menu stuffed with eyebrow-lifting dishes such as the Imperial Treasure seafood claypot of abalone, sea cucumber, fish maw and more (it’s $398 – order ahead).

But even the hoi polloi can rootle around in a vast menu and unearth plenty of opportunities that don’t involve maxing out the credit card. Excellent xiao long bao ($18 for six) are perfectly-formed soupy explosion pockets, served as nature intended with slivers of ginger in a sluice of red vinegar.

If you’re going to hit the luxe button for one dish, it’s worth making it the sautéed milky egg whites with crab meat. It plays like a soft, deconstructed soufflé, thick with sweet blue swimmer meat. Dried scallop scattered over the top delivers deep umami funk and welcome texture.

On the other side of the aggression ledger, mapo tofu mined with small black beans bristles with the liberal crunch of Sichuan peppercorns. Any true mapo lover would surely approve. Want greens? A cylinder of braised choy sum with apple slices arranged fussily over the top seems a cruel thing to do to innocent veg. It tastes just fine, though.

Service is sweetly earnest and occasionally overly exacting, like when two waiters compete over where to put a small table for your bag. Kudos must go, however, to their precision silverwork that turns the share plates thing into a spectator sport rather than a fight to the death for the last sang choi bao.

The menu makes a fuss about chef Vince Lu, who’s apparently a Big Deal in China and Taiwan, but Chef Lu was a consultant who has now jetted home, leaving the grunt work to two head chefs: Dai Jin in charge of the Sichuanese part of the menu and Tony Ma ringing the bells for Cantonese. Does it matter who’s cooking? Probably not. Does it matter who’s paying? A lot more. But if you don’t have a sugardaddy or mamma to foot the bill, stick to the shallower reaches of the menu, order wine by the Aussie glass rather than the Burgundy magnum, and take a worthy trip back to classic Chinese dining - because some things should never go out of style. 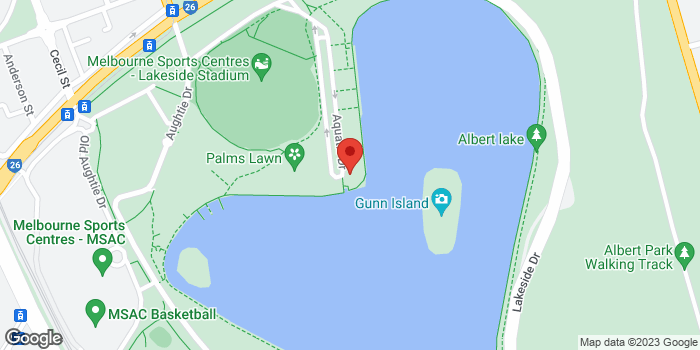