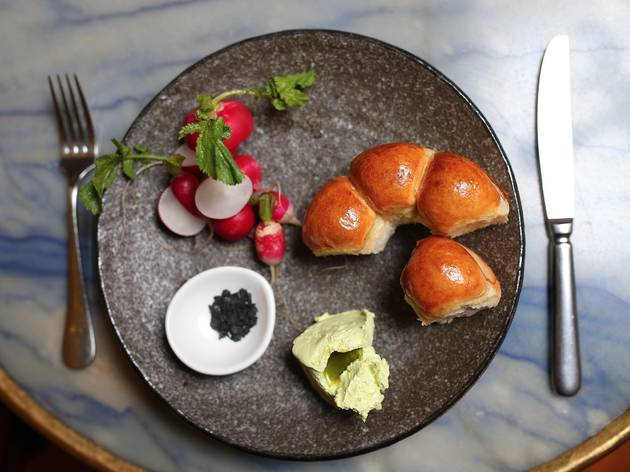 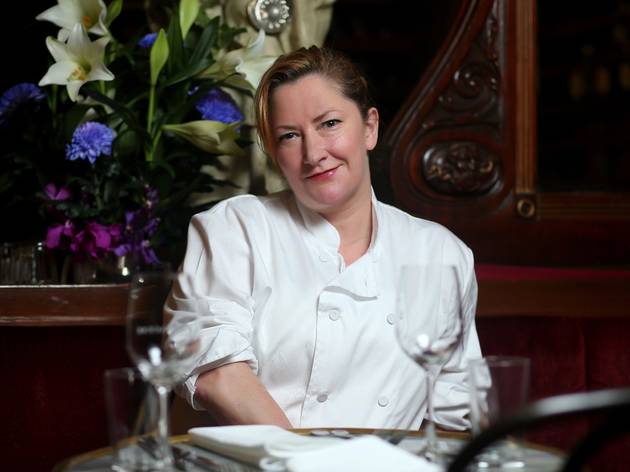 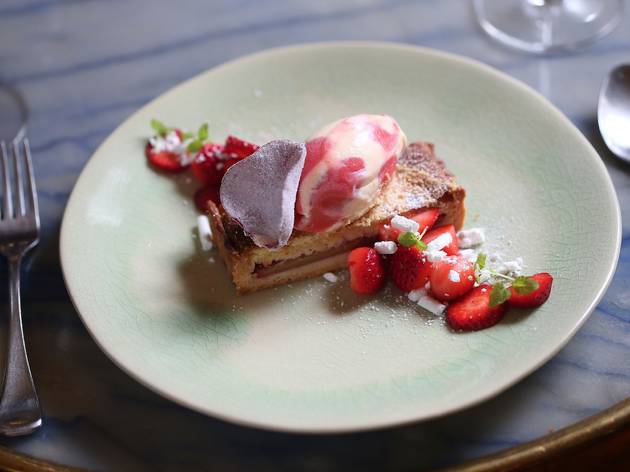 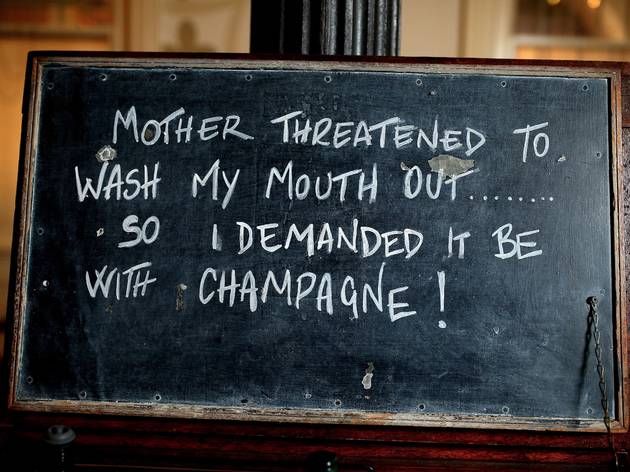 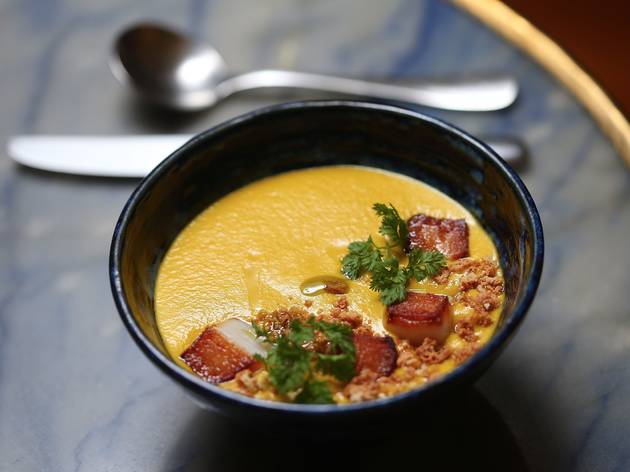 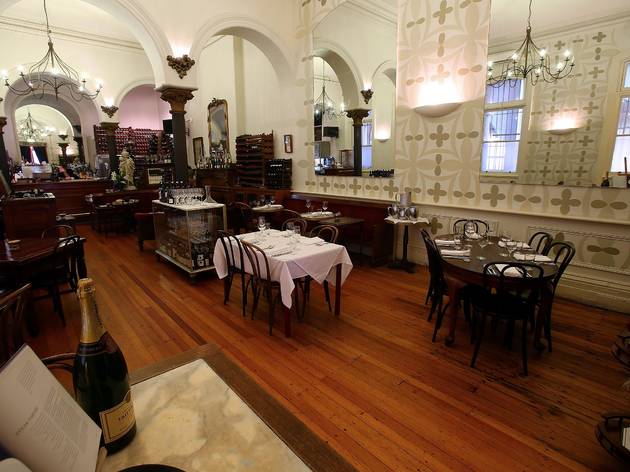 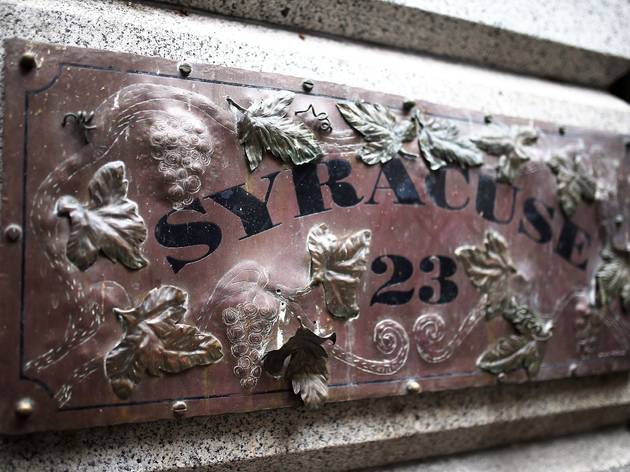 When Melbourne’s Queen of Desserts makes a comeback wielding her savoury bat, people ought to sit up and take notice

In any game of word association, the name Philippa Sibley ought to raise the following responses: incredible desserts, including the kind of velvety sorbets that could make you weep if they caught you in a vulnerable moment. Brilliant French cooking blessed with the kind of flair that’s born rather than learned. And nomadic. Boy, does the P-Sib move around a lot.

But here she is, apparently very happily ensconced at city old-timer Syracuse and, she avers, not going anywhere. Good news all round. Firstly because she broke out of the pastry chef ghetto two or three restaurants ago (was it Albert Street? Prix Fixe?) and here is doing brilliant stuff, including a soup that would win a soup Oscar, if such a thing existed: a sunshiny bowl that’s more like carrot and chervil balm with seared scallops bobbing around in the depths and a marzipan sprinkling of amaretti crumbs. In the freezing depths of a winter that seems to indicate Melbourne is edging ever closer to the Antarctic, it’s just perfect.

Con Christopoulos opened Syracuse in this Victorian former bank more than 20 years ago and it remains a bower of power, complete with daily Champagne special and businessmen resting their expensively suited bottoms on red velvet banquettes. Current owners Nancy and Richard Moussi might want to spruce the old girl up a bit: the bones are great but the patterned beige walls are not. Clearly their priorities are in order, however, because any right-thinking person would happily eat Sibley’s food in a shipping container.

Things like her mini, glossy-hatted milk buns with herby-sweet basil cream, a farmhouse tumble of radishes and black sea salt; or burrata, posing in a winning Mediterranean tableau with artichoke, green olive, parsley and lemon.

Her heart might be in France but she does a mean risotto: king brown and pine mushrooms and chestnut, goats’ cheese and tarragon, grounded in the earthy funk of truffle. If a pork cotoletta (a breaded cutlet) struggles to make a lasting impression, it’s testament more to the fabulousness of its bandmates than any fault of its own, although its red cabbage and apple slaw was a little tired at the tail end of the lunch rush.

Dessert? What in most circumstances is an optional extra becomes a necessity. There’s none of that crumbs/quenelle/dehydrated something formula here. Rhubarb and beurre noisette tart is an actual – gasp – tart, a gooey, buttery, rich burnt butter frangipane with rhubarb cooked into sweet submission and crowned by rose geranium ice-cream and strawberry sorbet in a loving embrace. Eagle-eyed Sibley fans might recognise it as her signature Snow White and Rose Red in witness protection. Happy homecoming.