Where house-made corn tortillas are the star of the show

Remember Markov Place, the casual bar and eatery in Carlton behind Nova?  It sadly fell victim to the fickleness of Melbourne diners, and replacing it is modern Mexican taqueria and bar Taquito. The building itself hasn’t changed, with the front room used as a standalone bar and the sunken backroom as a full-service restaurant separated by bathrooms, but there’s lively energy to the space that leaves us feeling optimistic. We all know that Mexican cuisine has never been given its due respect in Australia, but there is hope at Taquito, where the humble tortilla press is the hardest working piece of equipment in the kitchen.

It’s hard to talk about Mexican food without mentioning the libations. Naturally, the cocktails here are all agave-based, and beers flow as freely as water. Staff offer up cocktails that aren’t on the list as variations, they show up at the right time to offer assistance with a mostly straightforward menu (mulita is similar to a quesadilla, FYI), and they also cushion disappointment at the lack of any reposado tequila in the house. The service here is professional, chirpy even, and very eager to please. The crew here know how to get a party started – professionally, of course.

Taquito’s Tommy’s Margarita is made with mezcal rather than tequila blanco, which offers a  telltale smokiness, adding a certain level of maturity to this party quaffer, especially when paired with stone fruit puree and rich, dark agave syrup. The Paloma Morita receives an injection of heat from chilli, and both drinks are designed to stand up against food and come with a half salt rim because people like to have options. Beers can be made into micheladas for $2, and all shots come with sangrita (tomato-based chaser) or verdita (lime-based chaser). A short but tight wine list features drops from places conquered by Spain (much like Mexico itself) alongside more crowd-pleasing French and German varietals made in Australia for those who prefer grape-based over cactus-based booze. See? Eager to please.

As mentioned previously, corn tortillas are all made in house, so do yourself a favour and order some tacos. What is produced are the thinnest corn tortillas you’ll come across: pliable, perfectly non-uniform and brown in all the right places, which act as appropriate foils for ox tongue, eggplant, beef cheek and massive hunks of crispy-fried barramundi. Due to the punchiness and generosity of the fillings, there are times where you do wish your tacos were double-wrapped like on the streets of Mexico City, but these are minor gripes – and these are also not street tacos. Fillings at Taquito been dealt with a deft hand and come from a kitchen producing restaurant-quality fillings; they’re not sending you off with suspect street meats. Some fillings like the beef cheek and barramundi are trying too hard to appeal to Australian tastes by hero-ing the proteins as stand-alone elements or over-complicating them with tartare sauce, crema and pepitas. But we also wished for a selection of vibrant salsas on the table to provide the acid these tacos desperately lacked.

Tostadas of cured salmon, horseradish cream and thyme is a very grown-up and evolved starter when compared to the classic dish. The barbecued octopus was done a disservice by the whipped black bean as it muted the depth of flavour, smoke and char on the octopus, and also added a pastiness to an otherwise perfectly cooked cephalopod. More successful was the meltingly tender and grill-kissed lamb ribs painted in a sweet guajillo salsa. Sadly, this is where things started to unravel.

The 72-hour Gooralie free-range pork shoulder carnitas could have been tender, fatty and smoked, but the final flourish of wrapping the shredded meat in baking paper and firing it in the oven leeched it of any discernible and necessary fat to carry the tortillas or rice accompanying it. It was also unfortunately bland, and the side of salsa roja and pickles did very little to bring it all together. This dish was made with all the best intentions but was undone by the urge for clever presentation.

There’s a lot of promise at Taquito, the foundations are there, the team is strong, and you can see that the kitchen actually know what Mexican food is supposed to taste like. We just hope that with some time, the chefs will settle into their digs and feel comfortable making food that comes from closer to their hearts rather than trying too hard to win ours. 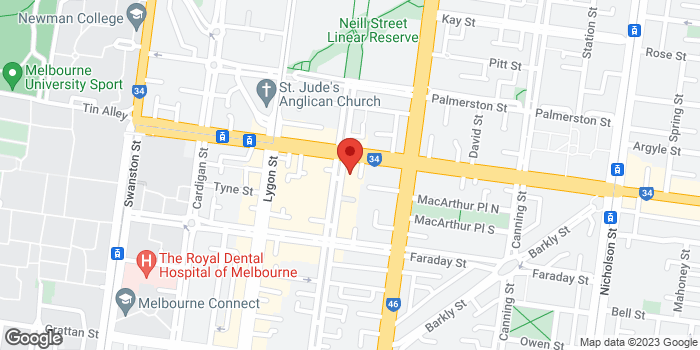