Restaurants Gembrook
Recommended
4 out of 5 stars 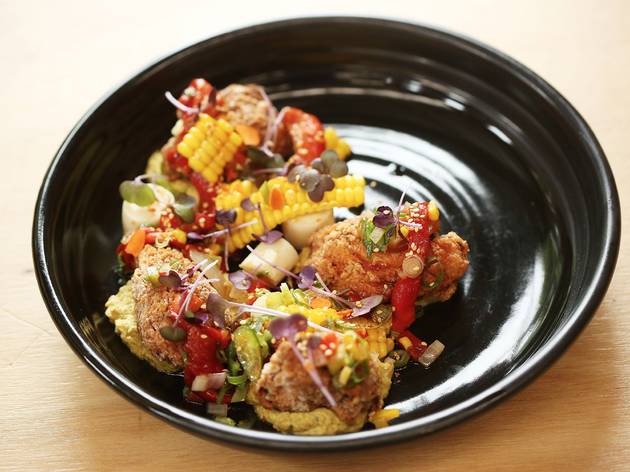 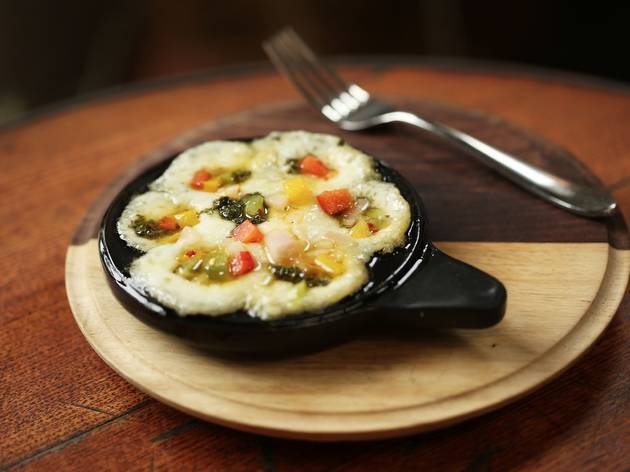 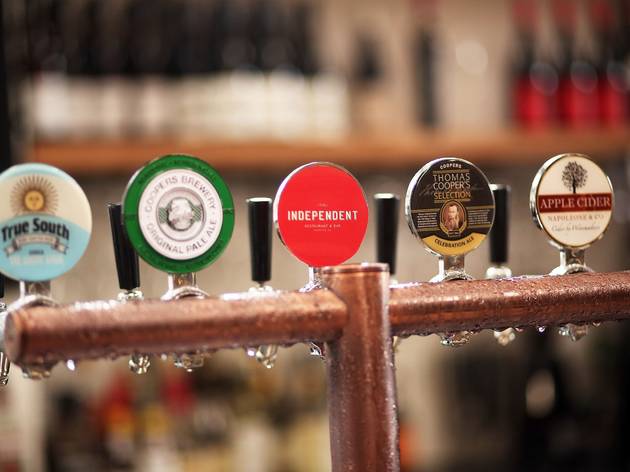 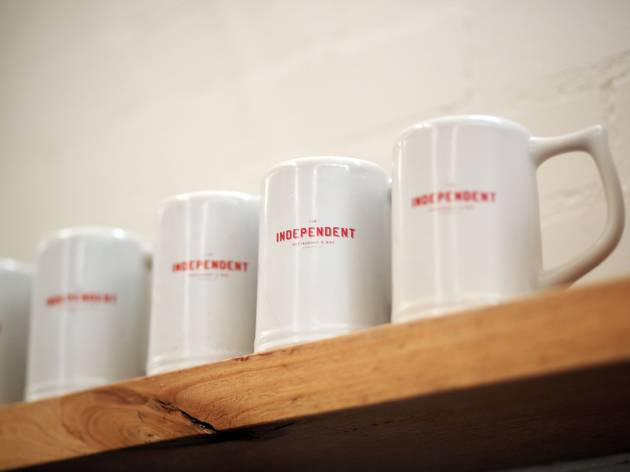 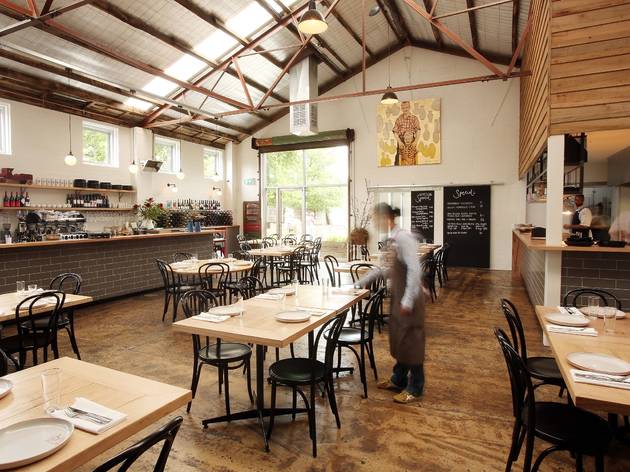 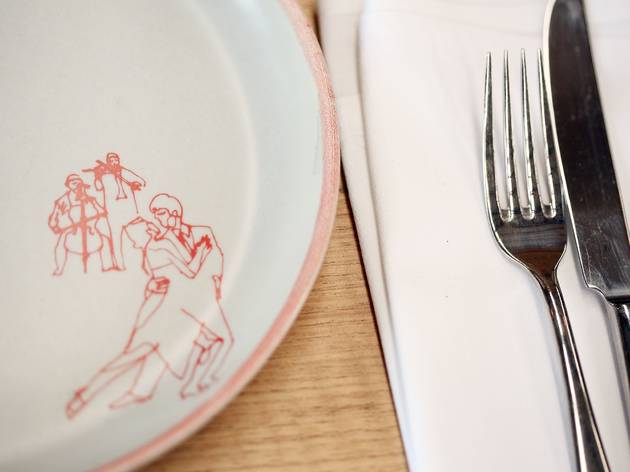 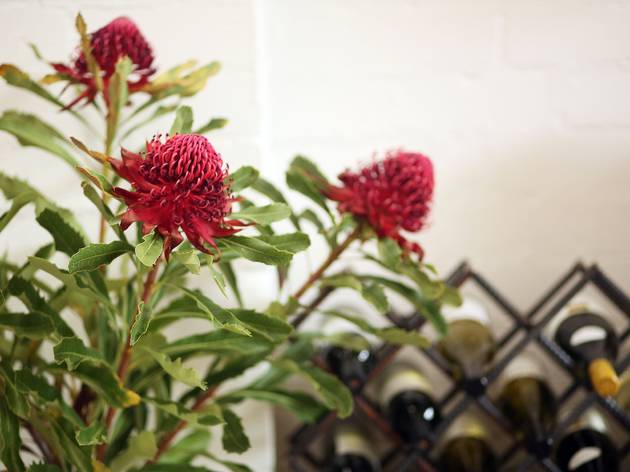 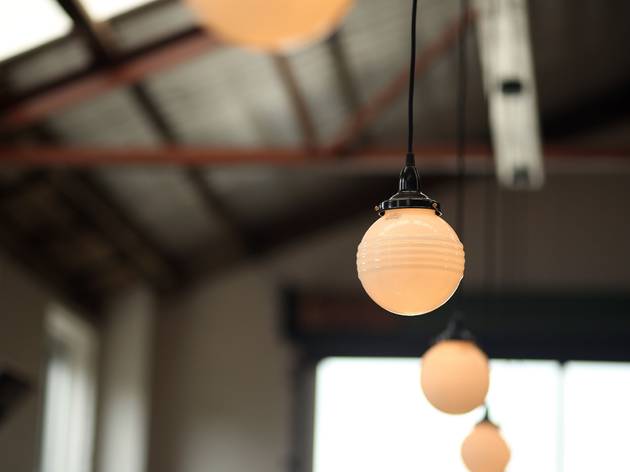 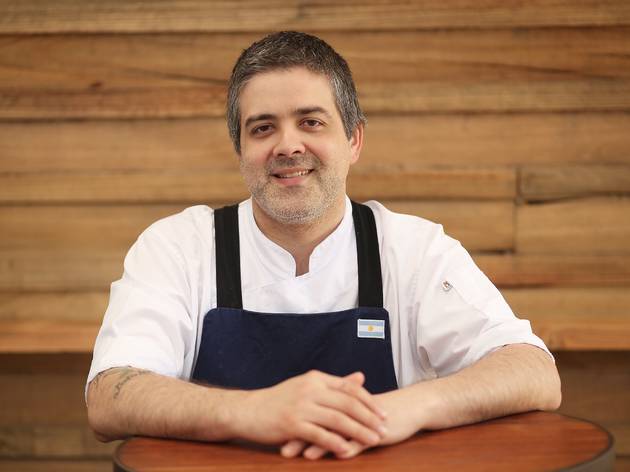 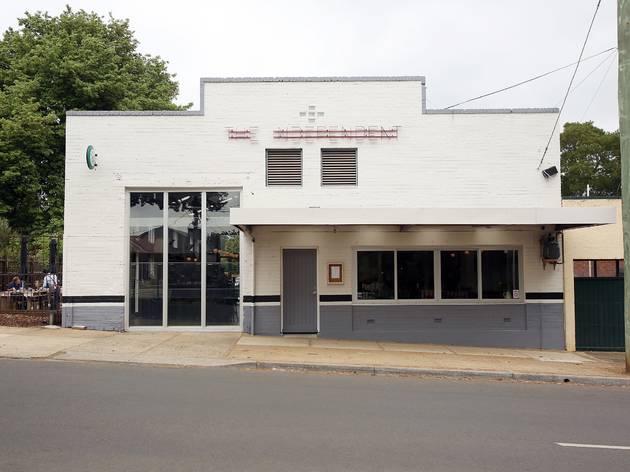 You could forgive Puffing Billy for getting his pistons out of joint with the arrival of the Independent. The schmick diner – like an inner-city beer hall on holiday - has relegated the little steam engine to the second-best thing in Gembrook

Remember the guy who liked the shaver so much he bought the company? The Independent is a bit like that. The family behind the local Robert Gordon pottery, which makes bespoke crockery for Vue de Monde, Press Club and a bunch of other ‘names’ decided to see what this restaurant caper is all about.

It sounds like a recipe for disaster but a few things have pulled heavily in their favour – the fabulous bone structure of the former hardware store, for one. The refit left the character, and the timber support beams, well alone and calmly splurged on all the things diners seem to expect these days, including (of course) their own line of bespoke crockery. The textures – a character-filled mix of white tiles, white-painted exposed brick, a motley polished concrete floor and a masculine expanse of bar – is softened with a herb-filled beer garden complete with kids’ play area out back. Bring on summer.

And top points for bringing in chef Mauro Callegari (he’s a co-owner, too, which means he won’t be running away anywhere soon). Callegari’s South American-inspired, booze-friendly food has enjoyed the past few years at Black Rock’s True South brewery, and it seems to be enjoying the tree change to the Dandenongs. If anything it’s opened up a little – you can count Northern African and Creole among the more traditional Argentinian influences of Spanish and Italian. Authenticity? Begone, trainspotters. It works just fine.

Callegari’s menu finds its mojo in a smart modern middle ground: neither too fancy and overworked, nor deserving to be thrown under the abject banner of drinking food. His chicken is the Captain Crunch of fried bird, dressed up with a spicy-smoky eggplant puree, corn kernels, palm heart and wicked hits of green chilli. It’s so beautiful you don’t hate yourself when you reach for another piece. Fried calamari has a similar vibe, bedded in a chickpea puree with cucumber, chilli and Callegari’s trademark spicy salt that looks like carrot flecks but is a dehydrated mix of salt, sesame flakes and paprika. It’s a great mix of textures and salty oomph.

Head for the morcilla, too – more frying, but the fat cigars of black pudding have a beguiling dark, humid fug – and the provoleta, as traditional as the tango, that arrives sizzling with a lash of chimichurri. And don’t forget vegetable dishes that take a walk on the wild side: cos lettuce buried under a finger-licking blizzard of sharp cheddar with a bitey mustard dressing, or smoked carrots with chilli and peanuts in a maple syrup slick.

The compact wine list isn’t about to win any awards, but it’s got the local and Argentinian bases covered, plus a keen price point. Oh, and they’ve got their own Independent lager on tap, brewed by Coopers.

The Independent is the kind of place that just opens and rolls through non-stop until close, ignoring the usual signposts marked ‘lunch’ and ‘dinner’. Which (arguably) makes it the hardest-working thing in town. One P Billy might be consulting his lawyers, but we reckon Gembrook ought to be big enough for the both of them.