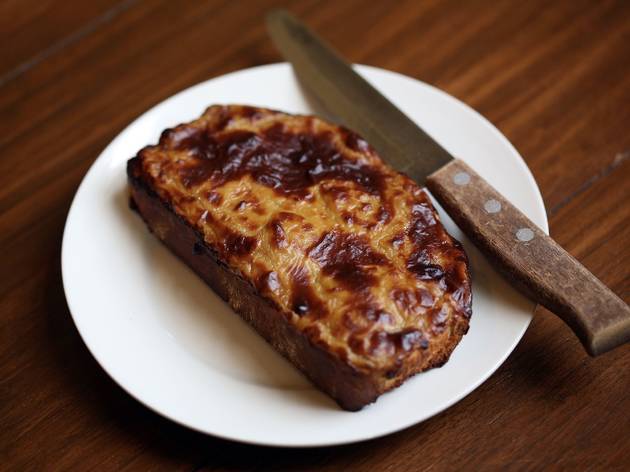 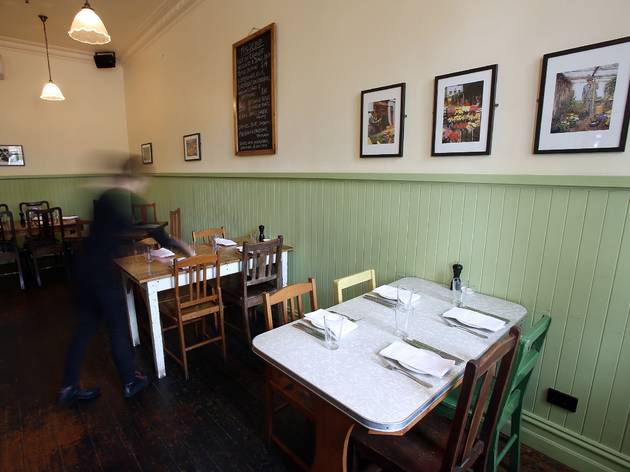 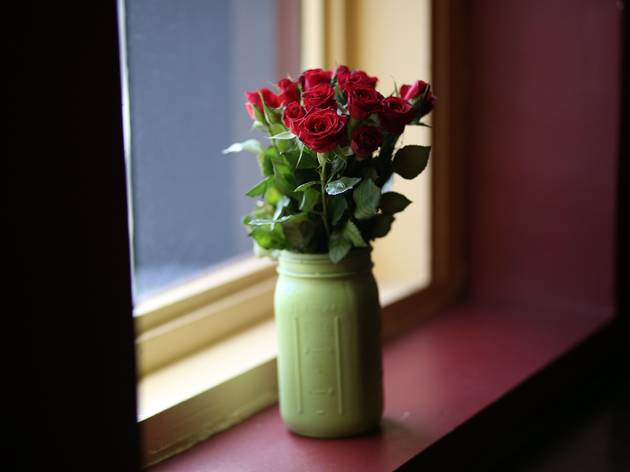 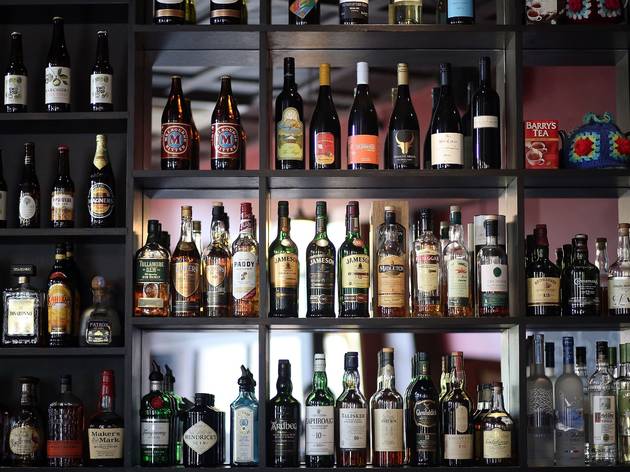 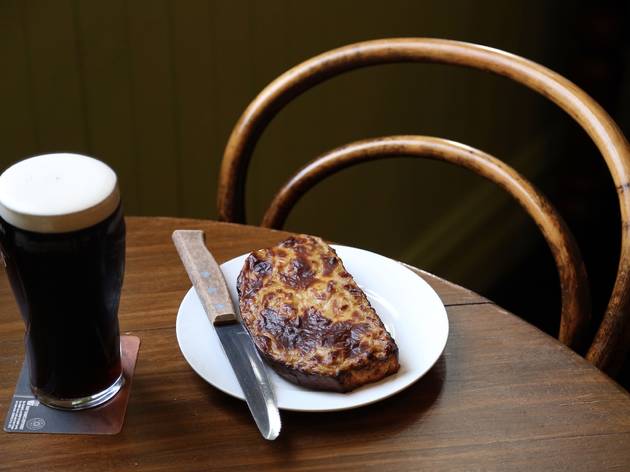 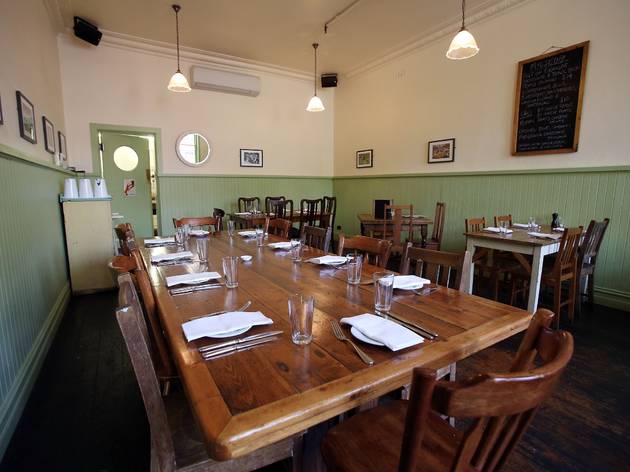 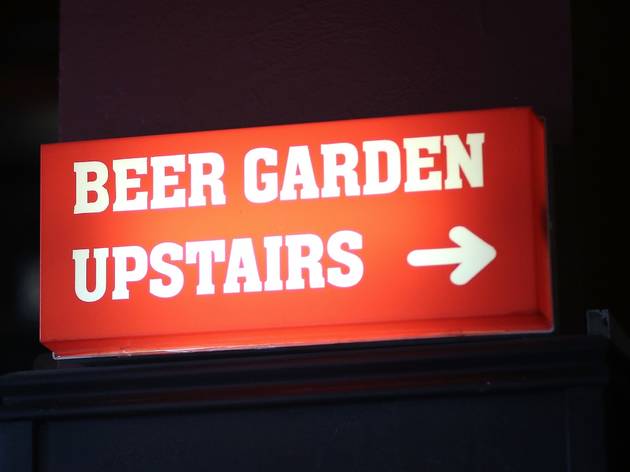 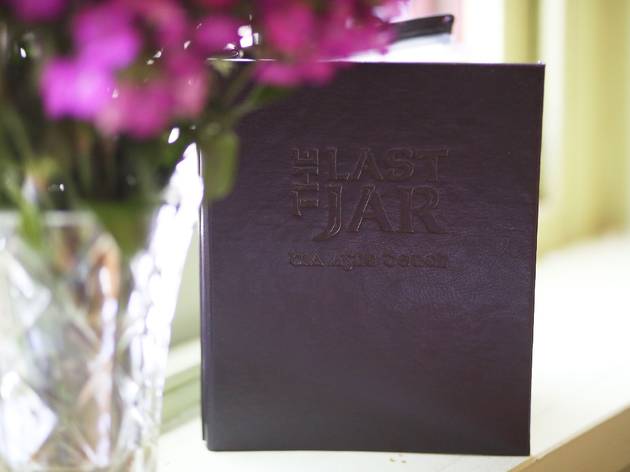 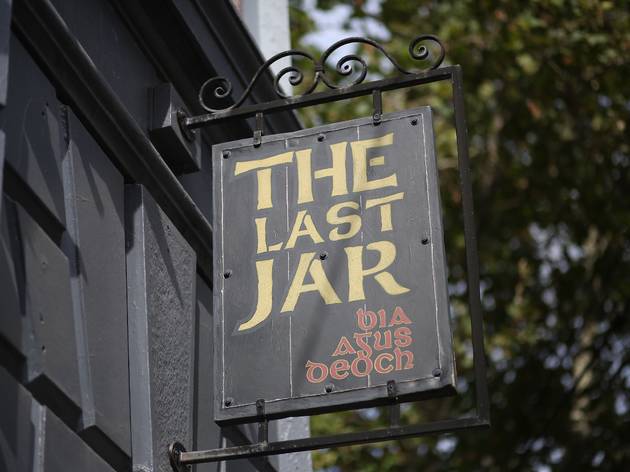 Since 2011, the Last Jar has been flying under the radar as one of the best pubs in Melbourne. Sitting on an unassuming corner of North Melbourne, surrounded by nondescript commercial buildings, this could be mistaken for just another run-of-the-mill local. But the striking black-and-red exterior, reminiscent of a small-town European pub, gives a clue to the Irish heart that beats within.

The pints you get here of Guinness or Kilkenny are among the very best in town: yeasty and sour-sweet rather than bitter and metallic. There’s also a good selection of imported and local craft suds by the bottle, and Cooper’s Pale on tap, so you don’t have to think too hard on a hot day. The warm interior is clean and simple, clad in dark wood and frosted glass, small framed photos the only adornment on the deep red walls. There’s also Irish traditional music on Sundays and their movie club showcases the likes of Veronica Guerin and The Crying Game on the last Thursday on the month.

But the real draw here is the food. The menu is based on house-made seasonal ingredients and five-star creativity, while firmly rooted in Irish cooking traditions. With a pedigree that includes Michelin-starred restaurant the Commons in Dublin and Gordon Ramsay’s Petrus, head chef and co-owner Tim Sweeney is not here to mess around.

Guinness Welsh Rabbit (rarebit) sees big slabs of dense and hearty house-baked dark bread smothered in Guinness, mustard and cheese sauce and toasted until bubbly and golden (there’s no rabbit in the dish – the name is based on the British using the word “Welsh” to mean “inferior”). The mustard has just enough sinus-clearing kick to cut through the dense bread and cheese, and for $6 it’ll take the edge right off that first pint.

Roasted snapper in broth would be at home in the city’s best restaurants. The crisp skin gives way under fork pressure into quivering flakes of white flesh, while the beautifully balanced broth underneath includes seaweed, kale, cuttlefish and fresh oysters you’d be happy to eat raw. It’s like sticking your face in a fresh, shaded rock pool.

But don’t be alarmed by the lofty heights of Sweeney’s cooking: this is still pub food. You can get fish and chips, and there’s a whole list of carefully sourced steaks, plus cheap and interesting sandwiches for lunch and full Irish breakfast on weekends. All of this is backed up by a solid wine list and the sort of casual and friendly service that defines good pubs. There’s even a cosy outdoor terrace, enclosed by the antiquarian brick walls of the surrounding buildings. It’s enough to take you right back to Dublin.

Irish food can be far more than soda bread and potato stew, and it’s nice to see that the culinary renaissance of the Emerald Isle has found its way to Melbourne. So we’re raising a pint (and a fork) to the Last Jar.