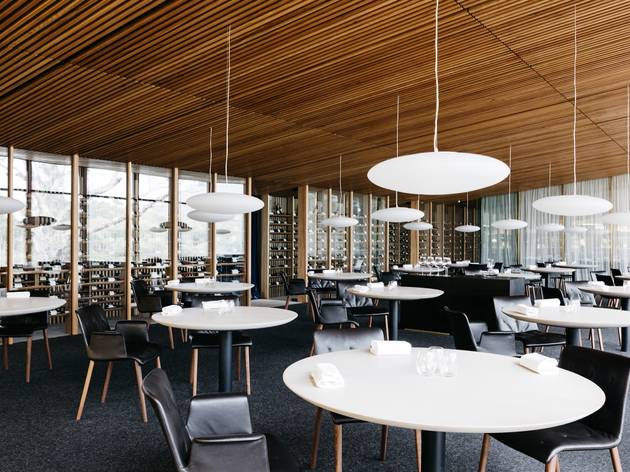 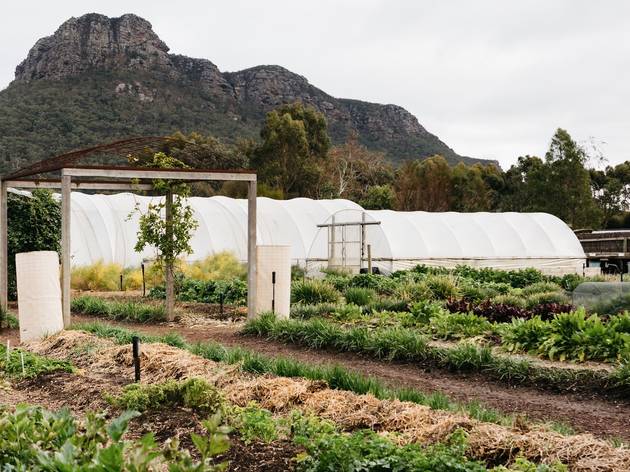 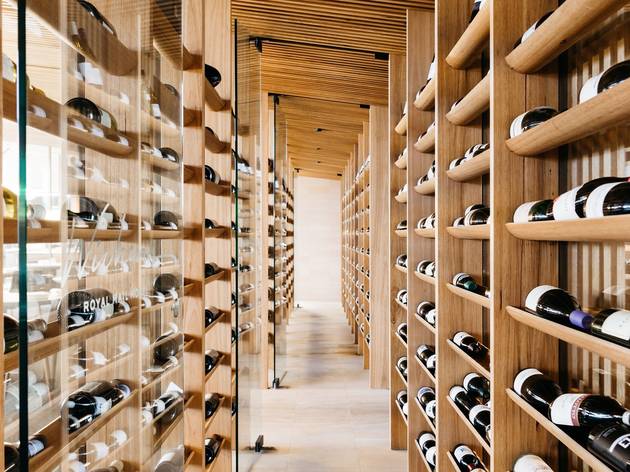 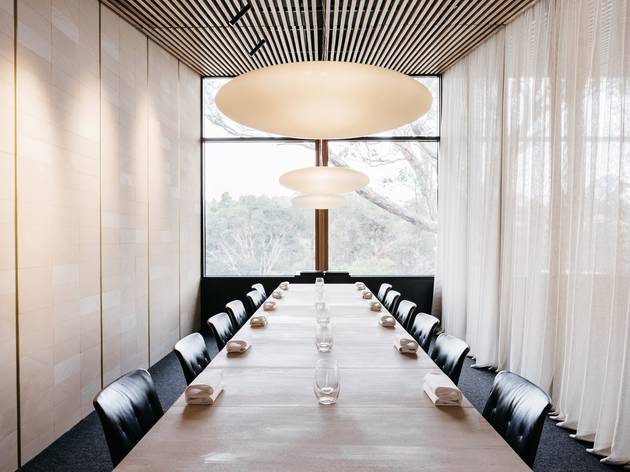 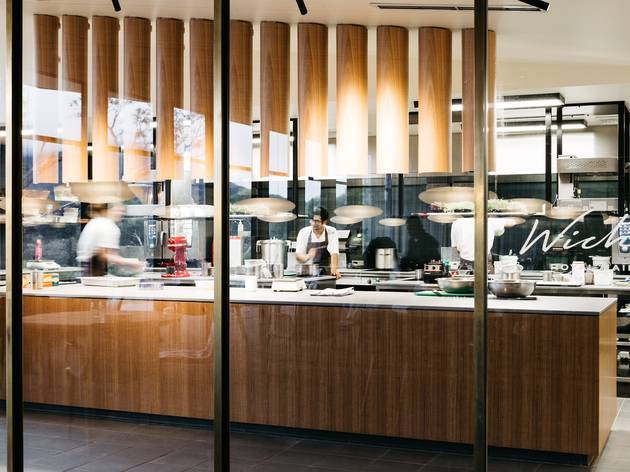 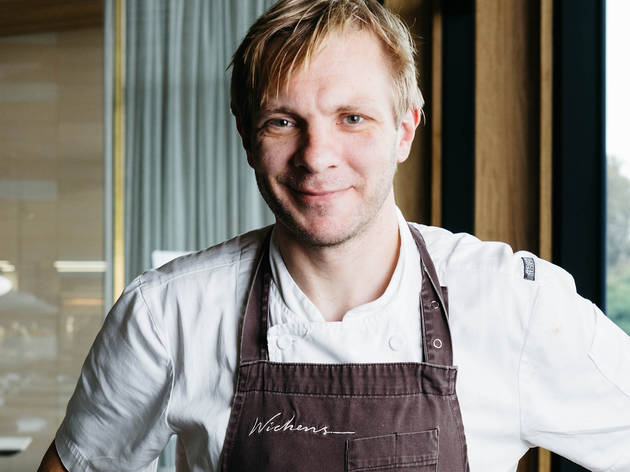 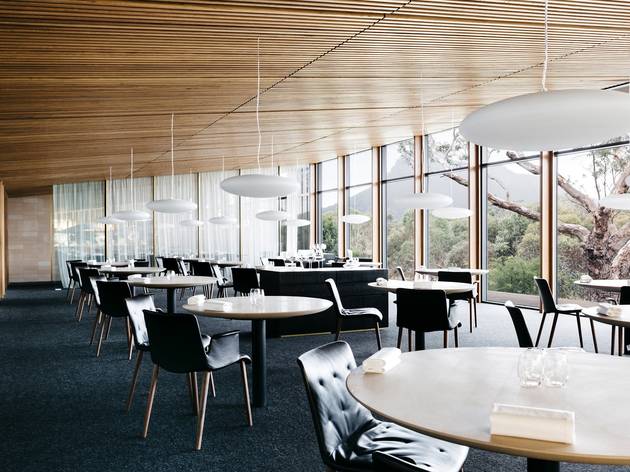 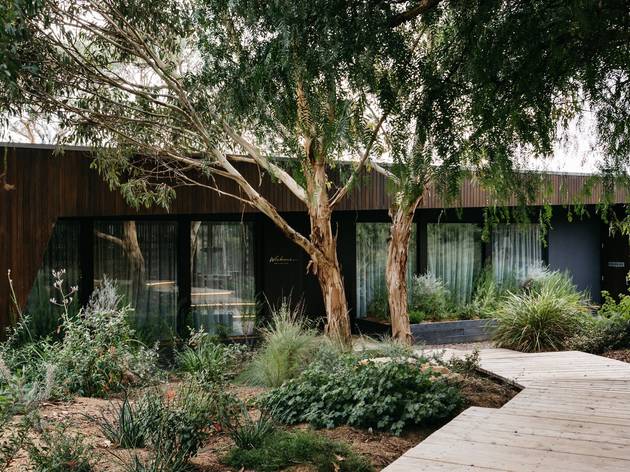 The famous country pub is evolving, with a new restaurant and fancy accommodation offering coming soon to augment that famous kitchen garden and wine cellar

Yes, it’s a trek. A visit to Dunkeld, the tiny town (population 460-ish) at the foot of the Grampians in western Victoria, is not the kind of thing that generally happens on a whim. It’s also fair to say that for the past decade, Dunkeld’s Royal Mail Hotel has made the three-hour drive from Melbourne well worth the petrol. This is one country pub with a mighty reputation in the food and wine department – which makes it big news indeed that it’s currently embarking on a new evolutionary stage designed to take it into the next decade.

The headline act is the new restaurant. To be called Wickens at the Royal Mail Hotel, it officially brings the executive chef of the past four years, Robin Wickens, into the fold. When it opens, hopefully at the end of October, the hotel will finally have the restaurant dining room it deserves, entirely separate to the bistro and hotel reception area (the current arrangement that can only be described as “clunky”). Now it’s a 45-seat space designed by Melbourne-based, Dunkeld-raised architect Nick Byrne using local timbers, sandstone and wool (used to line the cellar shelves, making for some very cosy bottles). It will have, in Wickens’ words, an “amazing, huge” open kitchen and a separate bar and lounge area. It’s something Wickens, who first hit the public consciousness as a kind of mad-scientist chef at his avant-garde Fitzroy restaurant Interlude, has been plotting for some time.

“It will be a much better dining experience,” he says. “Guests will approach it down a path through the brush and native plants so there’ll be a real sense of occasion. The bistro will move into the space vacated by the restaurant – we want to put in a wood fire there – and the pub front bar will go back to just being a pub front bar, which is nice.”

Stage two, says RMH general manager Mark Whitnell, will involve jazzing up the accommodation to tap into the luxury market. Current visitors might wonder why – the slick “motel-style” accommodation certainly makes it the poshest motel this side of Adelaide – but the focus will be on the eight bluestone cottages in the shadow of Mount Sturgeon, along with the larger homestead.

But, really, why wait? The RMH of right now isn’t the RMH of two years ago. The wine collection – 26,000 bottles including Australia’s leading collection of Bordeaux and Burgundy – can be visited in its designated home across Parker Street from the hotel (and the even better news is that a Coravin system means tasting iconic labels is no longer the exclusive purview of the one per cent).

The kitchen garden has also been co-opted into the RMH experience. Hotel guests can take a free guided tour of the huge organic allotment, one of Australia’s biggest restaurant gardens (try 18 types of tomatoes; three types of beetroot; three full-time gardeners). It’s worth it just to see the pest-gobbling family of ducks, and the experience filters back to the degustation menu (five or eight courses), all stubbornly seasonal fare including the cleanest, greenest watercress soup with puffed rice and yuzu jelly, a vegetable course using corn every which way, and the fresh minty herbaceousness of basil puree, or a beef tartare with green tomato and coal oil. And if you’ve never eaten periwinkles (they’re pickled, with white gazpacho and ice plant) – well, here’s your chance.

“I think you can assume everyone visiting the hotel is here for a bit of an experience,” says Wickens. “We’re just trying to make it even more special.”