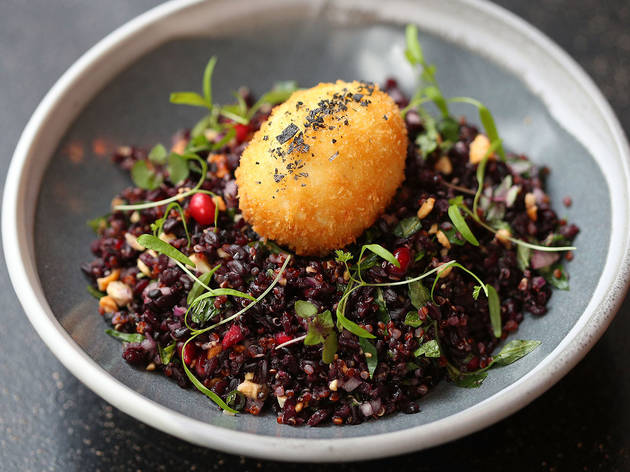 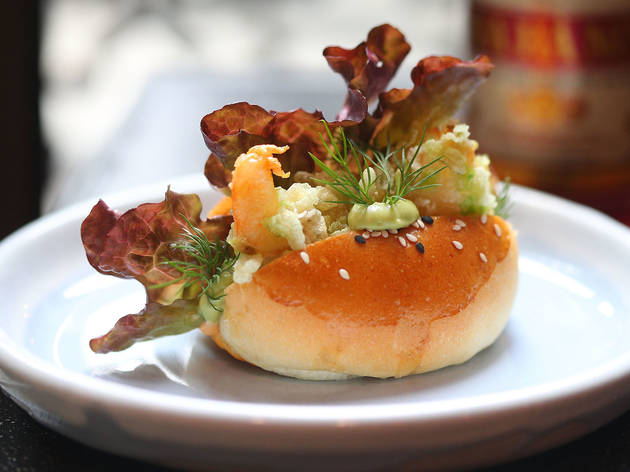 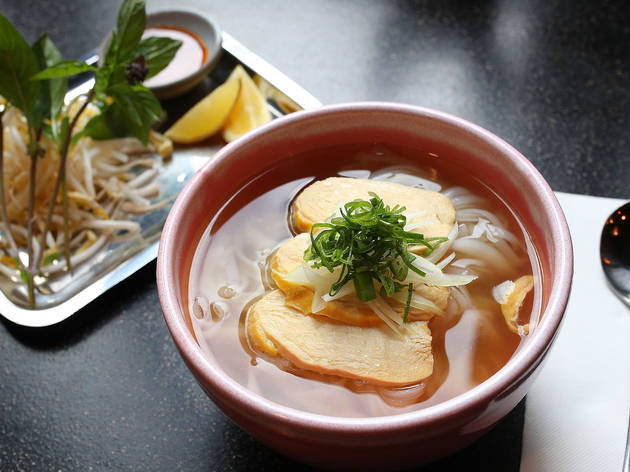 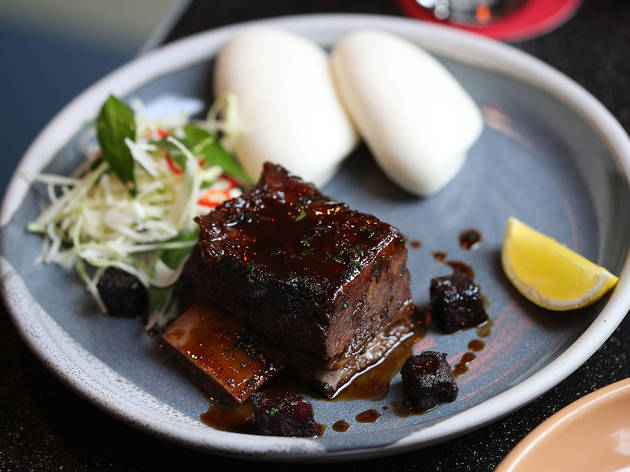 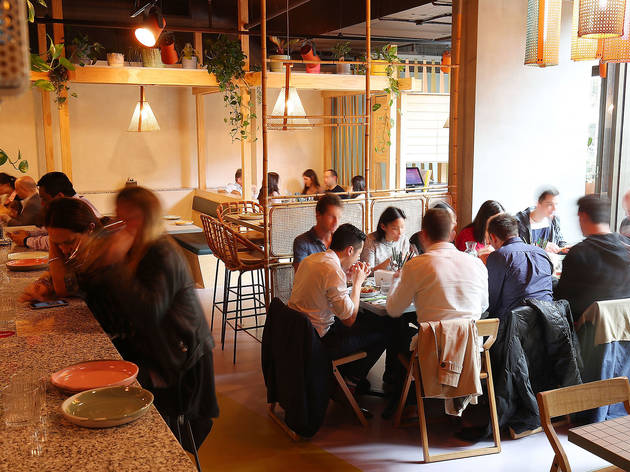 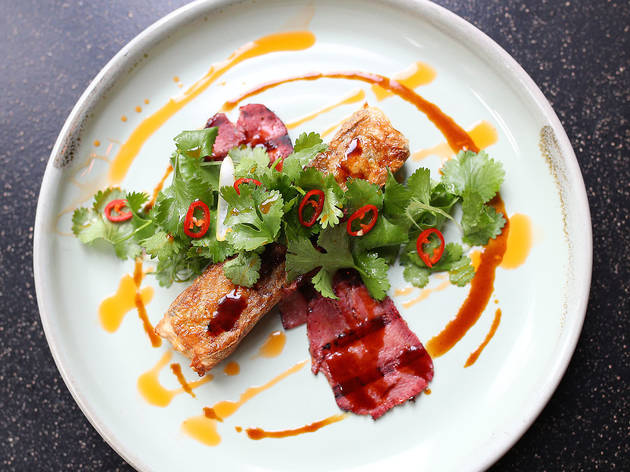 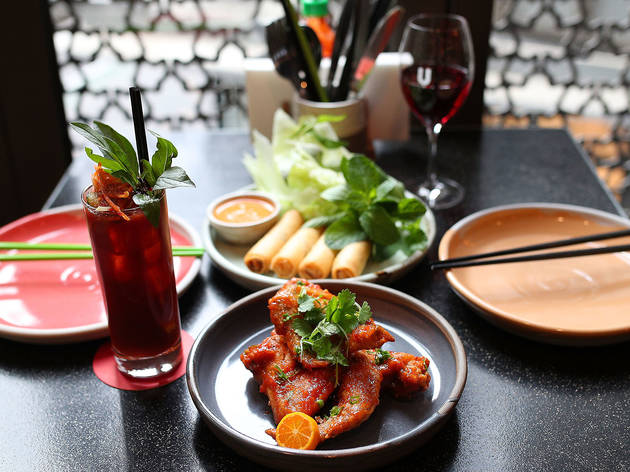 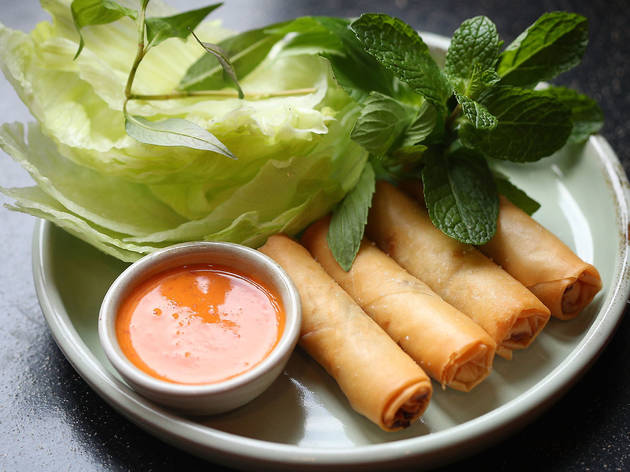 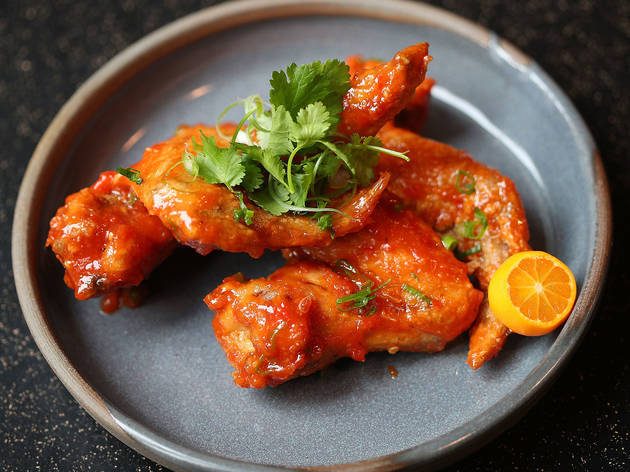 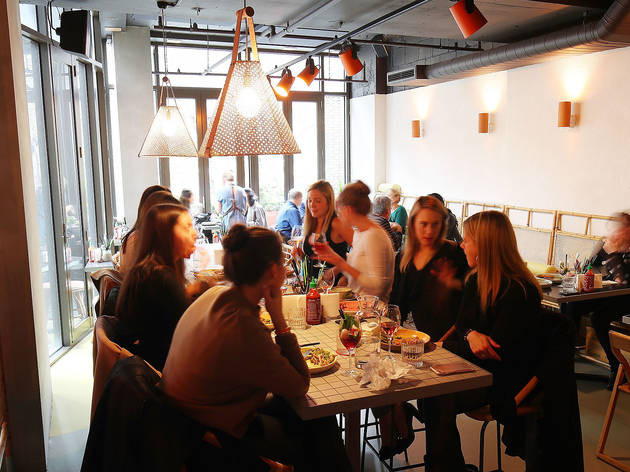 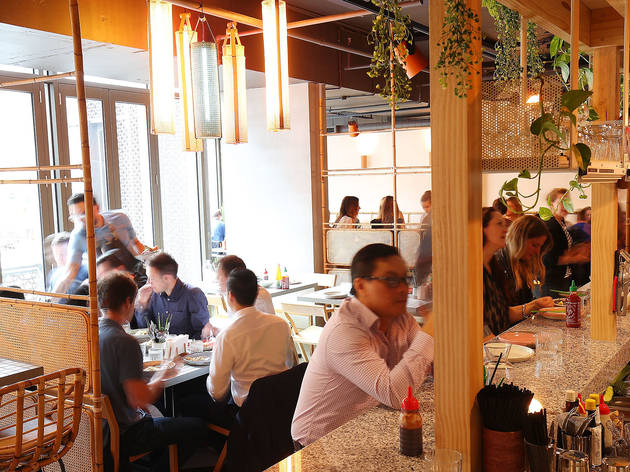 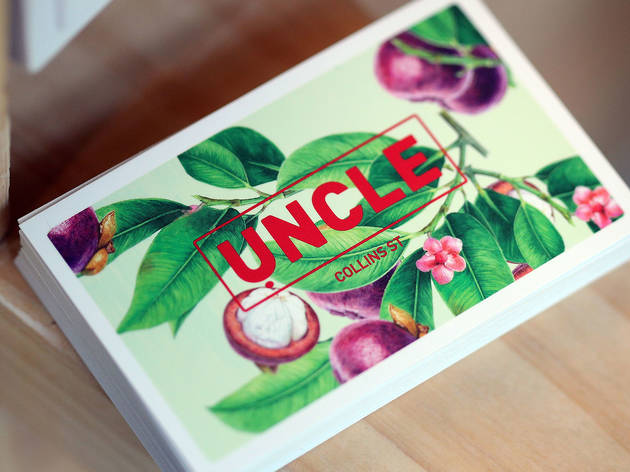 It sure is getting hot at the top end of Collins Street. With a new Uncle now arriving to keep Mexican scorcher Mamasita company in their neighbouring first-floor eyries, it’s all about the chilli heat and disco beats. The original Uncle, which opened in St Kilda in 2013, has had its DNA sequenced for a CBD clone, meaning great cocktails that cleave to the good-times Vietnamese theme (witness the Uncle Mary, the tomato bloodiness ripe with fish sauce and the throat-catching heat of Szechuan pepper) and a tropical canteen mise-en-scène, aided and abetted by touches of cane, a colourfully painted concrete floor, and lights that cast a sticky pink glow.

So yes, Instagram to your heart’s content – everyone else is doing it – but then get down with the semi-serious business of eating. Chef and co-owner Dai Duong has good instincts in that department. The former head chef at Geoff Lindsay’s Dandelion knows how to construct a menu right at home with crowd-pleasing tourist favourites: spicy, gingery chicken wings that wouldn’t be out of place on Saigon’s Van Kiep street; a deliciously bastardised east/west prawn banh mi with avocado, Sriracha mayo and dill. Duong’s also offering a more sober approach when it comes to the edict to “make it modern”. Hence the punny Tongue and Cheek: master stock-redolent pulled pork cheek wrapped in fried tofu skin dukes it out in the richness stakes with smoky swatches of chargrilled tongue, the overall effect leavened by a fresh-giving herb-driven salad. The Mum’s Chay Spring Rolls (yes, Duong’s mother is solely responsible for making both restaurants’ supply of rice paper rolls) also take a turn for the grown-up playbook, with the funky fermented edge of the bean curd dipping sauce making a bigger statement than the usual sweetened nuoc cham.

As well as offering mini-bowls of excellent pho like its St Kilda sibling, Uncle Collins Street has brought over the black rice, a fragrant squish of a dish with the nutty rice and a whole bunch of guilt-alleviating grains and nuts, crowned with the oozy glory of a fried, slow-cooked egg. It’s not so obvious as the butter-rich beef rib on the bone colluding with a Viet take on morcilla (blood sausage), with added DIY bao action, but a surprise hit nonetheless.

So where to next for Duong and co-owner, maitre d’ extraordinaire Rene Spence? It’s not hard to get the feeling this won’t be the last spin of the wheel for the pair. Perhaps it’s time they cast their net northside. After all, you can never have too many Uncles.