For anyone suffering mild agoraphobia after the non-events of the past two years, the jolt of first encountering Yakimono is like electric shock therapy.

Tucked inside the swank-fest of the 80 Collins development, it’s a love letter to the futuristic excess of Tokyo: dimly lit, suffused with the exotic glow of pink and purple neon and thrumming to a soundtrack that has every second person activating their Shazam app.

It’s a bit Blade Runner 2049, a bit izakaya-in-outer-space and final proof that owner Chris Lucas is equal parts showman and restauranteur. There’s no escaping the pulse of energy humming through the joint, but the ringside seats around the enormous horseshoe-shaped bar on level one are where you want to be. The open kitchen’s kinetic energy and charcoal sizzle turn it into dinner and a show, leaving the more sedate level two suffering the FOMO factor, unless (a) you’re after the alfresco option on the broad balcony; or (b) your larger group is looking for some serious booth action.

Another Lucas super-strength? He excels at finding the right chef for the right job (let’s agree to ignore the Martin Benn fiasco at Society for the moment). Here, at the Japanese version of Chin Chin, his trump card is Daniel Wilson, who showed some seriously suave food moves at Smith Street’s Huxtable before going off to lead the city’s burger cult at Huxtaburger.

Back where he belongs behind the pans, he was never going to stick to the well-worn yakitori-slash-izakaya groove. The more traditional songbook is currently playing at fellow newcomers Robata and Yakitori Bar, but straighty-one-eighties should be aware that here is a place unafraid to team a two-bite mochi waffle – like a gummy-textured mille-feuille – with yuzu curd, salmon roe and tongue-twistingly sour jubes of kabosu jelly. It’s the kind of canape you might find at an edgy art gallery opening in Ginza. Nor does Wilson pause before crossing the Rubicon of marrying curried sweet potato gyoza with miso apple yoghurt, a curious mash-up that passes muster while turning the flavour dial to 11.

That smoke-sweet scent of proteins cooked over binchotan charcoal ought to drive you towards the “sticks” section of an epic menu. Chewy wagyu intercostal ups the smoke ante with its soy glaze, while the grill-branded chicken tsukune (meatball) sees a hit of paprika added to its OG egg yolk sauce. Segue across to the panko section, where four tail-on, head-off king prawns in a crunchy breadcrumb sarcophagus meet a whomping barley miso sauce in a fight to the death. It could be a bridge too far for members of the “respecting the produce” camp, but for the typical habitué of a Lucas restaurant – the twentysomething scenesters who like their food to be as loud as their outfits – it’s probably just the ticket.

So too the karubi dog, a full-flavoured, boneless beef short-rib wrapped in a soft bun with miso mustard and jalapeno mayo; it’s the kind of thing that will transport you straight to the VIP seats of an Osaka baseball bleacher.

Cocktails? Glad you asked. They’re named after Tokyo districts and they’re pretty darn good. Our pick, the Harajuku, marries tequila and sake with ginger and lime and brings it all home with a lick of smoked salt. But the 12-strong list of Victorian beers on tap – a rollcall of Melbourne suburban heroes including Moondog, Hop Nation and Hawkers - is equally home in this high-octane food milieu.

Time Out’s PhD thesis topic is on Chris Lucas as the Cecil B DeMille of Melbourne restaurants, and Yakimono is his The Ten Commandments. It’s bold, it’s loud, it’s a reason to dress up while getting down. If you need a reason to head out into the fray once more, here it is. 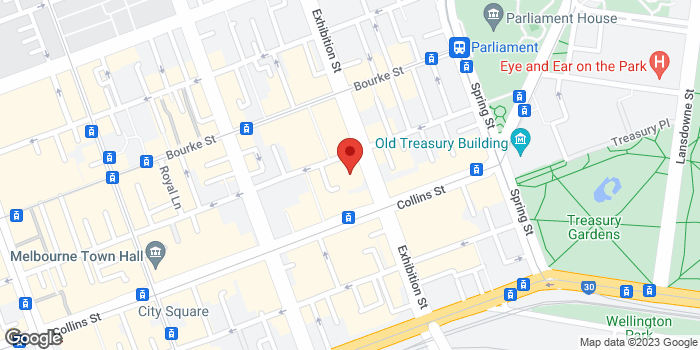