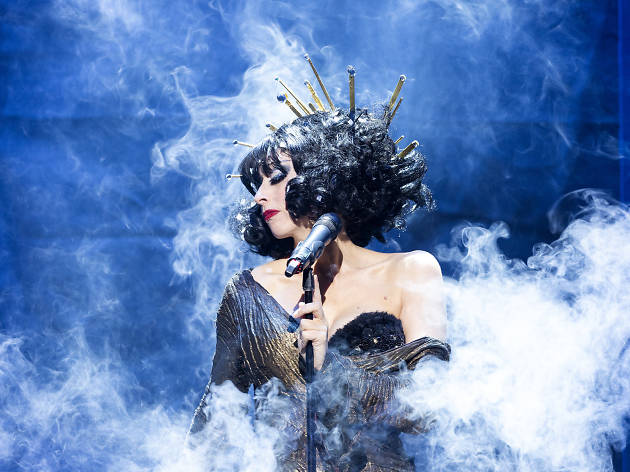 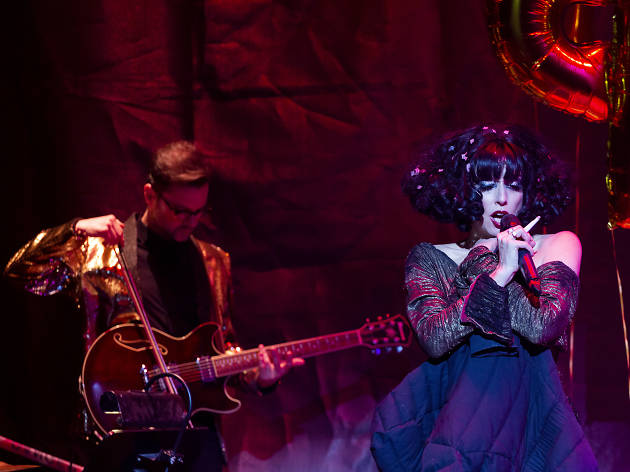 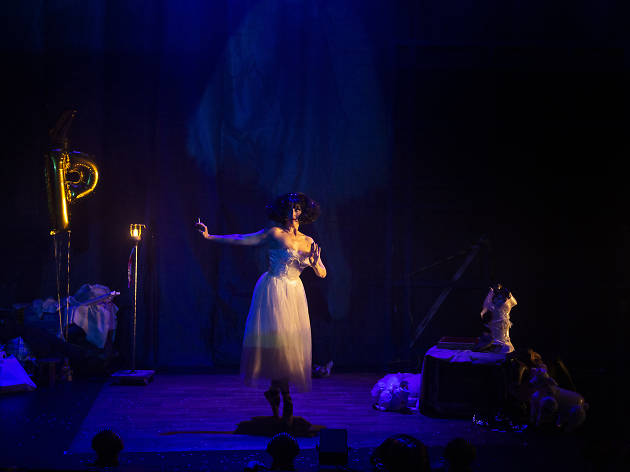 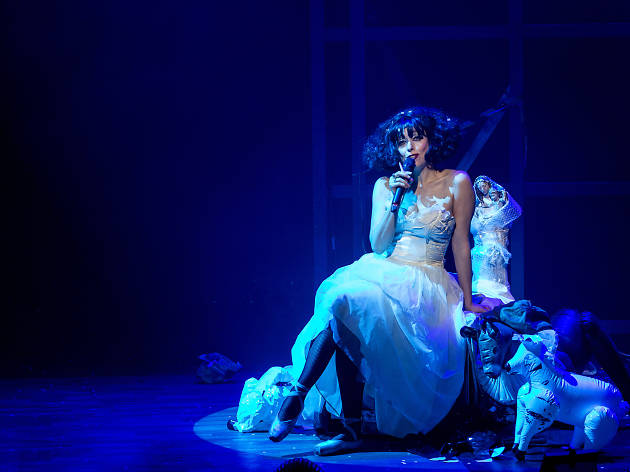 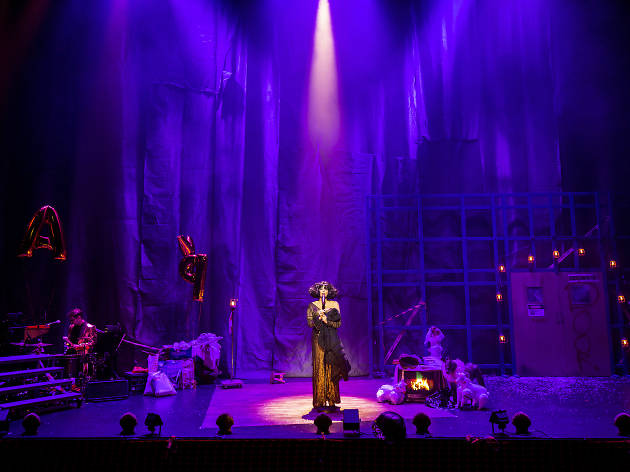 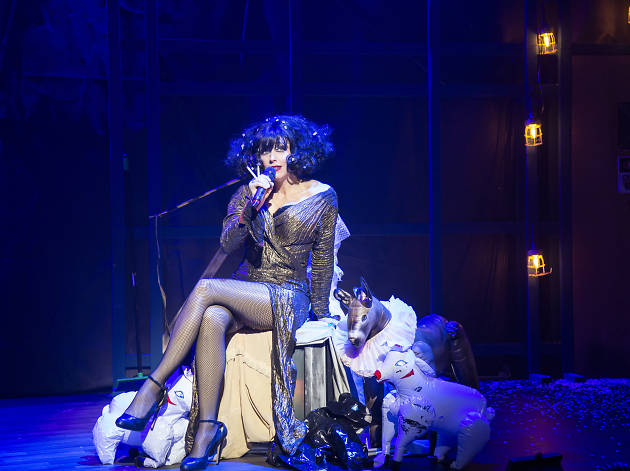 She enters from the auditorium, pregnant to bursting, two fags sticking out of her mouth, clutching some shopping bags and a blow-up donkey. She’s come from London, and had hoped to be performing at Royal Albert Hall, but they were fully booked. Sydney Opera House was also unable to accommodate her. No room at the inn at the Melbourne Recital Centre (even the bloody Salon!) either. So she’s rocked up at the Malthouse like a Madonna of the follow spot, to give birth to a cabaret act of messianic proportions. That’s right, Meow Meow’s back in town.

Apocalypse Meow: Crisis is Born is a crazy dumpster fire of a show, part cabaret, part Christmas special, with a liberal sprinkling of variety-hour cheese; in other words, pure Meow Meow. She premiered the work at London’s Southbank Centre all the way back in 2014, and while it has taken its time in getting to us, the show seems to have lost none of its anarchy. In fact, it feels strangely relevant.

The pregnancy is less than immaculate – it turns out to be a belly full of inflatable farm animals – but it does provide us with a manger and a little Christmas cheer. It’s a mood our hostess tries desperately to maintain, but every time she seems about to buck herself up, something goes wrong and she’s plunging into the pits of despair. As she reminds us, Christmas can often feel precisely like this, a rollercoaster through hell.

She initially tells us that some famous guests will be joining us for this yuletide extravaganza, but somehow the likes of Rufus Wainwright and Alan Cumming fronting up to the Malthouse always feels a little far-fetched. We are hardly surprised when they fail to show, although Meow Meow takes it way harder than we do. In desperation, she drags in a pair of orphans, whom she exploits mercilessly and then proceeds to traumatise with a rendition of Nick Cave’s ‘Red Right Hand’. Later, she is joined onstage by a doppelgänger – although given she is played by Michaela Burger, who is a few feet shorter than Meow Meow, it’s clearly one reflected through a distorting funhouse mirror.

The show is full of hijinks and deliberately deflating numbers – she constantly threatens to launch into ‘I (Who Have Nothing)’, but can’t get past the first line – and yet despite the chaos and the shenanigans, Meow Meow manages to insert plenty of wry commentary and a good dose of melancholia and even pathos. There is an extraordinary moment when she transforms a boy mannequin into an effigy of lost motherhood through sheer force of will, and the mood shifts instantly from flippancy to something grave and beautiful.

This complete control of atmosphere and register is one of Meow Meow’s key talents, along with a magnificently tender and supple voice. Her alter-ego, Melissa Madden Gray, has always been the kind of performer who lets her audience in on the gag, who reveals just enough of her own soul under the surface of the mask. Meow Meow is a particularly Australian cabaret star, of a kind that includes figures like Dame Edna and Yana Alana: monstrously egotistical, riddled with anxieties, but very hard to resist. If this is what the apocalypse is going to look like, put an angel on it and call it Christmas.