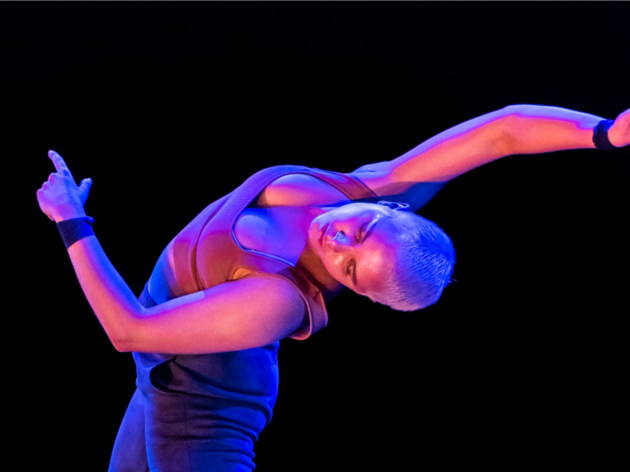 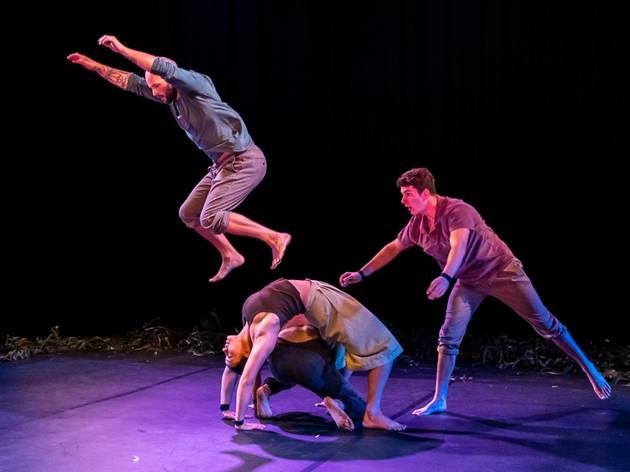 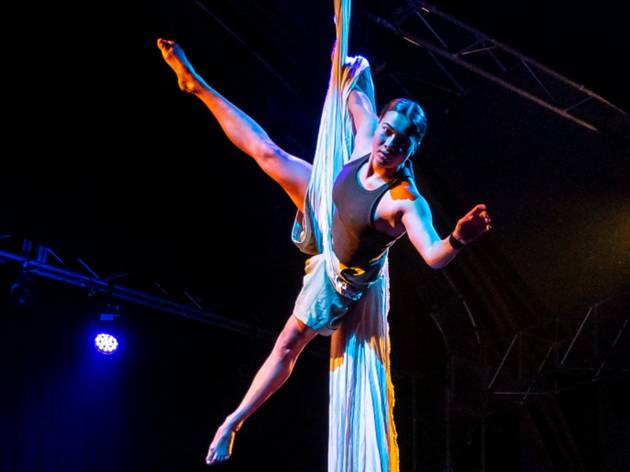 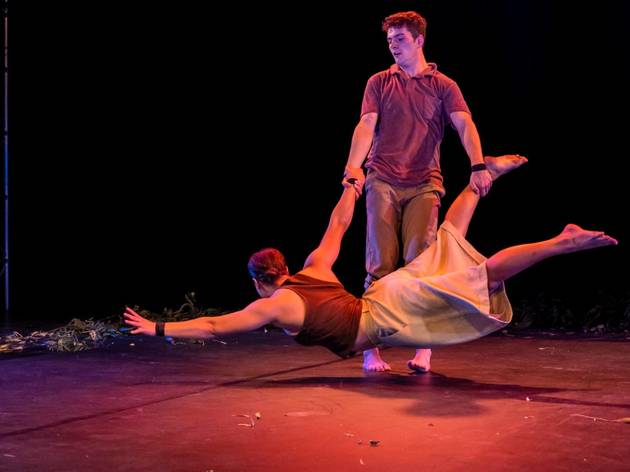 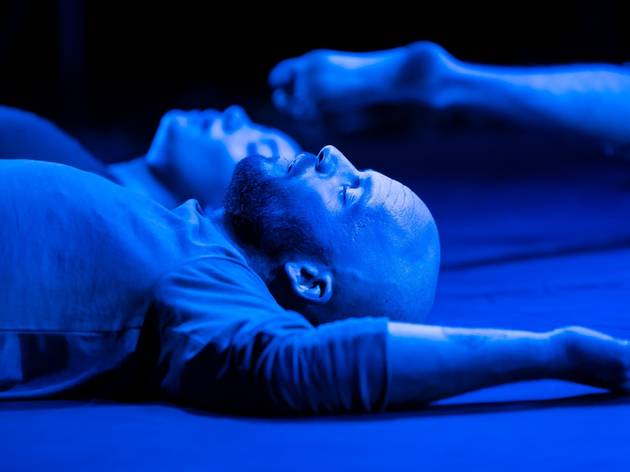 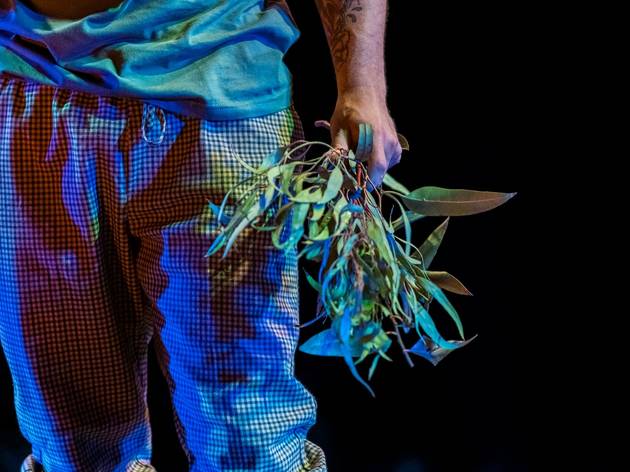 Yirramboi show Arterial is alive with playful passion. This fusion of contemporary dance and circus art is directed by towering Waka Waka man Harley Mann (Circa, Circus Oz), who also performs in the show. His lithe build belies a remarkable inner strength that shows both physically and in the deep emotional resonance of the work. Na Djinang Circus was founded in 2017, with the company's core power tied directly to the resilient connection of First Nation’s people to Country. You can feel the rhythms of the land beating the slick black surface of the performance space nestled in North Melbourne’s cobblestoned Meat Market.

That bond is generously offered to the audience even before the show begins. The performers, including charismatic Circus Oz alumnus Dylan Singh, the equally impressive Maggie Church-Kopp and bleach blonde-cropped Jada Narkle, limber up on stage for a good half-hour before showtime. Gently sweeping a stream of gum leaves intersecting the stage to the edges of the square, they pause to scoop up handfuls. Crushing them in their strong hands, they daub the sweet-scented aroma onto the forearms of audience members.

They already have the crowd, quite literally, in the palm of their caring hands, hands that carry bloodlines, song and storytelling that reaches back thousands of years on this land. What unfolds when the show does begin is recognisable to fans of Bangarra Dance Theatre. The marriage of haunting music – including the mesmerising soul of the sorely missed Dr G Yunupingu – and a form of contemporary movement that slips between tradition and the now. They draw deep from nature's catch cries and indelible rhythms, then fleetly fold in more recent history, including the violence of colonisation and families torn apart. But this is no photocopy. Far from it. What Na Djinang brings to this shared language is held in their name: circus.

The company’s incredible strength lies in powerful bodywork. When they hold each other aloft, drawing deep on their core, the beats pass as we hold our collective breath, astonished. It is staggering how much longer than we are accustomed to seeing these graceful shapes crystallise in the air and the burden they bear. The force with which they return to the ground is just as astounding. The performance space means that we see all this at close range: bodies trembling with time arrested and slick with sweat. The thud of their return to earth shudders through your feet. Again, this shared look behind the stagecraft is big-hearted.

Though there are moments of wrenching sadness, for the most part these performers are in their joyous element, and that positively welcomes an uproar of applause between stunned silences. Church-Kopp excels in aerial work, elegant might tossing herself with apparent ease between two muslin-like silks suspended from the steel framework above. Mann’s expressive, impish face is full of mischievous glee even as he bears the entire company on his shoulders, or hangs from the thread of a rope by his own head. He’s a Puck-like character who revels in this dance, with Singh also seemingly like trouble in the very best way. They steal a sweet little moment sealed with a fleeting kiss that delights the crowd. Half the joy of Arterial is the shared work and the paired break-offs that ensure each performer has not only their moment to shine, but blissful moments shared with one another.

The effervescence of Arterial wraps you up in joy, before leaving tear streaks across your cheeks. Our hearts are theirs when all is said and done.