Black is the New White review 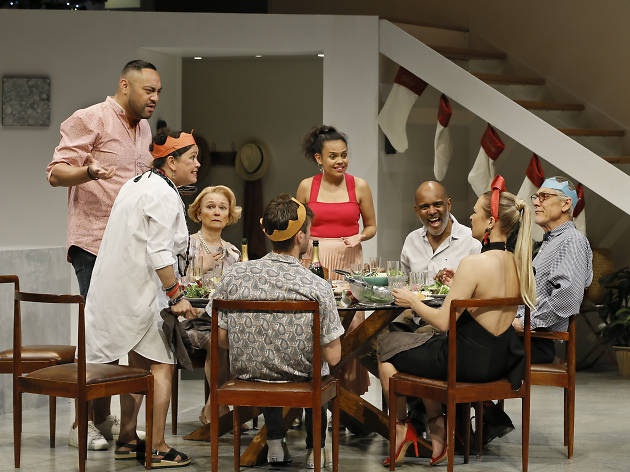 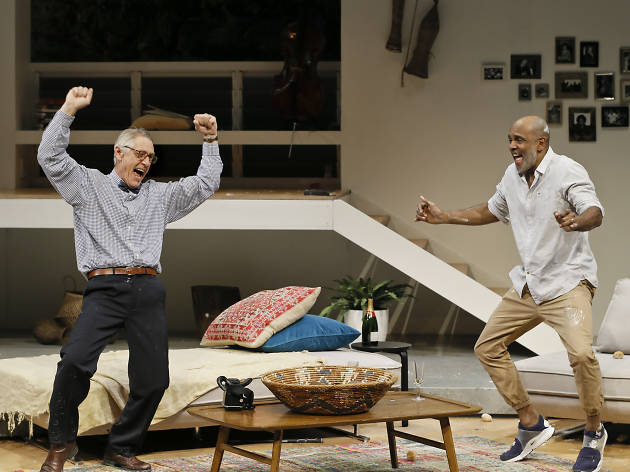 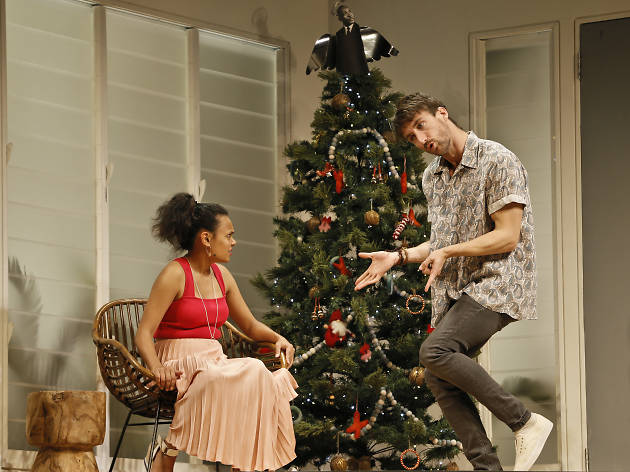 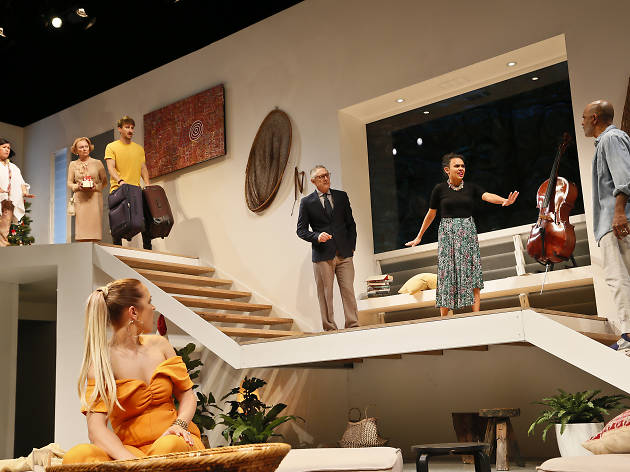 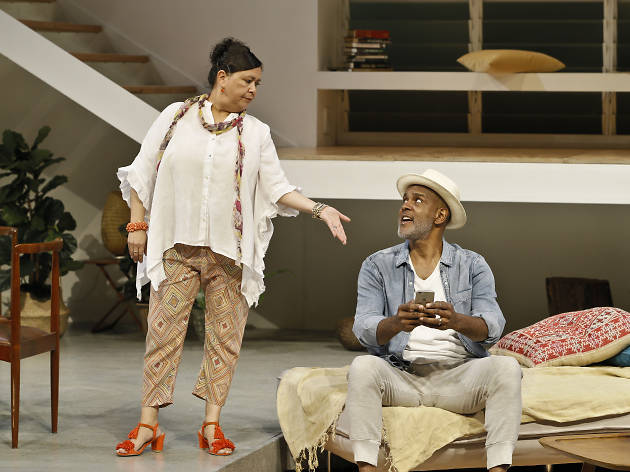 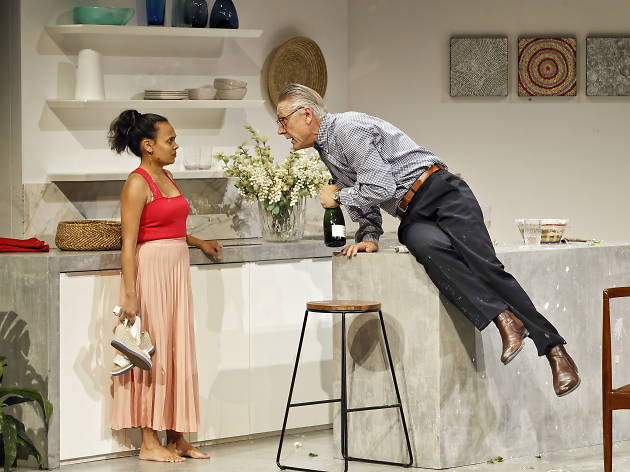 After the outrageous success of playwright and comedian Nakkiah Lui’s Blackie Blackie Brown, twice seen at Malthouse, expectations were high for Black is the New White. The former work was a comic book mischief maker that used the B-grade schlock of the revenge thriller to comment on ancestral grief and cultural violence. It was also the funniest thing on our stages in years. This new work, a Sydney Theatre Company production that has toured around the country and finally comes to Melbourne in collaboration with Melbourne Festival, is in some ways a more conventional affair, a social comedy in the mode of David Williamson. But make no mistake; Lui’s targets are just as considered, and she hits them with deadly glee.

The set-up is deliciously simple. Charlotte (Miranda Tapsell), daughter of the eminent Indigenous politician and self-proclaimed statesman Ray Gibson (Tony Briggs) is secretly engaged to Francis (Tom Stokes), son of stalwart former Liberal senator Dennison Smith (Geoff Morrell), Gibson’s sworn enemy. As Christmas looms, the two families come together for the first time, to snipe at, bemoan and celebrate this uneasy union between black and white. In case you haven’t been paying attention, it’s a state of the nation play.

Lui is certainly in familiar territory here; the promotional material locates the work as a cross between Guess Who’s Coming For Dinner and Meet the Fockers, and it proves a perfect descriptor. It has the awkwardness of parent/child relationships, the hot-button provocation of racial prejudice, and the pressurised environment of family holidays that define those works. And if she’d just reversed the races of the central protagonists, it wouldn’t have been enough. Black is the New White feels fresh and relevant (winking at its antecedents rather than slavishly adhering to them) not only because Lui knows how to fashion her own kind of comedy; she has something genuinely subversive and personal to say.

Tapsell and Stokes make a terrific pair, bumbling and tetchy but clearly in love and destined for each other. She inches around the class guilt that gnaws at her by showering people with goodwill, while he dances on the precipice of self-annihilation with well-honed avoidance techniques and terrible jokes; but they belong together, and we want them to succeed. This is important, an indication that Lui is throwing her hat into the camp of hope, of a shared future for this country. Hope is in short supply these days, and the play makes a compelling case for it.

Around the central couple, Lui has gathered a ragtag bunch of flawed and consistently hilarious supporting characters. Both pairs of parents – from Briggs’s pompous but slyly loveable patriarch Ray and brilliant but self-sacrificing matriarch Joan (Melodie Reynolds-Diarra) to Morrell’s epically compacted Dennison and blossoming wife Marie (Vanessa Downing) – are brilliant creations, skating on the very edge of their satirical purpose without ever falling into parody. Charlotte’s fashion designer sister Rose (Tuuli Narkle) and her gorgeous lunk of a hubby, Sonny (Anthony Taufa) make the perfect foils, an Aboriginal couple in complete control of their identities, until they aren’t.

The only character who doesn’t belong, despite being beautifully played by Luke Carroll, is the narrator. The Sumner stage last saw an absolutely bang-on iteration of this concept in Anchuli Felicia King’s Golden Shield, a narrator truly embedded in the action of the play who also illuminated it from outside that action. This narrator does neither, and should have been dropped altogether.

Director Paige Rattray manages to wrangle the disparate playing styles into a coherent whole, utterly in control of the play’s various tonal and rhythmic shifts; while set and costume designer Renée Mulder and lighting designer Ben Hughes create a highly credible high-end holiday house for the cast to play in. There is a palpable sense that the actors are genuinely having fun, and it’s  infectious. It’s fallen within Melbourne Festival, but it would sit comfortably as Melbourne Theatre Company’s Christmas show, howlingly funny and, despite the sharpness of the barbs, ultimately feel good.

This is what makes Lui’s play so deadly: it functions so comfortably as a raucous social comedy that it is easy to overlook its seriousness. This is a work that wrestles directly with patrimony, with legacy and with guilt, both black and white. It talks about class (or should that be money?) as the ultimate identifier in a world of shifting intersectionalities. It talks about racial purity and the future of indigeneity. That it does it with heart and generosity, with a spirit of cooperation and hope, makes it feel like a shiny gem in a grim landscape. It also makes Lui one of the most exciting playwrights working today.

Feeling hungry? Check out these offers from our Festival Feasts partners.