Theatre, Circuses
3 out of 5 stars 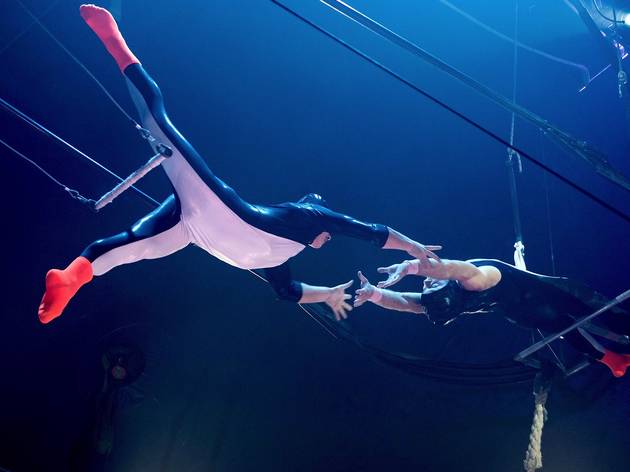 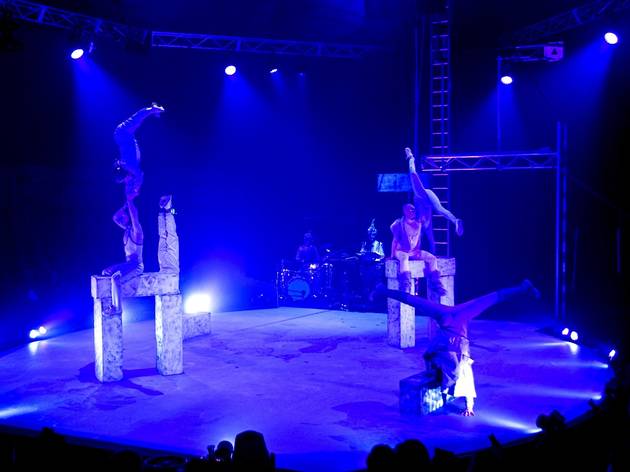 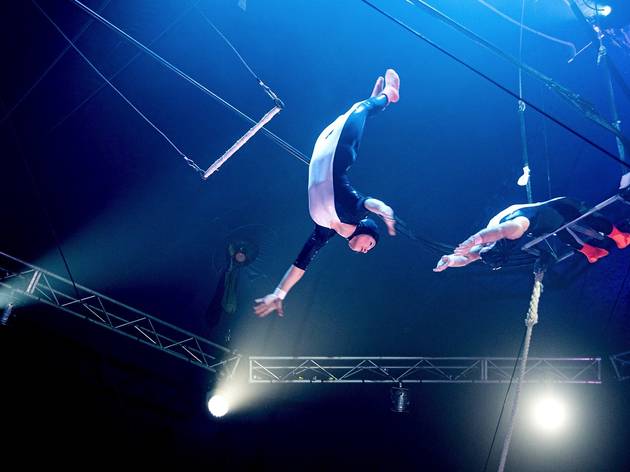 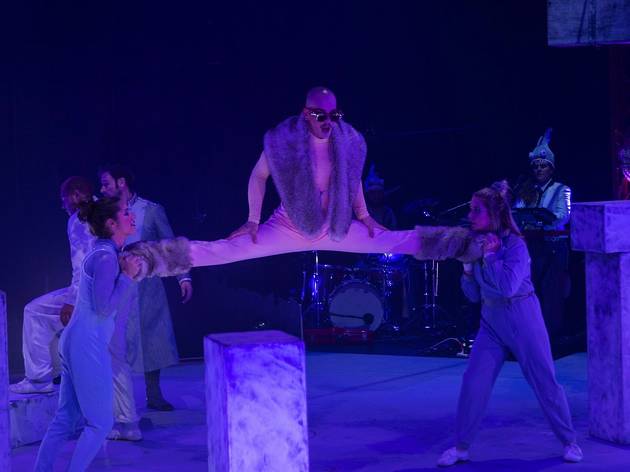 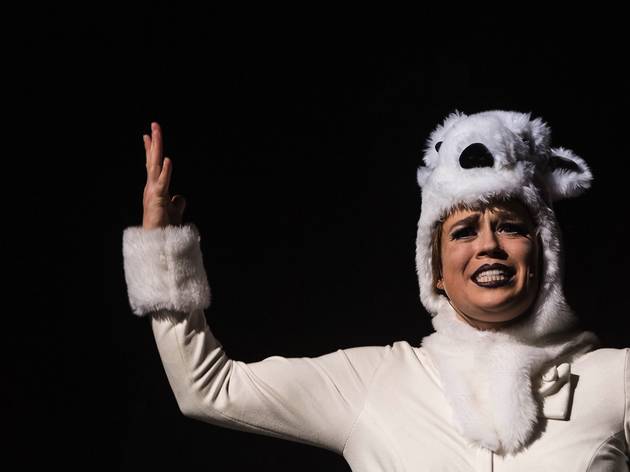 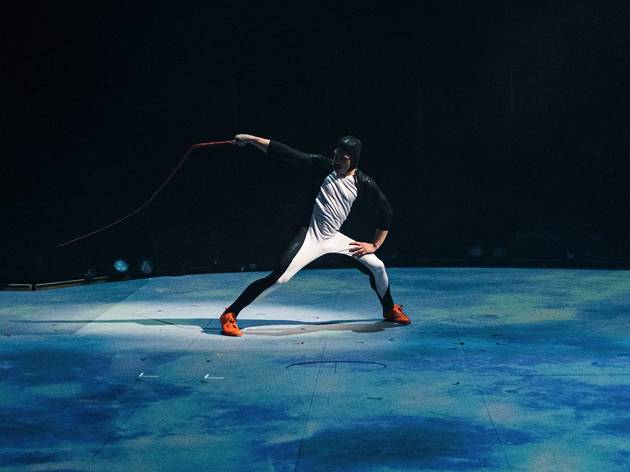 Circus Oz is in the middle of a major transition, with the exit of artistic director Rob Tannion – who left his post only three years after he replaced the longstanding Mike Finch – and the appointment of Kate Fryer as “artistic facilitator”. What the hell that means is anyone’s guess, but judging by this new production, it might be a good idea to give her the job for real. She’s smart and sensible, and if you cut her open you’d find the circus life in the marrow of her bones. Aurora isn’t a major achievement for this company, but then it isn’t aiming to be; it’s a bouncy, buoyant reiteration of the company’s manifesto.

One of the things it does well is effortlessly integrate its political messaging into the substructure of its acts. In the past, Circus Oz has been guilty of shoving editorial content into the margins of their shows, in what comes across as mere ideological window-dressing. Aurora feels genuinely political, with a singular focus that informs everything on stage. In this case, it’s the environment, and the ways humans impact the natural world. It’s cheeky and sly, but it’s also undeniably pointed. Even the clowning has a sharp underbelly.

We open with penguins. Harriet Oxley’s witty costumes deck the ensemble out as oversized, and loudly boisterous, Antarctic birds, who launch the show with an aerial routine that is more fun than spectacular. Tara Silcock is terrific as an all-singing polar bear, and her schtick with a never-ending plastic bag that comes out of her stomach makes a brilliantly grim alternative to the handkerchief trick.

Matthew Brown has a fine and graceful routine on the straps that calls to mind Philip Pullman’s Lord Asriel, all dignified postures and sexual insouciance; he reminds us of the quintessential great explorers of the Enlightenment Age. And then just as the routine comes to a close, and Rhian Hinkley’s clever projections show the environmental damage the routine has caused, Brown tosses wads of cash about, as if money can silence degradation.

Aurora is full of these little jabs and niggles, and every now and then an act itself becomes a distillation of the show’s themes. Adam Malone does a Washington Trapeze act in full hazards and a gas mask that speaks to the ghastly future that awaits humanity, his sinister inverted frame swinging above us like a bell that tolls for us all. Sam Aldham’s rope routine, replete with plastic bags he has to clean up on the way up and down, seems like a metaphor for the times ahead.

Some of the numbers fail to impress, largely due to what look like budgetary constraints more than a failure of imagination. A table slide is exactly what it sounds like, a routine on an ordinary household table that feels like an act your circus friends would do for you at a party. And the show’s finale limps rather than rockets to its conclusion.

The musicians, Jeremy Hopkins and Selene Messinis, are fabulous and give the show that quintessential rollicking Circus Oz energy, that slight whiff of danger or anarchy that has always defined this company. The cast are largely new, and make for a typically collegiate atmosphere, although a couple make an impact individually. Jillibalu Riley is a powerfully natural tumbler, and Brown and Silcock are both excellent. Malone in particular – with the show’s standout routines and a magnificent outré queer aesthetic – dominates the stage, and is a star in the making.

Aurora makes for a great entry point to Circus Oz, even if it represents a single step in the right direction rather than a destination in itself. The company are diversifying, tailoring different shows for different audiences, and in some ways this is a throwback to the all-in family entertainments of the past. Fryer has orchestrated it well, and it certainly bodes well for her “artistic facilitation”.