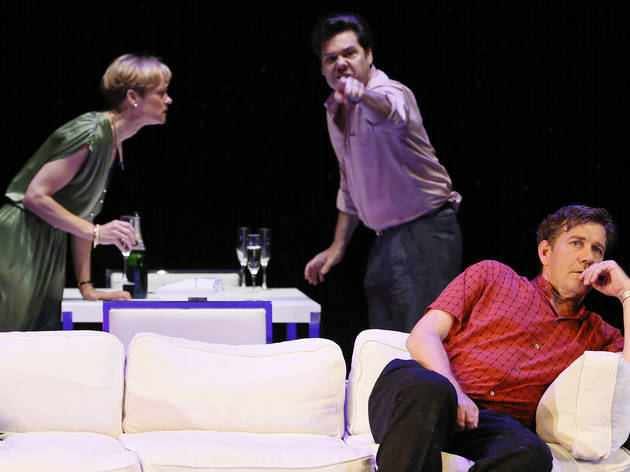 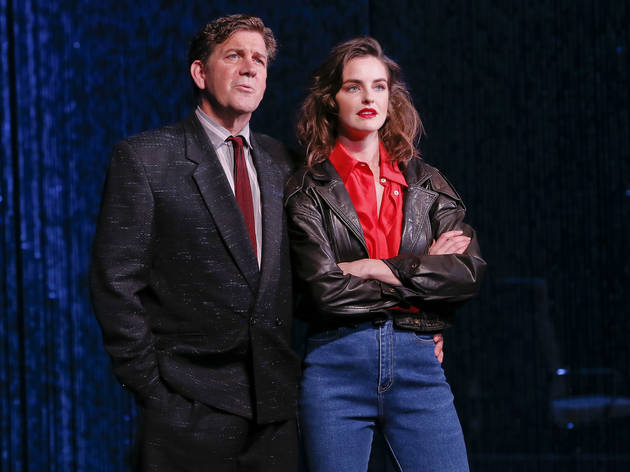 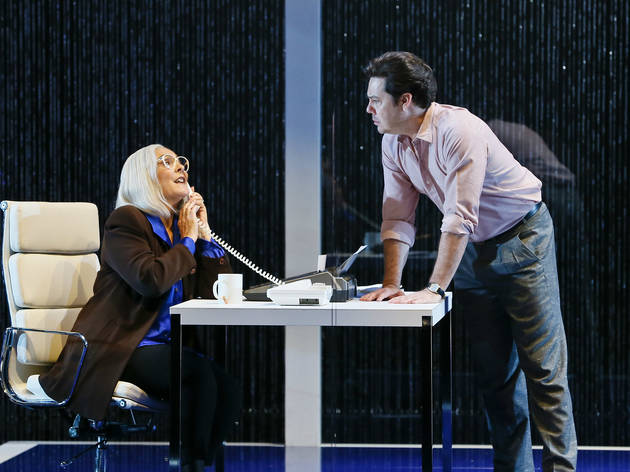 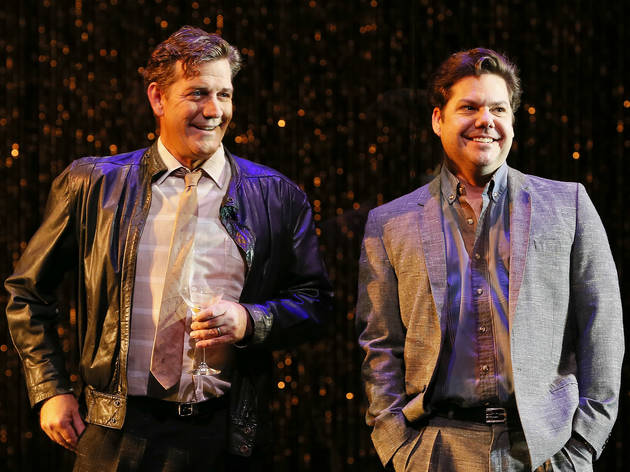 Update 16/03/20: MTC has cancelled all further performances of Emerald City in light of the current government advice around COVID-19.

Ticketholders can either exchange their ticket for shows later in the year, request a refund or donate the cost of their ticket to Melbourne Theatre Company. All tickets absorbed as donations will receive a tax deductible receipt.

There is something deliciously apt about revisiting David Williamson’s smash hit play Emerald City  three decades after it held a shiny mirror up to that great Australian pastime, the rivalry between Melbourne and Sydney. In the interim, the dynamics have shifted: while Sydney may still lay claim to being our most attractive city in the looks department, Melbourne is rapidly becoming the preferred place to live. It lends the play a wistfulness almost; there is a sense that we are looking back on our childhood.

Not that Sam Strong’s co-production with MTC and Queensland Theatre is an exercise in nostalgia. This may be a period piece, but there isn’t a whiff of condescension in the depiction of the milieu. Dale Ferguson’s design – from the set, a glass box revolving against a glittering series of curtains, to the costumes that manage to both dazzle and convince – is stunningly effective, detailed and thoughtful, without any of that fetish of period of which Australian design can be guilty. It makes the late-eighties feel contemporary, and that isn’t easy to do.

And the plot could almost happen now, with minor adjustments. Colin (Jason Klarwein) is a successful screenwriter, although he thinks he might be more successful if he moves the family to Sydney, where the action is. His wife Kate (Nadine Garner) is not convinced, but she works for a major publishing house, and agrees to give it a go. It’s only when the boorish and talentless Mike (Rhys Muldoon) enters their lives, along with his gorgeously vacuous girlfriend Helen (Megan Hind), and starts collaborating with Colin in increasingly shitful product, that the cutthroat nature of the city threatens to corrupt the marriage.

The cast is rounded out by powerhouse agent Elaine (Marg Downey) and even more powerhouse producer Malcolm (Ray Chong Nee), who are both arseholes but at least partly because of their professions. Everyone else is an arsehole with no excuse. It is one of the small wonders of the script, and the production, that we don’t want to set them all on fire. Williamson gives most of his characters strong arcs, and their seesawing fortunes echo their moral journeys, so that there is great satisfaction in watching them rise and fall. They are human and messy and besmirched, and the actors bring a lot of joy to their foibles.

Downey is beautifully droll as Elaine, and Chong Nee is suitably reptilian as the only character on stage with no skin in the game. Muldoon was a clever casting choice as the generally vile Mike, an actor so charming he can make even this cesspool palatable. Klarwein has a lovely sense of comic timing and again makes the more loathsome aspects of his character seem like chinks in an armour of good will, rather than the indications of moral turpitude they probably are.

Best of all (unsurprisingly) is Garner as Kate. Initially she seems overly pert, but with an actor this good, you learn to wait for payoffs, and she soon lets us see her pertness as a mask or perhaps a battlecry. Kate is as morally compromised as anyone else in the play, but Garner draws us in to her dilemmas, into her plots. Although it isn’t the way the play is written, she becomes its spine and ultimately its world view.

So much of the success of this revival can be traced to Strong, whose vision – but more importantly his discretion with the text – yields results that sparkle here but could easily have been painful. For all of the accolades that have been showered on Williamson, there are some things he simply did not achieve in this play. He is famous for holding a mirror up to middle-class Australia, but  Emerald City doesn’t give much insight into its struggles. There is no real depth to the characters or the wordplay – Emerald City is even superficial when talking about superficiality.

That said, there is much to enjoy about this revisit. Williamson once infamously wrote to critics asking for leniency, so it is notable that he creates a character who is loved by critics but not by the general public, in an inverse of his own experience. Perhaps the rivalry between Melbourne and Sydney (which is here represented as a fight between serious art and rank commercialism) isn’t the key question any more. Perhaps we should ask how anyone makes art at all in this age of the global conglomerates.