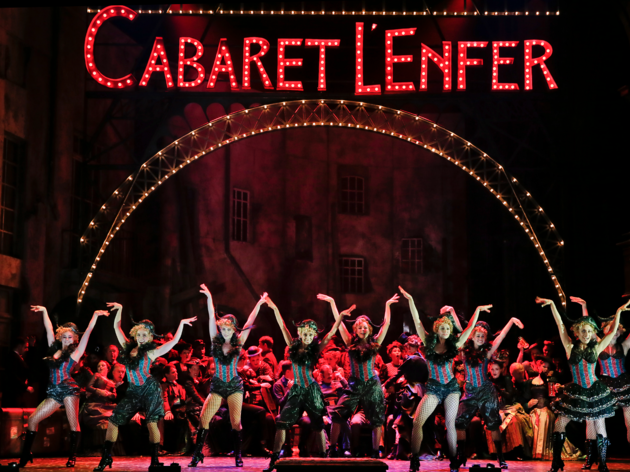 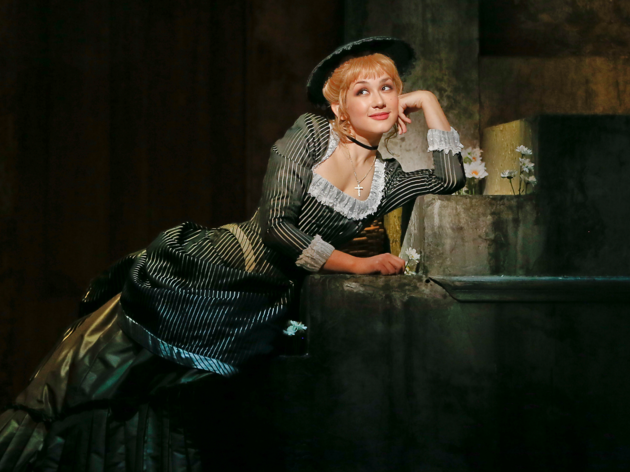 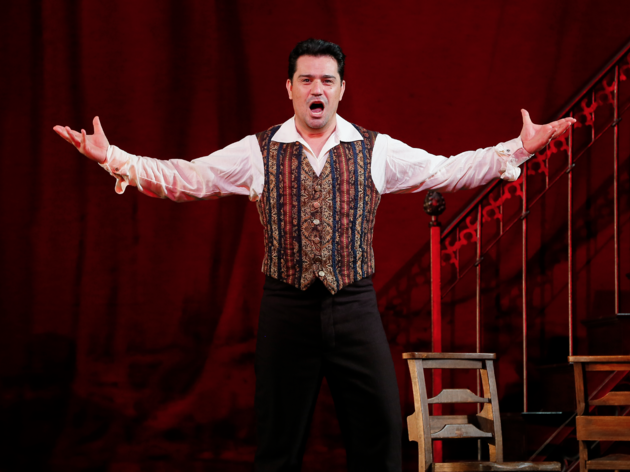 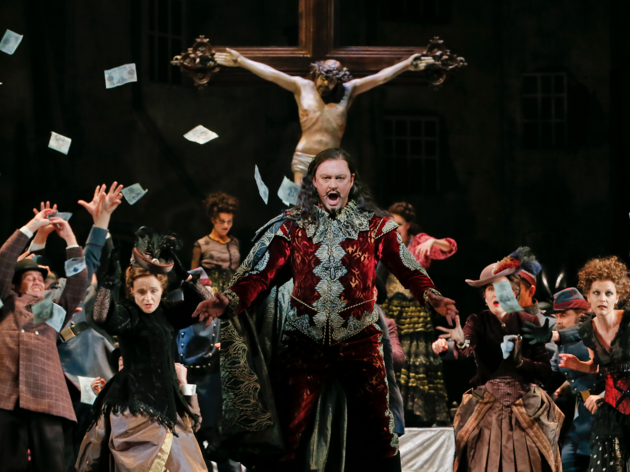 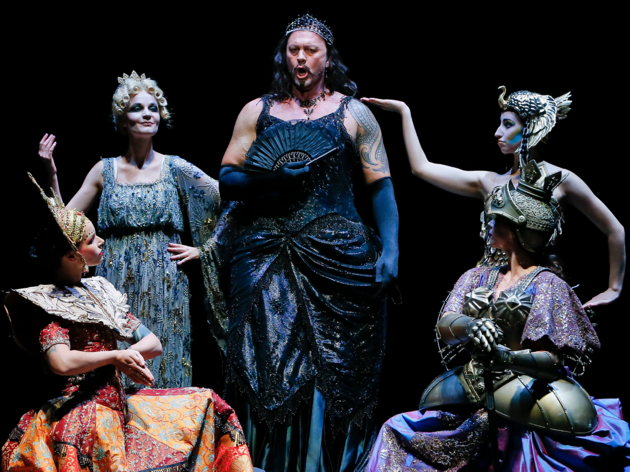 Grand Opera is a classification that denotes opera from the first half of the 19th century, mainly from France, that had big casts, big orchestras and, perhaps most importantly, big sets. It’s the perfect canvas for the modern blockbuster director – the last time we saw a major one in this country was in 2015, when Elijah Moshinsky returned to direct Don Carlos – and they don’t get much more blockbuster than Scotland’s David McVicar. A darling of every opera house of note in the world, he brings the vision and the bravado necessary to pull off works of this scale, and his Faust is another feast for eye and ear.

French composer Charles Gounod’s most famous work, it is a fairly faithful adaptation of the first part of Goethe’s masterpiece, the tale of a man who sells his soul to the devil in exchange for youth and beauty. Like most great works, it has a relatively simple premise that nevertheless seems to bore into the heart of the human condition. Faust (Saimir Pirgu) is an old and embittered scholar, stretched out on the wheel of fortune, bereft of knowledge and vitality; the first word he sings is “nothing”. On the precipice of suicide, he decides to call forth Mephistopheles (Teddy Tahu Rhodes), who offers him a deal: give me your soul and I’ll give you all earthly pleasures.

The focus of Faust’s lust and ambition is the beautiful and innocent Marguerite (Maria Mudryak), who initially refuses his advances but is eventually persuaded to fall in love with him. In a neat inversion of the Genesis myth, it is Adam tempting Eve, as the snake watches by in grim fascination. Mephistopheles warns Faust that if his seduction succeeds, he is damning his love to hell. He seduces her anyway, and the depravity spreads.

McVicar sets his production in a time period that initially feels like the middle of the 19th century, but then stages a key scene at the Cabaret L’Enfer, which only came into existence in 1892; perhaps we are meant to see the crowds of people in the streets as ultra conservative, if not backward, in their thinking as much as their attire. They are certainly incredibly vulnerable to the rot at the centre of the Faustian bargain, their debauchery and bloodlust already on display before Satan has had a chance to corrupt them. Rhodes is terrific in these moments, wry and bemused at his own ease with a crowd.

Pirgu has an exquisite, clean tenor, and for long stretches of his seduction scene manages to use it to suggest genuine and pure adoration for Marguerite; his “Salut demeure chaste et pure” is an effortless highpoint of the night. Mudryak is a little underdone in this scene, although she improves markedly in the final act. Luke Gabbedy is as good as he’s ever been as the doltish but guileless Valentin, and Anna Dowsley makes a suitably earnest Siébel. Dominica Matthews is delicious in her brief appearance as Marthe.

French opera expert Guillaume Tourniaire conducts Orchestra Victoria with great power and precision, elongating those gloomy opening phrases with fiendish glee but also elevating the romanticism and sincerity in the score. The Opera Australia chorus are in fine form, creating a rich and layered sound in the crowd scenes, utterly transcendent in their final appearance from the auditorium. McVicar’s productions always have an exacting attention to detail, so that each person on stage is brilliantly individuated, and the performances match the vision.

And what a grand vision it is. There is more than a little Gaston Leroux in the atmosphere – you’d be forgiven for expecting Faust to don a white half-mask as he sits at the organ – but also plenty of Christian High Gothic. Paule Constable’s glorious lighting pierces the gloom from above, hinting at the great reckoning to come. Charles Edwards’ sets are lavish and grimy and lush. And Brigitte Reiffenstuel’s costumes manage to sit comfortably in the period and then take sudden right turns into crazy.

That is possibly the best thing about this rendition of Gounod’s sweeping moral study: it has the guts to get wacky, especially in the last act, which takes place largely in a theatre, Mephistopheles’ natural realm. A nightmarish danse macabre leads to an opening of the graves, of dead babies and a final burst of ecclesiastic rapture, ludicrous on one level and yet totally convincing as drama. Even if you have to sell your soul for a ticket, it’s a bargain worth considering.