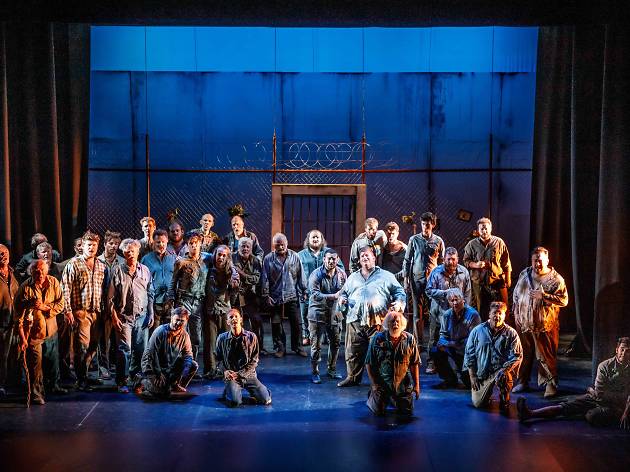 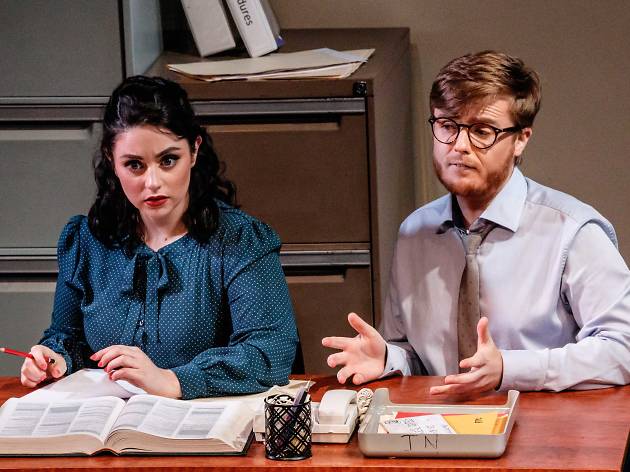 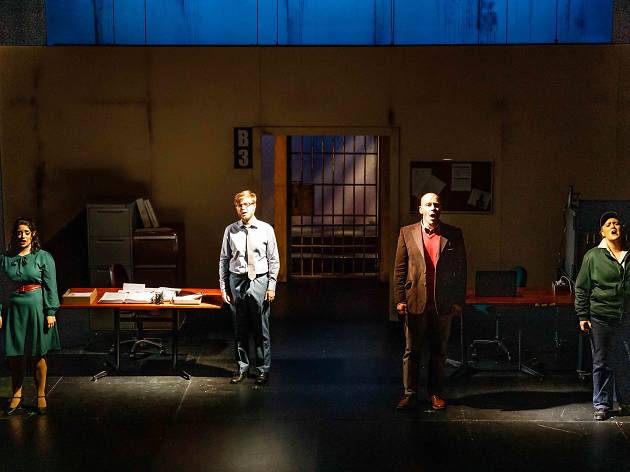 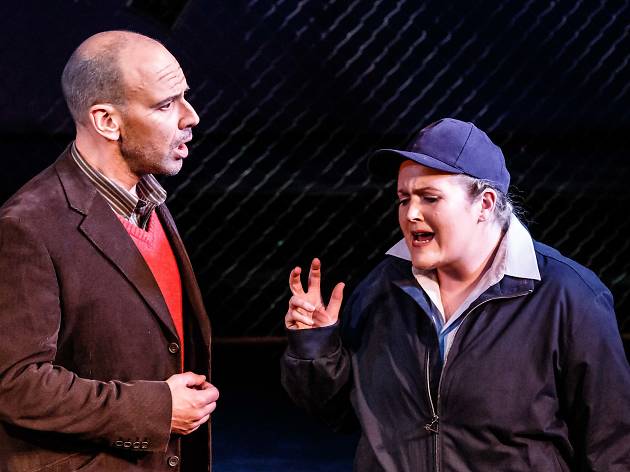 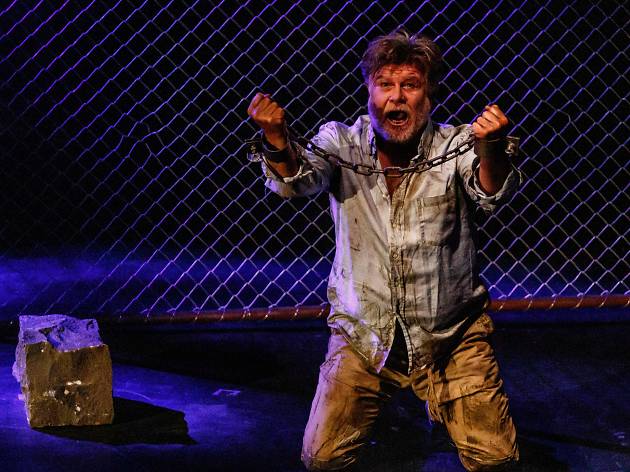 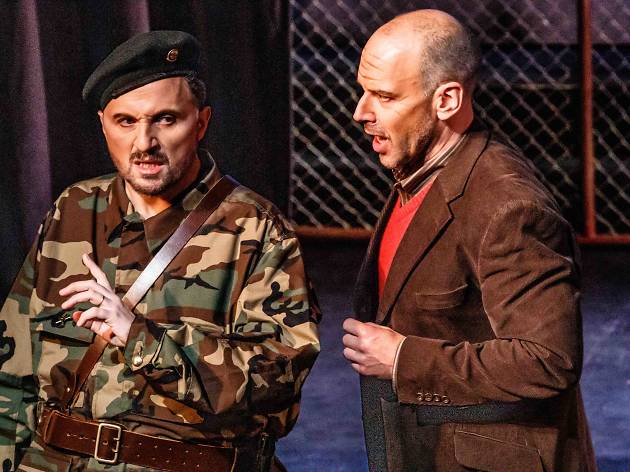 It starts well. The overture is pure symphonic Beethoven, reserved on the bombast but still alive with dramatic power. Conductor Anthony Negus ushers the Melbourne Opera Orchestra through it, tentatively at first but with increasing confidence. Later in the opera, with the first of two significant entr’actes, the orchestra feels beautifully controlled and lush, and by the final, unusually long orchestral bridge between the second and third acts, they sound positively magisterial.

The story opens with a love triangle that seems lifted from comic operetta, as Jaquino (Louis Hurley) pledges his love to Marzelline (Rebecca Rashleigh), who is madly in love with the man she thinks is Fidelio (Kirstin Sharpin) but who is actually Leonore in disguise. She’s in disguise because she is seeking to free her prisoner husband Florestan (Bradley Daley) from his gaol cell, falsely imprisoned for speaking truth to power, in this case the murderous tyrant Pizarro (Warwick Fyfe).

The story’s origin lies in pre-revolutionary France, but the theme of the imprisonment of journalists and anti-authoritarian protesters is so close to our own world it feels contemporary, and director Hugh Halliday makes a few decisions that bolster the resonances. He sets it in a recognisable modern space, the soldiers in camouflage and the pencil pushers in sensible lounge suits. Andrew Bellchambers’ set is utilitarian, recalling Eichmann and the banality of evil. And he encourages his singers to lean into the psychological realism. It means that the moment, late in the piece, when husband and wife are reunited in the dungeon, is not just credible but deeply moving.

The singing is good without being revolutionary. Sharpin makes a likeable and sometimes comic Leonore, but her singing isn’t particularly interesting; there’s not a lot of shading or texture in it, and her aria, ‘Abschulicher!’ is underwhelming. Daley fairs better with his aria ‘Gott! Welch Dunkel hier!’, a strangely disjointed and hallucinatory plea (to be honest, Beethoven’s arias aren’t much chop). His voice is crystal clear, both plaintive and pressing. Rashleigh has an effortless warmth of tone, and Hurley impresses in a small role.

Two voices surprise in disparate ways. Fyfe is usually so reliable a singer you could set your watch by him, but his Pizarro feels slightly underdone, not a patch on the villainous roles he’s made his own, such as Alberich and Beckmesser. And his beautiful baritone feels almost scratchy here, even slightly impoverished. On the other end of the scale is Adrian Tamburini as Don Rocco, the gaolkeeper and Marzalline’s father. Profoundly sympathetic, considered and responsive, his performance is commanding and his voice is something of a revelation. While it’s always been rich and velvety, it seems to be growing in control and suppleness. His is the performance of the night.

Negus conducts with the kind of preternatural sense of pace and modulation we’ve come to expect from him. Melbourne Opera should congratulate themselves for securing his services and lifting the skills of such a vast number of singers and musicians (and the funding bodies should take note, too). The Melbourne Opera chorus has never sounded better, an extraordinary effort from a collection of volunteers.

Beethoven is 250 years old this year, so it’s fitting that Melbourne Opera mount his only opera. There are those glorious moments – that first act trio that becomes a quartet is worthy of Mozart, whom Beethoven was keen to better – and it has a story to tell that still resonates (I couldn’t get the image of Jamal Khashoggi, brutally murdered by the Saudi regime in an embassy in Turkey, out of my head). But there is something missing in Fidelio, a conviction or a stirring in the composer’s soul, and no amount of solid work by this company can fill those cracks.