As Halloween approaches, the Harry Potter crew are celebrating the darker side of the play with Dark Arts Month until October 31. To celebrate, ticket purchases over $75 will get a $30 discount when booked on the official site. For ticket holders at the show this Sunday 16 October, they can attend an exclusive pre-show event at 5pm with Australian illusions and magic associate Lee Cohen. Attendees will explore the show’s wizardry in a special Introduction to Magic workshop. In the last week of October, there will also be a special Dark Arts-inspired dress up competition.

Read on below for our review of the new one-night version of the play.

It’s Christmas for Potterheads. Three years after its celebrated opening at the expensively refurbished Princess Theatre, Harry Potter and the Cursed Child is taking an apt step back in time with a second premiere, this time of a streamlined one-play version that carves a good three hours off of its original running time. There are various motivations for this. Even for ardent devotees or seasoned theatre veterans, six hours in a seat is a slog, and once killed-for tickets had become readily available. But what could have been a cynical hatchet job has turned out to be the making of this show.

The main pillars of the story remain – picking up where JK Rowling’s novels ended, we meet the children of famed wizard Harry Potter as they depart for Hogwarts School of Witchcraft and Wizardry. However, the enduring friendships that kept Harry alive are elusive for Harry’s awkward son Albus, and when he fails to live up to the towering expectations of not just his school but the entire wizarding world, his sole friendship becomes both his greatest refuge and his biggest vulnerability.

But while you might reasonably assume that this is a play about magic, you’d be wrong. This is a play about love. Which should come as no surprise – love is quite literally the most powerful, death-defying force in JK Rowling’s seven-book saga. What is surprising however, is how one of the greatest juggernaut fiction franchises of all time has leaned – comfortably, credibly, with heart-rending sensitivity – into a queer romance.

Many people who strapped in to the six-hour theatrical marathon that was the original two-show format of the Cursed Child were left frustrated by the almost-but nature of the relationship between the two main protagonists, Albus Potter and Scorpius Malfoy (yes, son of that Malfoy). A story (no spoilers – #keepthesecrets) that spends such extravagant resources to explore a connection that overcomes alternative realities, the boundless void of uncreation and simply being a teenager with overbearing parents, yanked the rug from beneath the audience’s feet with a couple of clunky lines that frankly retconned the hours of storytelling they’d just witnessed.

However, in this streamlined one-play version, whatever tentativeness that may have held back fully embracing this facet of the narrative seems to have lifted. Now, this wondrous show, jam-packed with spectacle and surprise, is one of the most authentic, moving, beautifully told coming out stories ever seen on stage.

The original conjuring of Cursed Child had one clear imperative. JK Rowling’s sequel to her blockbusting novels would be an unapologetic ode to the worldwide fandom that had embraced the wizarding world of Potter and Co down to the swish and flick of the smallest charm. But this also posed a problem. With a marathon performance (with a hefty pricetag) that relied so heavily on fan service, a swathe of potential ticket buyers, uninitated into the Potterverse, were held at arm’s length.

While some knowledge of Potter’s history is still somewhat a prerequisite, many of the recent changes to story have jettisoned the winks, nods, and barefaced indulgences to the novels and distilled the narrative to focus on more universal truths – of course packaged in a way that still makes use of the extraordinary stage craft and sorcery that made the two-show OG one of the most successful stage shows on both Broadway and the West End.

But how could such a success lose almost half of its running time and remain intact? It’s a question of economy of narrative. Those who are only familiar with the films of the original seven novels may be used to more disciplined plots than those that actually exist in Rowling’s pages. Indeed, the beats of the original script of the Cursed Child, penned by Rowling in partnership with Jack Thorne and John Tiffany, were at times so head-spinningly convoluted with call-backs, flashbacks, back-to-the-future divergences, it was tricky to keep a handle on every parallel story arc in motion.

By losing some of the zanier corners of the story, the action feels more nimble, the plot more agile, and the emotional poigniancy that thrives beyond the whizbangs of the wandwork shines even brighter. It makes certain scenes that might have seemed inconsequential in the scheme of six hours of theatre hit even harder and individual lines that might have seemed throwaway blaze into memory.

But fear not, this edit doesn’t shortchange audiences when it comes to jaw-drops. Oooohs and aaahhs and how-the-hells? still abound in this bewitching triumph, amplified by the fleet-footed choreography of Steve Hoggart and buoyant, poppy score by Imogen Heap. Which is important, because seeing magic tricks before your eyes is an experience that the sterile ease of CGI simply cannot touch. To see wands waved in real life and for spells to literally spring from them is a thrill that remains entirely unchanged in the new Cursed Child, but without the uniformly stellar performances of this Australian cast, they would be nothing more than parlour tricks.

Nyx Calder as Scorpius is deeply endearing in his awkward, quirky account that is clearly the product of many hundreds of hours inhabiting this role, while Ben Walter’s quiet frustrations and subtle yearnings as Albus Potter are a perfect echo of the internal battles many young people conceal while they are discovering their identity.

Harry Potter and Cursed Child was always more than the sum of its parts; such is the way of magic. But somehow, it has pulled out an even more impressive trick – by losing so much of its length and yet somehow saying more. 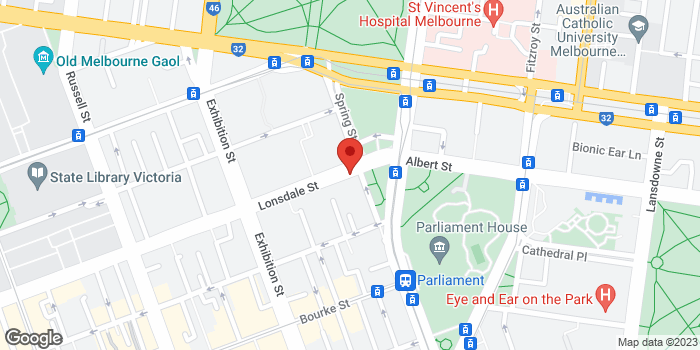