Discover the extraordinary world of touch, with two deafblind artists as your guide

Michelle Stevens is a pianist, and Heather Lawson is a performer. Together, they’re putting on a live art experience that aims to evoke empathy and provoke reflection on the way we navigate the world. Both artists are also deafblind.

Imagined Touch: the deafblind art experience is an immersive part-installation, part-theatre piece in which sight and sound give way to other sensory experiences. It’s the result of more than three years of workshops and audience testing, with artistic director Jodee Mundy at the helm.

“Deafblind people are so marginalised – I would say that they’re Australia’s most marginalised people,” says Mundy. “[This focus of this piece] is to make great art, but also to move society forward a bit about how they perceive deafblind people, to progress the story from Helen Keller and bring forward contemporary stories… and to show people how amazing sign language is.”

It is estimated that approximately 300,000 Australians are deafblind. For these individuals, the primary form of communication is through signing into the hand – a tactile sign language known as haptics. On entering Imagined Touch, audiences must surrender their sight and hearing, put their trust in the hands of Stevens and Lawson. At times, audiences are left alone – a reflection of the isolation many deafblind people feel in a world in which the majority of people do not use touch to communicate. At other times, audience members are touched, and the realisation hits that they’re being spoken to in a language they don’t understand.

“At the start, I think audiences see two deafblind women and think they can’t do much,” says Mundy. “But then, they see this woman playing the piano through touch… and ultimately I think audiences go, ‘oh my god, these two women are extraordinary’.”

Mundy is the only hearing person in her family, which means that Auslan is her native language. And while the majority of the hearing population sees sign language as an alternative for people living with disabilities, Mundy sees it as a realm of communication that offers many advantages, regardless of the number of senses available to the person communicating. “In the mainstream, [deaf and deafblind people] are disadvantaged, but in other ways they have an advantage. I can communicate with my tongue, with my hands, and through feeling. I can talk underwater, or I can lie in the dark and sign into someone’s hand. These are communication styles that can be used by everybody – the more you know about how to communicate and the more you use your senses the richer your experience is and the more diverse people you meet.”

Through Imagined Touch, Mundy hopes to open audiences up to a world that most people will never even imagine, and to improve the lives of deafblind people around the world. “It’s ultimately opening up the other to audiences,” says Mundy. “When Heather and Michelle meet someone, they feel their hands,” says Mundy. “And they can tell if they’re a nice person or not. Sometimes they don’t know if they’re a man or a woman. Eventually they work that out, but they never ask about the colour of their skin. They never ask about their cultural background or their sexual preference. It doesn’t matter. As long as they feel nice, that’s all that counts. They put their hands in the trust of strangers in a way that we can never understand, and that’s something massive we can learn from them.”

For taste of Imagined Touch, watch the video below. 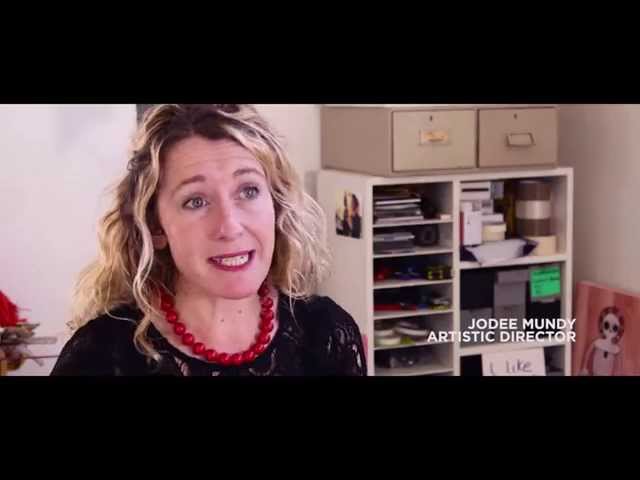