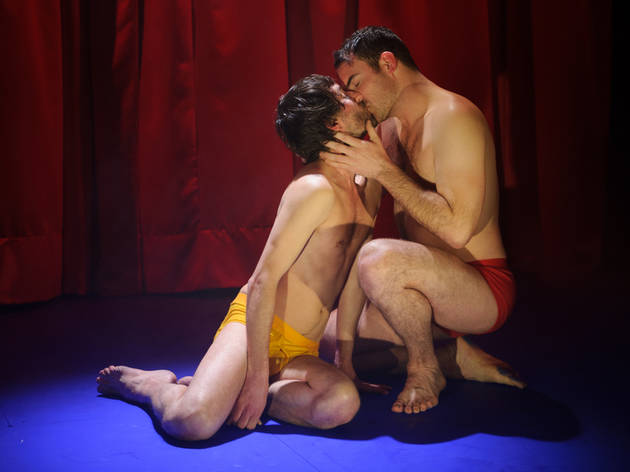 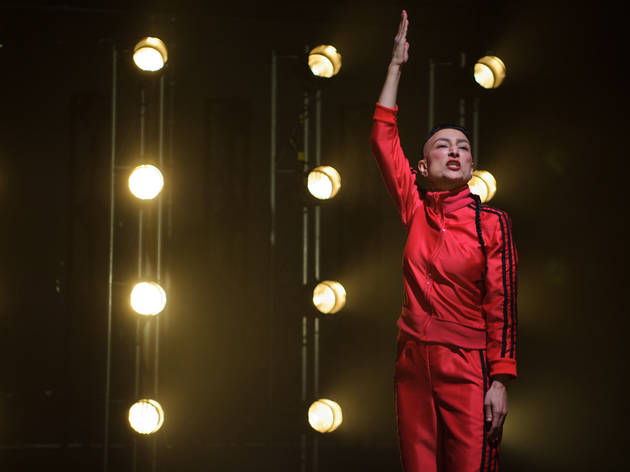 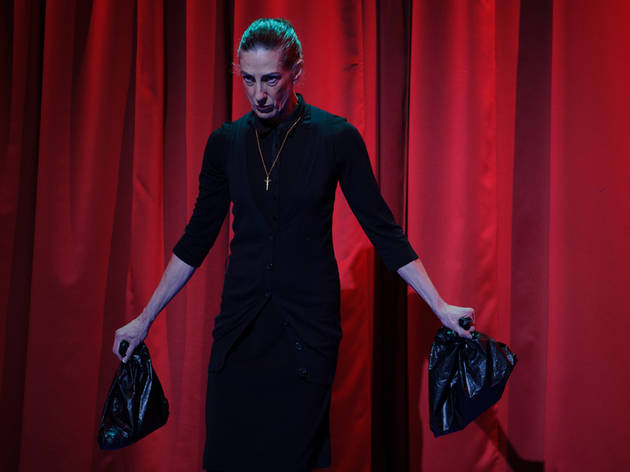 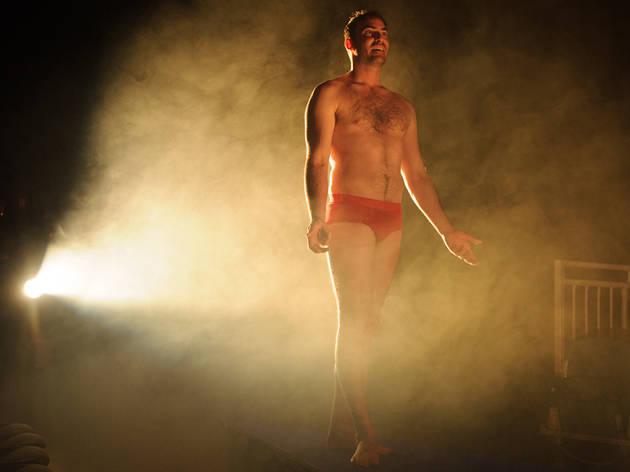 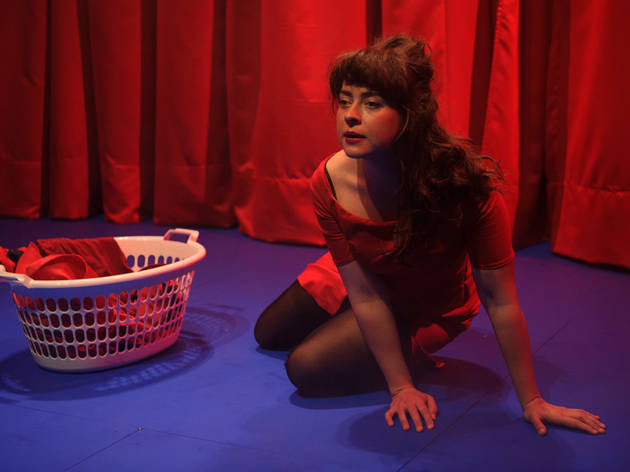 Little Ones Theatre's Merciless Gods was one of Melbourne indie theatre's major hits of 2017, picking up five Green Room Award nominations and two actual wins. It also scored a mention in our alternative Helpmann Awards. In 2019, the play will return to Melbourne for an encore season as part of Midsumma. Read our three-star review of the original season below:

Christos Tsiolkas is our antipodean gay bard, sometimes coming off like a slightly aggressive Armistead Maupin, or even Alan Hollinghurst at that writer’s dirtiest and most explicit. But he’s really closer in spirit to Jean Genet; like Genet, he has made his working class credentials a central pillar of his writing, revelling in the most sordid aspects of his own milieu while wearing his busted romanticism on his rolled-up sleeve. His was the classic “fuck you/come kiss me” ambivalence of the young iconoclast, and gave his novels Loaded and Dead Europe a savage vitality and edge. But Tsiolkas isn’t the angry young man anymore; he’s a doyen of letters, and as establishment as you can get.

Which is why his collection of short stories, Merciless Gods, collated over his entire career and published in 2014, was such a revelation. That fire, that searing anger, was still in evidence but it was tempered by a grudging empathy for his deeply flawed and often hateful characters. It was as if his spiritual yearning had finally peeped through the abject grime of his worldview.

Given that these stories have no thematic link, no uniformity of character or place, a theatrical adaptation seems like a tough ask – and this production by Little Ones Theatre is a mixed bag.

Playwright Dan Giovannoni cleaves closely to the source, which means we get eight vignettes of similar length and wildly varying impact. The opening scene is adapted from the title story, and concerns a group of friends at a dinner party who take turns sharing an anecdote on the theme of revenge. If Tsiolkas’s original feels lightly contrived, it has the benefit of some searing insight into the ambivalence of friendship, into the ways that envy and lust can eat away at group bonhomie. Giovannoni’s version has none of this, and comes across as merely irritating; it’s a bunch of unlikable and barely credible arseholes whining at each other, and proves disastrous as the opening gambit of a show that is already difficult to corral.

Thankfully, the next piece – about a mother watching the gay porn of her dead son – is sublime, and introduces the actor who comes closest all night to galvanising and legitimising the entire project. Jennifer Vuletic is utterly magnetic in a number of roles, and brings to mind Pamela Rabe or Melita Jurisic in her ability to elevate emotional honesty into an act that borders on liturgy. She’s extraordinary in a subsequent story about a grotesquely narcissistic mother who torments her daughter and son-in-law while wearing nothing but her contempt. And she is terrific as a spindly prick of a father who has gathered his family to help him end his life.

Technically, the production is strong, with a restrained design by Nicolazzo regular Eugyeene Teh and striking lighting by Katie Sfetkidis. Nicolazzo directs with restraint too, and sensitivity. But his signature style – the heightened theatricality and kitsch, the arch and knowing performances – feels muted here. The scenes of straight realism aren’t as dynamic or vital as they could be, and there are virtually no opportunities for the kind of sophisticated camp for which this company are famous.

Giovannoni’s work on the adaptation is too reverential and too literal, which gives him no chance to strengthen the connections between the scenes. Some themes emerge – the otherness of the homosexual and migrant experience, the corrosive effects of porn, the crippling psychological damage wrought by parents – but the individual parts don’t fully coalesce or cohere into a satisfying whole. Disconcertingly, some of the sexual politics seems stubbornly stuck in mid-90s nihilism; there’s no acknowledgement of the mainstream gains, and/or? the gentrification of gay desire, that have occurred over the last decade. Perhaps the strongest idea that this production conveys is that the queer gods of yesterday don’t necessarily make the most appropriate ones for now.