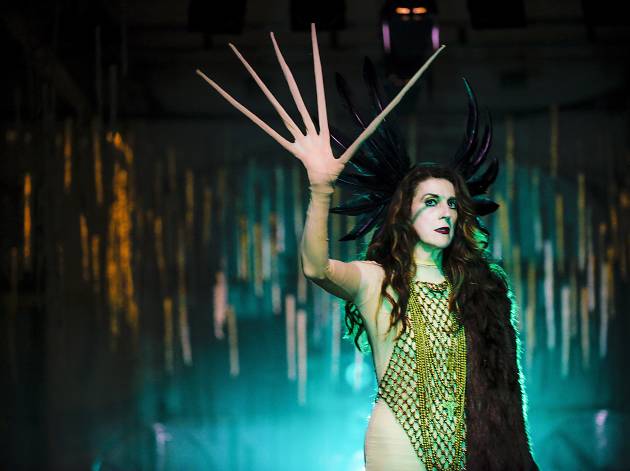 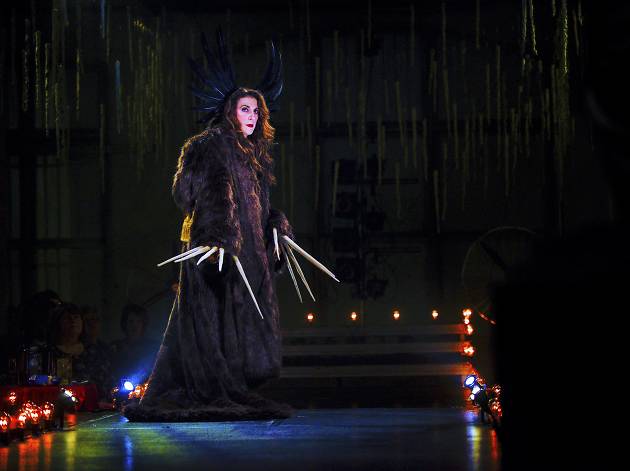 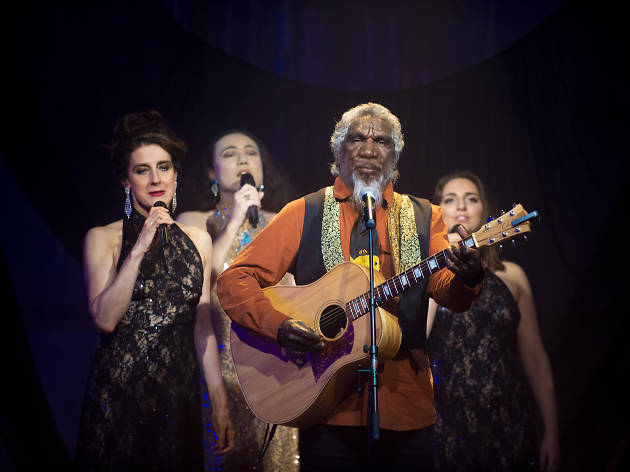 In 2004, Moira Finucane and Jackie Smith presented The Burlesque Hour. It was subversive, queer and feminist, and as empowering as it was shattering. With diverse artists telling very personal stories, it refused to present women with a negative gaze. And as it hurt to recognise how negative we are about bodies – especially our own – its exaggeration and celebration of all sexuality was so positive that I remember where I sat the first time I saw it.

Since then, they have continued (without ongoing funding) to develop new work, and introduce and mentor new artists. The stories change, but always start with changing perceptions so that the lens of any old gaze is crushed into sand. As they have become Melbourne institutions – when will the laneway behind fortyfivedownstairs be re-named Finucane & Smith? – they have been to festivals all over the world, often as the first Australian work seen at the festival, and regularly work in central Australia.

Art vs Extinction is the second part of the Rapture series. While she’s supported by a mini choir (the always-exquisite Mama Alto, newly-welcomed opera singer Piera Dennerstein and pianist Rachel Lewindon), it’s Finucane’s most personal and revealing work. Last year’s Part 1 was about spirituality; this year’s began when she received a grant to go to Antarctica. Here she saw whales, got a free jacket, conquered the humiliation of karaoke and met her Ice Queen.

Finucane’s queens are women who will change the world. This one is hundreds of years old and made from Antarctic ice. With dark flowing hair, sinewy arms and a bejewelled dress layered with ice-blue tulles, she’s the type of intimidating that is impossible to look away from. She’s unafraid of the lines on her skin and has a confidence that ignores ego because she never doubts her worth. She also knows why those gigatons of Antarctic ice sheet have to stay frozen.

This queen is understandably angry, but her anger comes from compassion, frustration and determination. She paces in bare feet on a raised stage that crosses the room so that everyone is close enough to be looked in the eye. She talks about generations of loss, lists animals that are already extinct in Australia, and explains what will be left if the ice shelf melts. This show is about truth, even that which is so sobering that the only way to hear it is to begin by laughing.

The Ice Queen takes off her clothes to reveal a blood-red layer, and is finally left in a comfy pair of low-slung jeans. At 55, her body’s performed, loved and made children. Until there is no shame in the truth of all naked bodies, she’ll keep being naked. Her exaggeration softens as the queen becomes more human and soon puts on her free jacket and drops the performing mask. The Rapture is where the performer is able to be herself; it can be a revelation to realise that the queen is like us.

Her story moves from penguins and a poem about KRILL!!! to Marlinja in the Northern Territory where Finucane was recently told stories, shown paintings and taken to the places of massacres. This is truth. As it is true that 85% of the NT has applications for or existing fracking licences. One of the people who shared stories with her is guest Ray Dimakarri Dixon. He sings his own songs. The Mudburra language sounds familiar but is only spoken by 50 people. Extinction versus art: art has to win.

The shift from Antarctic epic fiction to Indigenous Australian reality feels awkward until we see the connection. It’s all connected. Violence against women, greed and indestructible plastic fishing nets that are dumped and will never stop killing. It’s all loss. It’s all truth.

Art vs Extinction shares it multiple stories in different ways to the burlesque origins of Finucane & Smith’s work and is still setting into its bigger story, particularly in the second half. But the gaps in the consistency of the telling are waiting to be filled by other voices. We are the missing voices. Our stories are truth. Art is truth. Action is art. And in a world that seems hell bent on destruction, truth is the only way forward.