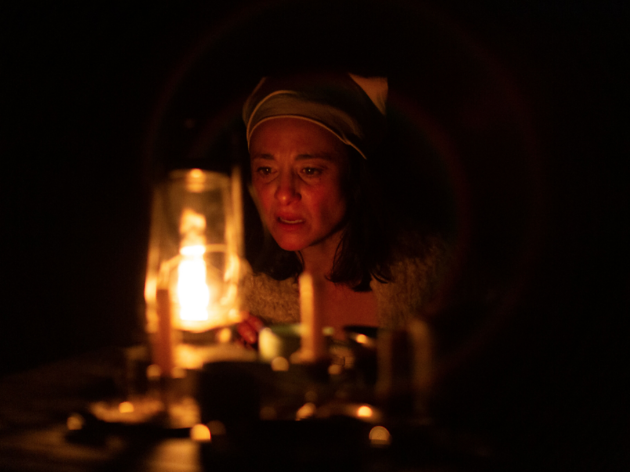 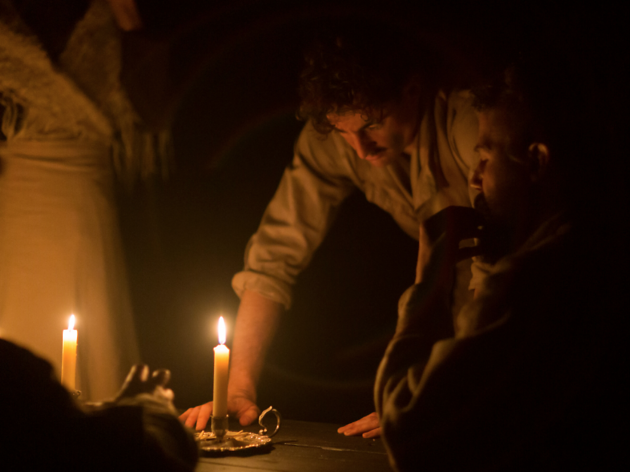 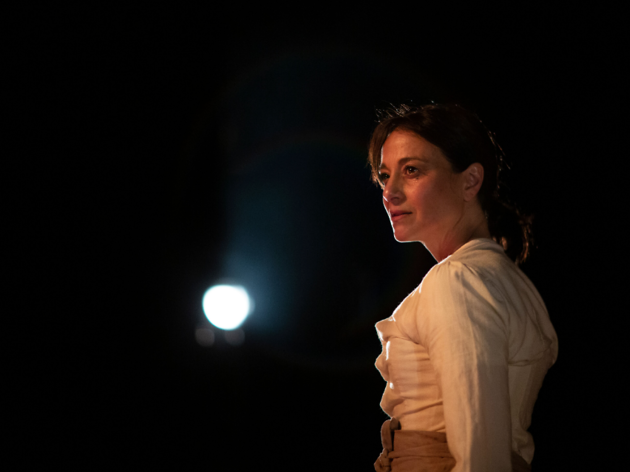 This ambitious, centuries-spanning play is packed with ideas and feeling

It’s 1889 in Cornwall. It’s a freezing winter night. A suited stranger interrupts a family dinner and introduces them to a strange, black substance pooled within a lantern. This is oil, and it shocks everyone into excitement or doubt – it ignites into a warm, thick tongue of flame, but gives off a peculiar smell. After the stranger leaves, May, the pregnant wife of a farmer, decides to go outside. She picks up the lantern and starts to walk. She walks through time. It’s now 1908. Tehran. May, a servant, with her eight-year-old daughter Amy in tow, scrounges up one last job. Time jumps forward again, and May and Amy, now in a car, drive through decades, to 1970, where they thunder at each other in a kitchen in Hampstead. Time jumps forward again. May flies. It’s 2021, in the bomb-stricken sands of Baghdad. Time jumps. It’s 2051. Cornwall.

And so goes Oil, by British playwright Ella Hickson. It’s a play that moves forward through the centuries like the crawling spread of a flame, tracking the destruction that ambition or love can leave in its wake. Under the direction of Ella Caldwell, this latest Red Stitch production is an experience so full of ideas and feeling that it ought to burst: it’s a mad swirl of hope, love, greed and progress; of geopolitical, ecological, commercial and maternal concerns. It’s the type of play that’s so gargantuan in theme that a review may do little but list.

At the heart of Oil, however, lie two major ideas: the oil industry’s knotted co-dependence between the suppliers in the East and the consumers in the West, and the stronghold connection between a mother and her child – here, May and Amy. These two concepts – the industrial and the familial – loom large in the face of each other, and offer meaningful comparison as they become both, in their own ways, fuelled by hope and idealism.

At times, these ideas seem even to mirror one another: as May faces a takeover of her oil company by the Libyan government, she’s also in the process of banishing the bone-headed boy in her kitchen, with whom her daughter is helplessly in love. Her two-pronged outrage is powerful and immediate – and on Greg Clarke’s linear set, where the long stage is sandwiched between two sides of the audience, and everything is up close and personal – you can feel her anger thunder.

Daniela Farinacci triumphs as May, the muscle of the show, journeying through the epochs steel-boned and bright-eyed, with a sharp inextinguishable verve that betrays a blaze within. Alongside her, Hannah Fredericksen occupies a slightly lesser role as Amy, but matures compellingly with each era, as her high-toned childishness renders into a sure-footed, passionate fury.

Caldwell also recycles members of the ensemble cast in each act, and though these actors – portraying lovers, colleagues or strangers in the night – make less rounded characters, it’s fun to watch them reappear, Cloud Atlas style, in different eras. Darcy Brown is a standout as the skittish 19th century American businessman, and later as Amy’s dumb hippie boyfriend; and Matthew Whitty’s guttural rage tilts brilliantly through the decades into tipsy amicability.

Other minor motifs seem to recur but some lack resolution; such as Amy’s constant visions of a burning man. And Joss (Charlie Cousins), May’s timeless lover, doesn’t leave much of an impression as he dissolves, through the years, from a fully formed 19th century character into an intermittent apparition (and part-time narrator); a symbol of May’s vague longing and caustic loneliness.

The play demands that only the power sources available in each era are allowed to be used: and so as Oil shutters through each epoch, the lighting (designed by Clare Springett) – as the tiny, candlelit flicker steadies into harsh fluorescent – brightens and sours. It’s a symbol of the way something as initially luminous and exciting as oil can curdle with human greed, selfishness and violence; and how the warmth of maternal love may grow brittle and tense. Though as the play notes: while both hold the potential to ignite a blaze, only one will truly never run out.