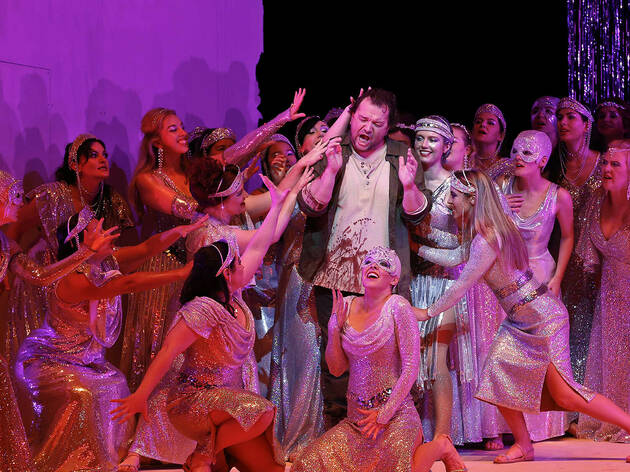 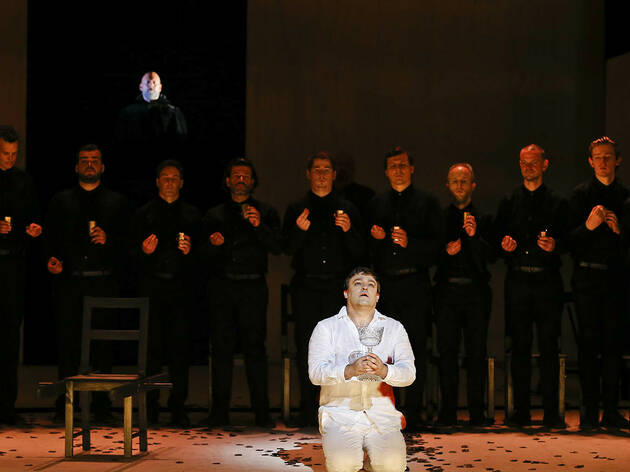 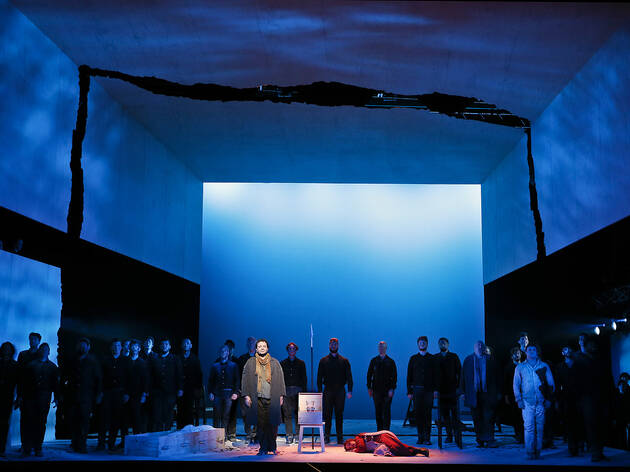 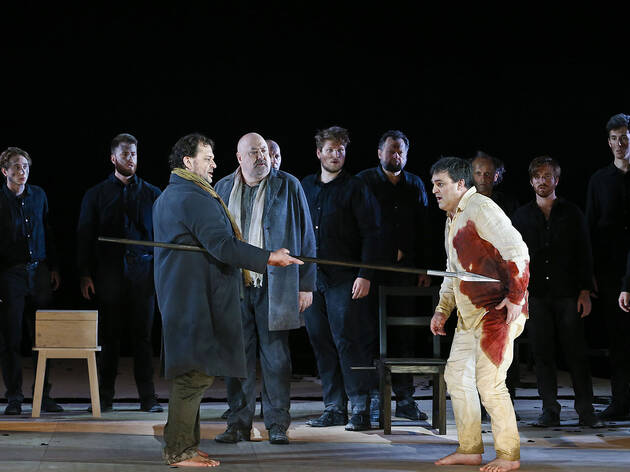 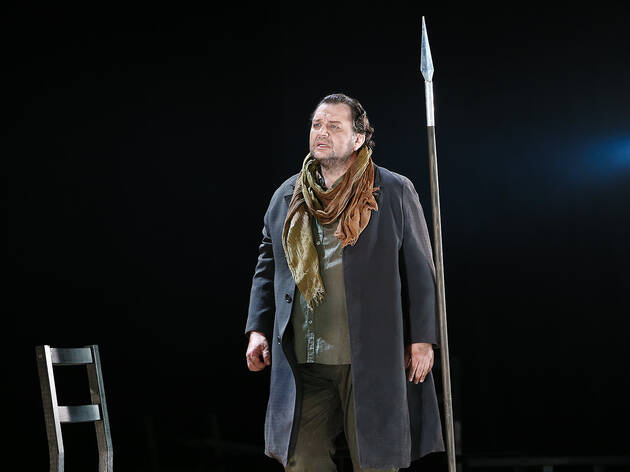 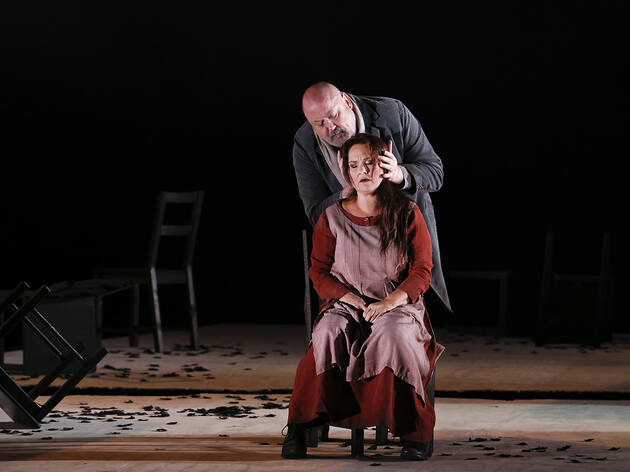 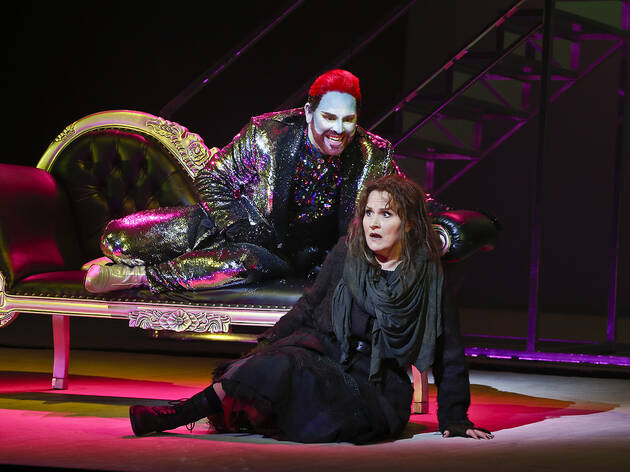 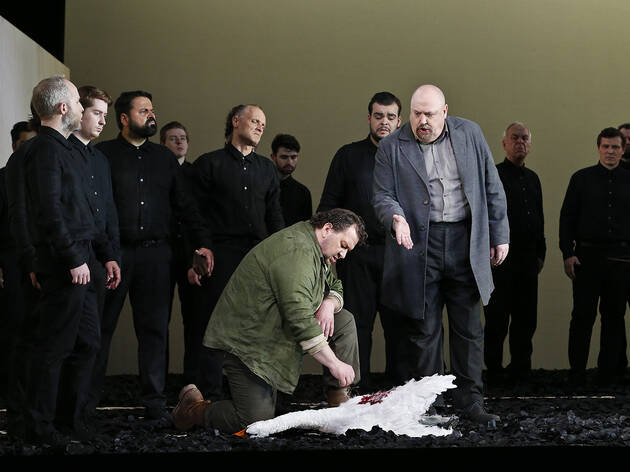 Wagner's Arthurian epic is at the Palais Theatre

Wagner’s final opera, shimmering with the reflected ecstasies of death, was first performed in 1882, the year before the composer’s own demise – but for some reason it’s never been seen in Australia in a fully staged production. Maybe this dates back to the strict controls Wagner placed on its performance before he died; concert versions were legally all anyone outside of Bayreuth were allowed to see until 1914. There’s certainly no impediment from a production perspective, if Victorian Opera’s effortless result is any measure. Sure, it’s long at over four hours, but then most of Wagner is, and stood against the entirety of Der Ring des Nibelungen at 15 hours, it’s a breeze.

Parsifal develops many of the musical innovations that define Wagner’s earlier body of work – with as refined an application of the leitmotif as one is ever likely to hear – but it also diverts in interesting ways. Wagner was always a fan of symbols, but they’d never been as overtly Christian as here, with the Holy Grail and the spear used to wound Christ on the way to Golgotha functioning as major plot devices. There’s a heavy liturgical bent to the libretto, but there’s thankfully nothing churchy about the music.

Parsifal (Burkhard Fritz) enters the world of the Grail knights as an “innocent fool”, wandering around the action without a clue, rather like the Ring’s Siegfried. The king, Amfortas (James Roser) has been wounded by Christ’s spear in the castle of Klingsor (Derek Welton), and the wound will not heal until the spear is returned. Amfortas should rightfully be allowed to die, but the knights need him to constantly perform a mass involving the Holy Grail, extending their own lives in exchange for the prolonged agony of his.

This idea of death stretched out, unnaturally postponed into infinity, is echoed in the story of Kundry (Katarina Dalayman), who flits between the world of the knights and the pleasure palace ruled over by Klingsor. Her history dates back to the actual spearing of Christ, where she laughed and drew down a curse on her that extended her life in torment and shame. All she can do is sleep out great chunks of existence, until the innocent fool arrives and proffers an alternative mission, one that just might free the world of its suffering, from its wheel of fortune.

There are a dizzying amount of symbols and references at play in this work, from the Buddhist notion of wisdom through compassion, through the myriad echoes of Greek, Roman and Nordic mythology, to the central Christian ideal of self sacrifice. Any production that forces one interpretation is in danger of quashing others. Roger Hodgman’s decision to abstract the action, to set it in what looks a lot like one of James Turrell’s light boxes, albeit with a gargantuan tear in its foundations – a horrible gash that recalls the primal splitting of the fall from Paradise – means that the pregnancy of the work’s ideas remains constantly in gestation. Even at the end, when the story and the chords resolve, we are left with a sense of a power held in reserve, or perhaps lifting into a higher plane.

Certainly, the singing is otherworldly. Fritz doesn’t look the part of the gorgeous young seer who will break the chains of an ancient curse, but he sure sounds it; there’s a soaring clarity to his musical phrases that makes the character’s plodding intellect feel almost like a spiritual position. Dalayman is terrific as the shapeshifting Kundry, at turns seductive and strained, with a sumptuous lower register that suggests the fullness of the woman beneath the compromises of her various positions. It’s a pity Wagner leaves her so silent in the third act, a mere vessel for religiosity. Roser makes a suitably painful Amfortas, and Teddy Tahu Rhodes makes the most of his brief appearance as his father, Titurel. Peter Rose, in the ostensibly supportive role of Gurnemanz, is magnificent; stately and wearied, he manages to turn large swathes of exposition into glorious music. Most revelatory of all is Welton in the role of Klingsor; it’s a relatively small part, but it packs an enormous punch, and he is electric in it.

Mills conducts the Australian Youth Orchestra with considerable aplomb, even if it takes a while for the wheels to stop squeaking. The opening prelude is too hesitant, and the pacing stilted, so that those glorious flowering trumpets feel almost muted. But they soon warm up, and by the time the orchestra reaches the prelude to the third act, there’s an expansiveness and lyricism that speaks of utter confidence. The chorus is exquisitely harmonic throughout, dynamic and supple, full of the existential longing that is the engine of this most spiritual of operas. The complexity of ideas is paradoxically made manifest by the towering simplicity of the set design (Richard Roberts) and sheer gall of Christina Smith’s often literally dazzling costumes.

That longing we can hear in all of Wagner, the reaching power of his musical progressions, is curiously close to a death wish in Parsifal. Characters long for it, often as a mere end point in an existential wasteland. And while the plot may rely on the potency of Christian symbols, the music suggests a great beyond, outside religion and dogma. This full and considered production seems to carry the shadow of the music Wagner would go on to compose in heaven, assuming there is such a place. Of course, for us trapped in this earthly realm, Parsifal itself will have to suffice.