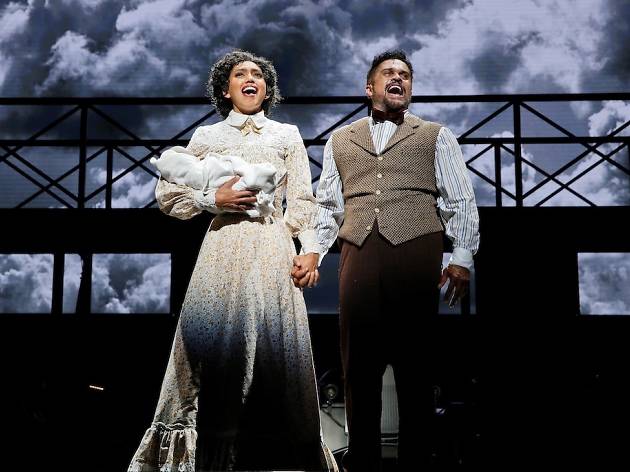 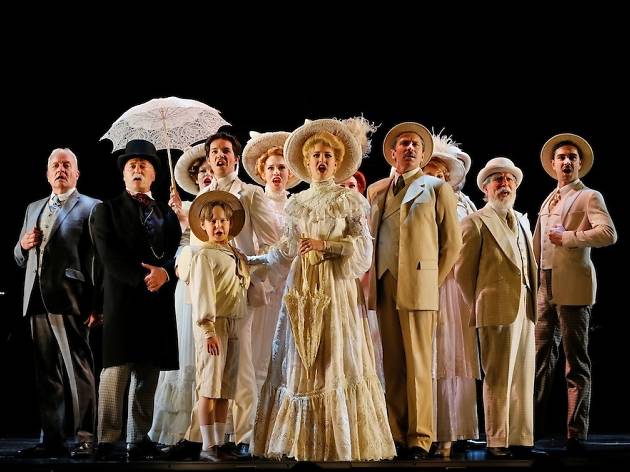 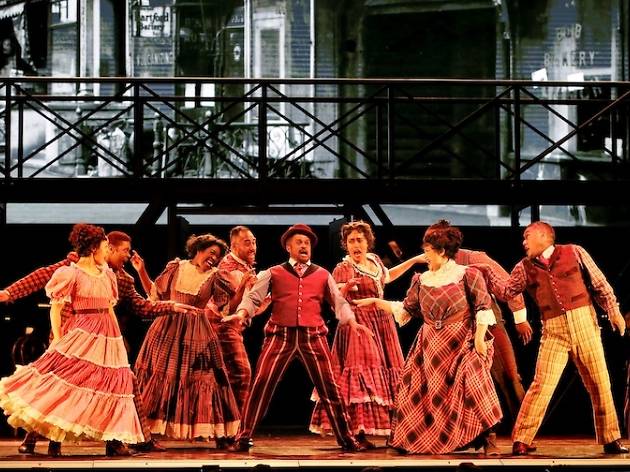 This Broadway gem is having its Australian professional premiere in Melbourne

The announcement that the Production Company would be closing next year after 21 years of musical production in this city took most of us by surprise; the company’s history may be uneven – while on average their output has been excellent, they’ve certainly had their fair share of disasters – but it has provided a vital platform for musical theatre in Melbourne. Their penultimate show (there will be a final production next year, as yet unannounced, before the lights go out forever) is Ragtime, a 1998 adaptation of EL Doctorow’s 1975 novel of the same name. In many ways, this production is a perfect distillation of the company’s strengths and weaknesses.

Ragtime is an ambitious, sprawling saga of life in New York (and New Jersey) in the first decade of the 20th century, as race tensions mount and hordes of new arrivals from Europe teem into the ports. The extraordinary opening number, ‘Ragtime’, establishes the three groups who will provide the raw materials of the story: the wealthy, and racially segregated, socialites of New Rochelle; the Jewish immigrants from the diaspora; and the Harlem musicians who are in thrall to a new musical form, Rag. It’s a new world pushing aggressively into the comfortable assumptions of the old, and the tectonic frictions will produce tragedies and triumphs for all.

The plot centres on Ragtime pianist Coalhouse Walker Jr (Kurt Kansley) and his love Sarah (Chloé Zuel), who have a baby out of wedlock, and are taken in by the wealthy white matriarch simply known as Mother (Georgina Hopson). Father (Adam Murphy) is away on business, a self-satisfied racist who is appalled on his return to find a black woman and her child living in the family home. A third plot strand involves Jewish immigrant Tateh (Alexander Lewis), who slips instantly into working poverty but who has untapped talents he’s yet to discover. As in all good musicals, these characters’ lives will intersect and impact on each other in profound ways.

It’s hugely ambitious, because it aims to elucidate nothing less than the spirit of a nation. It mixes these fictional characters with figures from history, including Harry Houdini (Louis Lucente), JP Morgan (Anton Berezin), Henry Ford (John O’May) and Booker T Washington (Joti Gore). And it deals with some massive social issues, from the exploitation of the worker to the rise of sectarianism and racial violence. Stephen Flaherty’s sublime score is richly historical and sweepingly emotive, and Lynn Ahrens’ lyrics are wonderfully sophisticated, simultaneously direct and complex.

And yet, for all its ambition and beauty, the show has some problems, and Roger Hodgman’s direction doesn’t always disguise them. Terrence McNally’s book handles the novel’s tone and scale, but it makes a mess of its structure, with a late tilt in the first act towards tragedy that feels so contracted it fails to land. The second act is better, because it has a sense of inevitability about it, but because it is predicated on the earlier tragedy, it never quite achieves the power it’s after.

As if to exacerbate this – and simultaneously underline the issue of consistency that has plagued the Production Company from its outset – the central performances are uneven. Kansley is a likeable presence as Coalhouse, but his voice is underpowered and not always in tune, and Zuel fails to bring much to the underwritten Sarah. Lewis is very strong as the upwardly mobile Tateh, and Sage Douglas and Mackenzie Dunn bring plenty of sass and vigour to the real-life Emma Goldman and Evelyn Nesbit respectively.

Best of all are two relative newcomers who must surely be destined for bigger things. Ruva Ngwenya lifts the closing number of the first act, ‘Till We Reach That Day’, into the stratosphere, and Hopson is so good as Mother you find yourself missing her when she leaves the stage. Her deep sympathy and glorious, warm mezzo-soprano are the lynchpin of the show, and her stunning rendition of ‘Back to Before’ in particular, is show-stopping.

The production looks lovely, with Isaac Lummis’ costumes evoking the lushness and grit of turn of the century America, while Christina Smith’s simple set and Nigel Levings’ flexible lighting keep the show moving smoothly. Guy Noble’s musical direction is top notch, producing some exquisite playing from the orchestra and particularly fine chorus work from the cast.

Ragtime is certainly worth seeing. It’s the last show the Production Company will perform in the grand expanse of the State Theatre, and it’s certainly far less problematic than the flat-out racism of their Thoroughly Modern Millie. But it also perceives the problem of race in America from the lens of the white man – Mother is a clear “white saviour” role, adopting the black child as an act of kindness but also of colonisation – and is looking more than a little dated after The Scottsboro Boys, not to mention the game changing Hamilton. The Production Company are about to become a part of Melbourne’s past, and as Mother sings, “we can never go back to before”.