Sexual Misconduct of the Middle Classes 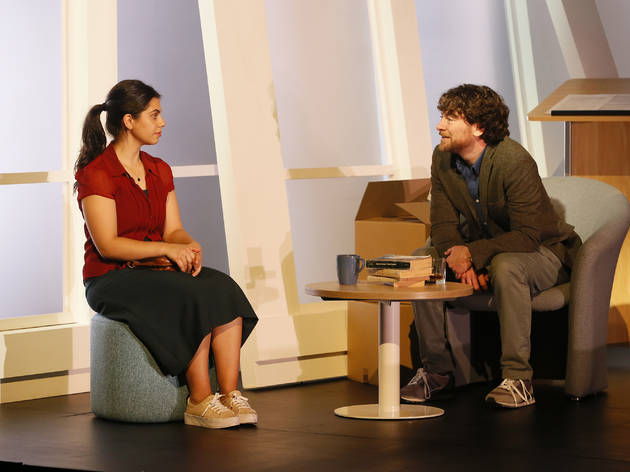 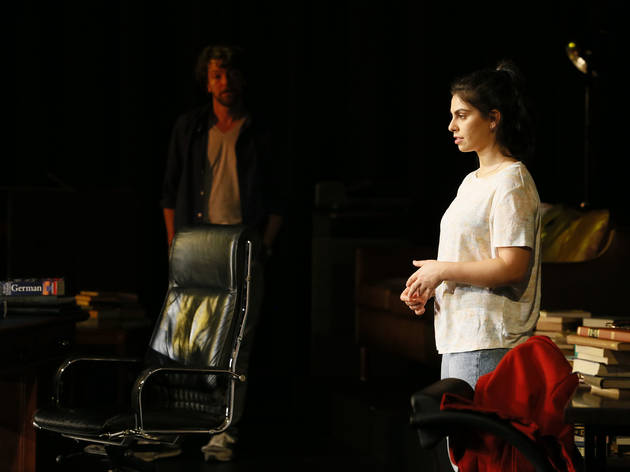 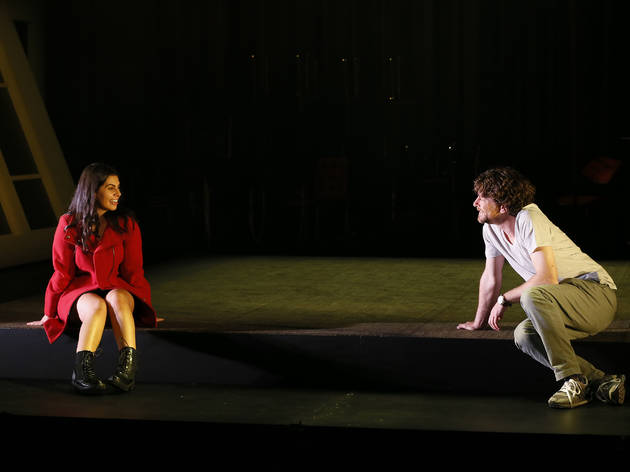 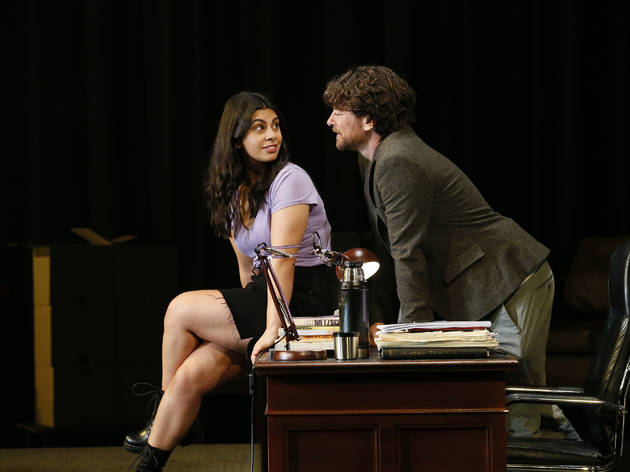 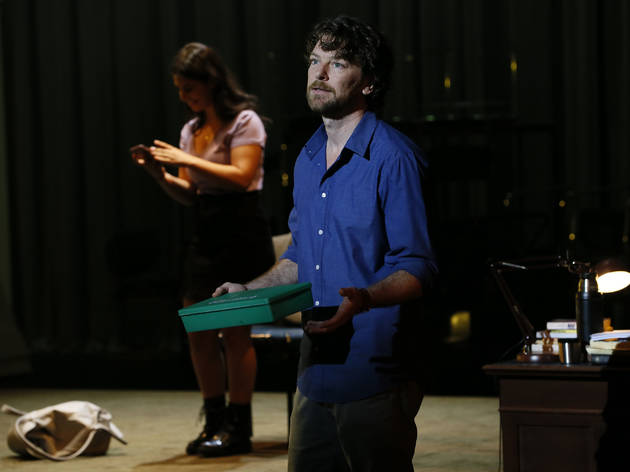 Update 21/07/2021: Sexual Misconduct of the Middle Classes is available to stream via MTC Digital Theatre until July 27. Head to the website to book your digital video pass.

There has been so much awful, really stomach-churning sexual violence in our public spheres lately – from the perversity of Weinstein and Epstein, to our own stinking corridors of power – that it feels like we may be wading too deep in the sewage by even going to a play called Sexual Misconduct of the Middle Classes. But Canadian playwright Hannah Moscovitch has fashioned a charged two-hander that burrows into the systemic power imbalances that gave rise to the #MeToo movement without making us feel dirty in the process. Whether she burrows deep enough, indeed, whether we should feel so cleanly entertained after this kind of exploration, is a question that lingers after the lights go pointedly down.

The first thing that strikes you as the play begins is that Jon (Dan Spielman), the “rockstar lecturer” and acclaimed author who quite clearly represents the power in this power dynamic, is for a long time the only one speaking, and that he refers to himself in the third person. It’s a curious choice from a play that has been written in the wake of #MeToo. Jon doesn’t only hold status over his nineteen year-old student Annie (Izabella Yena); as the authorial voice and central character in the play, he holds status over us too.

In so many ways, in almost every way, Jon is charming and good natured and self-deprecating (if not exactly completely self aware). He’s just experienced the breakdown of his third marriage – there is a hilarious sequence when he describes to us precisely how and why this relationship falls apart, and the “investment property that turns out to have been more of an escape strategy” for his unnamed wife – and finds himself attracted to Annie, the “girl in the red coat”, despite the fact that she’s his student and decades younger than him.

That red coat is a telling symbol throughout. Of course, it contains an obvious echo of Red Riding Hood (where Jon is the wolf and Annie his prey). But it also recalls Nicholas Roeg’s 1973 film Don’t Look Now, where a married couple are haunted by visions of a girl in a red coat. That girl acts as a lure and a warning, two aspects of Annie’s character that are central to Moscovitch’s telling.

All of which makes the playwright sound dangerously out of touch: centring the male gaze; trivialising the subtle ways in which Jon shifts the locus of control onto Annie, so that a sexual relationship seems like her idea all along; normalising his abrupt cessation of affection when circumstances change and make the relationship problematic for him. Just what is the playwright doing here, we ask ourselves. Of course, Moscovitch is a single but significant step ahead of us, and she ends her play with a twist that upends our understanding, and subsequently throws the entire foundation of the story into stark relief.

Petra Kalive’s direction is alive to the subtleties driving Moscovitch’s script, the tiny gaps in communication and intent that fissure and grow in significance. There is a casual approach to pacing and tone, which tends to flatten the dramatic stakes somewhat, but the upshot is a world that feels painfully credible and immediate. Marg Horwell’s set never quite feels comfortable on the Sumner stage, a grab bag of ideas that fail to coalesce. Rachel Burke’s lighting is smart, with a simple but powerful reveal in the play’s dying moments.

A two-hander like this lives or dies on the performances. Spielman is magnificent, a creep in a most attractive skin; there is something adorably daggy and non-threatening about him, so much so it’s easy to miss the note of savagery running just below the surface. Yena is a superb foil, wide-eyed and enthusiastic at first, and then increasingly disturbed and finally, quietly traumatised. Jon keeps referring to Annie’s “blank stare”; when we see it on her face it isn’t blank at all but roiling with the thousands of years of abuse and degradation women have suffered at the hands of “good men” like him.

Moscovitch’s title references David Mamet’s 1974 play Sexual Perversity in Chicago, and her conceit is more than a nod to his 1992 play Oleanna, about a university lecturer and a female student who accuses him of sexual harassment. This makes Sexual Misconduct of the Middle Classes a kind of response and a reframing of the debate, a way of putting the audience inside the head of a man who abuses a young woman and thinks he’s done her a favour. Although the final scene, set many years later, feels underdone, a missed opportunity to make the play’s key themes really sing dramatically, the final moments show a playwright adept at the bait and switch. The young woman in Oleanna says “Don’t worry about me. I’m alright” at the end of that play. Annie’s last line is “I feel better now”. That might be an improvement, but it certainly doesn’t seem like the end of this affair.