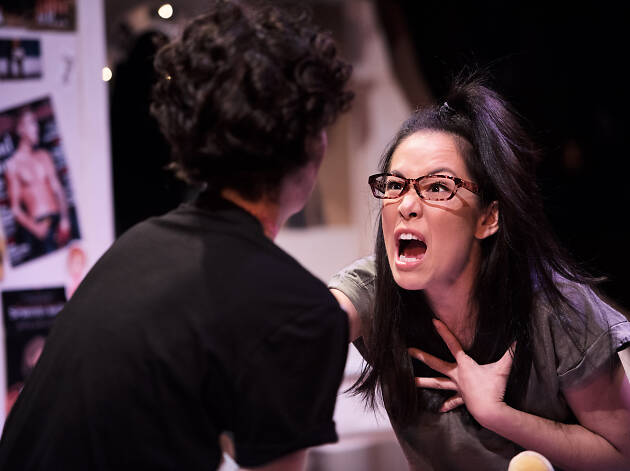 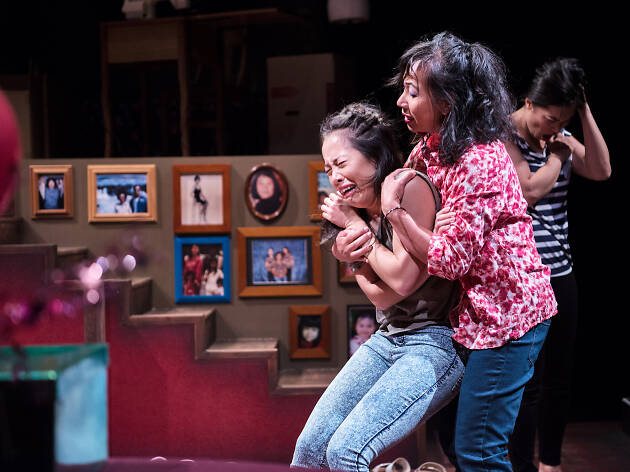 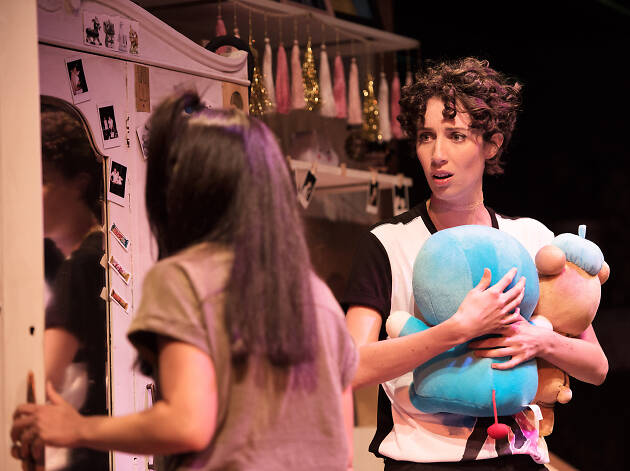 Michelle Law's comedy, about a family of Chinese women living in the Sunshine Coast suburbs, makes its Melbourne debut

This is a review of the 2018 Sydney season of Single Asian Female. The play is having its Melbourne premiere as part of the Melbourne International Comedy Festival with most of the original cast returning. Jing Xuan Chan is replacing Alex Lee as Zoe and Tatum Mottin is playing Lana.

Read our interview about the play's Sydney debut with playwright Michelle Law.

It’s rare to see a playwriting debut that comes with a fully-defined, genuinely funny and self-assured voice, but writer Michelle Law has leapt into the world of theatre without so much as a tremble. Single Asian Female is a gem: an essential new play about the contemporary Australian experience through the eyes of restaurant-owner Pearl Wong and her daughters Zoe and Mei.

Pearl (Hsiao-Ling Tang) runs the Golden Phoenix, a Chinese restaurant, on Queensland’s Sunshine Coast. She’s been doing it alone since her husband left and it’s clear from the beginning that the separation was far from amicable – Pearl tells us so herself, breaking the fourth wall in the middle of a triumphant karaoke rendition of ‘I Will Survive’, a signifier of her finally-settled divorce. But there’s something troubling Pearl even now in her newfound freedom, and she just wants to talk to her daughters about it – if they can all find the time to just sit and be together.

It’s hard, because life, as always, gets in the way. For Zoe (Alex Lee), that means her auditions to become the professional violinist she’s always dreamed of being – not to mention playing the dating game and maybe seeing a new guy – as long her anxiety doesn’t interfere with her plans. For Mei (Courtney Stewart), it’s all the burning frustrations of being so close to the end of year 12 she can practically taste it: just a maths test and a formal to go before she’s free from a particularly tough time in the social order. Like every teenage girl she pushes her frustrations onto her family – the safe place to be mad.

The three women are each caught in the moment before a major life change and they can sense it almost like you can a coming rainfall; their tensions are high, their nerves frayed, their family ties inextricable and unavoidable through it all. If all each woman needs is a bit of good luck, what are their chances of receiving it? The Australian proverbial rising tide really only lifts the boats of straight, married white men, which puts each of the Wong women at a triple disadvantage. Pearl is laughed at because of her appearance and her speech; Zoe has to dodge not just mansplainers but also racists and exoticising fetishists in her hunt for love; and Mei can’t even take comfort in her own culture when it’s being used against her at school, where she’s subject to painful bullying.

Law has taken the established kitchen-sink drama format and infused it with new energy; director Claire Christian leans on that energy and dials up the humour and warmth to create a complex and generous feel, propelling the action forward through the relationships building and twisting onstage. She has drawn rich performances from the entire ensemble (which includes Emily Burton as Mei’s best friend Katie, Patrick Jhanur as one of Zoe’s dates and Lucy Heffernan as Mei’s frenemy Lana) and it’s remarkable how much the Wong women feel like a real family, with lived-in connections, irritations, and bonds. The spectre of Pearl’s husband and the girls’ father looms over the play, reaching into all corners even in his absence – an apt, though blessedly unseen, reminder of the way living under toxic patriarchy leaves long-lasting scars.

Moe Assad’s set and costumes ping with recognition (The Golden Phoenix looks like your favourite family suburban Chinese restaurant), and is lit with care by Keith Clark. Wil Hughes’ sound design is ambient, playful, and gently directive of our attention.

There are a couple of unwieldy scenes and the transition between sorrow and comedy could take your breath away, but these are minor issues, secondary to the joyous, moving experience it is to spend a couple of hours with the Wong women. This is a vibrant, quick-thinking play, and a necessary addition to the Australian theatrical canon.